Intense program for Saturday at the Flamenco on Fire festival in Pamplona. Pepe Habichuela and Josemi Carmona in concert, and Estrella Morente and family.

All in the family, or at least part of the Habichuelas in the early evening.  And at night, the Morente family in another of the Festival's venues.  This is really a family event, and you notice it, at the hotel, the lectures, in the street and of course, on stage.  Pepe Habichuela and Josemi Carmona can be considered artists in residence of this first edition, they've been participating in many activities since the first day, and mingling with all the artists who are passing through, so the complicity among them is constant.  But yesterday was the day of their show “Habichuela en Rama”, in which father and son displayed their music, that of Pepe Habichuela.  Classic flamenco, yes, but always avant-garde as well, he played tarantas remembering Morente, in addition to soleá, and siguiriyas from his record “Yerbagüena”, with a truly moving ending, keeping the audience transfixed throughout. 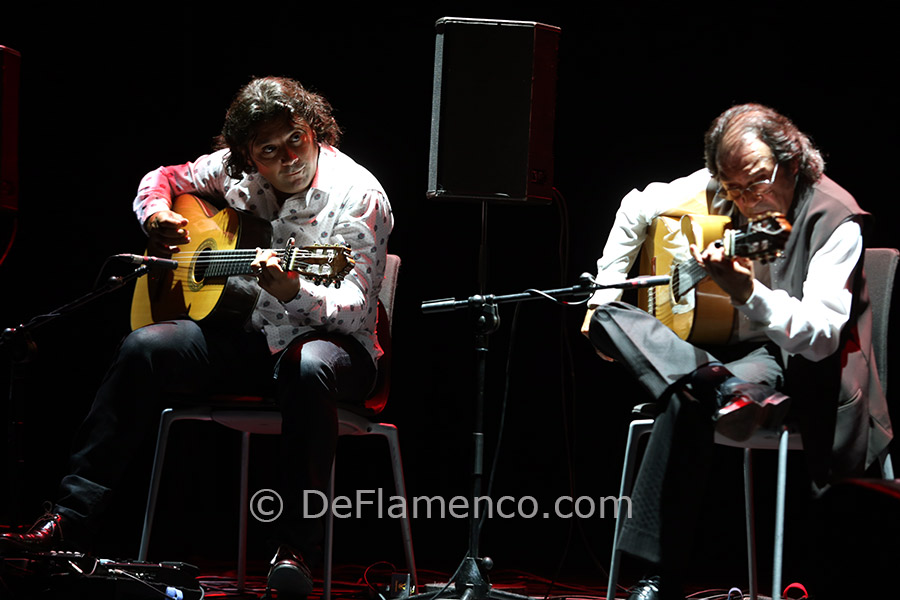 Josemi Carmona, perhaps the family's musician who has most explored other music, from pop to jazz, without leaving the base of flamenco, opened the recital with some pieces from his last record “Las Pequeñas Cosas”.  When father and son play together, you see the complicity, these are artists who feed each other's creativity.  In a guitar concert there is usually some singing, in this case, from Rafita, and dance, from Seville dancer David Paniagua, also a member of the family, performing tangos to wrap up a magnificent concert.  The icing on the cake, with a truly original fiesta finale, with the incorporation of Juan Carmona and Amparo, wife of Pepe Habichuela, the kind of thing you imagine taking place in this family when they get together, but which only happens on stage when they're feeling good and at ease.

Later in the evening, on the big stage, more than 1600 people attended Estrella Morente's concert “Autorretrato” which is currently touring.  She began her recital with the sound of tarantas she sang for Sabicas when she was 6 years old during the time when the guitarist recorded with Enrique Morente “Morente-Sabicas”.  Little Estrella sang the tarantas her grandfather had taught her.  Paco Suárez, presenter of all the concerts in the festival, also pointed out the family ties between Estrella and Sabicas.

With the guitar of Montoyita, the singer took on mining cante, alegrías, siguiriyas and soleá.  Montoyita interpreted “Si yo Encontrara la Estrella”, then giving way to the family with Monty junior on guitar, the singing of Antonio Carbonell, Ángel Gabarre and la Globo, even the rap of Popo which got people's attention, and young “Curro”, 14 years old, who joined in playing percussion. 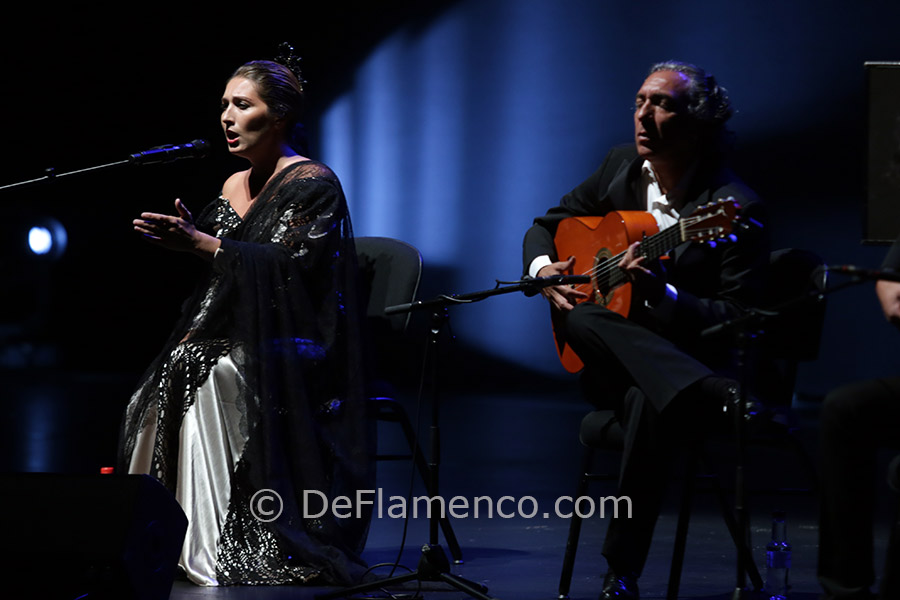 Estrella came back on stage to dedicate the concert to her aunt Amparo, wife of Pepe Habichula, and to Josemi, “a great musician”.  Again the strains of “Si yo encontrara la estrella…”, then on to “Niña de Fuego” in honor of Lola Flores, even “No Dudaría” of Antonio Flores.  She continued with rumbas and Morente-style tangos to end with Estrella's classic “Volver” which got the audience out of their seats to cheer the Granada singer.  Despite nearly two hours of concert, the excitement didn't really come together until the encores, several “pregones”, at the front edge of the stage that finally enthralled all those present. 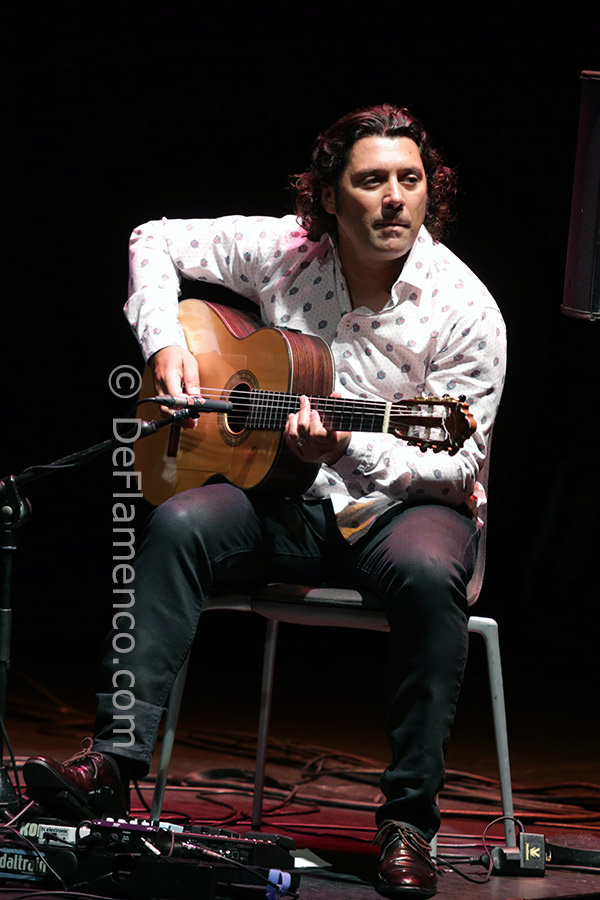 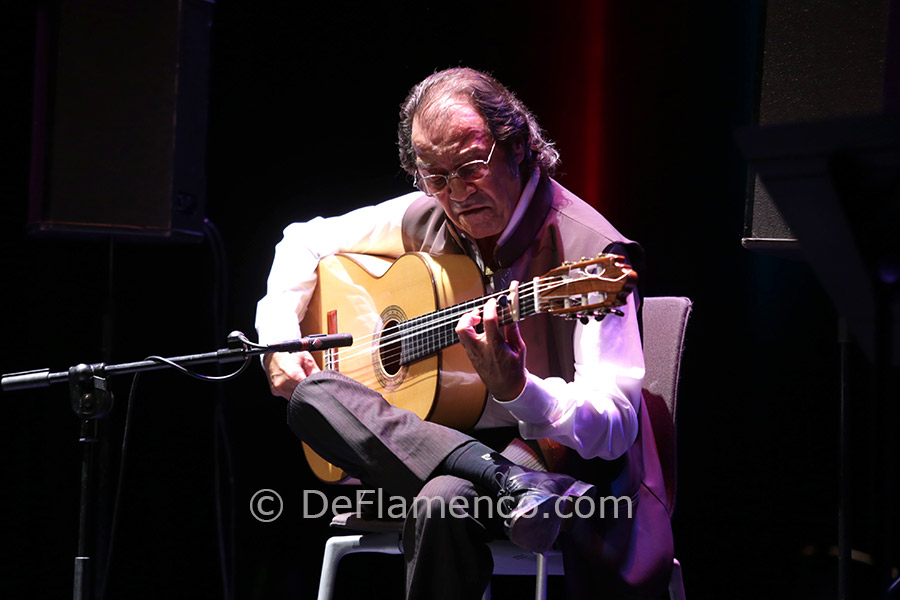 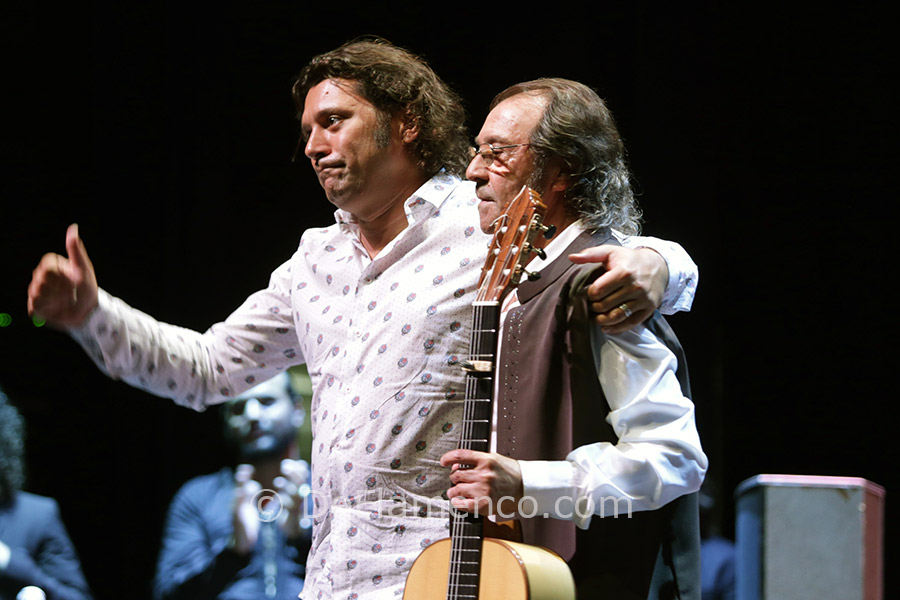 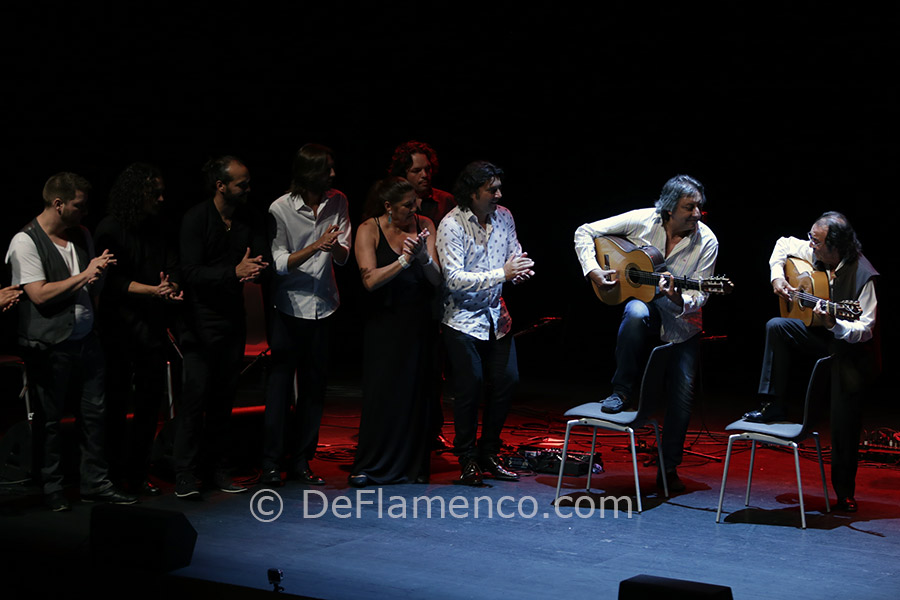 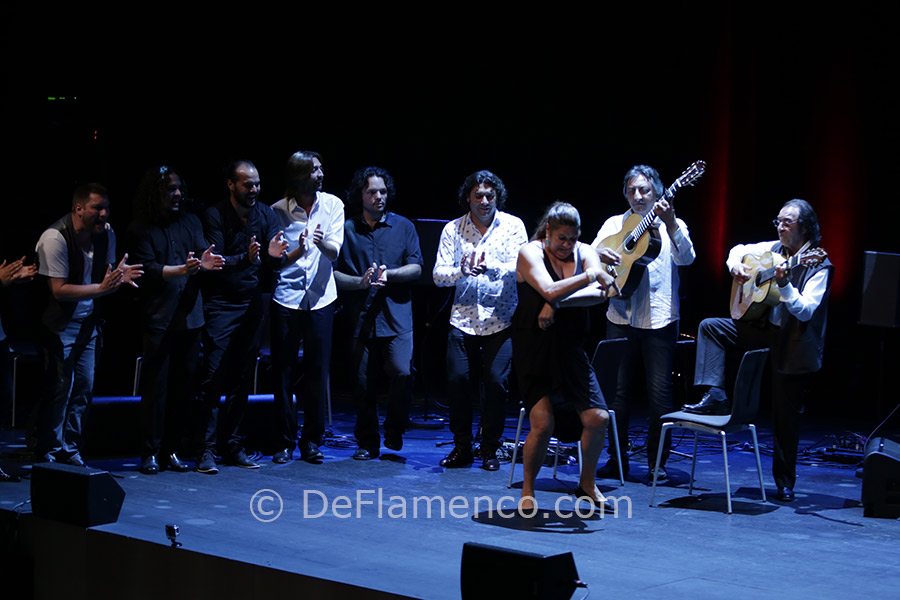 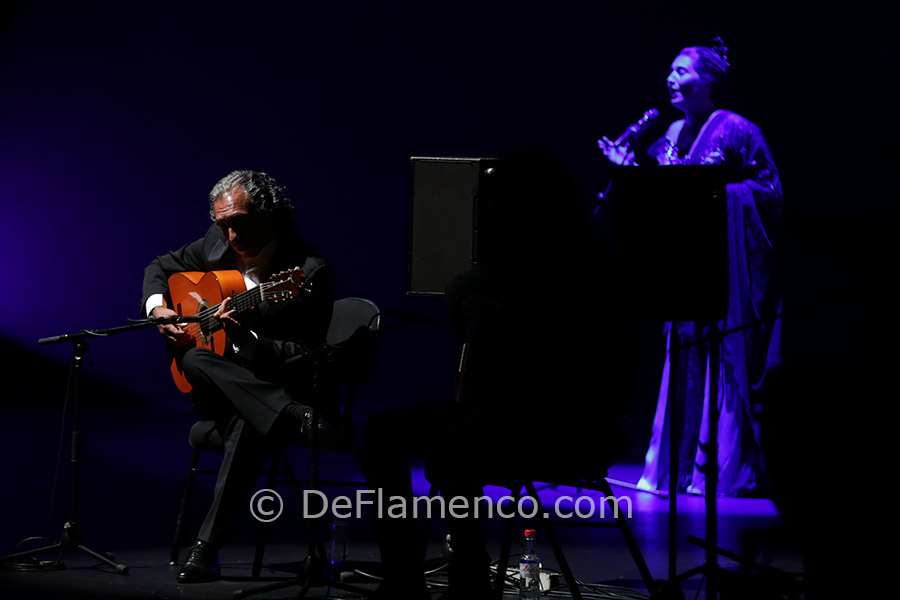 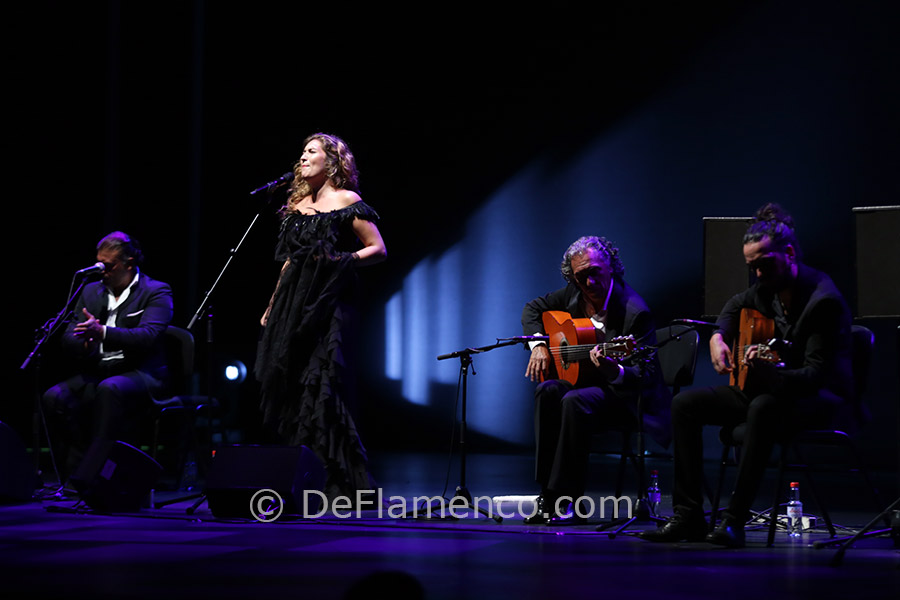 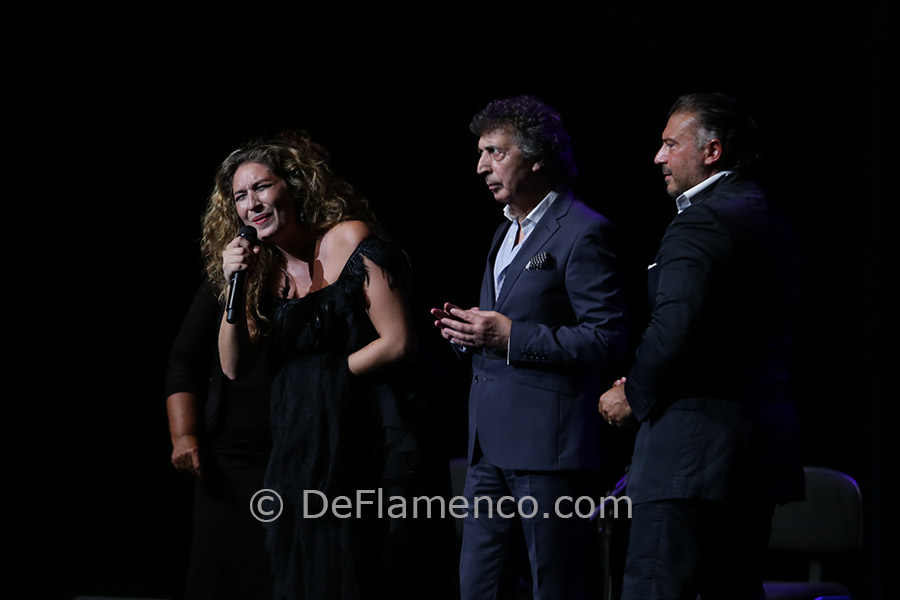 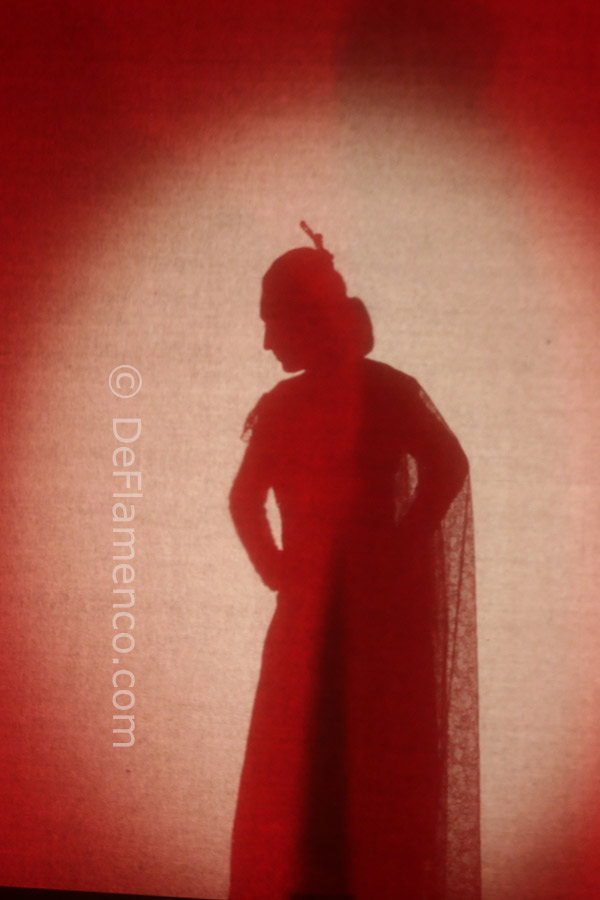 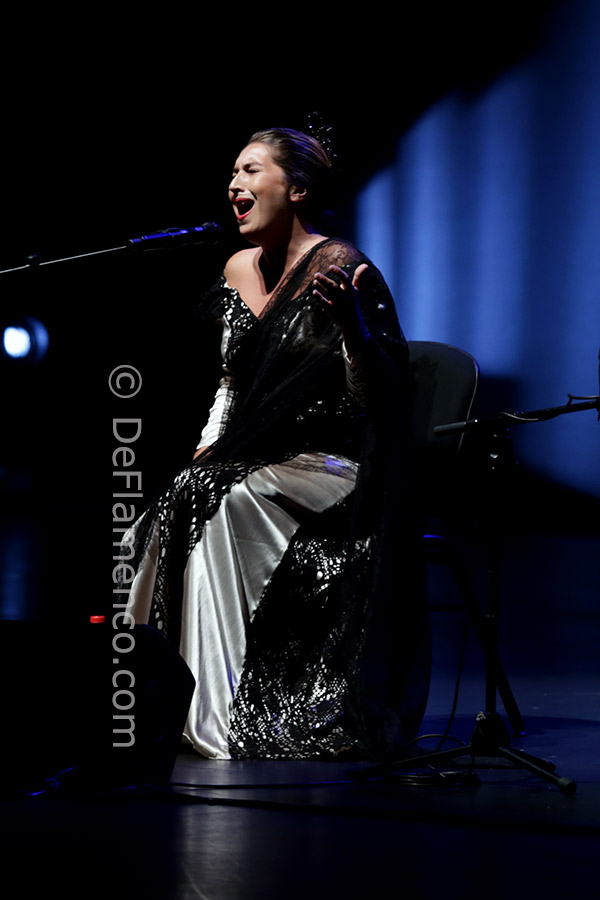