FESTIVALS AND SHOWS, LANDMARKS, AWARDS AND FAREWELLS, INTERVIEWS, ON THE HORIZON?

This year which is ending was marked by the acceptance, within the world of flamenco, that the dire economic situation is neither a political construct, nor is there any quick-fix, but rather we are seeing the new reality.  If there is no public money, we need to be more creative, design new formats and be prepared to travel to far-away stages where there continue to be audiences hungry for flamenco.

For some, these changes are difficult to accept, but others have embraced them as a challenge.  The roots of flamenco are humble, and the shortage of resources has led to unexpected artistic opportunities. 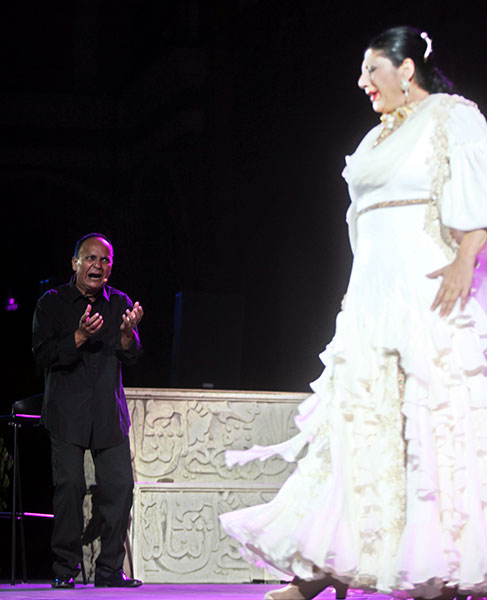 The major event of the year, both nationally and worldwide, was the Bienal de Flamenco de Sevilla held in September.  But let’s begin at the beginning…

The year got off to a strong start with Miguel Poveda’s concert at the Auditori in Barcelona, and the important annual event in the south of France, the Festival Flamenco de Nimes, in its twenty-second edition and with an excellent program that included the performances of artists such as Niño Josele, Israel Galván, Raza Flamenca Extremadura and Rocío Molina among others.

Of the series Flamenco Viene del Sur, the performance of El Torta with Diego del Morao, and the recital of guitarist Juan Ramón Caro were noteworthy, while in Granada there was an important tribute to Juanillo el Gitano.  In Madrid, Miguel Poveda took his talent and charisma to the Teatro Real, and in Salamanca young guitar prodigy Amós Lora presented his first recording “Cerro Negro”.

In June, within the framework of the mega festival Suma Flamenca, there was a tribute to Blanca del Rey, in addition performances by Tomatito, Carmen Linares and la Moneta among many others, and towards the end of the month the Albuquerque Flamenco Festival again demonstrated it is the American flamenco event par excellence.

In summer some of the traditional festivals were not held, while other older ones managed to survive.  The Potaje Gitano de Utrera dedicated its 54th edition to guitarist Moraíto.  The Reunión de Cante Jondo de La Puebla de Cazalla put together a magnificent program headed by Manuela Carrrasco, and the Caracolá de Lebrija also splurged with the performances of Farruquito, José Mercé and José Valencia. 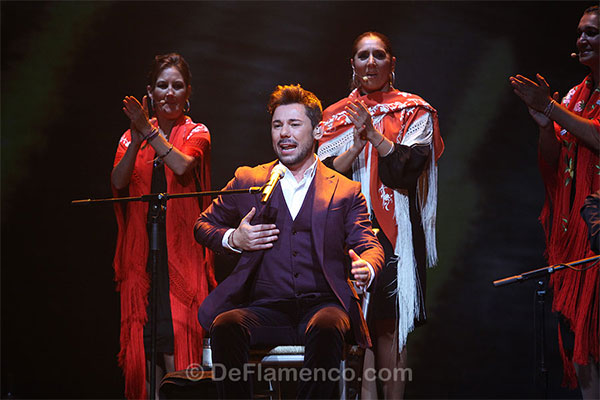 In the month of July, Miguel Poveda managed to fill a large part of the Jerez plaza de toros for the presentation of his recording “ArteSano”, and in Granada, the Ballet Flamenco de Andalucía appeared nightly at ehe Jardines del Generalife, while the series Los Veranos del Corral put Javier Latorre, Manuel Liñán, Antonio Canales and many others on stage.  The Festival de La Unión put together a fine program with the performances of Sara Baras, José Mercé, Dorantes, Tomatito, Marina Heredia and Arcángel.
The seventeenth edition of the Bienal de Sevilla opened with the memorable show “Raíces de Ébano” of Manuela Carrasco with a Pele who sent shivers through the audience with his cante of soleá that would earn him the Giraldillo for the “Magic Moment” of the entire event.

Unforgettable was the tribute to Camarón on the twentieth anniversary of his death, and the closing show which put an astonishing number of revered artists on the stage at once.  Also in September was the Fiesta de la Bulería in Jerez which attracted a surprisingly small audience.

At the end of September in Madrid the festival Flamenco Pa’tós was held after several years absence, starring Arcángel, Valderrama and Marco Flores.  November brought the festivals of Dublin and Moscow.  The flamenco year concluded with a tribute to Enrique de Melchor, the Encuentros Flamencos de Granada and the Jornadas Flamencas de La Fortuna.

Another star this year was Argentina who took her show “Viaje por el Cante” on tour throughout Spain, including three consecutive days in Madrid at the Teatro Lara. 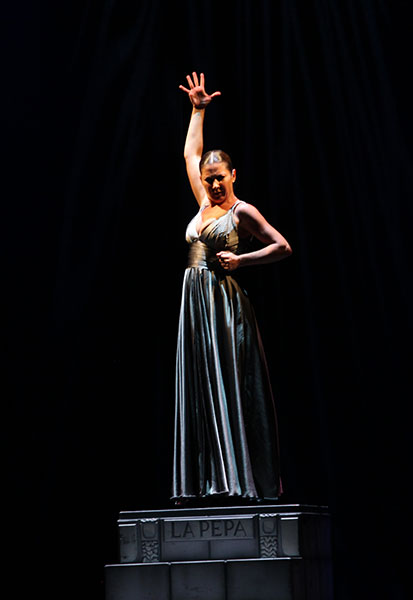 Three important losses were deeply felt among flamenco fans in 2012: the magnificent guitarist Enrique de Melchor, the beloved singer Martín Revuelo and the great investigator/writer José Blas Vega, to whom we owe so many referential works.

On the positive side, the much-admired dancer Sara Baras returned to the stage after a two-year sabbatical she allowed herself in order to become a mother.  Eva Yerbabuena, under the same circumstances, returned to the stage towards the end of the year.  In Madrid, singer Pansequito received the award “Puerta de Alcalá” in honor of his half-century career.

The centennial of the birth of legendary guitarist Agustín Castellón “Sabicas”, inspired director Pablo Calatayud to produce a magnificent documentary about the maestro which had its premiere showing within the parallel activities of the Bienal de Sevilla. 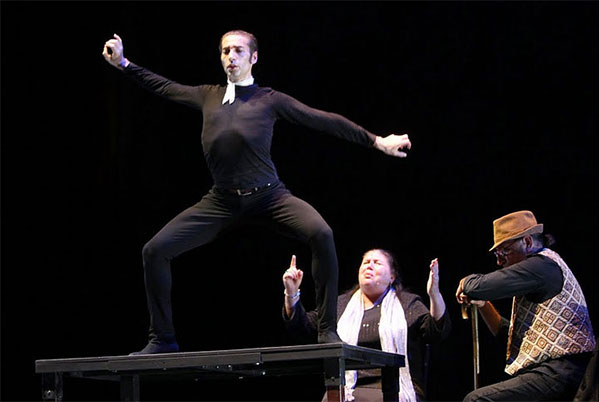 Performing artists continue to look beyond Spain in search of contracts which have become scarce within the country, and shows have become correspondingly more modest, not necessarily a negative change.
For 2013, our agenda already includes the dates of the Festival de Nimes, the Bienal of Holanda, the Gira del North, the Festival de Jerez, the Flamenco Festival of London, concerts of Estrella Morente’s tour and the final phase of Catalunya Arte Flamenco with premieres such as that of Mayte Martín.  Optimism and the need to continue enjoying good flamenco as offered by the new generation thanks to promising young artists such as Amós Lora on guitar, singers Kiko Peña and Samuel Serrano or the surprising dancer Carpeta from the Farruco family.