María Moreno, a classic flamenco woman for the future

The Cádiz dancer is bringing her show “Alas de Recuerdo” to Suma Flamenco, a work that brought her the prize for best newcomer in the last Festival de Jerez.

María Moreno comes to Madrid with mourning turned into joy.  “Alas de Recuerdo” was the way the woman from Cádiz found to assimilate her father’s death.  “I’m a reserved person, and tend not to express myself.  That’s why I decided to create this tribute through dance, because I hadn’t done so in words”.  The work, which is to be presented June 24th at the Pavón Teatro Kamikaze within the program of Madrid’s Suma Flamenca, has opened doors for her.  Such as those of the Festival de Jerez, which, in its last edition awarded her the prize of Artista Revelación.  “I never expected it, and it was a real high since it was my first solo work.  It got people interested in my dancing, and brought some contracts”.

This lady from Cádiz, with all the moves of classic flamenco, has just turned 30 and she feels blessed.  Since starting out at 17 in the company of Eva Yerbabuena, she has only grown and matured.  “I’d hardly even left Cádiz when I went to an audition with 200 people. And I was selected!” says the dancer who has no artistic background in her family, and claims that to have debuted with such accomplished artists was an experience which she continues to enjoy.  She was with Yerbabuena for 10 years, until she felt her body wanted to do something in her own language.  “It happened when I began to participate in collaborations outside the company with other people.  I danced with Arcángel, with David Palomar, with José Mercé… And I began to feel the need to tell my own stories and not feel directed by others”.

Thus arrived “Alas de Recuerdo”, a flamenco recital that includes alegrías, taranto, jaleo, rondeña…in which you can appreciate the beautiful arm-work of this dancer, and gestures that speak of the past recalling flamenco women of another era, as Estela Zatania once wrote of this dancer.  But she lives in the present, and has her priorities straight, which is why this show has touches of the contemporary, artistic license she takes.  “For example, the voice of José Luis Ortiz Nuevo, poetry of Alberti…  Elements I add because I want them to be there, along with the voices of Enrique el Extremeño, Antonio Campos, “El Mati” and the guitar and music of Joselito Acedo”.  She explains that she receives inspiration from other musical forms, including salsa, but that her flamenco is traditional because that’s how she likes it.  “What I’m interested in is doing recitals, doing all the flamenco forms and investigating”.

A bad experience in La Unión

Moreno is now enjoying a satisfactory professional moment.  Long forgotten is the disappointment of the Festival de la Unión of 2015 where she had a bad experience.  “I haven’t been lucky in contests, but La Unión was something else.  I never said I deserved to win anything, all I’m saying is the organization and the norms weren’t clear” says the dancer who has a very bad taste from that experience.  “Participating in a contest requires money, time and preparation.  There were people who requested a change of hour for their performance, and were denied this, while others were allowed such a change.  It wasn’t fair, and I said so, other things too.  This is why if anyone asks for my advice, I recommend they don’t go to La Unión.

She tells us all this laughingly, because María just got back from the Festival Flamenco Internacional de Albuquerque and is preparing her upcoming show.  She can’t decide whether or not to give any details about it, because she’s as expectant as a little girl, but decides to explain it because she can’t hide the fact that it’s like a dream come true.  “I’m going to do a work titled ‘De la Concepción’, with a score by Andrés Marín and the artistic direction of Eva Yerbabuena” she says, unable to avoid showing the thrill this project inspires in her.

María has no more black thoughts, and says she’s able to see the good and the bad side of things she’s lived through.  “I had a hard time with ‘Alas de Recuerdo’ because I was afraid I was being too much of an exhibitionist, I feared the language was too personal, but I’ve managed to make it my own, and feel free and at ease dancing it”.  With that self-assurance she’s coming to Madrid, although she realizes it’s time to retire a show that helped her close a difficult personal time, while also opening a future that today is taking shape in prosperity and full of color. 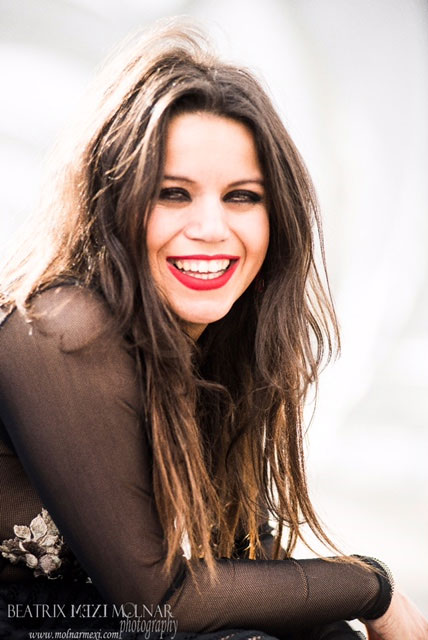 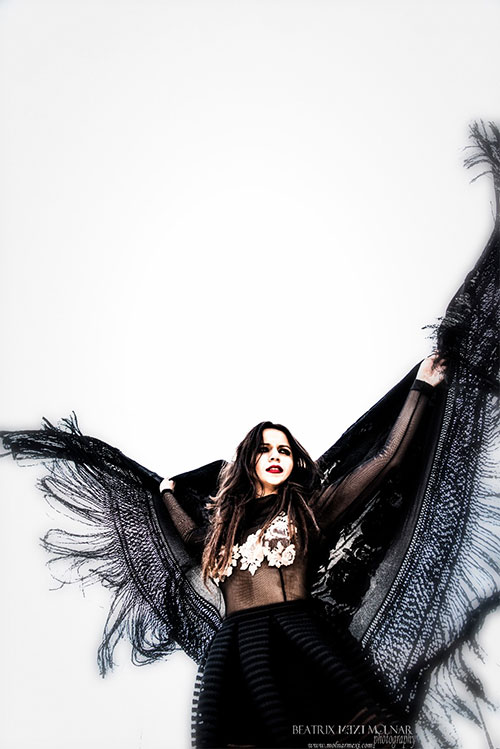 Highlights of the Albuquerque festival