FAIRY GODDESS IN AN ENCHANTED FOREST

The forest as microcosm and vehicle for telling a story has been used many times, but never with such dream-like results, nor with the pretext of presenting a flamenco dance show.  Nor is “horsemanship trainer” something you see every day in the credits of a show at the Bienal de Flamenco de Sevilla, and I'm fairly sure I'd never before seen trombones in a flamenco show. 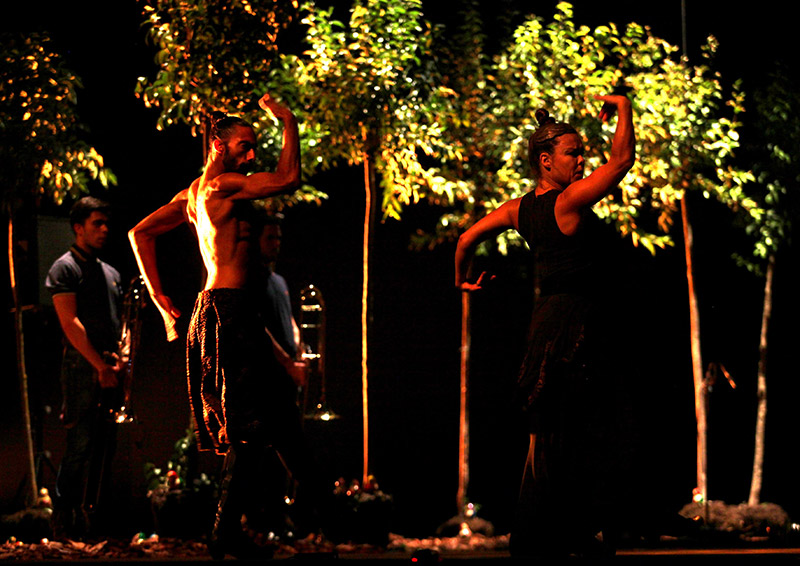 All that and more is to be found in Rocío Molina's new work “Bosque Ardora”; even the title hints of mystery and ambiguity.  The  lengthy synopsis describes the dancer's role in this show as that of “fairy, horsewoman and goddess”.  Those same words might almost serve to describe the artistic personality of Rocío the “danzaora”, as another of her works is titled.

This young woman's creative quest knows few limits, and in fact, she doesn't always get it right.  But her extraordinary technical capacity, her boundless imagination and artistic bravery…does anyone deserve to be called an “artist” without taking risks?…have made her one of the most fascinating personalities of the current panorama of the genre.

Bosque Ardora is a long ways from conventional flamenco.  It's more like a dreamlike happening with a flamenco motif.  In the video that opens the show, Rocío appears galloping on horseback through a forest, she falls from the horse into a lake, a dog approaches and from that point on things only become more mysterious.  The work represents a complete day in the imaginary forest with trees that hang upside-down from the ceiling, shoes that generate sparks, two men who play the trombone, at times without producing any sound at all, and bare-chested dancers in shorts who manage to convince us they are dangerous, because there is also that element, the ever-present threat of the male, and an erotic underpinning of his domination over the female who yields to seduction. 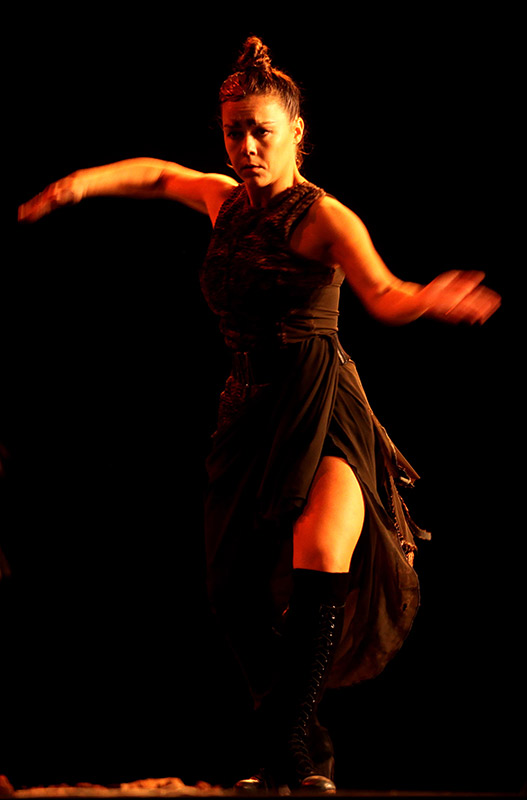 With Eduardo Trassierra on guitar, the versatile José Ángel Carmona sings tangos for Rocío, accompanying himself on electric bass, and the dancer allows us an interval of soleá, in addition to a melodic line that suggest serranas, but the interval is very brief; in the forest there are more important things to attend to.

The final scene has a mysterious ghost-like bogeyman in a shroud of straw barely shuffling across the floor in impossibly tall wooden shoes.  It's an image worthy of horror movies, quite different from your usual fiesta finale with each artist dancing bulerías.

Shortly afterwards, in the large patio of the Espacio Santa Clara, two flamenco voices, those of Pedro el Granaíno and Miguel Lavi, shared a recital. 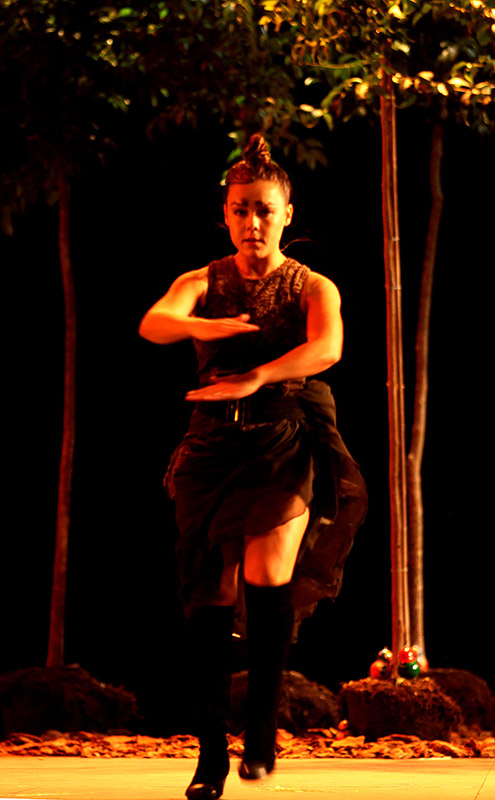 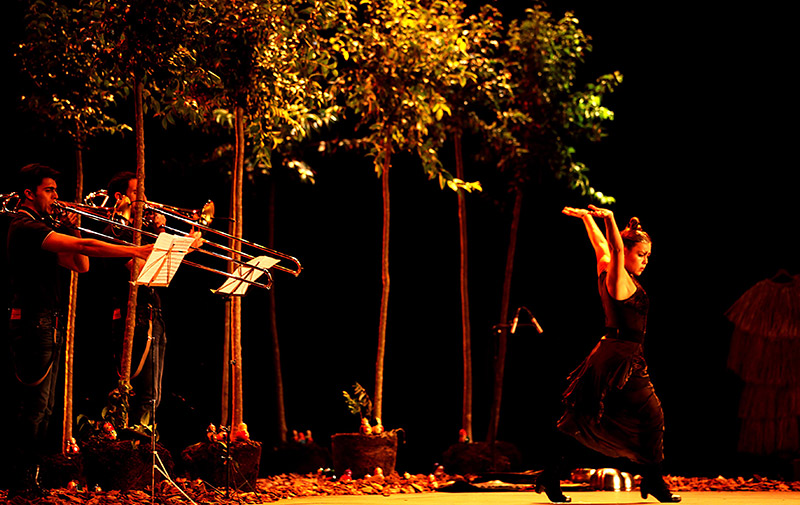 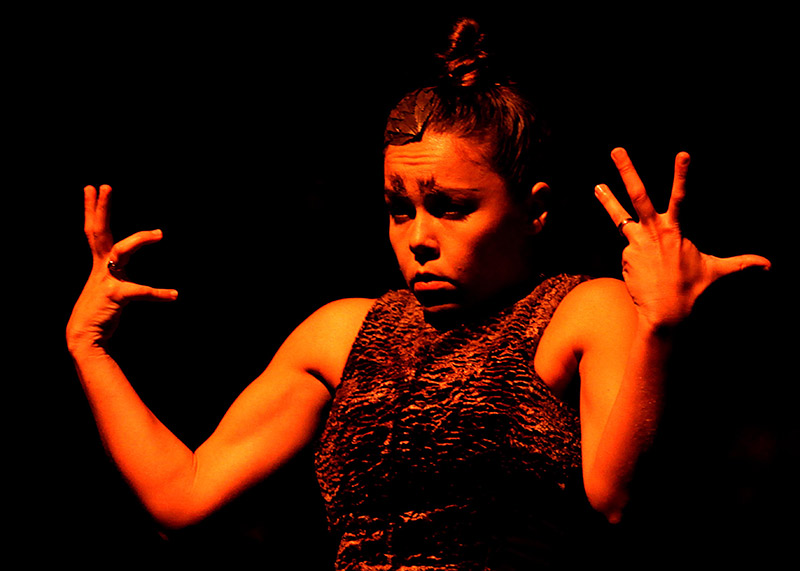 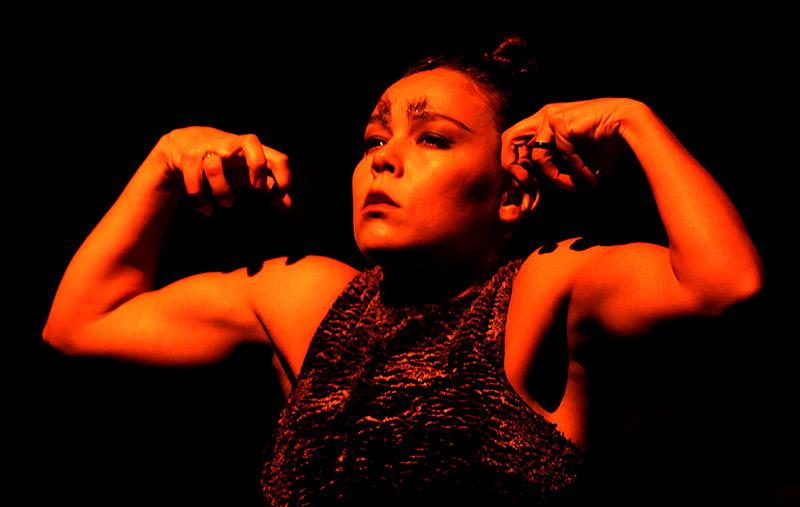 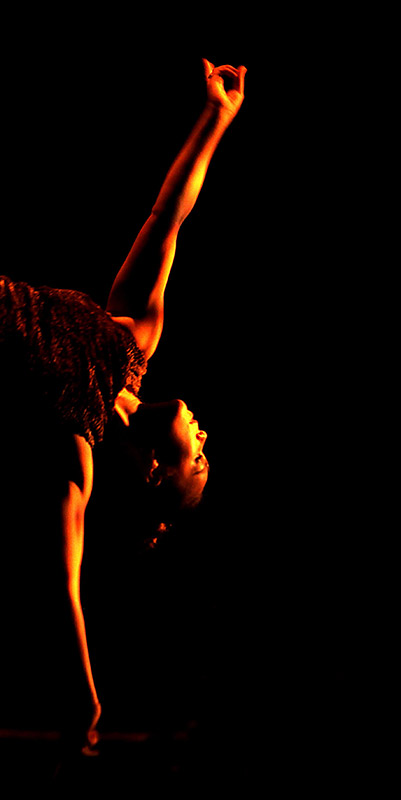 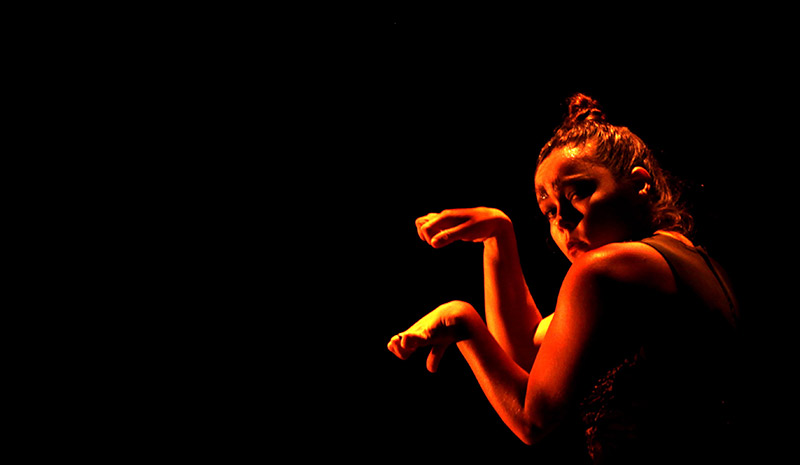