Tuesday at the Bienal de Flamenco de Sevilla there were no experimental large-format shows.  At seven o'clock in the Espacio Santa Clara, veteran singer Felipe Scapachini laid out his take on Cádiz flamenco, and at 11:00pm that night, in the patio of the same venue, the much-admired guitarist from Jerez, Paco Cepero, soon to receive the “Compás del Cante” award, offered his recital. 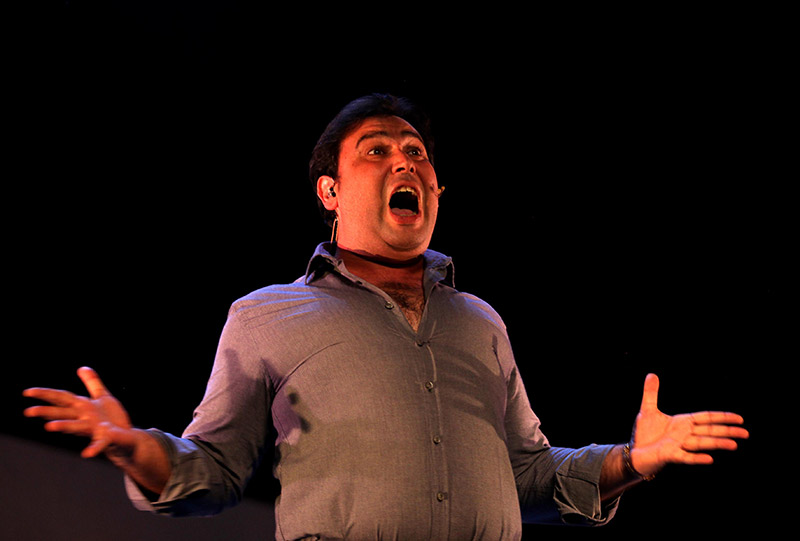 Between one show and the other, at the Lope de Vega theater, a young but experienced singer from Lebrija bravely laid claim to a place of his own in the specialty of singing “up front”, as opposed to singing for dancing.  José Valencia is the only singer of his level who has resisted singing popular songs outside flamenco that would supposedly help uninitiated audiences “tolerate” traditional flamenco singing with just a guitar and no frills.   No Indian percussion, no cajón, no chorus to provide harmony.  The biggest obstacle José Valenia must overcome in the new milennium, is that the profession of solo singer, other than in the context of flamenco associations and summer festivals, is becoming as obsolete as a guitar recital without collaborations.  It is a task of heroic proportions to win over a market that is in the process of shrinking.

The singer delivered a nearly perfect recital.  His voice was in good form for the ambitious repertoire, the amplification was carefully controlled and the accompaniment was provided by two accomplished guitarists, Manuel Parrilla, whose sound was reminiscent at times of his famous uncle, Parrilla de Jerez, and Juan Requena.  Also well-chosen was the spartan but tasteful stage-set of a simple tavern with tables and chairs, with no folkloric chiches, and subtle but efficient lighting at all times.  The well-planned entrances and exits of the reduced group, and the singer's changes of clothing also helped hold interest.

From the impressive opening cantes a capella, to the final bulerías with the unmistakable feeling of his town of Lebrija, Valencia displayed a marathon of good taste and knowledge.  His many years singing for dance, something others foolishly avoid, serve him well giving credibility to the power of his style.

Bulería por soleá in a variety of flavors, granaína, mining cante with abandolao, siguiriyas, tangos and stylized cantiñas, all passed through the prism of his well-defined personality.  It takes a great deal of dedication to cover all that with so much energy.

In 2014, classic flamenco singing no longer fills large venues without some kind of window-dressing, but José Valencia is determined to make his mark and occupy this important flamenco niche. 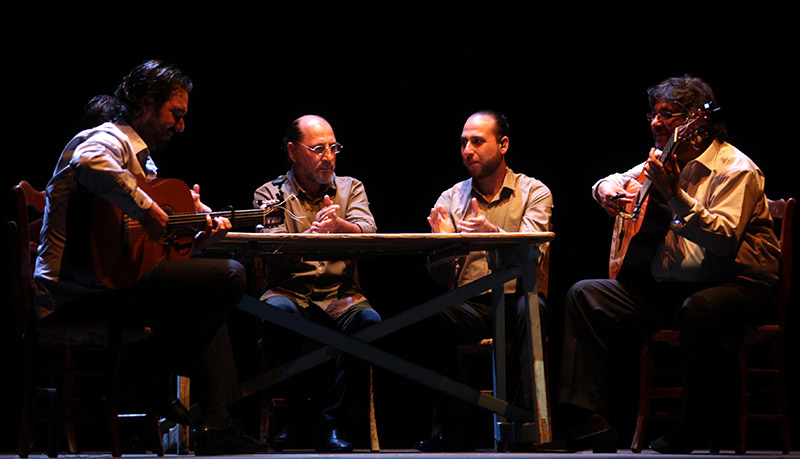 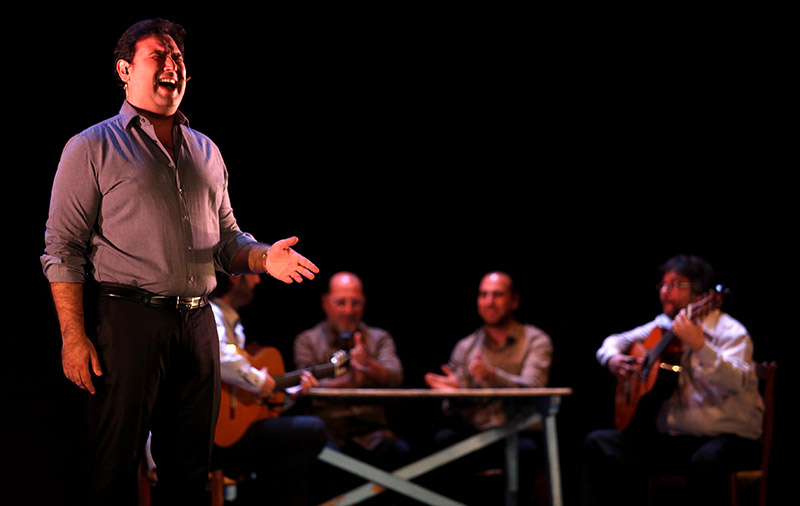 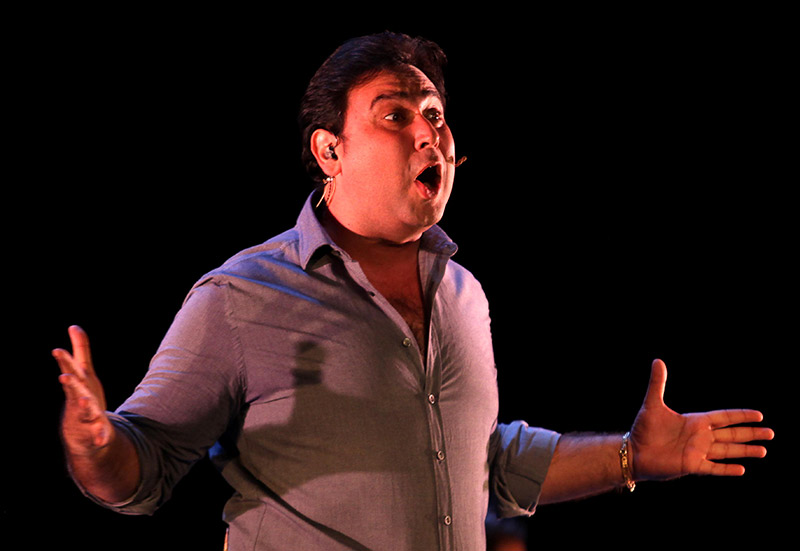 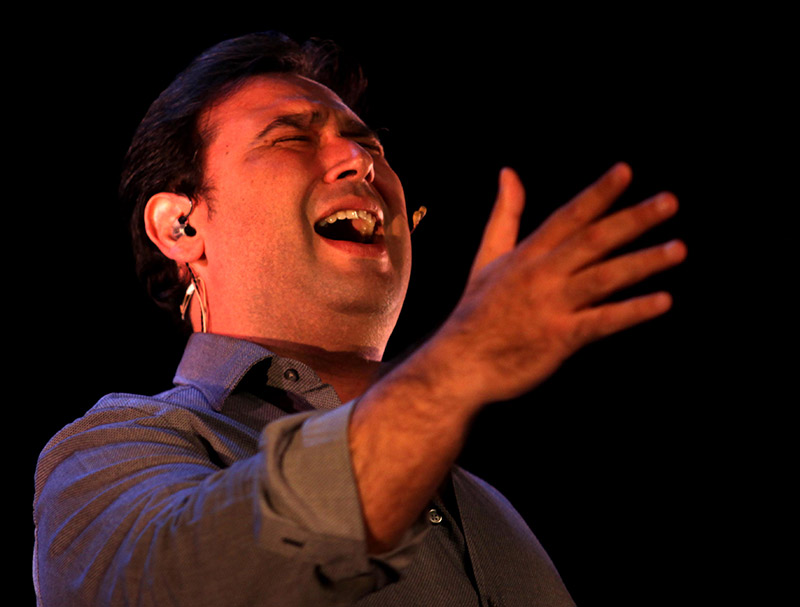 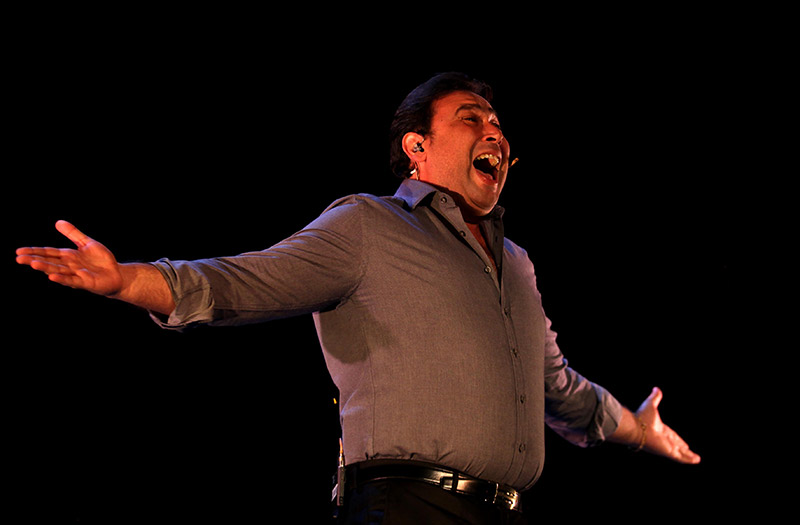 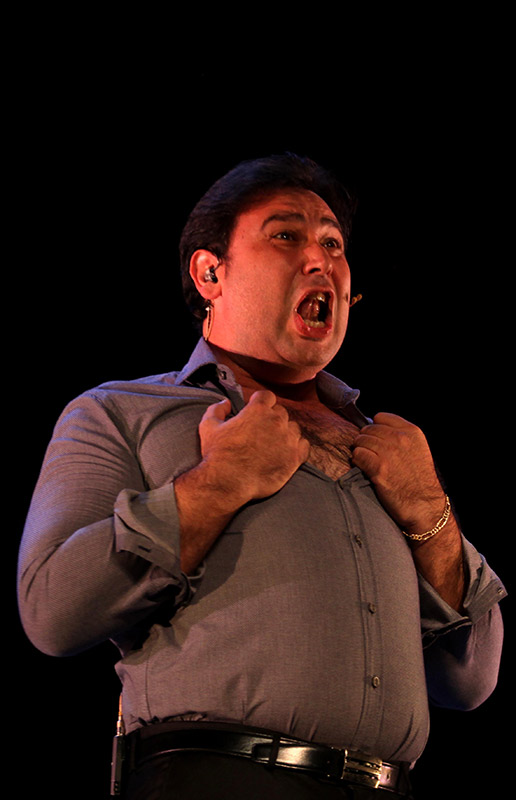 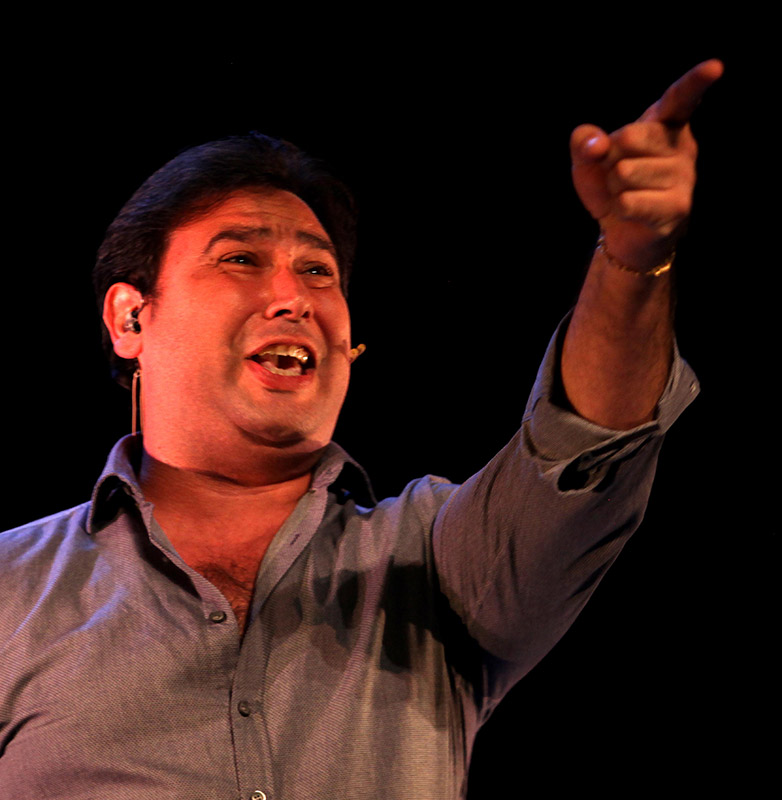