“Whether or not there?s a happy ending depends on where you stop the story” said Orson Welles, a movie-maker who at times might have liked to apply that to himself.

The thing is, La Lupi gets into the role of La Paula, and since the story is full of drama, the last part of the work includes hopeless weeping, and there’s no need to explain how easily flamenco adapts to such a situation.

The Fernán Gómez theater filled up with an enthusiastic audience that shouted “olé!” at the appropriate moments, and was composed of young people from the world of dance who stood up all at once to applaud their hearts out.  Undeniable and well-deserved success for a group that worked like a well-oiled machine, except for the narrator’s microphone in the first part, and which was corrected afterwards.

Great moments few and far between

A long time ago filmmakers solved the problem of how to tell sad stories with a trick, little-used in the theater, and even less in flamenco: the flashback, in other words, you begin with the funeral of the main character, and then tell whatever story you want…you can wrap it up in a happy ending, or a moment of glory.  And that’s the problem, that La Paula had few happy moments, and a few glorious ones…but what moments!

Lupi claims she is not trying to dance like La Paula, whose dancing is well-documented. It may sound strange (in this era of youtube) that most of the documentation is oral and that, for this reason, we must take the word of the person telling us the story, something which, as you know, is quite common regarding the early history of flamenco.

The thing is, when Lupi dances to La Paula with the group cheering, there is a kind of earthquake with that way of dancing that holds back nothing, and lots of sassy humor with the “trantrán” of street smarts that religious leaders have condemned as sinful ever since the beginning of time, from Lima to Granada.

To triumph or not to triumph

Dancer Juan de Juan interprets another inspired crazy person.  In two or three dances, he constructs a character, a madman, another genius who did not manage to inhabit the realm of that which is socially acceptable.  The dancer exaggerates his usual moves and crosses the lines of sanity.

You want to move in and settle in this place with your clothes rolled up, with that senseless inspiration that La Paula swore was learned from no one, that it was inherited from her mother who could have become a star but didn’t.  Something natural in La Paula, who could have been a star and was, but in a limited way; an artist unto herself, nothing more, because she didn’t want to be separated from her mother, a mother interpreted by Chelo Pantoja, whom we see on many stages and who does a fine job with this role.  She sings “Adiós Málaga la Bella” with the violin of Nelson Doblas in a thrilling duet carrying the composition of Enrique Morente to the precise situation of the work; that is to say, if you’re not moved by the drama, you will be moved by Morente.

Alfredo Tejada and David El Galli are outstanding (with recognizable verses), as well as in the texts with added information.  María Mezcle was added to the announced cast to sing a saeta.  After several minutes of applause, La Lupi thanked her people for the collective effort in which each one was brilliant, in the rhythm and the clapping, in the guitars and in the recreation of Holy Week.  It was a happy ending. 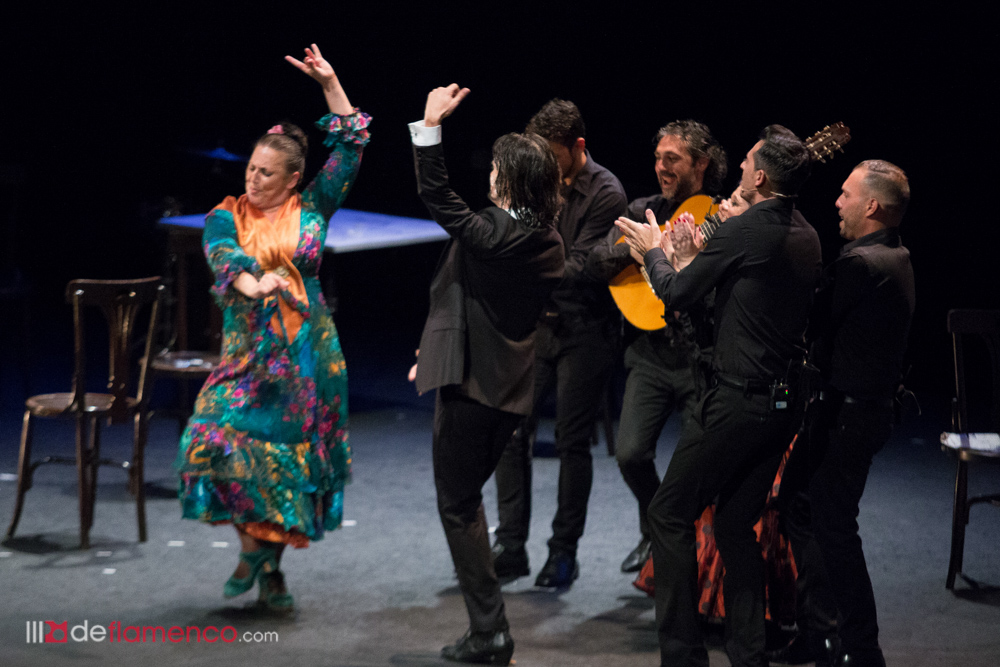 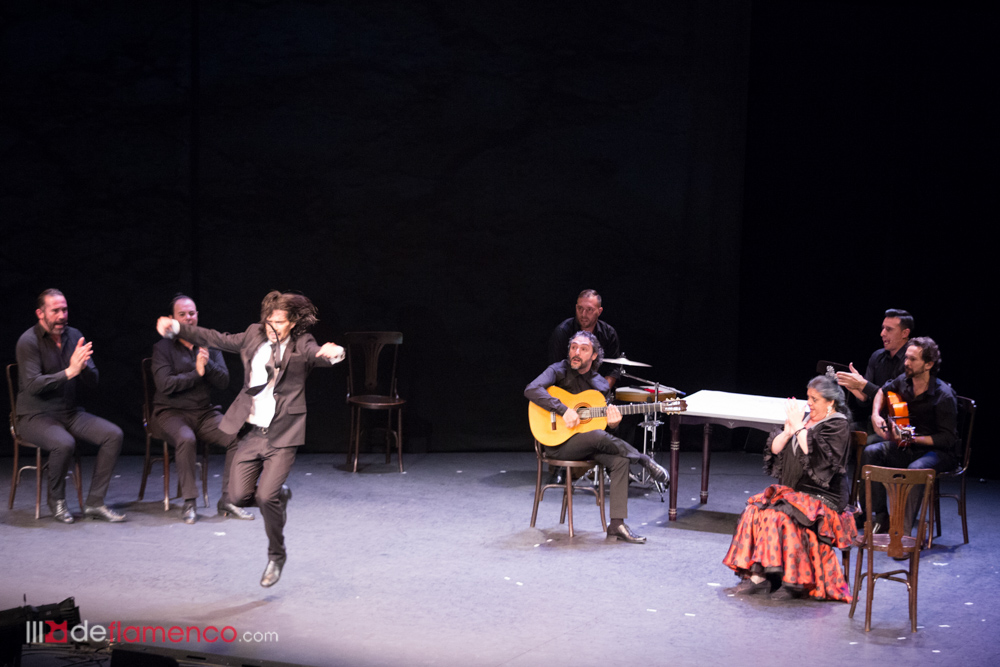 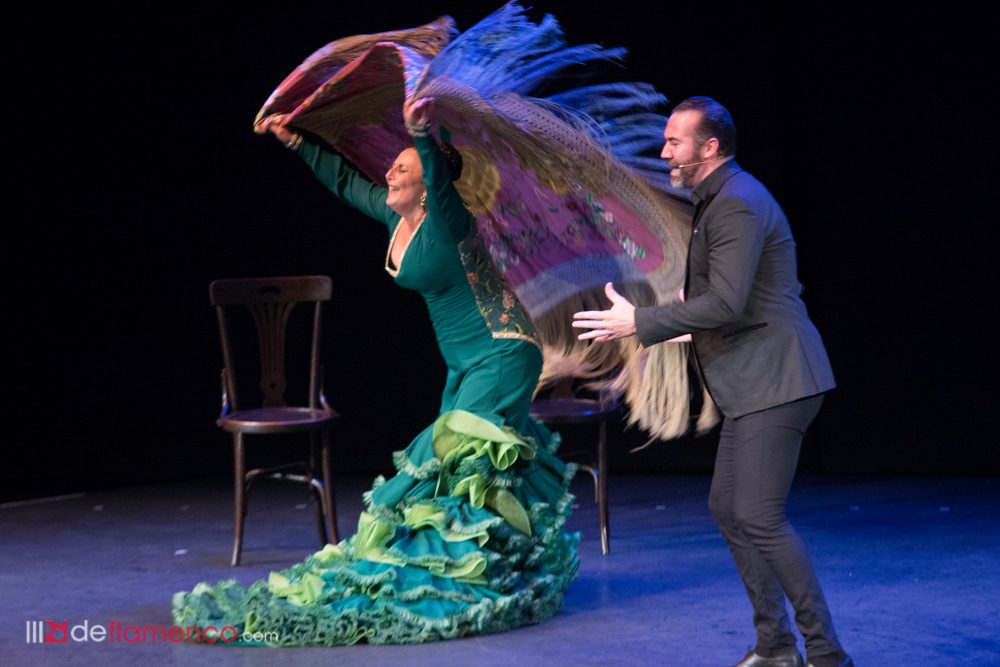 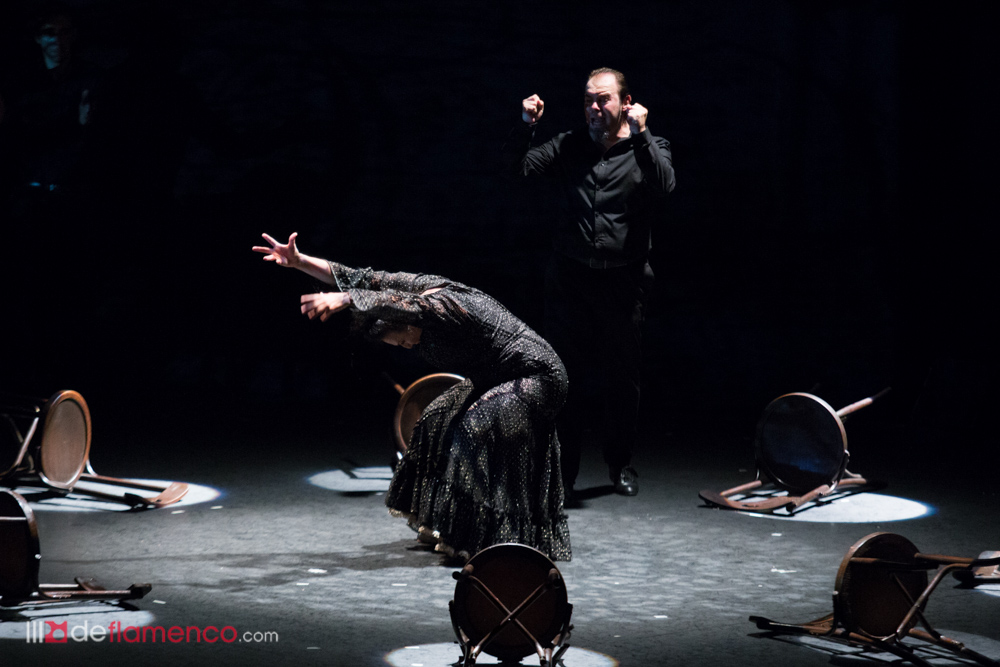