It was an unforgettable evening in which several generations of flamenco artists celebrated the return of La Chana, goddess of rhythm.

The curtain went up amidst rhythmic clapping by the enthusiastic audience, and we saw La Chana kissing the floor of the Fernán Gómez theater. Ángel Rojas, the director of Madrid Flamenco explained how he had gone to her house and that he put the show together. “Recuerda que Tengo 70 Años” [‘remember I’m 70’], and Rojas told her: “when sitting down, you are ageless”.

On June 6th the documentary “La Chana” by Lucila Stojevic has a preview showing at the Madrid Matadero, which comes preceded by a wave of surprise at festivals where it has been shown, small compensation for 30 years of absence and neglect. Yet another story of many in which people abroad have greater appreciation for our own talent than we ourselves do.

The show gets underway and we see a family portrait.  At the center, La Chana in her chair, holds Rocío Molino on her lap, we recognize Rancapino’s white hair.  And we feel the admiration of all those surrounding the dancer.  Rancapino sings with what’s left of his voice, where wisdom is more important than the actual voice.

La Chana?  La Chana was about to conquer Hollywood but a jealous husband prevented it.  Another terrible story…but what Rocío Molina recounts with her long trailing bata de cola, is love for the art-form.  Rocío appears in white, and the percussionist comes on.  They compose a heelwork symphony making use of silences, and she drags her shoes to call upon contemporary artists.  She shares her footwork with handclapping, and changes the rhythm, and goes back and forth…opening pathways.

Antonio Canales comes on, and we hear another symphony (or the same one, we didn’t know until the star appeared). They tell me Antonio Canales does little dancing in his shows, that he always yields the spotlight to his colleagues, that this has been a constant in his career and that perhaps for that reason he discovers talent in his midst.  Anyhow, he danced a lot and well, and Canales tore down a brick wall that represents yet unknown chapters from the life of La Chana.

And you have to ask yourself, what is it that makes that woman conjure up so much art, and we see she needs help just to move around the stage, and then it happens, we hear that symphony of rhythm she composes seated in a chair, and it’s true, La Chana is back, and her rhythm is alive and well.  “It’s never too late” she concludes without the microphone, and with no sign of faltering other than her tears.

Eva Yerbabuena appeared with Paco Jarana, and went from emotional to inspired, wrapped in a long elegant black train which triggered the verse: “¿por qué vistes de negro, si no se te ha muerto nadie?” [‘why are you dressed in black if no one has died?’]. Then she picked up the train of her dress and showed the earlier symphony with her feet.

Rancapino returned to sing alegrías for Chana (at this point it had become clear he was sitting in for Lole Montoya in an excellent line-up that included singers Antonio Campos, David El Galli and Alfredo Tejada, the rhythm of Oruco and the guitar of Yeray Cortés).

The end was yet to come, the four great dance stars seated in their chairs surrounded by the complete cast.  An orchestra of feet, songs of Machín (a challenge) and Rocío Jurado (‘Se nos Rompió el Amor’), and high art returns planted firmly in the chair.  The documentary on La Chana looks good, what we saw on Sunday was amazing for all dance buffs and fans of life in general.  There was even an active minister…but take it easy, there’s no danger of contagion, flamenco was far away, it must have been celebrating a soccer match next-door. 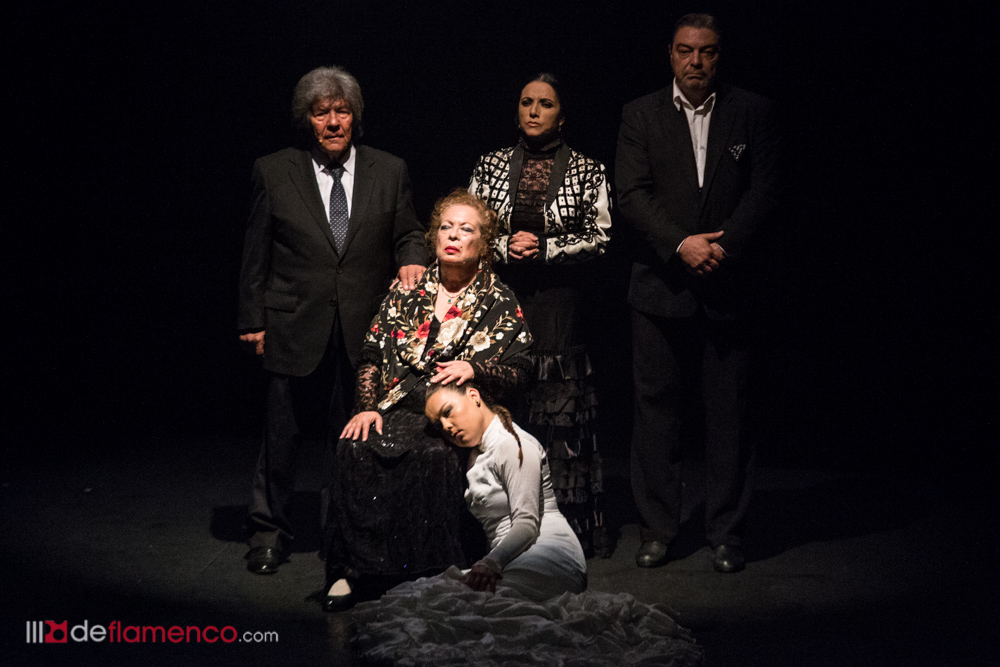 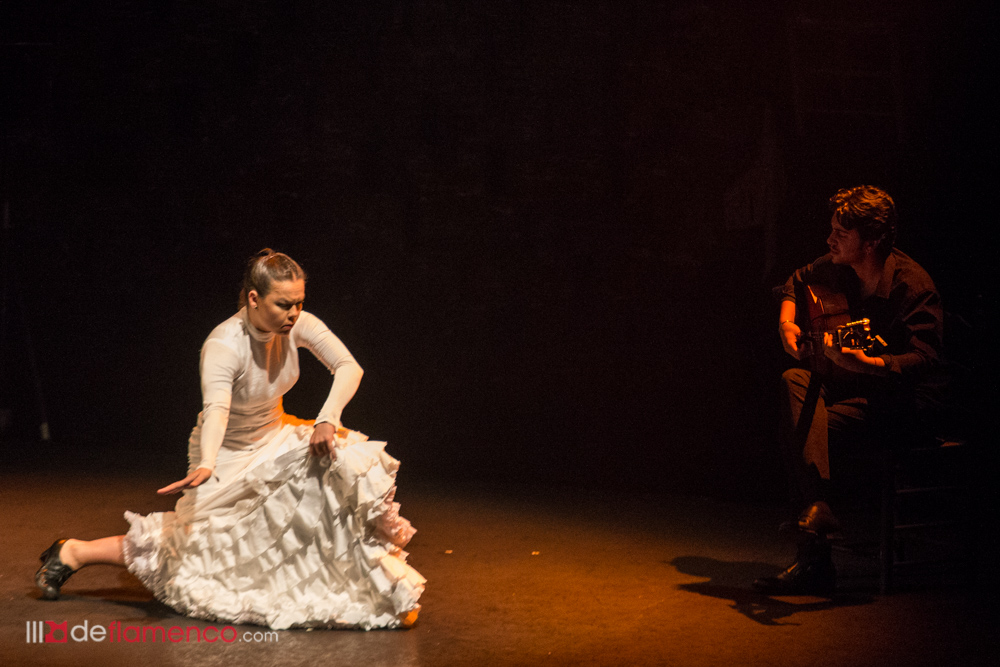 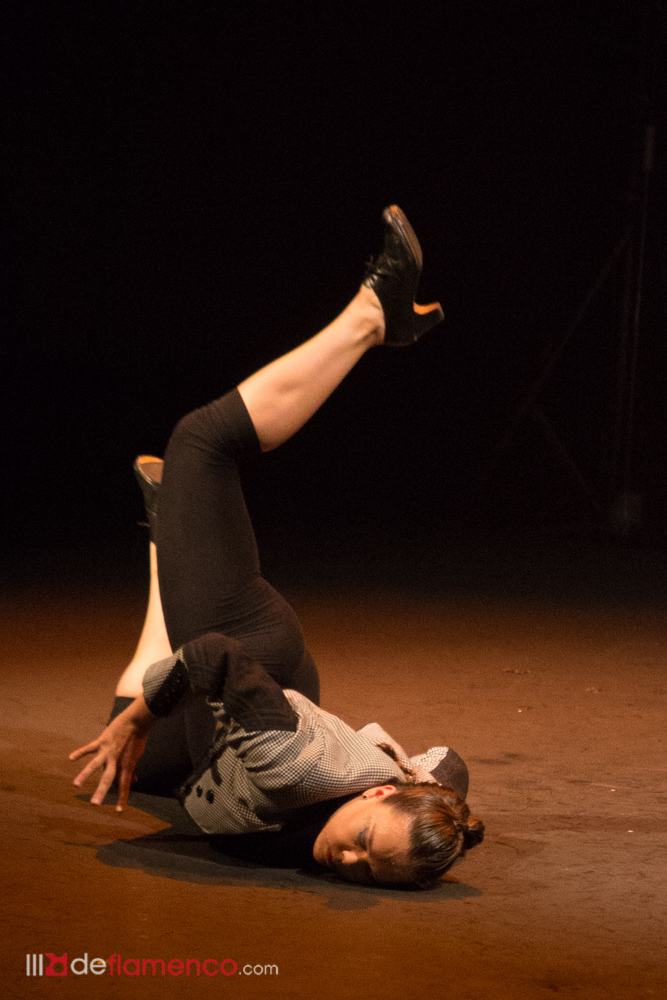 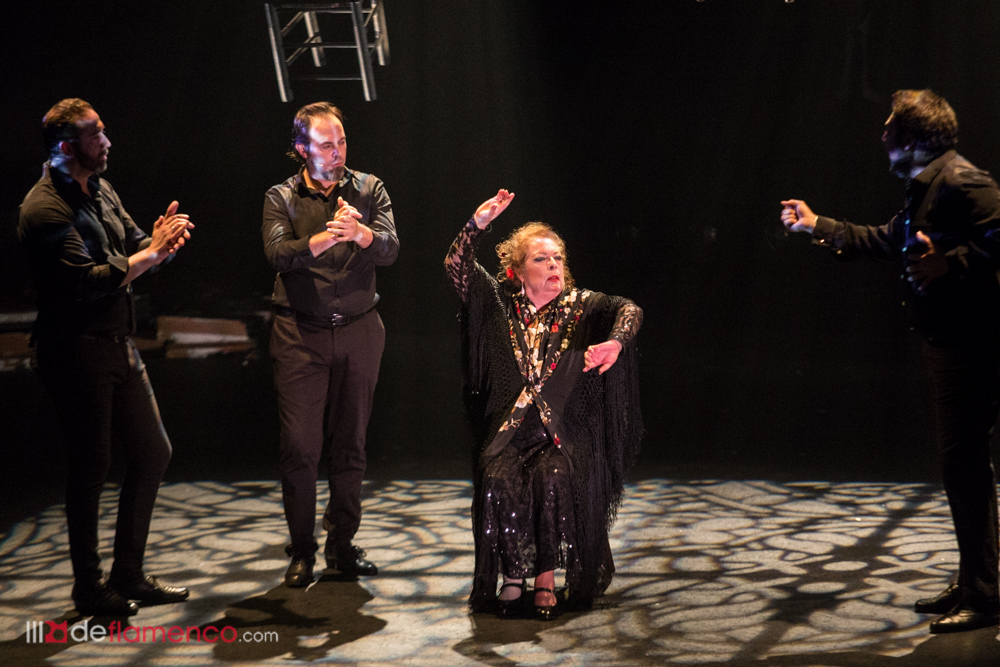 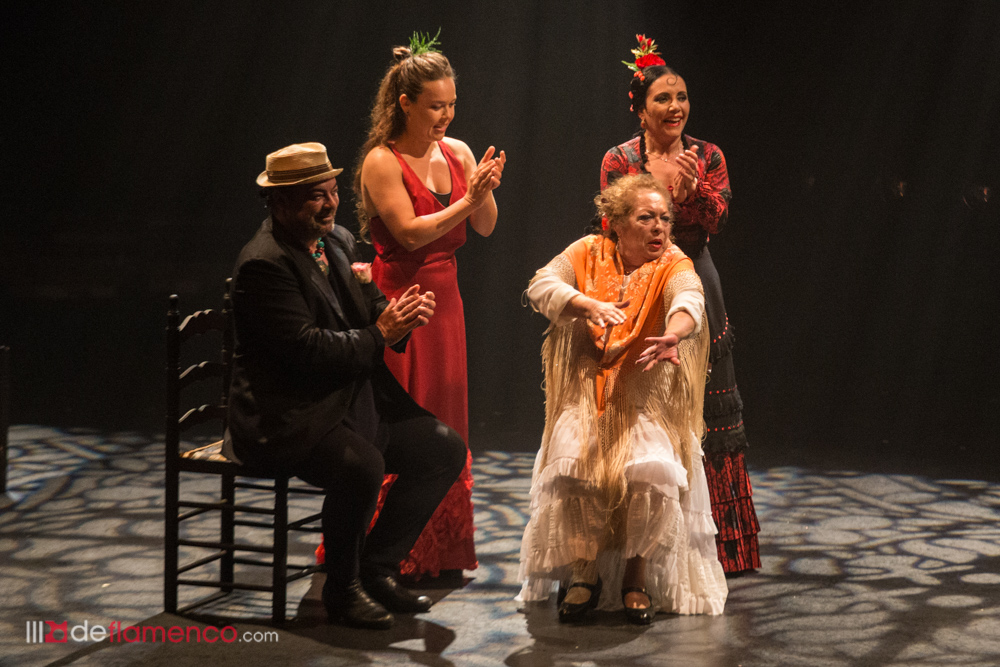 Argentina: "In flamenco, I feel more like an enthusiast than an artist"