Yet another year, the weekend of July 17th to 19th we were received by Etnosur, the multicultural cross-disciplinary festival held in the Sierra Sur of Jaén

In recent years, flamenco has found a niche in these ethnic encounters.  Jerez artist Carmen “La Chocolata” opened the concert series in the plaza of the Town Hall on Friday the 17th, with her refreshing pseudo flamenco show, spiced with Tex-Mex.  Accompanied by Fran Gómez on guitar and Cuban tres, Cuni Mantilla on upright bass, Jesús Santiago on percussion, in addition to Angel Amaya and Juan Larreta doing palmas, they gave a good lesson in combining flamenco rhythms with those from other musical genres, and got the audience dancing throughout the recital, most of whom cared little about flamenco. But without a doubt the climax of the evening came when the legendary Manuel Imán appeared on stage.  The Seville guitarist had come as guest artist, but soon upstaged Chocolata.  Together they delighted the audience with tangos and buleríás, Jimi Hendrix' music and his unique version of “La Llorona”, and the fiesta finale with fandangos.  Without a doubt this is one of the most versatile artists of the flamenco panorama; she sings, dances, recites beautiful Hispanic verses and immediately wins over audiences, we can't wait to see her new record on the market. 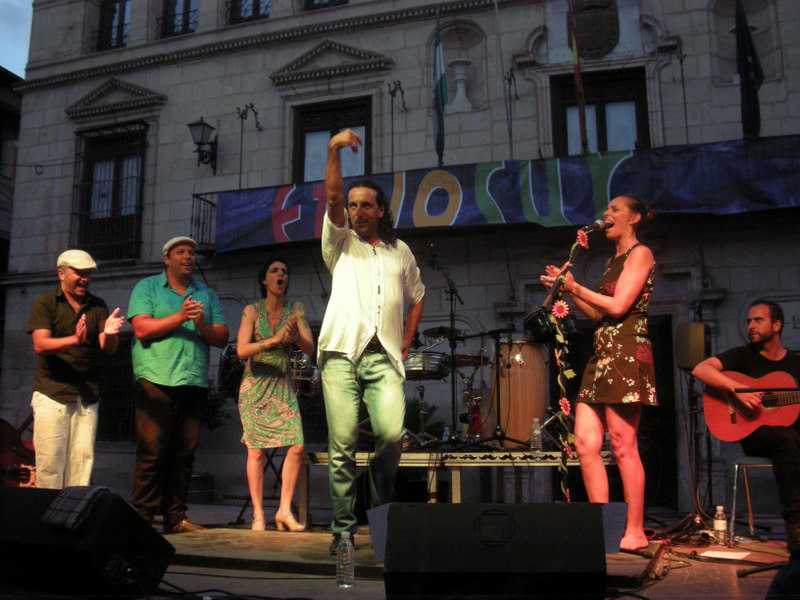 The centerpiece of the festival was programmed for Saturday July 18th on the main stage. This year, the festival's own productions, which tend to feature flamenco, came from a Ubeda group, Guadalupe Plata.  The popular blues band delved into the common roots of Afro-American music from the banks of the Mississippi, and flamenco.  Pedro De Dios, Carlos Jimena and Francisco Luis Martis embarked on this project along with dancer Daniel Navarro, singer Antonio Campos who recalled his beginnings as guitarist, and percussionist Javier Rabadán.  On stage, an anvil for the musicians to mark the rhythm of martinete, while the first black African sounds evoked a funeral dirge straight from New Orleans, with a casket from which Daniel Navarro emerged.  Quite a spectacular beginning which now and again reminded us of Morente's work “Omega”.  The thread unraveled a bit each time flamenco invaded the land of Tom Sawyer with the rhythm of siguiriyas, which could have included carceleras or trillas to reflect the relationship with field-workers and plantations.  The blues rhythms, along with the rockabilly and bluegrass, in which flamenco dancing and singing occasionally appeared more like subtle details than anything else, even included a verse of peteneras.  Frequently, the flamenco music blended with other styles, given the rhythmic richness of the former, but on this occasion certain aspects seemed to be in need of fine-tuning, particularly in the dancing, as there was no actual dialogue between the elements.  Nevertheless, we think this is an interesting and brave piece of work that will be well-received elsewhere, provided they take on other flamenco pieces which could also include the work of Guadalupe Plata.  More often than not, you just have to believe in the mixing of various genres. 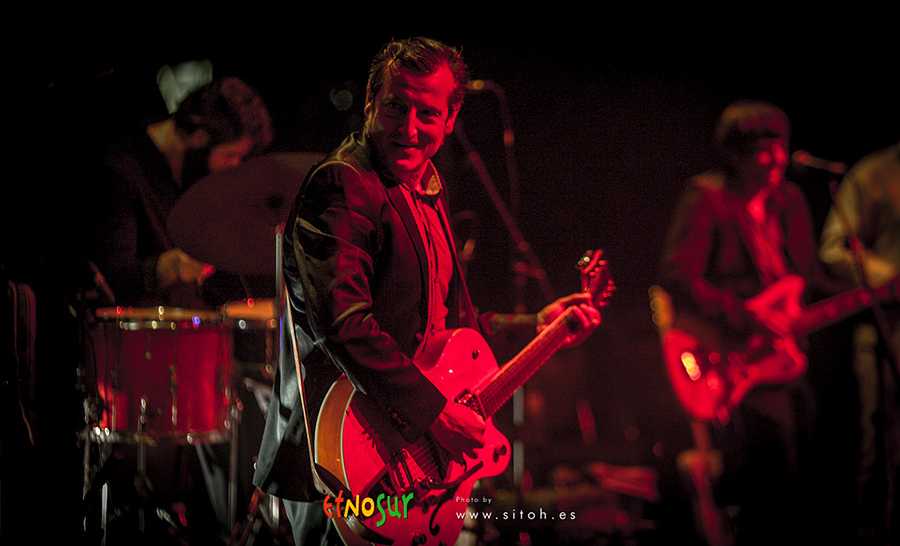 The festival also had a tribute to the memory of Paco de Lucía on the first anniversary of his passing.  Two very interesting activities were programmed, although at morning hours that flamenco people don't take to.  At the Martínez Montañés theater, the documentary “Paco de Lucía: la Búsqueda” by the guitarist's son Francisco Sánchez Varela was projected.  In this film, the guitarist's most human side was revealed.  And one of the last activities of the festival, on Sunday July 19th, at the Centro Social “La Tejuela”, the versatile Juan José Téllez presented his third work on the legendary creator of “Entre dos Aguas”, a book titled “Paco de Lucía, el Hijo de la Portuguesa”.  An interesting talk on how he went about putting the book together hurriedly due to the untimely passing of the great maestro of the guitar.  And thus did we close out the unique event, anxious to return to the next edition, which no doubt will be tinged with good flamenco vibes. 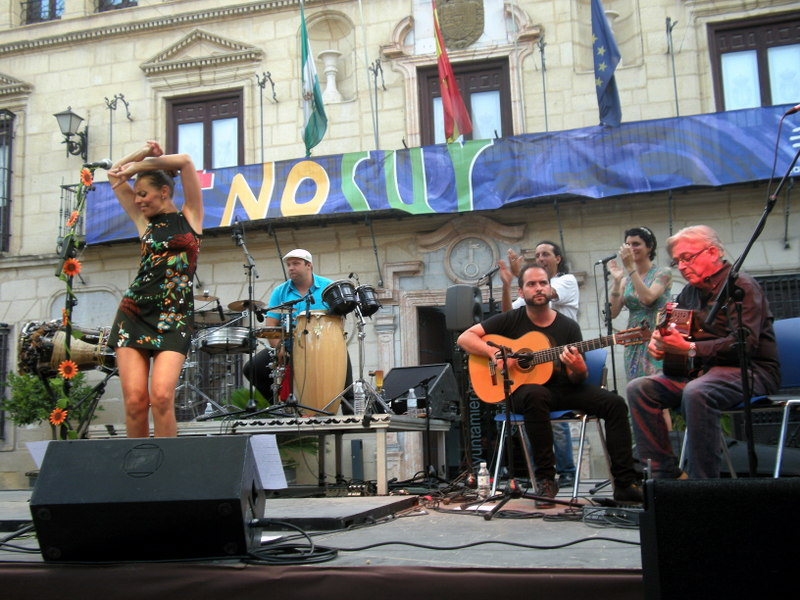 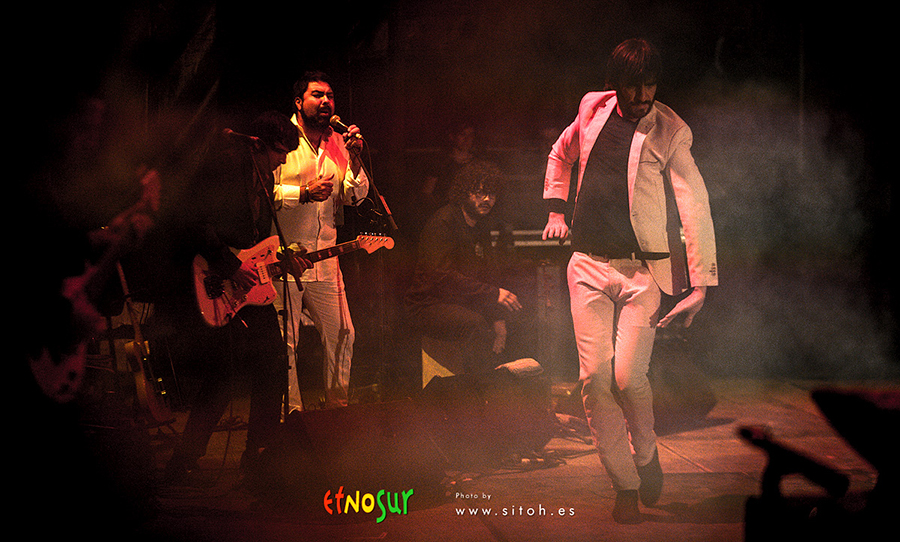 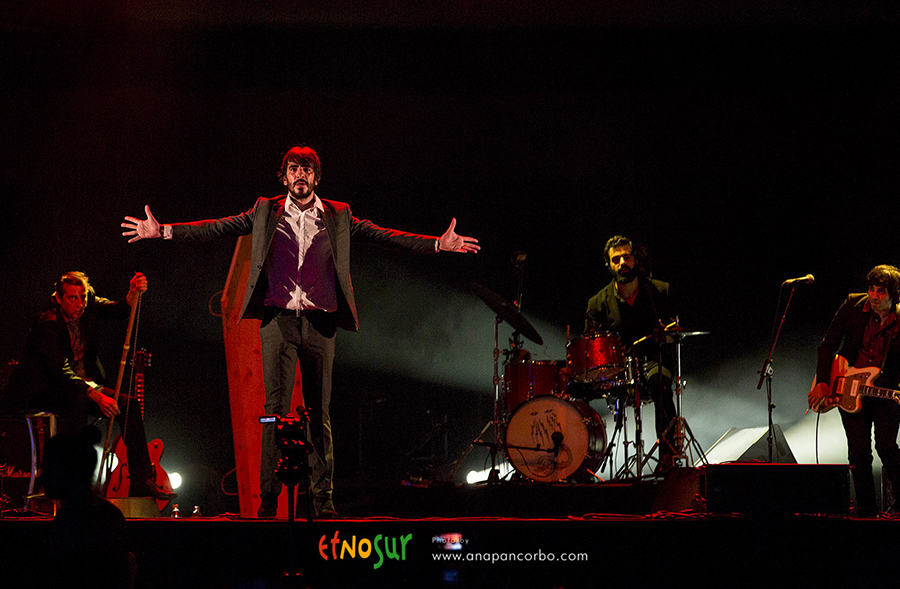 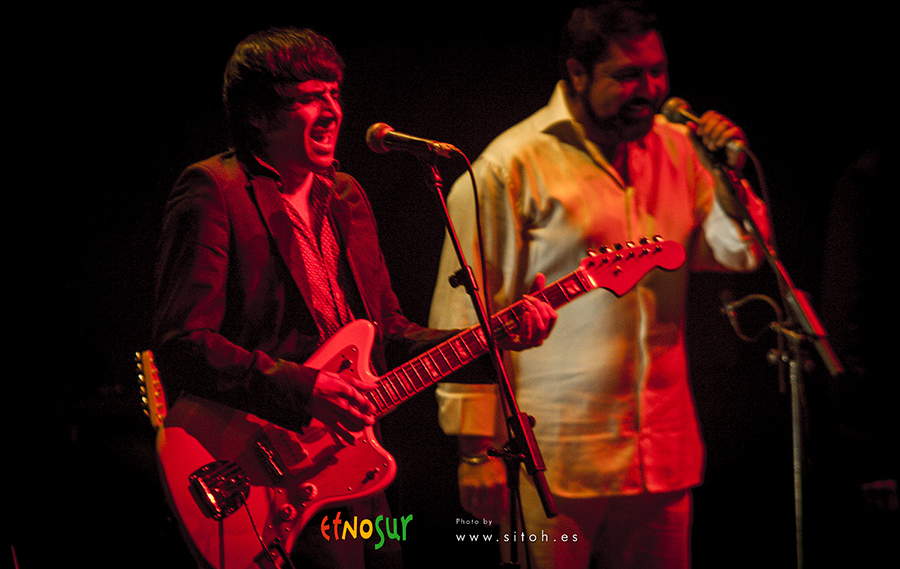 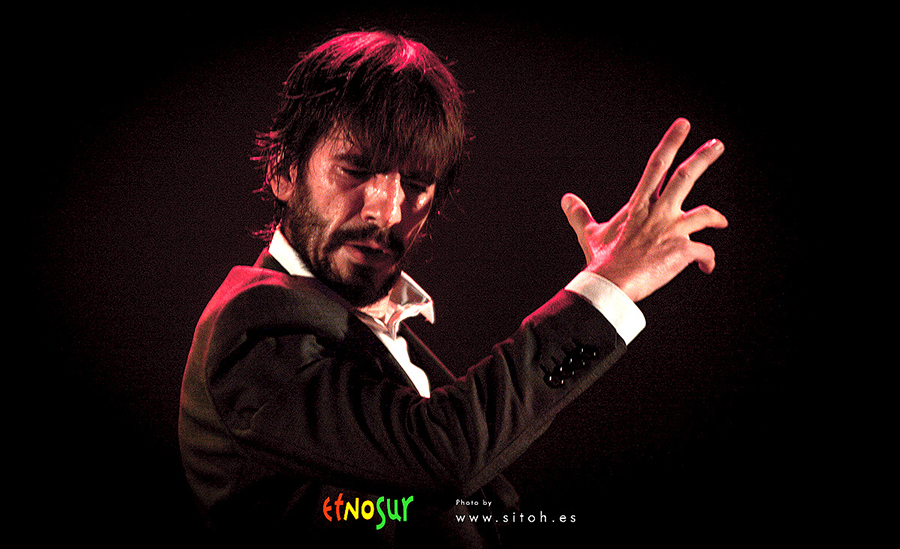 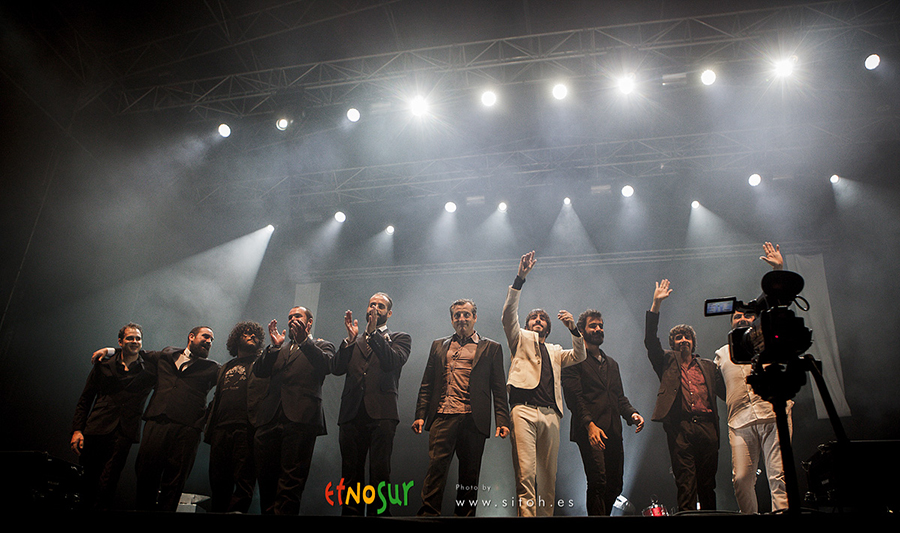