Once again, the miracle has taken place.  Etnosur turned 18 years old, the festival of Alcalá la Real (Jaén) was brimming with music and packed with the most diverse audience you could imagine.  It’s a festival which has become part of the culture of the sierra of Jaén, and which brings music to the streets, plazas and most representative buildings.  The locals get wrapped up in it as the most important event of the year…grandmothers, families, curiosity-seekers…they all live several days with life-long hippies, bohemians and assorted characters from the fringe…young people from Andalucía and the rest of Spain who travel to the mountains of Jaén responding to the lure of the music, the workshops, forums, circus, ethnic markets, DJs…and to circulate amongst it all and, well, yes, there’s an element of street party and abandon.

Etnosur, within the format of summer festivals, is a different kind of festival, and therefore unique.  It’s free for everyone, and is celebrated by the whole town, which makes for the mixing of the locals with the outsiders who throng to the event, the music is completely “alternative”, no commercial agenda is at work, only the quality and suitability for the festival, popular music, ethnic groups, African, South American, Jamaican, Andalusian, hippie, flamenco and local music from any part of the world.
Furthermore, each year Etnosur goes all out with a production all its own, reflecting criteria of quality and suitability with the ethno-southern culture.  That’s where we come in, the chosen figure this year is Raúl Rodríguez, a complete performer who has many years and projects under his belt, a Seville man who lived through the birth of the fusion of Andalusian music and flamenco with rock and blues, alongside Kiko Veneno, Pata Negra, as well as all the flamenco artists and of course, his mother Martirio, a true music icon. 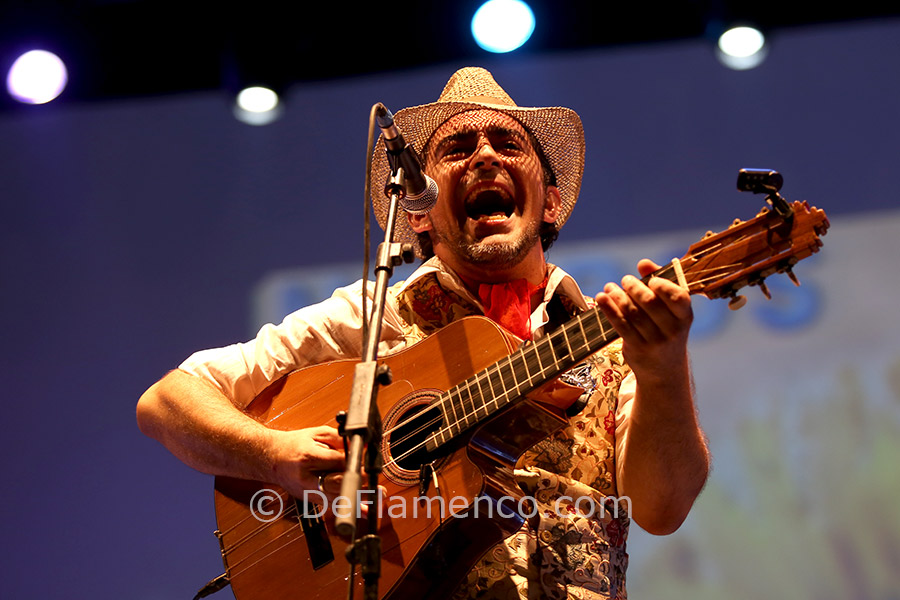 About 12 years ago, Raúl Rodríguez, along with artists from Morón, revolutionized the world of music and of flamenco with the group they formed, “Son de la Frontera”, where we discovered the power of the Cuban tres at the service of flamenco and the music of Diego del Gastor, adding a fresh sound never before heard, and which would continue to be present in all the pieces on the two recordings made by the group, “Son de la Frontera” and “Cal”, both of which are highly recommended.
Now, with “Razón de Son”, Raúl Rodríguez takes one step forward and for the first time assumes center stage with his music, thanks to Etnosur and researchers such as Jesús Cosano and Faustino Núñez who have studied the so-called “Black Sounds of Flamenco”, encounters with the Cuban son and flamenco, afro-Caribbean sounds, mixtures, rhythms from here and there, flamenco that makes the round-trip across the sea and back, not only in music, but also dance, investigating the numerous dance forms left by the “negros” in Seville throughout history and which were later forgotten. 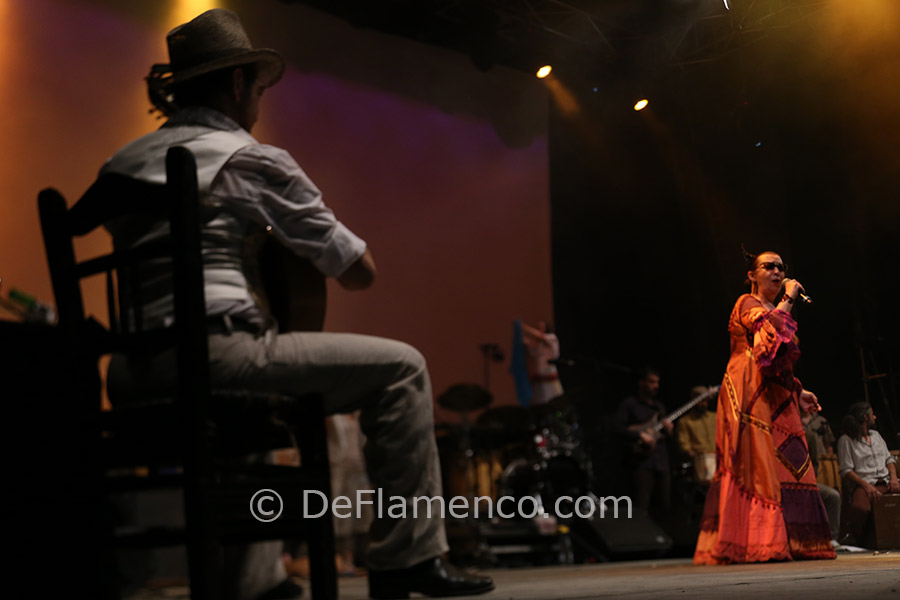 Raúl Rodríguez leading with his flamenco Cuban tres, the guitar and lute of Mario Mas, Aleix Tobías Sabater (drums and percussion), Guillem Aguilar (upright bass and mandola) with the percussion group “Coetus”, the magical dancing of “Kata Kanona”, in addition to Alexis Díaz-Pimienta and the mother of the creation, “Martirio” gave a memorable concert for the history books.  A musical amalgam, flamenco rhythms, Cuban, African, negro, Caribbean…moments from the history of music which Raúl Rodríguez has recuperated and presented at Etnosur with his flamenco Cuban tres.  The “blueslería”, a recreation of the caña, the punto Cubano, some unique peteneras, fandangos, Martirio…

Raúl Rodríguez, with his project “Razón de Son”, has once again freshened up the musical landscapt, see for yourself, here are some videos of his performance.  In autumn we’ll be looking out for his recording “Razón de Son”, and hope his show will be seen in many festivals and venues.
And como Etnosur is much more, we’re also put up some videos of the palmas workshop with Jerónimo Utrilla, and also Etnocircus. 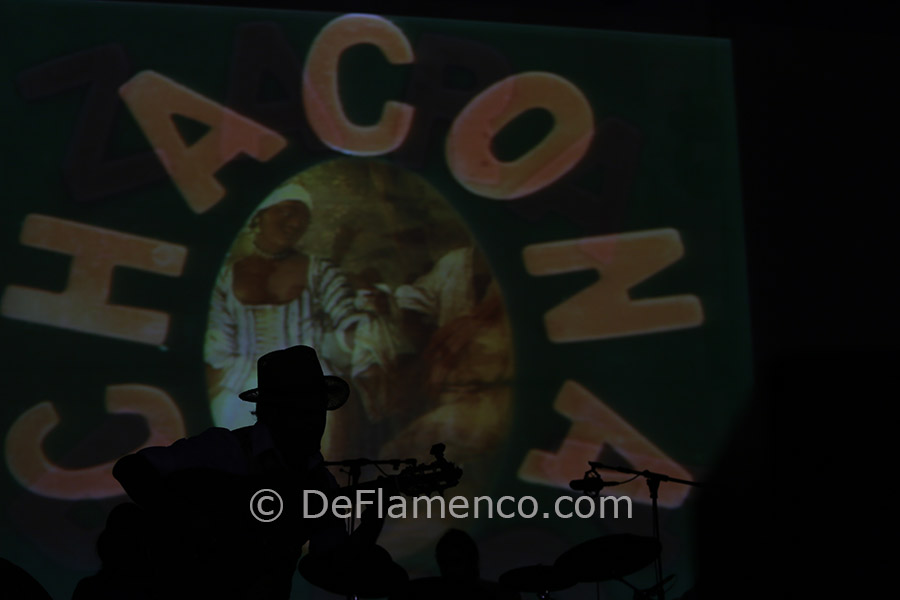 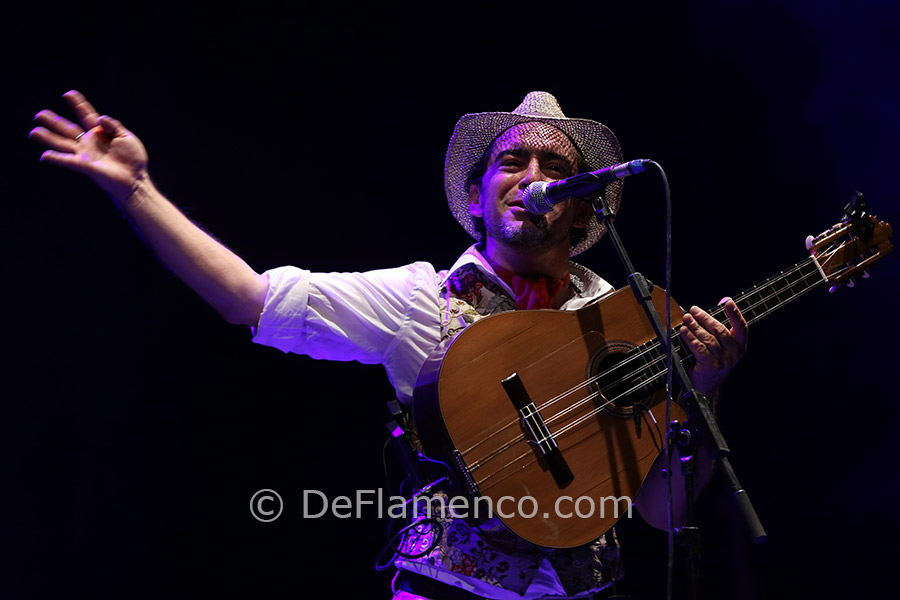 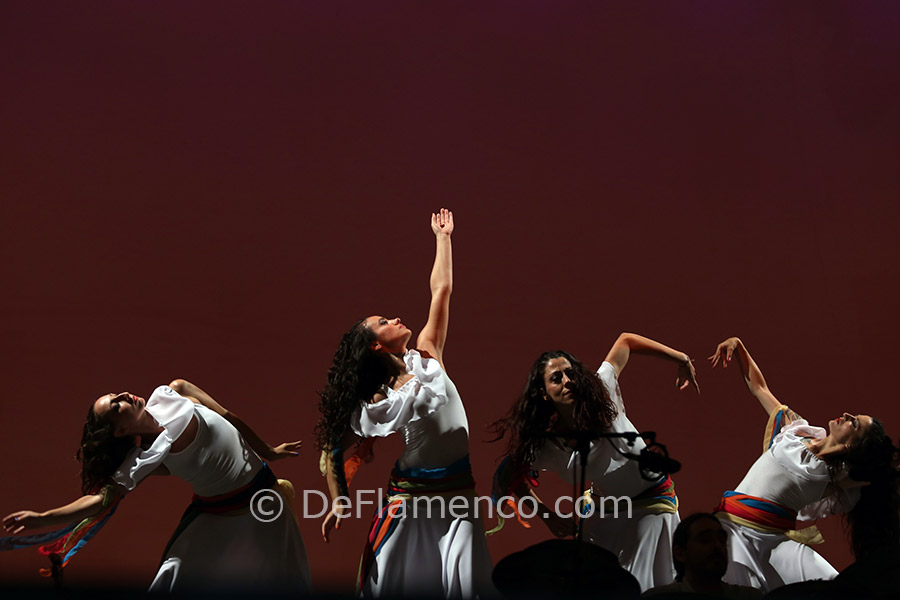 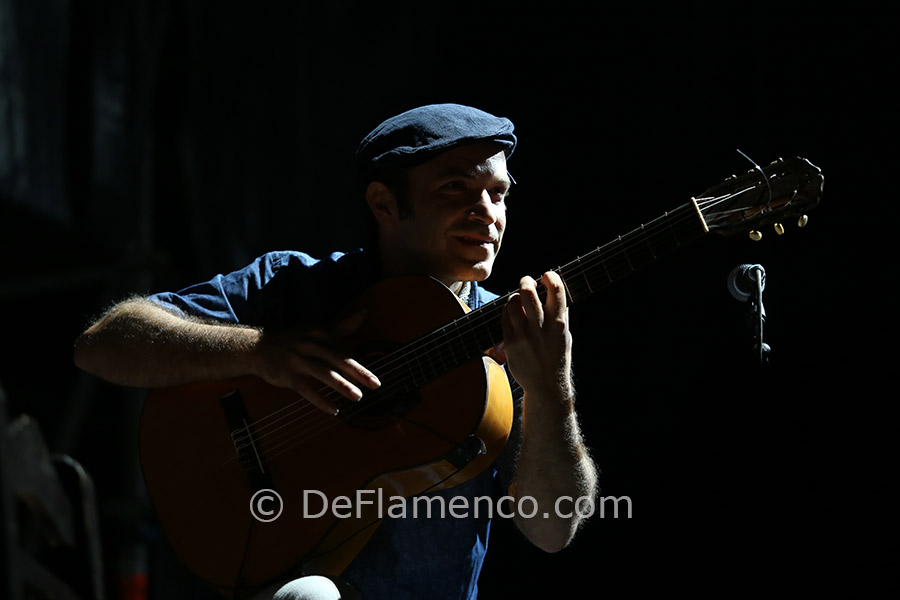 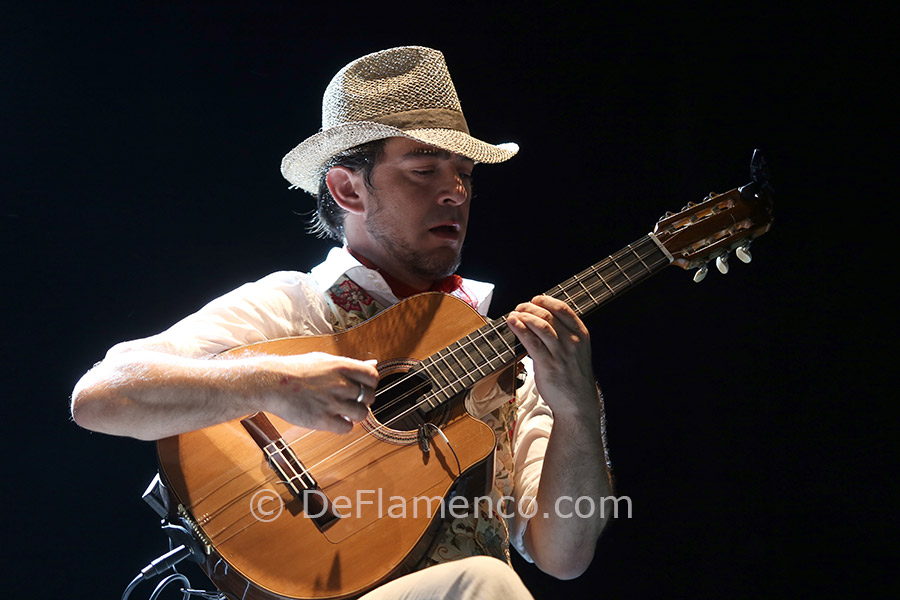 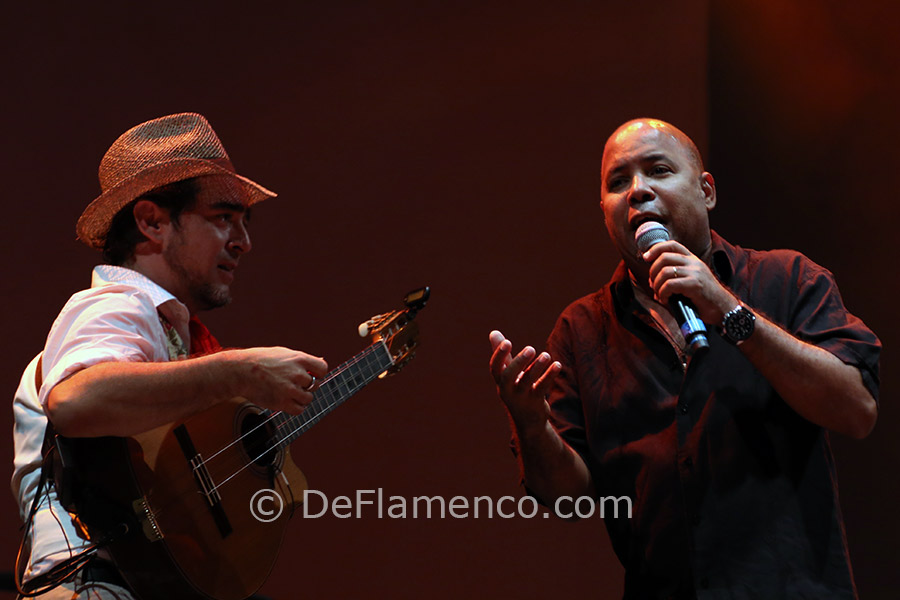 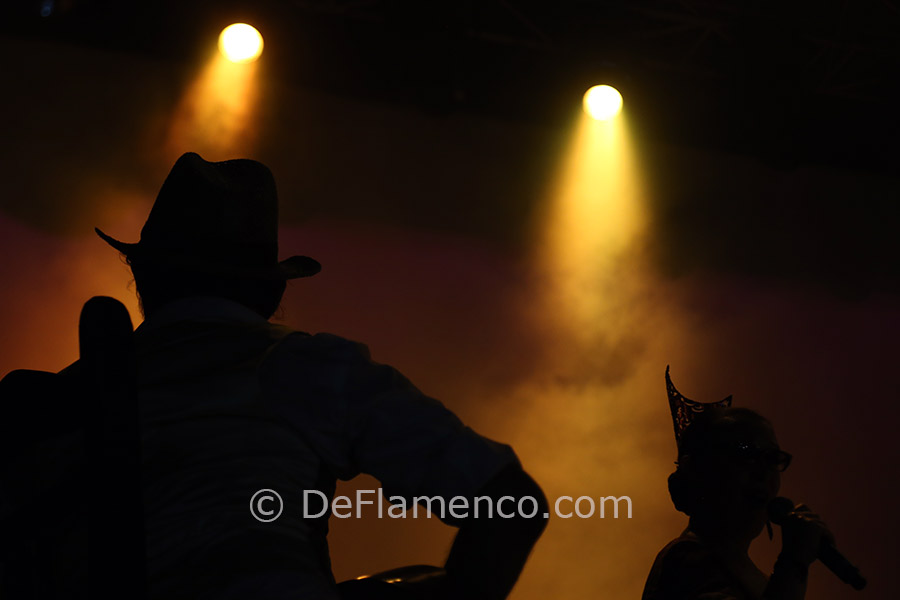 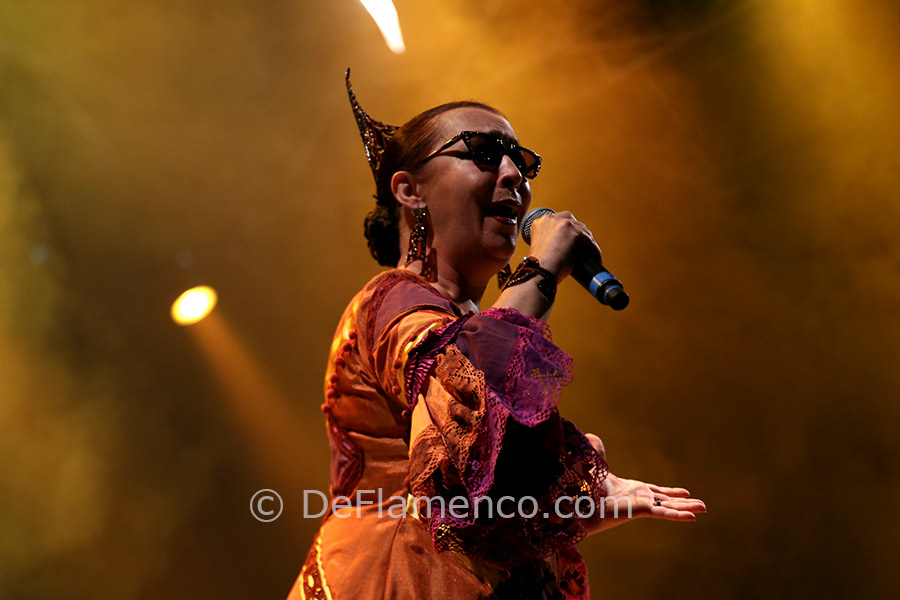 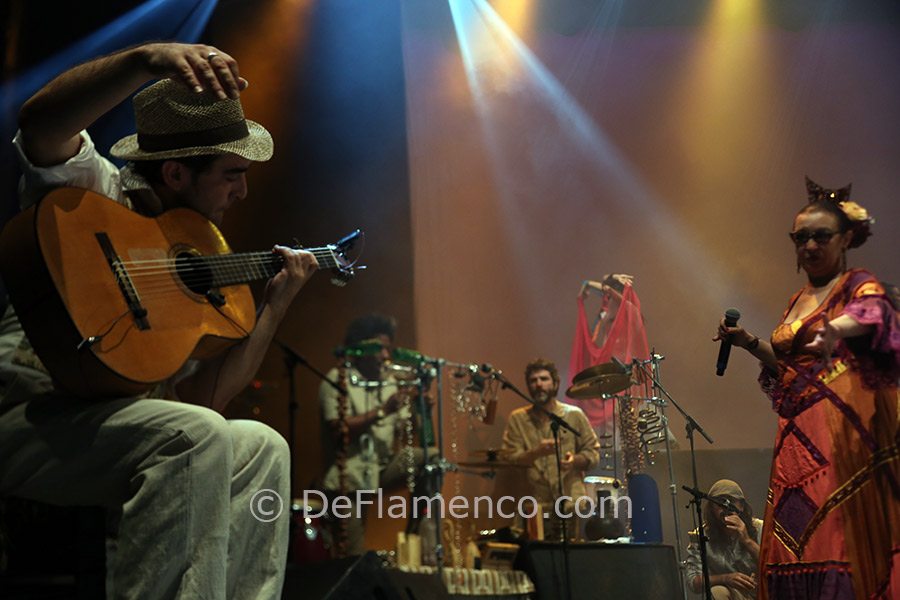 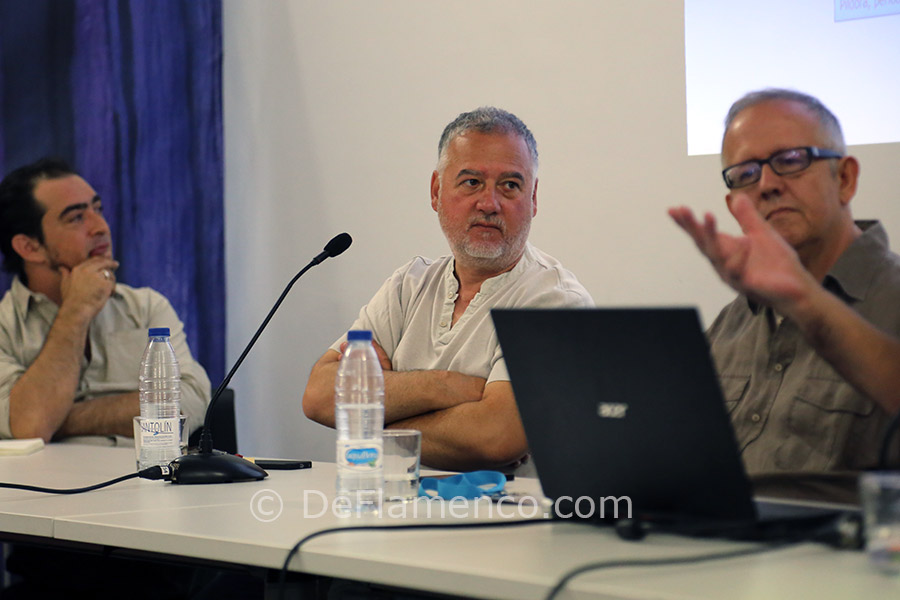