Belén lópez laid out her flamenco vision in Jerez

You have to admire flamenco dancers who have so much faith in their art and in this genre, that they risk exposing themselves on-stage without the framework of a script or story-line.  It’s a brave declaration of intent which, although it used to be the norm, not all of today’s dancers are prepared to commit to; it’s often the programmers themselves who demand the pretext of a story-line or specific concept to attract uninitiated theater-goers.  No wonder foreign tourists sometimes come to me asking “what story do the dancers’ hands tell?” (The short answer, for those who are wondering the same thing: none).

Belén López, Catalonian, like the most famous flamenco dancer of all time, Carmen Amaya, comes on just like that, with her strength and creativity.  Her dancing.  And if there’s any story, it’s the abstraction of her life and biography, her long career that began in infancy.  I was working in Tarragona in the nineteen-nineties when a small girl appeared dancing on local TV.  I immediately knew little Belén was not the typical child who had been subjected to many classes and learned to make forced gestures in rhythm for the greater delight of her elders.  In 2004, I was present in Córdoba when she won the Premio Nacional de Flamenco “Mario Maya” at the national contest, and last night, at the Sala Compañía of the Festival de Jerez, having won many other prizes and awards, she put her flamenco truth at the disposition of the audience that filled the venue.

Years of tablao experience have taught her to read the audience: how to please, how to stir emotions or trigger applause.   And I don’t know if that’s an advantage or a defect: probably a little of both.  Flamenco is a genre that gives the best results after having passed through “the interior ministry” as Fernando de la Morena would say.  Belén is a force of nature, no doubt about it, but – and I know it sounds odd – I’d like to see a bit of vulnerability, a little less self-assurance.

In “Flamenca”, the dancer demonstrates her command of the bata de cola, castanets and shawl, in addition to her classical training which shows through in some well-learned ballet movements which she knows how to incorporate.  In the soleá, she does powerful footwork throughout the singing, making it nearly impossible to hear the voices.  But on the positive side, Belén has an abundance of original moves, especially in bulerías.  She makes a pretty picture in alegrías with her white bata de cola and clipped angular movements.  In taranto, she continues in the same aggressive style while still managing to be feminine, thus tying up a physically demanding program many dancers would not be capable of delivering. 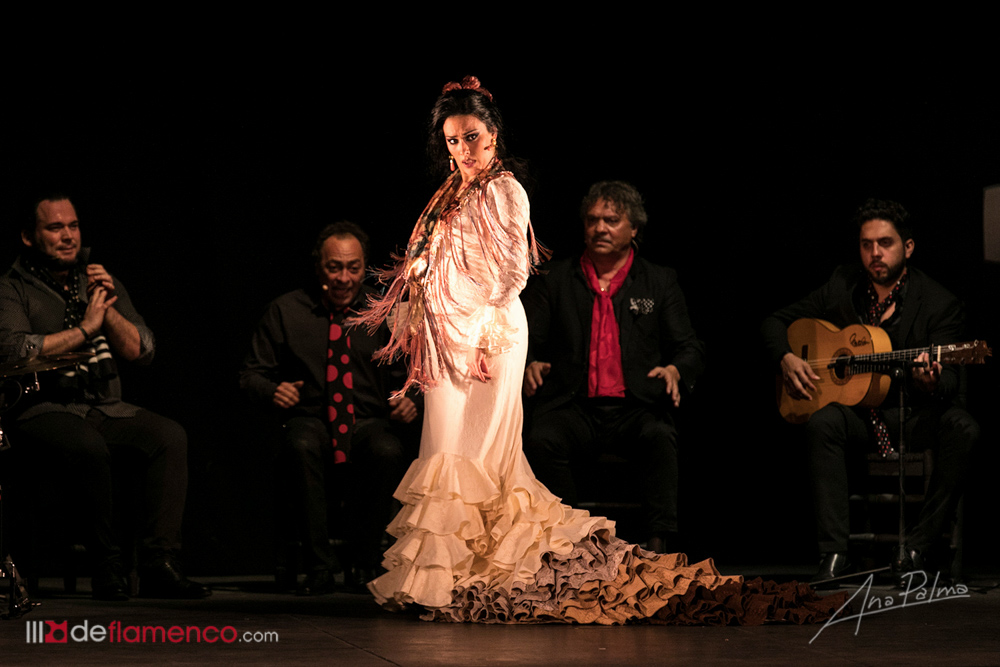 A few hours earlier, at seven o’clock, at the Sala Paúl, Diego Villegas of Sanlúcar de Barrameda, a great musician specialized in wind instruments, presented his recording “Bajo de Guía”, with the back-up of David Caro on guitar and the percussion of Roberto Jaén.  Guest artist, dancer María Moreno, added her luminous Cádiz vision with the lovely old-style moves she executes so well. 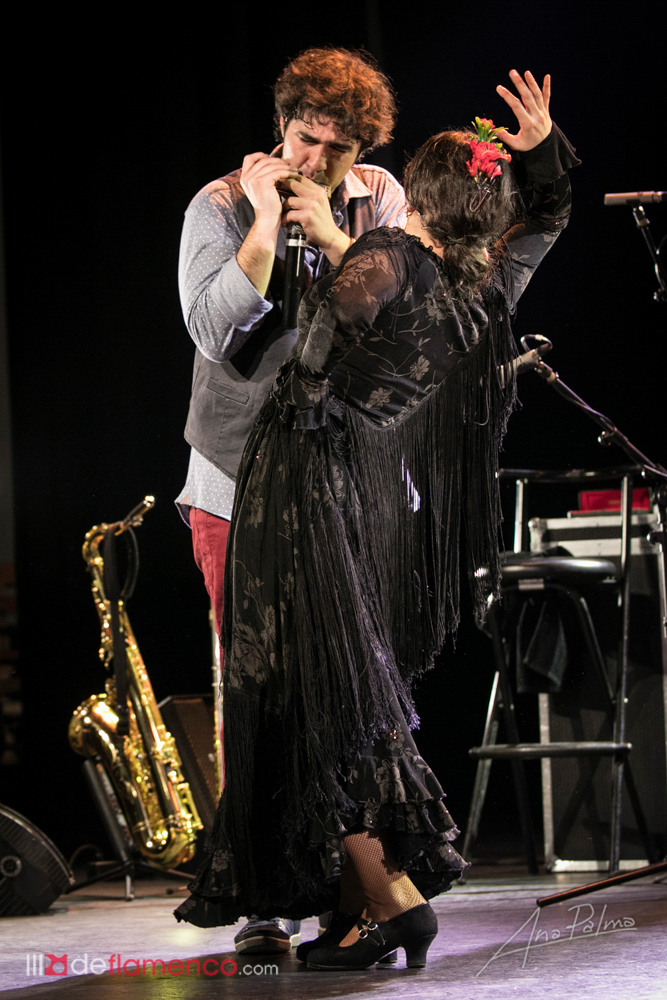 The shared language of the flamenco U.N.