July 5th to 13th the town of La Puebla de Cazalla will stage its most flamenco week.

Just as a half-century ago, the Reunión de Cante Jondo will bring together the most orthodox flamenco tendencies with the most contemporary artistas in a wide-ranging program that fills the streets and plazas of this lovely place nestled between the mountains and the countryside.

Celebrating 50 years of profession, La Puebla singer José Menese is to receive various forms of recognition, beginning with his image on the poster as rendered by Francisco Moreno Galván.  On July 11th,  a talk by Miguel Núñez es scheduled to take place: “José Menese: 50 años con el cante.Testimonio y firmeza”, and on the 12th, a monument will be inaugurated to honor La Puebla’s most universal artist in the plaza where he lived as a child.

The program includes a wide variety of presentations in addition to workshops in flamenco singing, guitar and dance.  Guitar and cante recitals such as that of local singer Raúl Montesinos, a show designed for children, dance presentations with Alberto Sellés and Patricia Guerrero and the performance of revered veteran, Cañeta de Málaga are some of the highlights.

Saturday July 13th is the grand closure with the tradional Reunión de Cante Jondo at the beautiful venue of the hacienda La Fuenlonguilla.  The program opens with the guitar of Dani de Morón, followed by Chiclana singer Antonio Reyes accompanied by Antonio Higuero, Diego Clavel with Antonio Carrión and Vicente Soto Sordera with Manuel Valencia.  The second part opens with dancer Fuensanta la Moneta, followed by José Menese himself, accompanied by Antonio Carrión.  As is traditional, the Reunión de Cante Jondo will close with a round of tonás, and the bulerías fiesta finale. 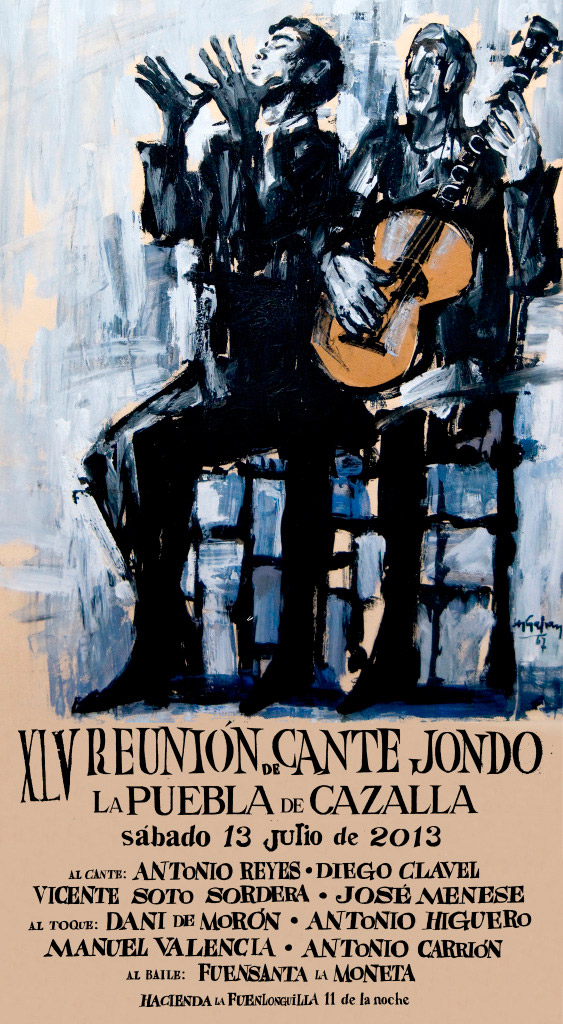 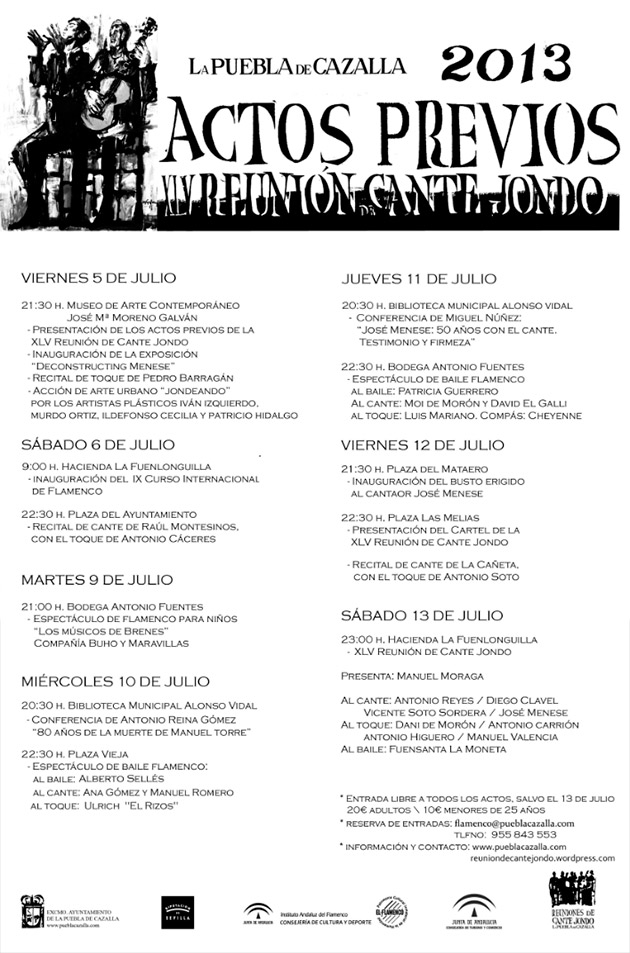