The flamenca Pasionaria, or how to curse Franco to the sound of bulerías

Performers descended from Spanish exiles present a work that evokes Dolores Ibarruri through songs, poems and recorded documents of the Civil War.

“May the omelette get flipped / and the poor eat bread / and the rich eat shit”.  In the Pasionaria at the Nimes Festival, there were moments such as these that hit the nail on the head.  No hairs were split, and no doubt was left about the inclination of a work created by singer Clara Tudela and guitarist Gregorio Ybor Sánchez, both children of exiled Spaniards.

The event took place at the Odeón Theater, where most of the audience filling the venue was of Spanish origin, and for whom three o’clock in the afternoon seemed just as good a time as any to curse war, exile and Francisco Franco.  “Vile traitor, assassin of women and children of Spain / you, who opened the door to fascism, you will forever bear our curse”.  Thus sang Tudela, expressing her rage and demand for justice through tangos, bulerías, siguiriylas and martinete, but who was also tender and mellifluous when she departed from flamenco to get into material closer to jazz and chanson.

In French and in Spanish

Pasionaria is an example of how much small format musical theater can contribute when well-organized and thought out.  For the occasion, the group included actress Julie Pouillon, who recited verses of Louis Aragon, Miguel Hernández and Albert Camus.  All in French and in Spanish, because both cultures are equally drawn from by those on stage, which is why, in addition to being a beautiful, profound and moving show, it could be presented at any theater in Spain.

Pouillon also had the task of representing the words of Dolores Ibarruri.  She did so chillingly when reading fragments of the latter’s memoirs, El Único Camino, written in 1962.  The communist leader’s voice could also be heard on a recording that was used to separate the sketches that comprised the show, and in which were also heard fragments of speeches by Franco, Hitler and Mussolini.

Between audio documents and recitations, Tudela continued to deliver her songs with fury and gravity: “The orchard of paths / is stepped on by many / and the worker’s wife / by a couple of rogues”.  Clara, who was official singer for Lita Peiro’s Academia de Danza Flamenca in Montpellier, because of her voice, could well be a flamenco version of the brutal Napolitan singer Pietra Montecorvino, but her delivery is more contained.

A show in red

From a musical point of view, Pasionaria is an impeccable work in which the piano is exquisite.  To round things out, the percussion of Xavier Desandre added spice, and the upright bass of Pedrito Martínez gave the gravity the show required.

In the end, to recall the dream of anyone who in exile, the group turned to tango, and interpreted a version of “Volver”, easy-going and sweetened with saccharine, but at that point, it didn’t matter.  Not to a complicit audience that sang along with the musicians for “Ay, Carmela” with sounds of bulería that the performers repeated in the encore.  Which is why, yesterday at the Odeón, a place which is basically dark and uncomfortable, felt warm and inviting.  The red lights on stage helped, but also the audience in general, and one member of the audience in particular who, trilling his ‘r’s upped the heat and the color shouting out: “Long live the International Brigade!” 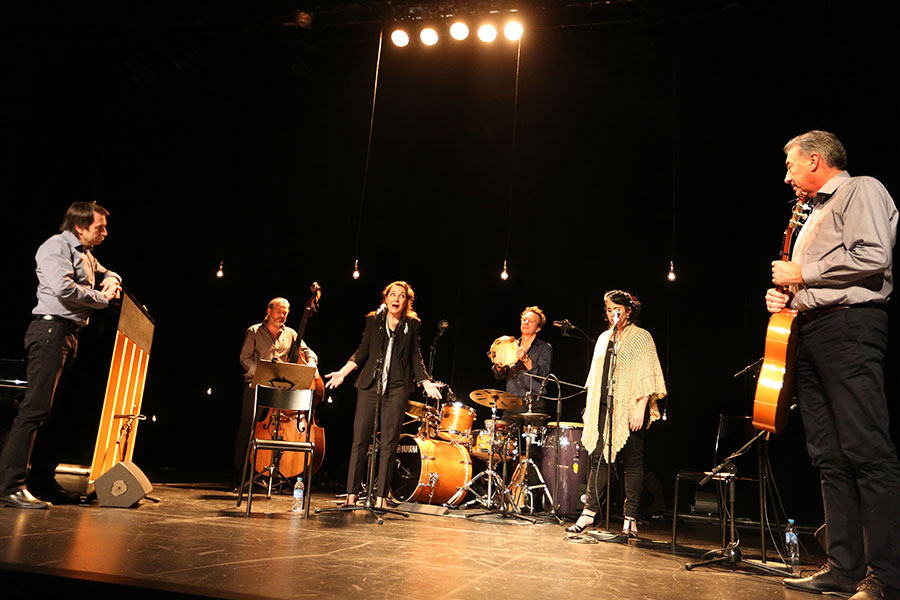 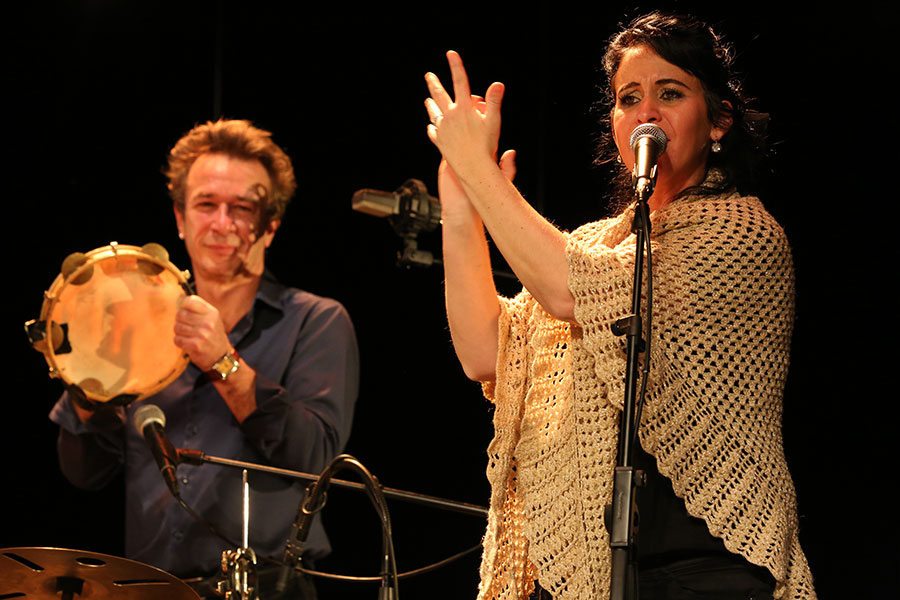 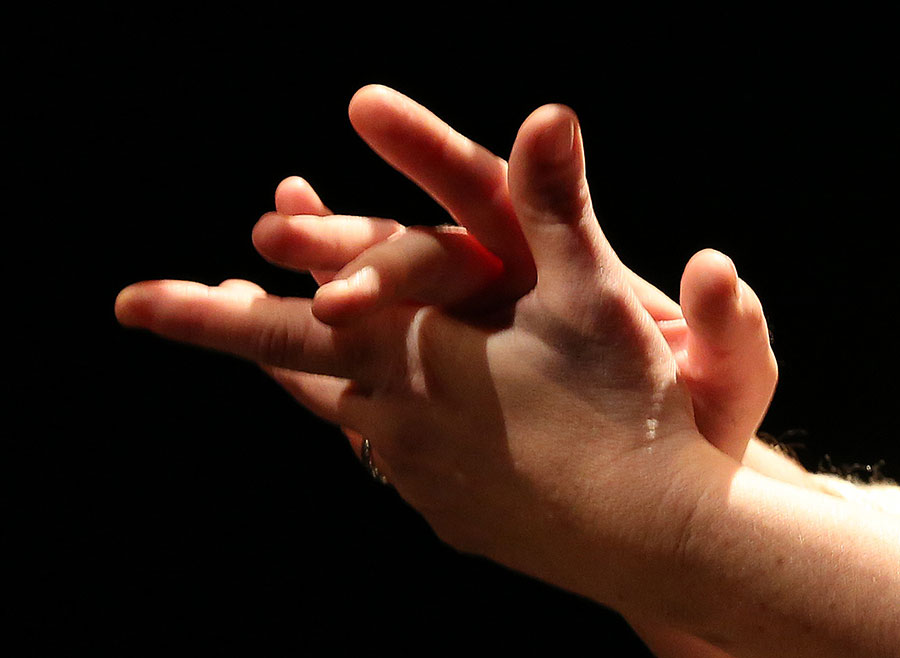 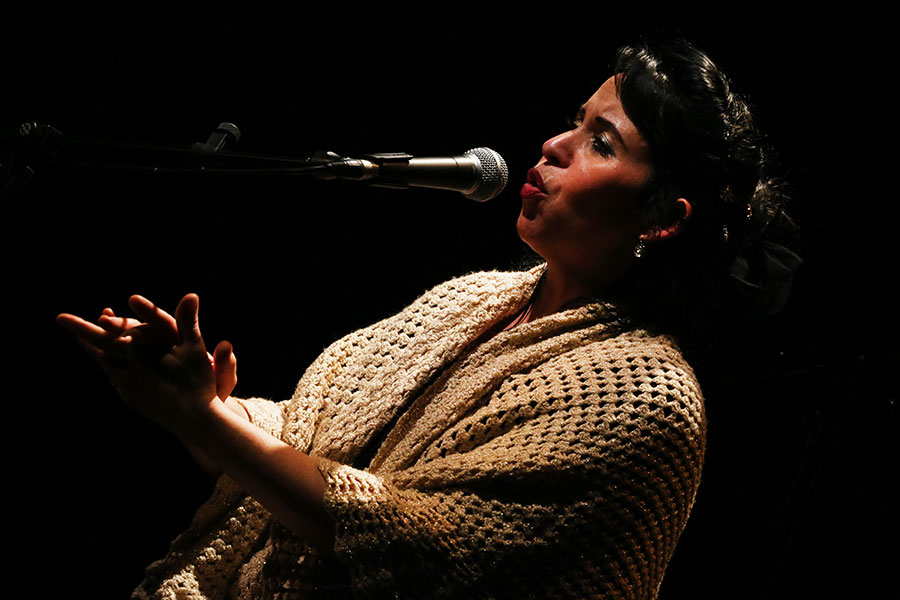 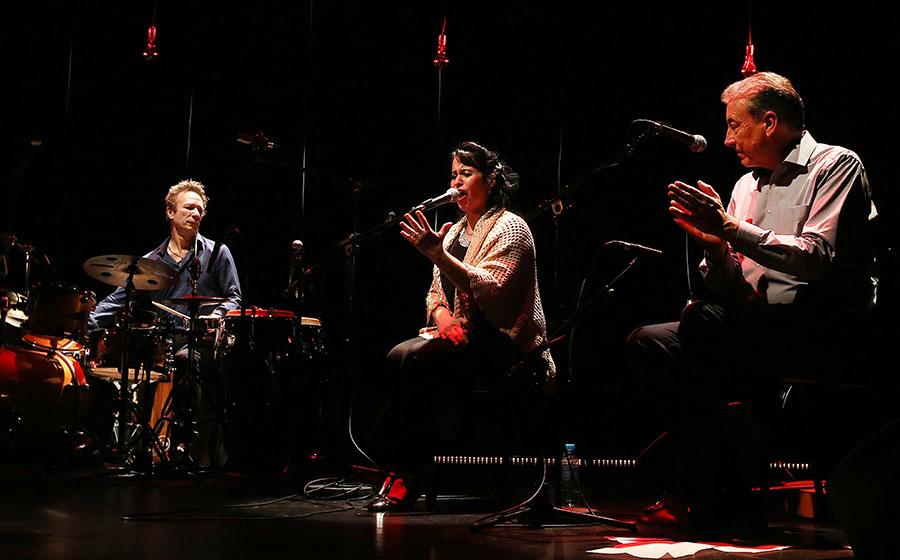 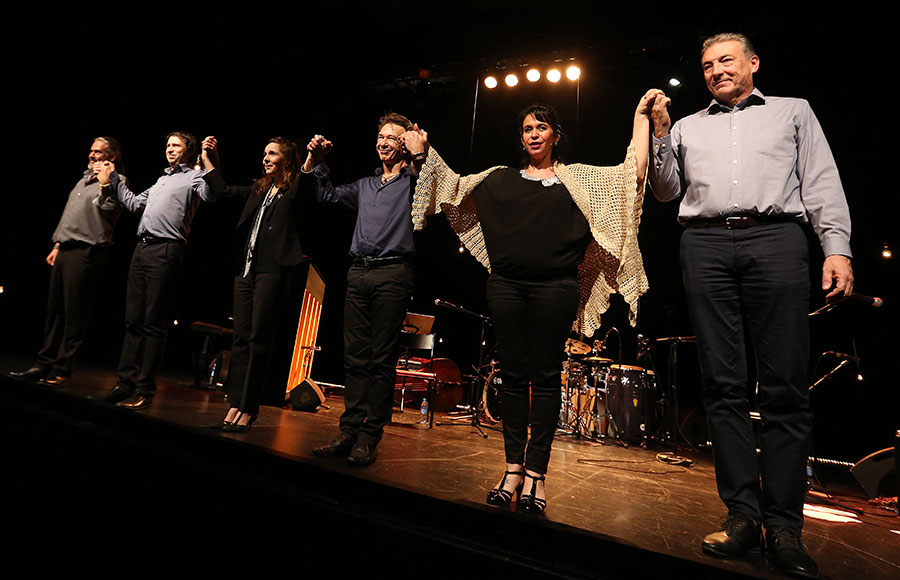