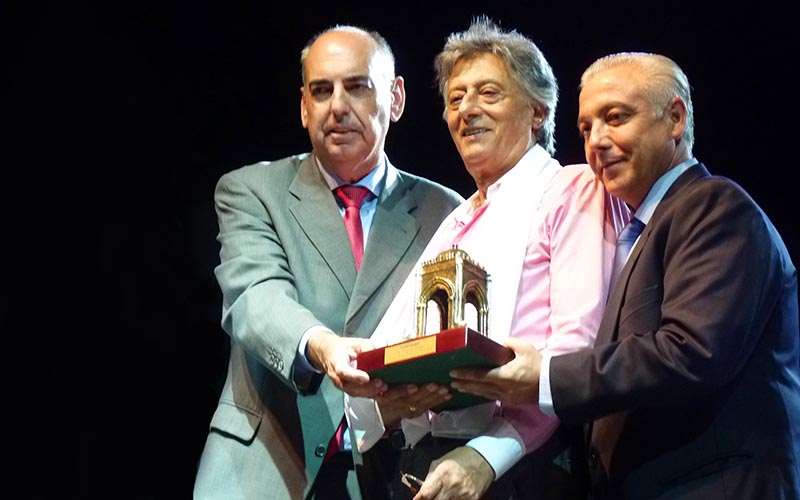 When the entire country is enduring the effects of a heat wave, the large athletic field of Utrera’s Colegio Salesiano managed to attract a numerous audience for the sixty-first edition of the Potaje Gitano, the first and longest-running of the traditional flamenco festivals.

Many believe this is an outdated format, and in fact, without featuring media personalities to attract the public at large, the box-office suffers.  In 2004, the Hermandad de los Gitanos that organizes the event, saw ticket sales sky-rocket with their tribute to the singer Alejandro Sanz.  Other popular stars such as Isabel Pantoja, Lola Flores and Raphael had been similarly honored.  But last year the tribute to Paco de Lucía marked a return to the earlier system of paying tribute to flamenco interpreters.  This year, the career and contribution of Miguel Peña Vargas, “Miguel Funi” as he is known, 78 years old and one of the most admired flamenco artists, representative of the legendary Peña Pinini family that defines the flamenco of Utrera and Lebrija, was the chosen figure.  Neither singer nor dancer in the strictest sense, but rather both, a “festero” par excellence, specialist in a specialty that is nearly obsolete in the new millennium.

The line-up of artists reflected the traditionalist intent.  Capullo de Jerez with Manolito Jero on guitar, delivered the Jerez feeling in the habitual mega-dose, with his peculiar elegance and unmistakable personality.  Soleá por bulería reminiscent of typical taverns, inventing and creating on the go, and free-form fandangos that included styles of el Niño de Los Barrios and Manuel Torre, with his impossibly rough-edged voice so appreciated by a certain sector.  There were also tangos that wanted to be rumbas, and bulerías that were equally idiosyncratic.

Cañeta de Málaga, ole, ole and ole!  As emcee Antonio Ortega said, we won’t say her age, but she was born in 1936.  Just in case someone has trouble remembering what flamenco is…because it’s becoming harder all the time to define…you only need to see this lady who brings together all the elements that can’t be learned at a conservatory or dance school, distills them to their most concentrated essence and delivers the package ready for consumption.  With her family group, the wonderful Antonio Soto on guitar, José Salazar, veteran singer, husband of Cañeta, Loli Cañeta and Kiko el Tiriri, she worked up such a froth the lights blew.  No joke.

After the electrics were fixed, Pedro el Granaíno, a singer who has managed to build a solo career after many years singing for the best dancers, came to surprise and delight the Utrera crowd.  An unmistakable aroma of Camarón conditioned everything he did; the legacy of the singer from La Isla has been forever imprinted on flamenco.  Pedro had words of praise for Miguel Funi before launching his velvety voice por soleá, tientos, siguiriyas, bulerías and free-form fandangos with the accompaniment of Patrocinio hijo.

After a brief documentary on Miguel Funi, journalist Manuel Bohórquez spoke of his career, and municipal authorities offered various honors to the artist, who then gave a brief demonstration of what he does.

After the performance of a numerous local group with singer Manuel de Angustias, guitarist Pitín hijo and the young dancer Sofía Suárez, among others, the goddess of flamenco dance put the finishing touch.  Some say Manuela Carrasco’s dancing has a certain masculine look as a result of having learned the art from her father.  I’d say that influence is what makes her dancing severe, in the best flamenco sense, the absence of superficiality or exaggeration, and the incorruptible elegance of her style.  She was majestic and sublime in her accustomed register, with the outstanding guitar of her husband Joaquín Amador and the voice of her daughter Samara among others. 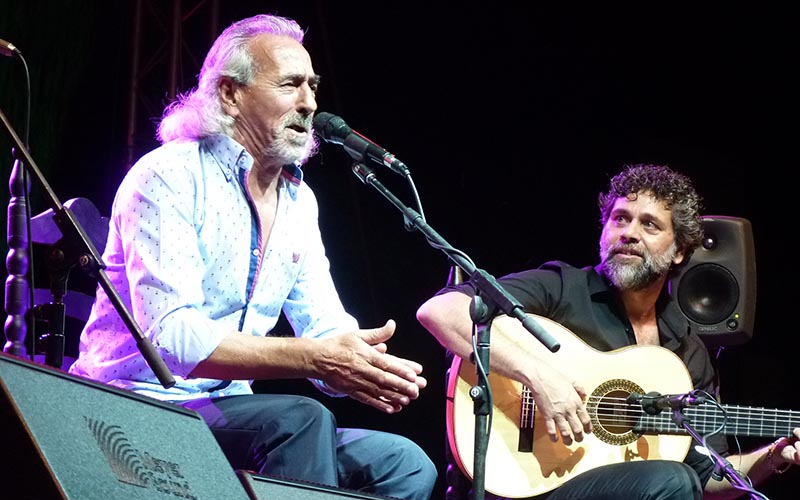 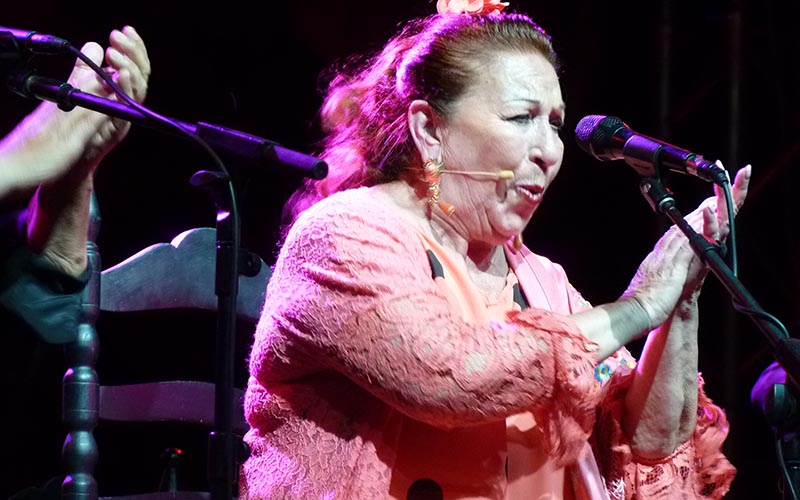 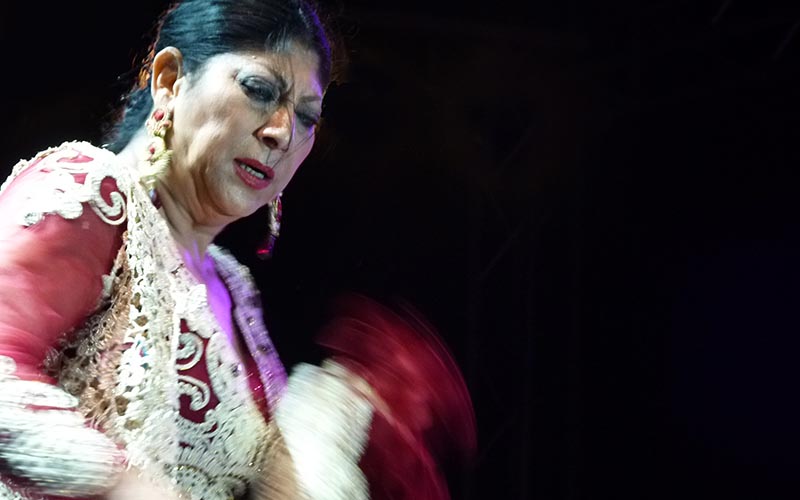 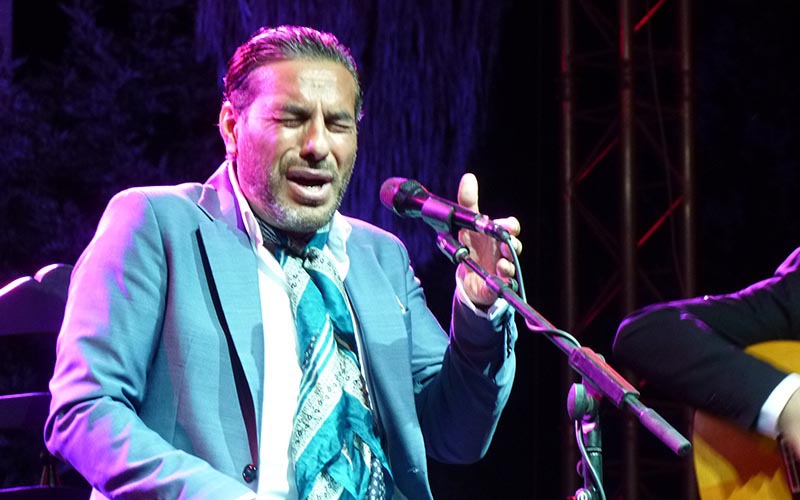 Rafael Riqueni: “There's no sadness in my guitar… there's life”

Rafael Riqueni: "There's no sadness in my guitar... there's life"