Nowadays, with the decline of the traditional flamenco festivals, you hear a lot about finding new formulas, nearly always based on parallel activities such as academic presentations that in the end tend to attract a limited audience, or more drastic yet: the prohibition of food and drink brought from home.  For this reason, the idea of Alfonso Queipo, organizer of this tribute to artists specialized in festive flamenco, within the framework of the Cante Grande de Ronda, which in turn is part of the 4th Bienal de Arte Flamenco de Málaga, 2015, was a breath of fresh air. We were spared the typical assembly-line of one seated singer after another, there were no lengthy speeches on possibly arcane topics, and certainly there were picnic baskets from home; some friendly people in my row kept me supplied with dry sherry, Spanish omelette and cured ham for the five-hour duration of the program. 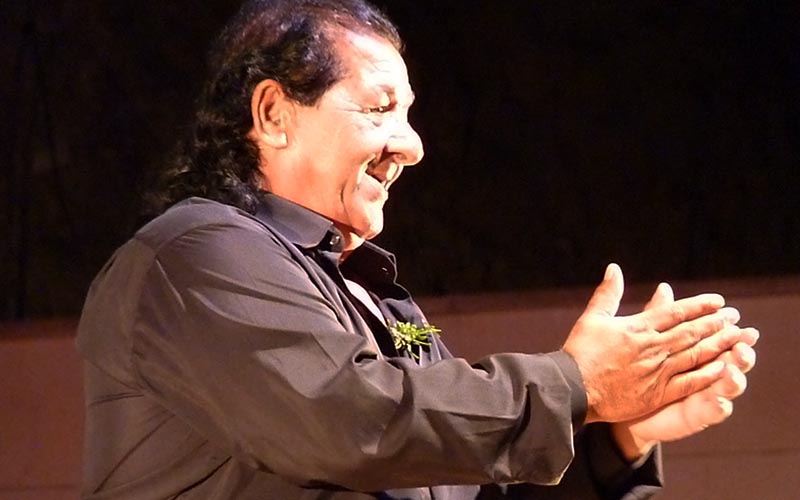 A festival of “festeros”, people specialized in singing and dancing the festive forms, mostly bulerías, simple as that.  Many flamenco fans, especially the younger ones, have no more than a vague idea of what a festero is, or have never seen one perform live.  In this sense, the long audiovisual projected at the beginning of the event, with fragments of performances by Anzonini, Cuchara, María la Burra, Pepa de Utrera, Enrique Pantoja, Aurora Vargas, María Soleá, Gaspar de Utrera (not actually a festero, but known as such), Andorrano, Miguel Funi and Paco Valdepeñas among others, opened our appetite for the orgy of rhythm and good humor that was about to follow.

Two performances not part of the festero line, but which were well-received were those of the winners of the “Aniya la Gitana de Ronda” contest of the “Tobalo Fernanda y Bernarda” association: singer, Juan Antonio Porcuna “El Veneno”, and Mexican dancer Alejandra Aguilar.

Master of ceremonies Manuel Curao escorted us through the festero artistry of the various performers, most of whom were from Seville and province, Málaga and Algeciras.  Manuel de la Curra, Jerez native settled in Málaga, was the only representative of Jerez.  This is relevant, because the relaxed, malleable rhythm from outside Jerez lends itself to the festero's product, allowing for long hours and even days of bulerías without becoming tedious. 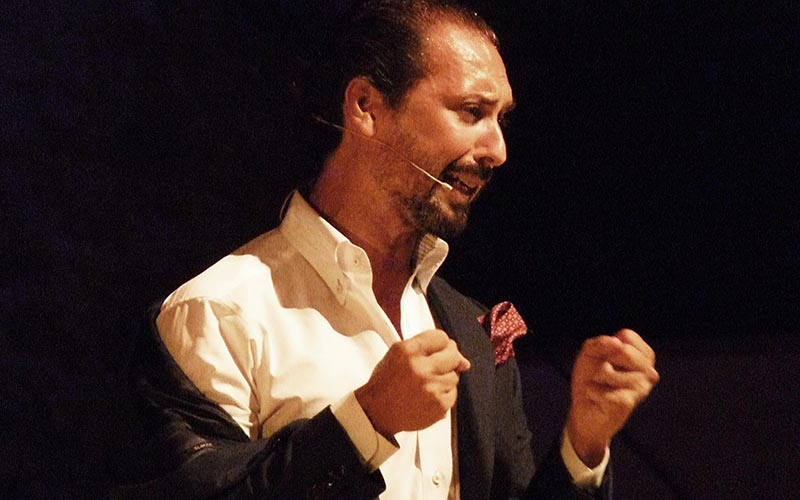 Noteworthy moments included Pepe Torres participation.  The dancer from Morón de la Frontera said: “This is the first time I'm going to play guitar, sing and dance in a festival.  My family of Diego del Gastor and Aniya la de Ronda deserve nothing less”.  He played soleá and bulerías with the most classic sound and touch, evoking a time prior to his own birth.  His bulerías dancing shows flashes of his uncle Andorrano, and his singing is sincere and authentic.

Also delightful, was the stylized singing and dancing of veteran festero “Remache”, creative and ingenious, with the gentle humor of times past.  The performance of young festero Javier Heredia put things into perspective: between both artists were to be found the dimension, roots and current state of an art-form in danger of extinction.

The presence of women in fiestas was represented by Carmen Ledesma, described by Manuel Curao as being “the quintessential interpreter of home-spun dancing”, with the singing of Mari Peña, sweet and measured, and Herminia Borja, intense and powerful.

The Lérida brothers, known as the “Pañeros”, Perico and José, defended the classic singing forms and festero dancing from the area of Algeciras, and a multitudinous fiesta finale left us happily exhausted from the huge dose of good flamenco at half past three in the morning.

The words of a genius are a fitting closing:  “In flamenco there is a giddy hysterical happiness, a desire to live, and tremendous sensuality that has nothing at all to do with death…on the contrary, it is life itself”.  Paco de Lucía, from the documentary “Light and Shade” (1993). 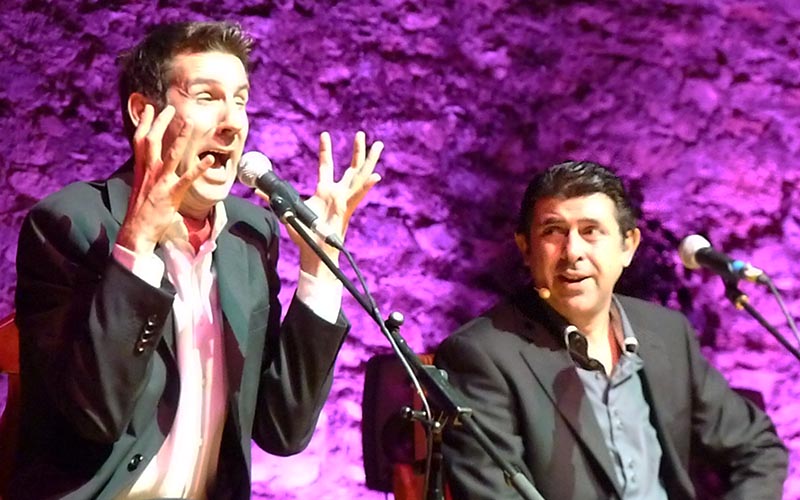 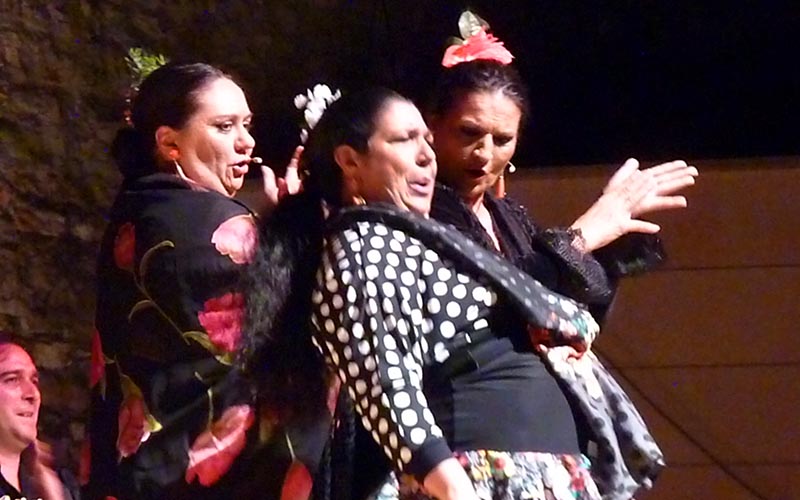 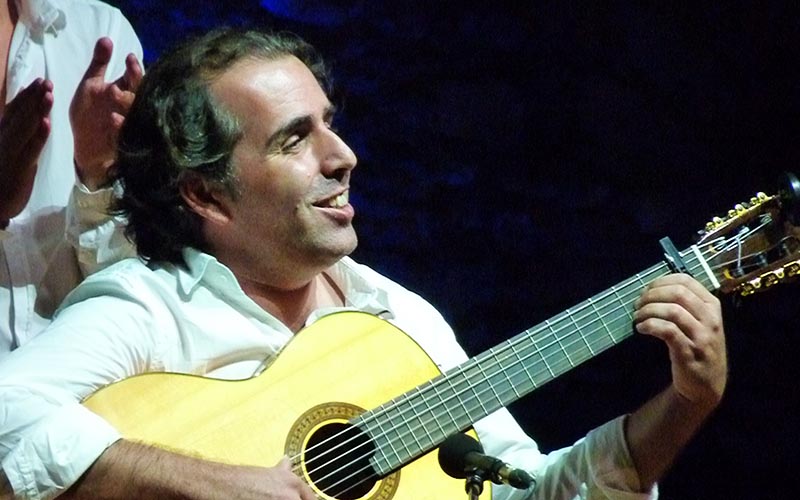