It's going to be an unforgettable Festival de Jerez this year for the twentieth anniversary.  Despite a little institutional administrative scare, in the end, no one's going to rain on this parade which will surely be around for many more years.

The Festival de Jerez, known  for being one of the most important dance events in the world, and certainly the most important of flamenco dance, is celebrating two decades of success, with a very extensive program that includes presentations of various-sized formats in the usual venues, in addition to an extensive series of performances by emerging artists, young people anxious to show their stuff in this city that promotes itself as one of the birthplaces of flamenco.  There is also the Off Festival in clubs and taverns, as well as a novel series to celebrate the twentieth anniversary, XX Espacios XX Artistas XX Festivales, in places of interest throughout the city, exhibitions and screenings, courses, gastronomic activities and a flamenco trade fair.

Arriving at the Villamarta Theater for the inauguration of the twentieth anniversary program, there was a certain Hollywood feel: dramatic cinema music, colored spotlights, images of the festival projected onto the building across the street…

And a throng of people filling the plaza.  Because Eva Yerbabuena always delivers the goods.  At the previous day's press conference, she herself thanked the organization for having accepted her proposal of the debut of “Apariencias” without knowing anything about the work: such is the level of the lady from Granada.

On the program the dancer declared that with this show “I have closed one period, to open another”.  Nevertheless, the format of contemporary dance and dreamlike images, all wrapped up at the end with Eva's legendary soleá, continues to be the order of the day.  And it works.  There are flashes of flamenco, such as the petenera, novel to just the right degree, tientos that are equally refreshing and creative, beautiful lighting and the hypnotic and intriguing use of masks.

The siguiriyas and pregón of singer José Valencia earned him warm applause.  Fine work as well by singer Alfredo Tejada.  These two men, with the classy guitar work of the maestro Paco Jarana, keep the show tethered to flamenco.  An African vocalist, Alana Sinkëy, flavors the contemporary conceptual segments with her sweet voice. 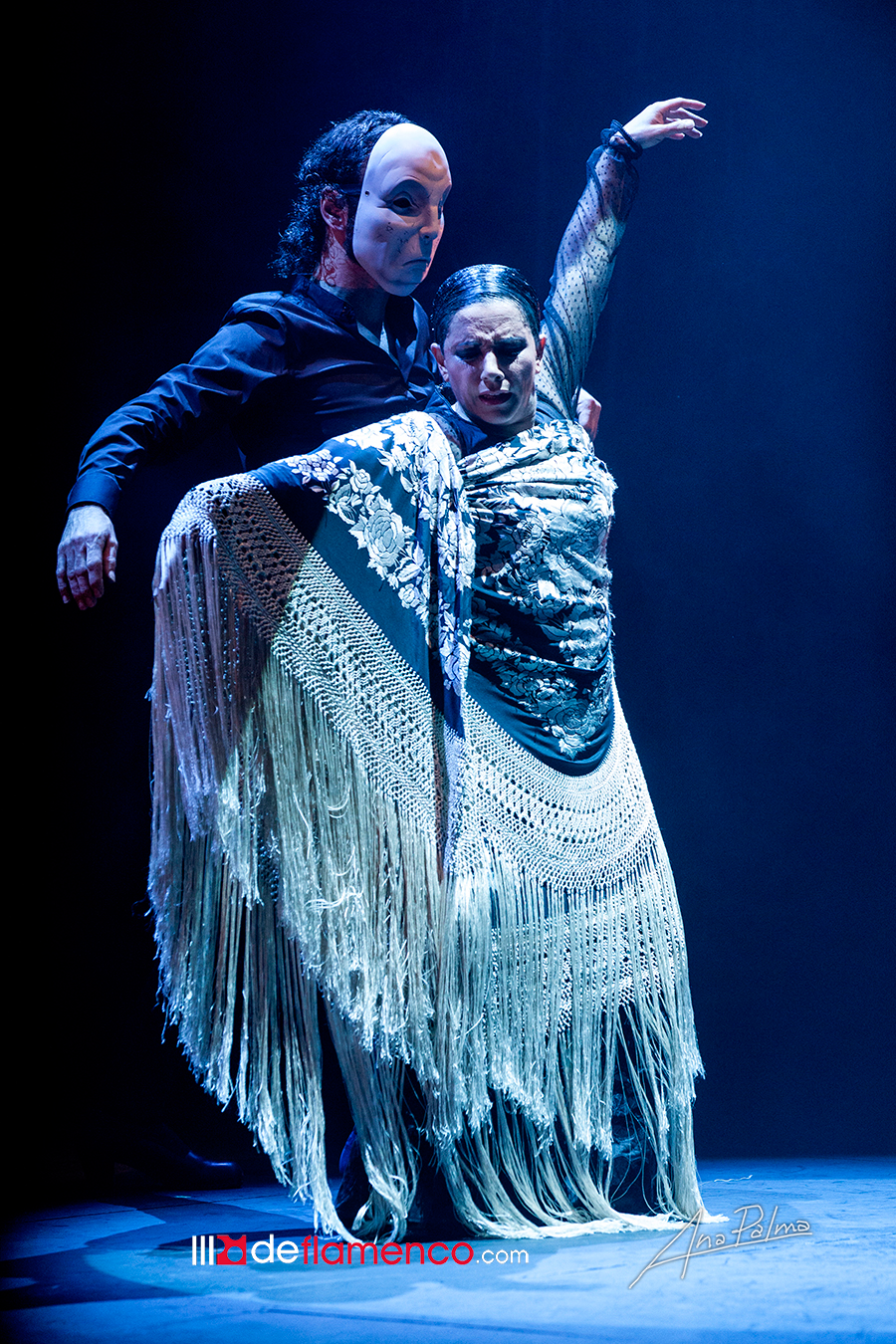 David Lagos is a singer who hasn't needed to look outside flamenco to find his inspiration.  In fact, his show “Clásico Personal” is just that: a recital of classic flamenco singing that is thoroughly novel, and there's no contradiction in that.  For example, who ever heard of a closing fiesta finale based on marianas?  Then, there's the malagueña of Chacón instead of the Mellizo styles which in Jerez have become so cliché.  And the abandolao closing, but with the accompaniment of a verdiales group, including a violinist and tambourine-player wearing the traditional flowered hat, an amazing fusion of flamenco with its folkloric origins.

A sort of suite of romances was spectacularly complemented by the dancing of Belén Maya, who gave free rein to her Sacromonte roots becoming a barefoot Moorish girl.  A romance of Negro del Puerto morphs into the second petenera of the evening, and the jota (that's right, a jota) flows naturally into alegrías de Cádiz.  It's the history of flamenco taking shape right before our eyes and ears.

Soleá de Triana, cante de Levante, livianas in a high placed tone to stand on its own rather than serve as mere introduction were noteworthy moments, all with credibility in David's soothing voice.

And Manolo Franco.  A terrific guitarist we see all too seldom on stage, much less accompanying singing.  His playing links the pre-Paco era with the galactic guitar-playing of 2016.  His music is very flamenco and directly understood, without ever sounding outdated, and his impeccable good taste keeps him from abusing extended chords and other distractions.  The bohemian guitarist Caracafé, gave dimension in addition to delighting everyone with his lanky dancing.

They say Jerez is just bulerías, soleá and siguiriyas.  Looks like someone forgot to inform this creative singer who has no hang-ups.  And not one cliché in the whole show. 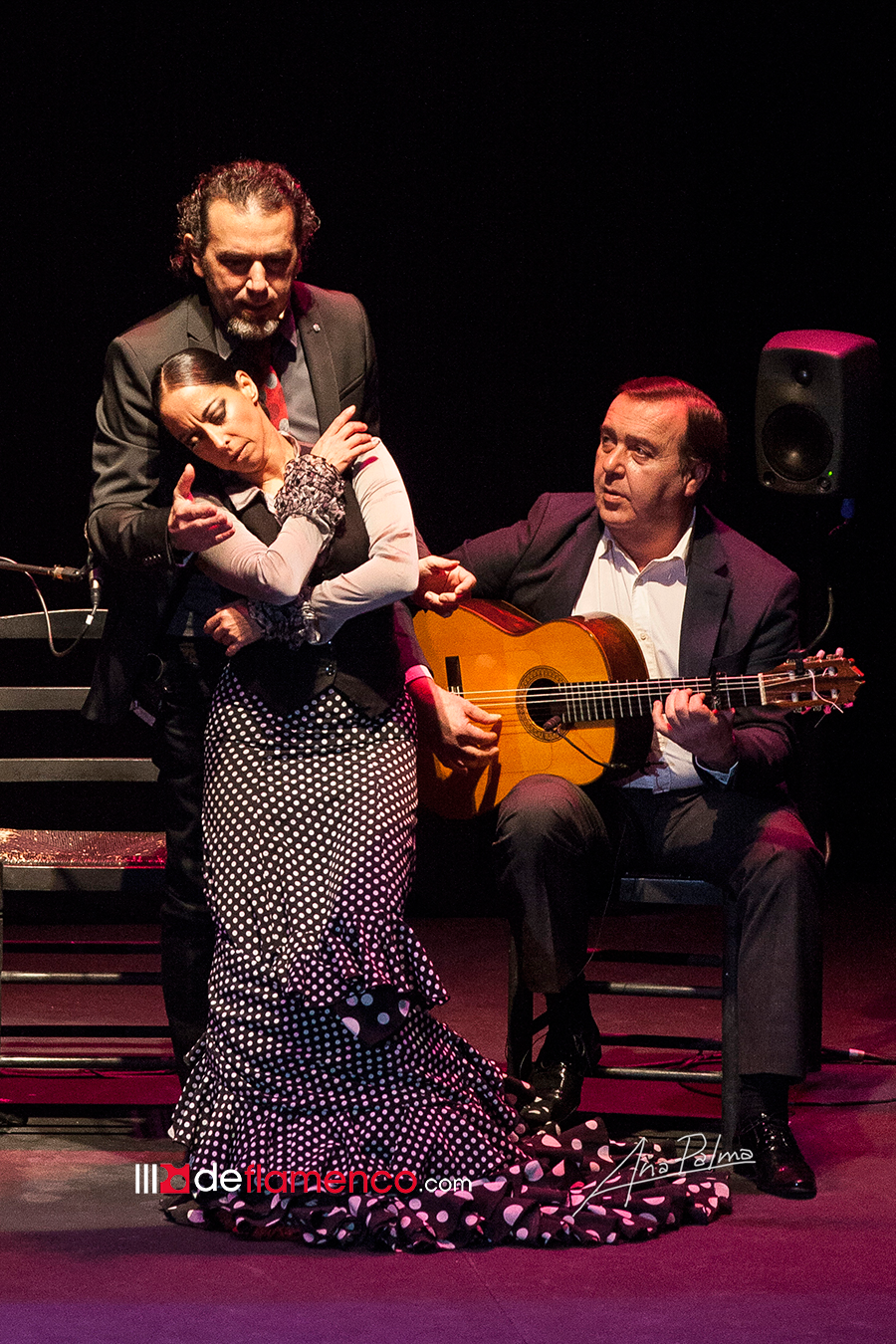