The fourth gala show of the Festival brought the most authentic, classic singing and guitar, an obsolete formula nowadays in the big festivals that need to fill large venues.  Last night that common wisdom was disproven, there was a full house of demanding flamenco followers at the Cathedral of Cante to hear two very stylized singers: El Pele from Córdoba, and Capullo de Jerez.

Pele opened the evening highly motivated, everything was in place for a grand performance, the man from Córdoba couldn't go wrong.  The sounds of his voice still reverberate in the ears and memory of everyone who was present.  Zambra, alegrías de Córdoba with poems by Rafael Alberti, “Si mi voz muriera en tierra…”, excellent soleá, siguiriyas and cabal, with a wink to Enrique Morente, as well as malagueñas.  He was magnificently accompanied by guitarists Niño Seve and Patrocinio Hijo, and the percussion of his son, José Moreno.  El Pele entered into a state of ecstasy, and the audience was completely enthralled with the dramatic interpretation of the singer, who wore all white.

Towards the end of his concert, with the audience in the palm of his hand as never before, he sang some fandangos, closing with his signature “Vengo del Moro”, with the entire audience standing, clapping in time to the music that rang out through the old Public Market of La Unión.

Just imagine how long that hour was for Capullo de Jerez, waiting in the dressing-room, hearing the walls reverberate.  Not a moment's rest, the audience was completely worked up, and on came Capullo de Jerez, “I'm from Jerez, and I'm going to sing Jerez-style”, said the singer, egged on by the intense excitement, without skipping a beat.  Capullo would not let the audience cool down or relax.  Bulerías, martinete, fandangos and siguiriyas, not his usual repertoire.  The singer strove to maintain the level, something which at this point was impossible, until the time came for the festive forms, Jerez forms of course, once again getting the audience excited enough to participate, which they did, making this an unforgettable night at the Festival del Cante de las Minas. 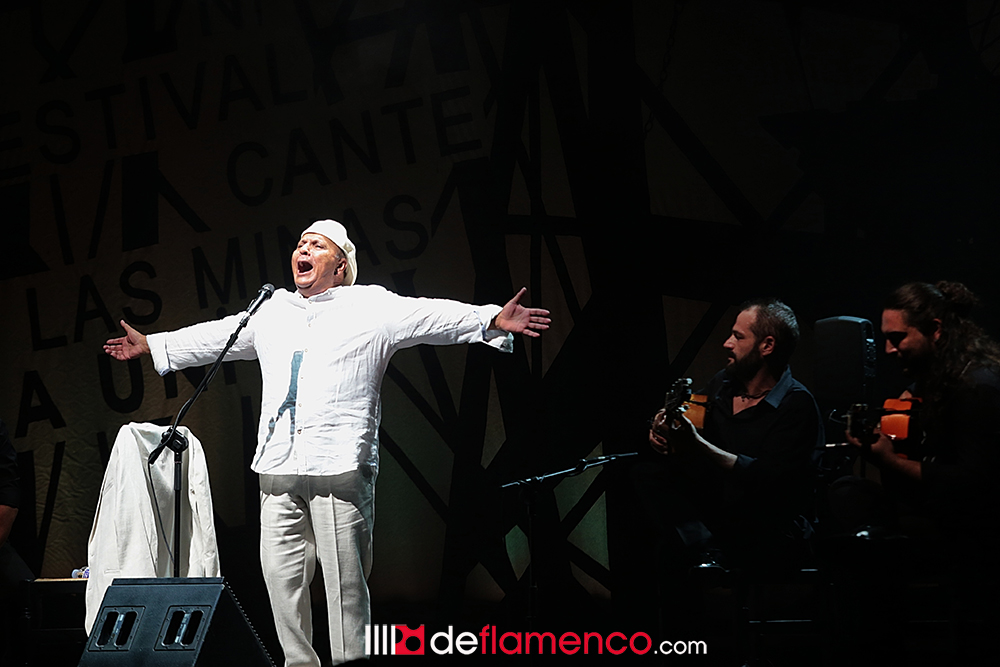 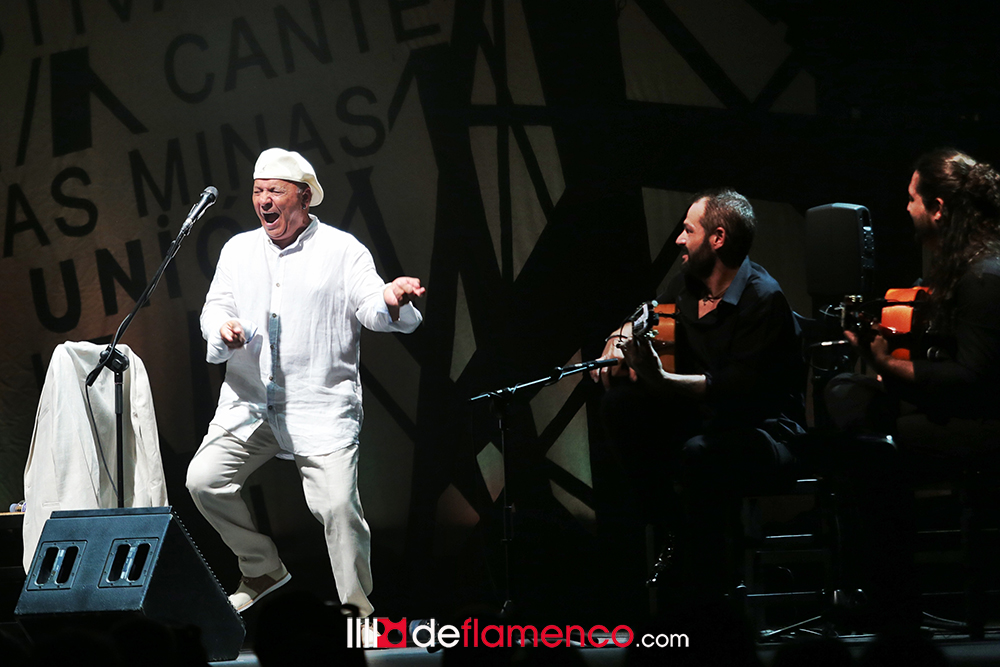 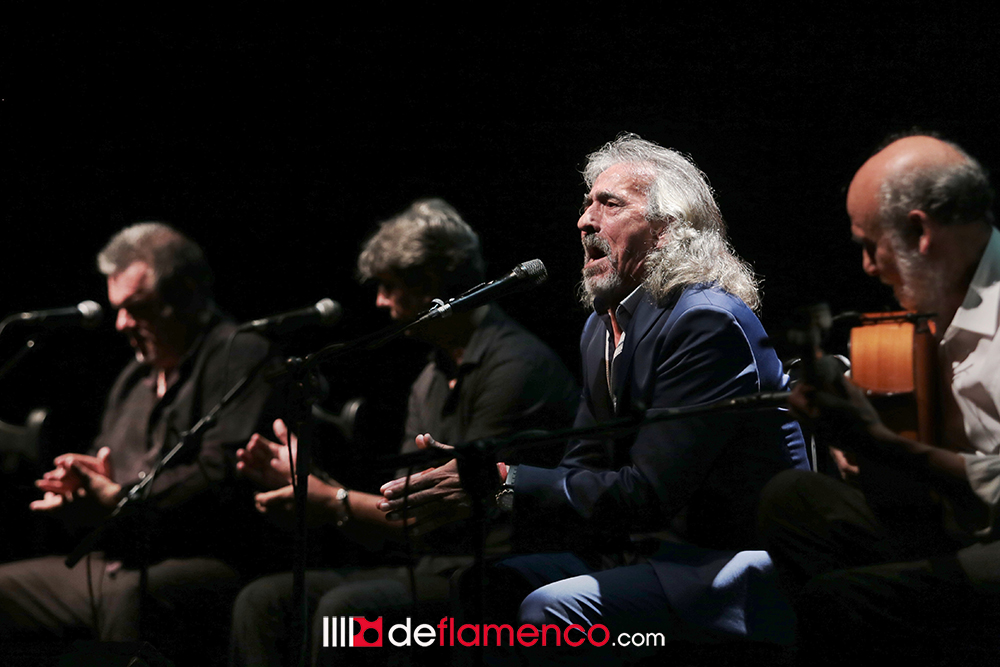 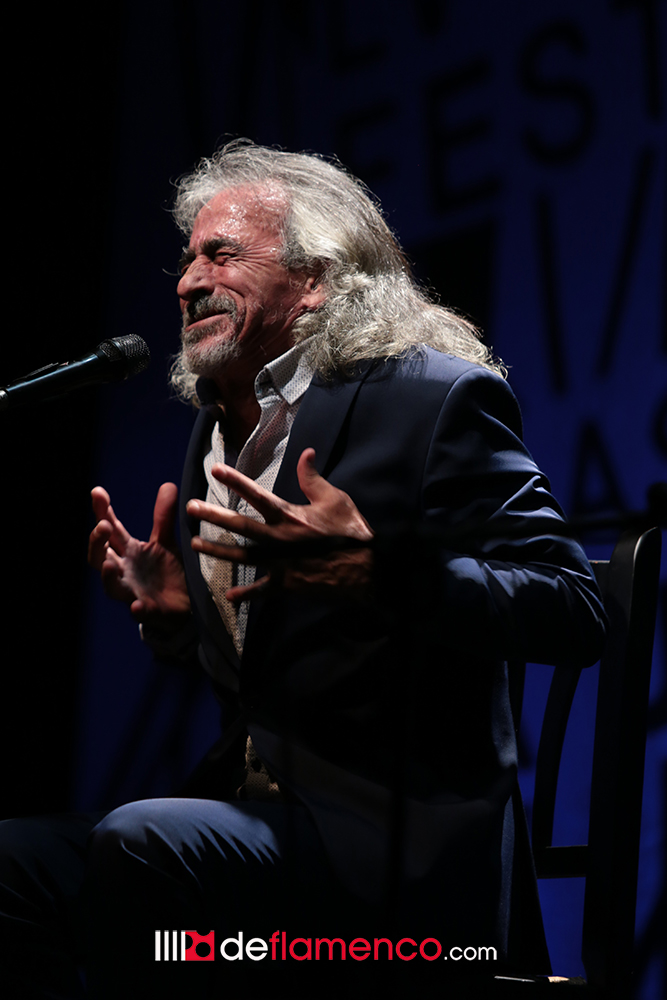 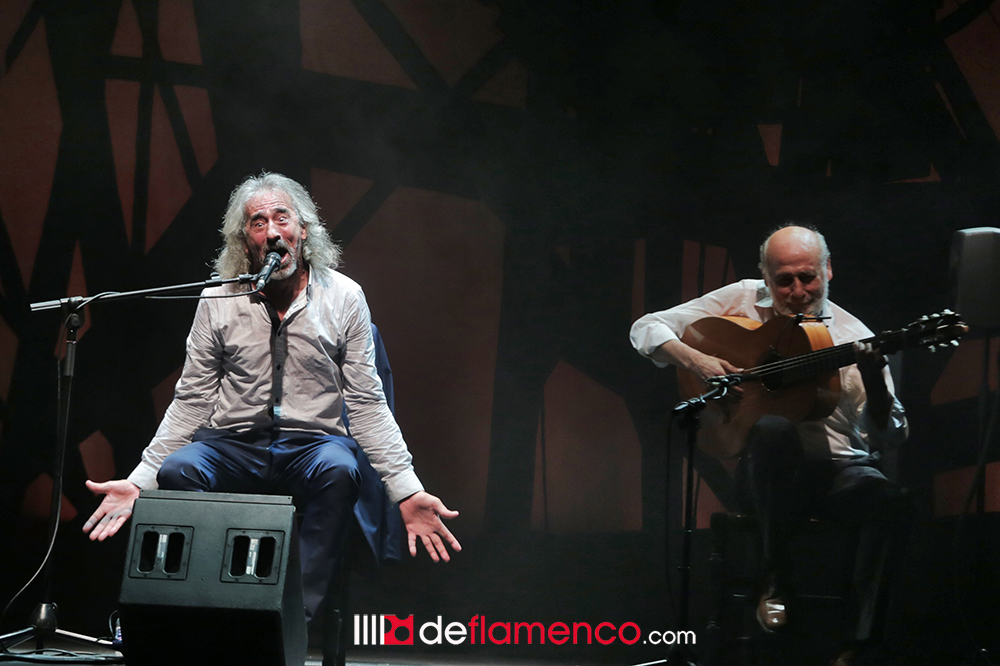 Arcángel "Olor a tierra" at the Cante de las Minas