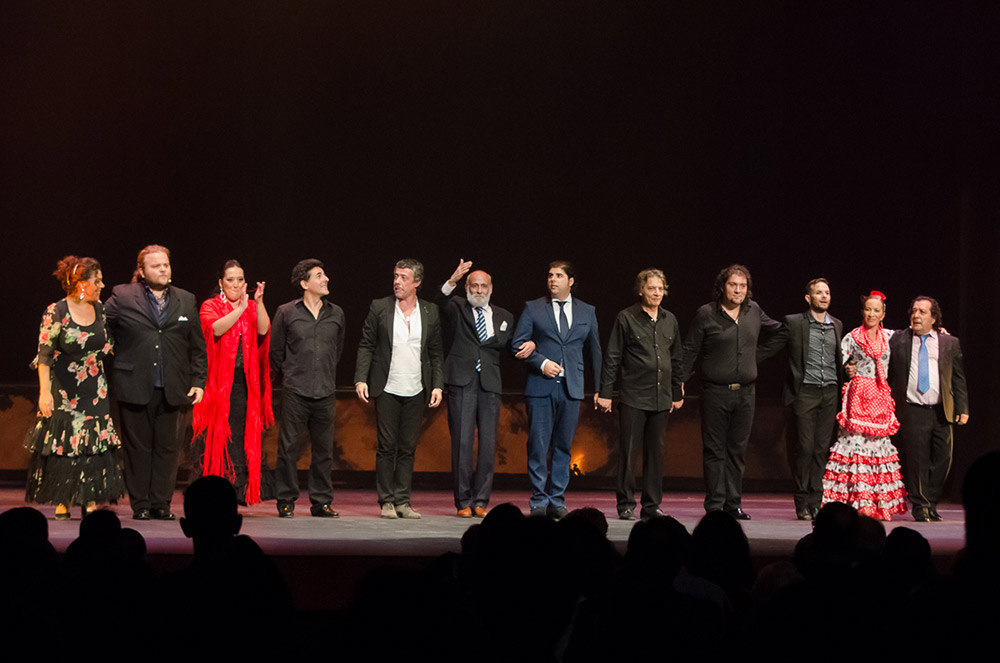 Cádiz and Jerez, Jerez and Cádiz…two irreplaceable bastions in the history and evolution of flamenco.  “Caijeré”.  Fewer than 20 miles separate one city from the other, but as you leave Jerez in the direction of Cádiz, it's impossible to overlook the change of landscape…the gentle green hills of Jerez give way to the typical vegetation of coastal areas, the land flattens out and the smell of ocean is in the air.  The flamenco product of either place has a personality of its own.  If Aurelio, Pericón, Manolo Vargas, Beni, Chano and Mariana represent the Cádiz team with their festive forms infected with carnival, alegrías and also soleá and siguiriyas with an unmistakable flavor, Jerez is defined by its historic figures such as Chacón and Torre, and more recent ones suchs as Terremoto, Paquera, Manuel Moneo and el Torta among others, and a repertoire headed by bulerías and rounded out with siguiriyas and soleá.

“Two separate worlds” some would say.  But the show “Caijeré” seduces us in its search for the common ground that joins these two capitals of flamenco.  Cádiz singer Juan Villar, who seems like an honorary Jerez native with his dark delivery and intensity, and his absolute devotion to the Jerez guitar-playing of Niño Jero Periquín, is the grand patriarch of the show.  Representing Jerez singing is Macanita, younger than Villar but with sufficient credibility to defend the singing of her hometown with her irresistible flamenco voice.  The generation of emerging artists is ably represented by May Fernández from Cádiz, and Ezequiel Benítez from Jerez, and even the guitarists and percussionists were geographically divided, with Joaquín Linera (Cádiz) and Manuel Valencia (Jerez) on guitar, and the Jerez palmas of Chícharo, and Cádiz ones of Diego Montoya.

One of the most interesting elements of the show was the dancing of the well-seasoned professionals Jesús Fernández from Cádiz and Chiqui de Jerez, whose collaboration highlighted the common ground and direct communication they share.

Managing to strike the perfect equilibrium between an overly rehearsed show, and the chaos that sometimes mars flamenco presentations, “Caijeré” is an honest piece of work, without great pretensions, that celebrates classic flamenco as understood in this corner of Andalucía and the world. 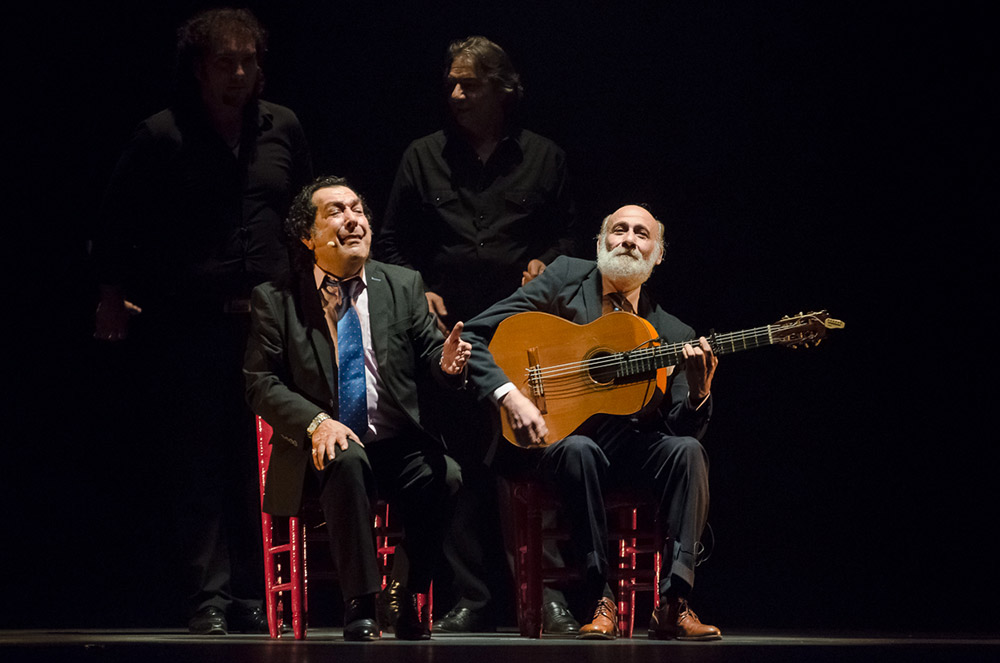 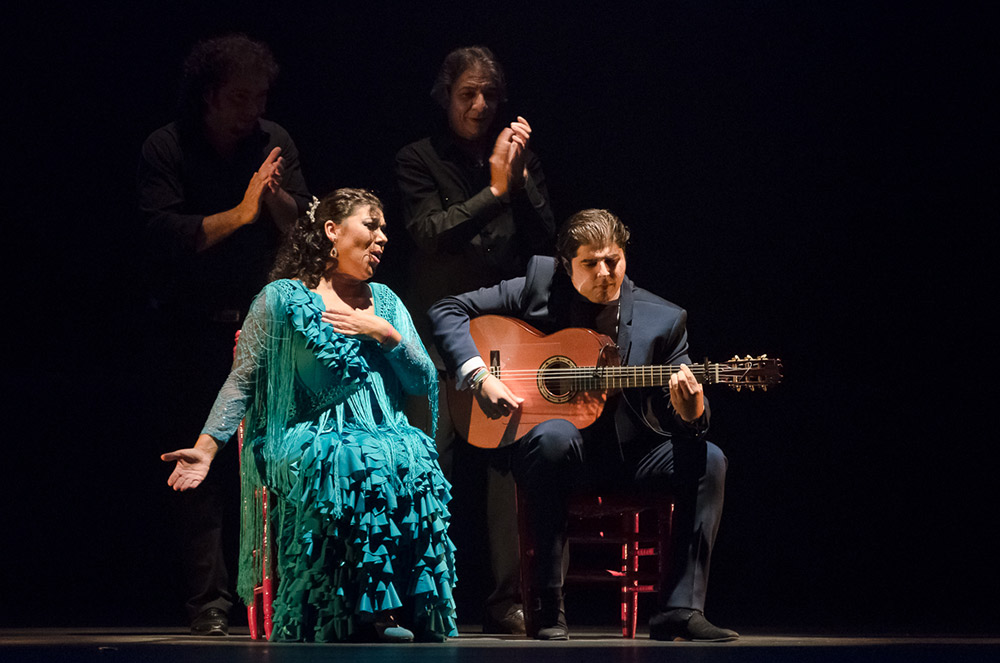 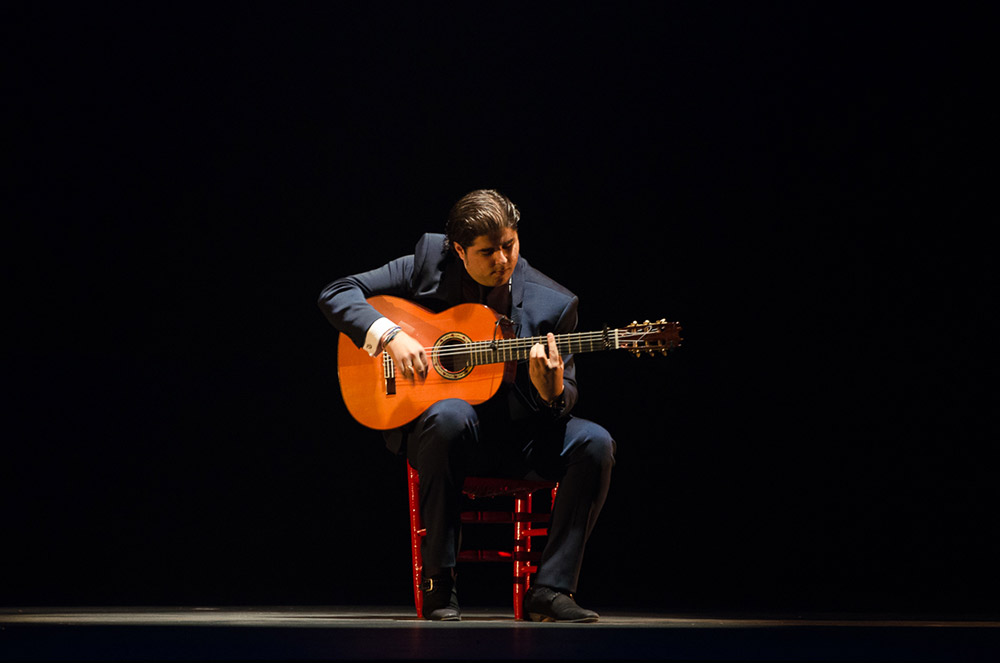 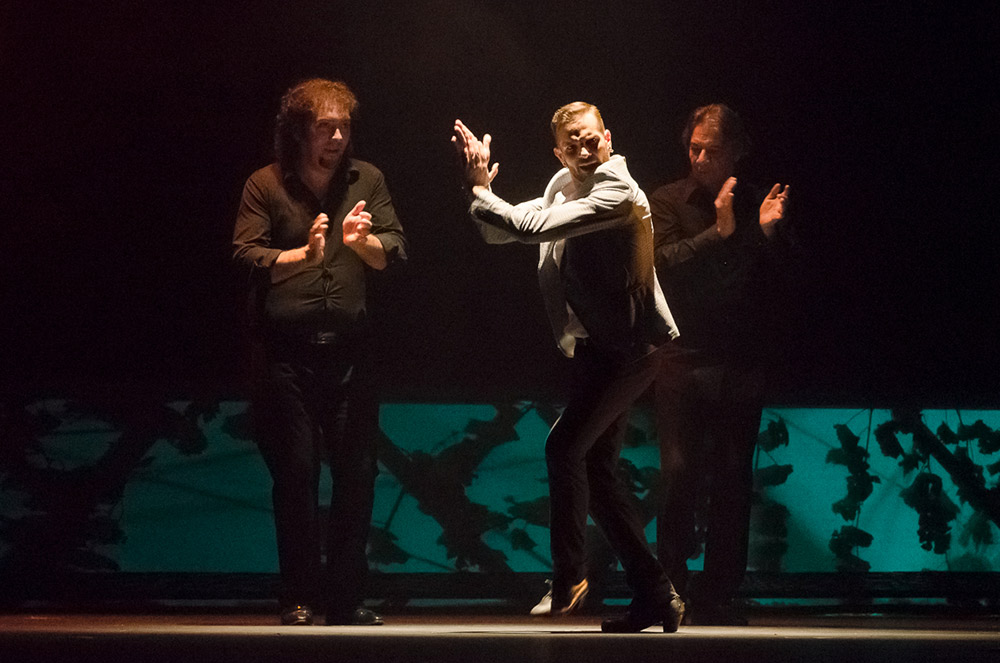 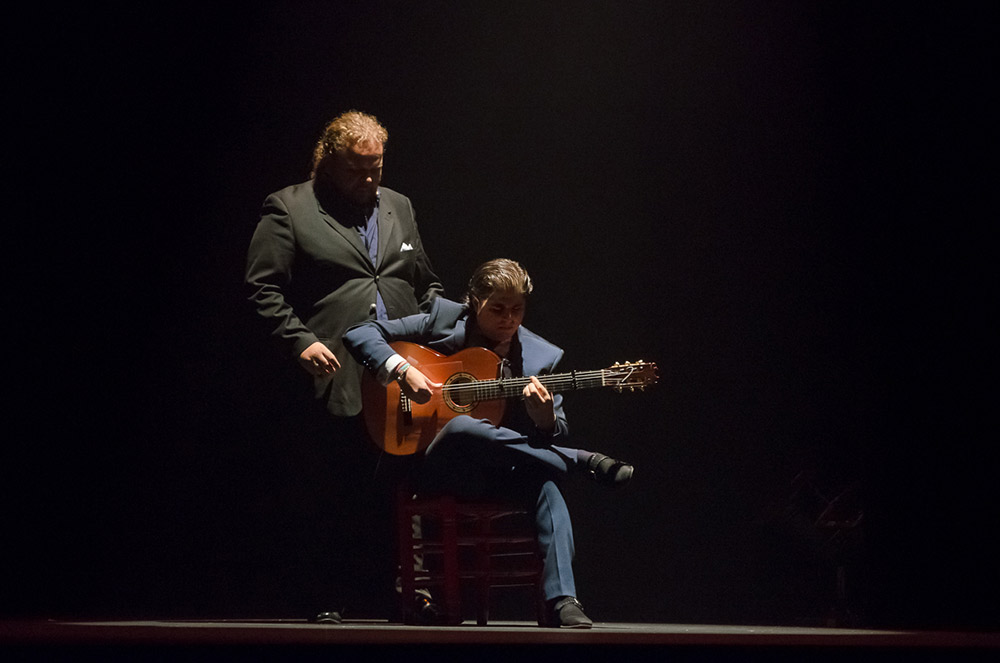 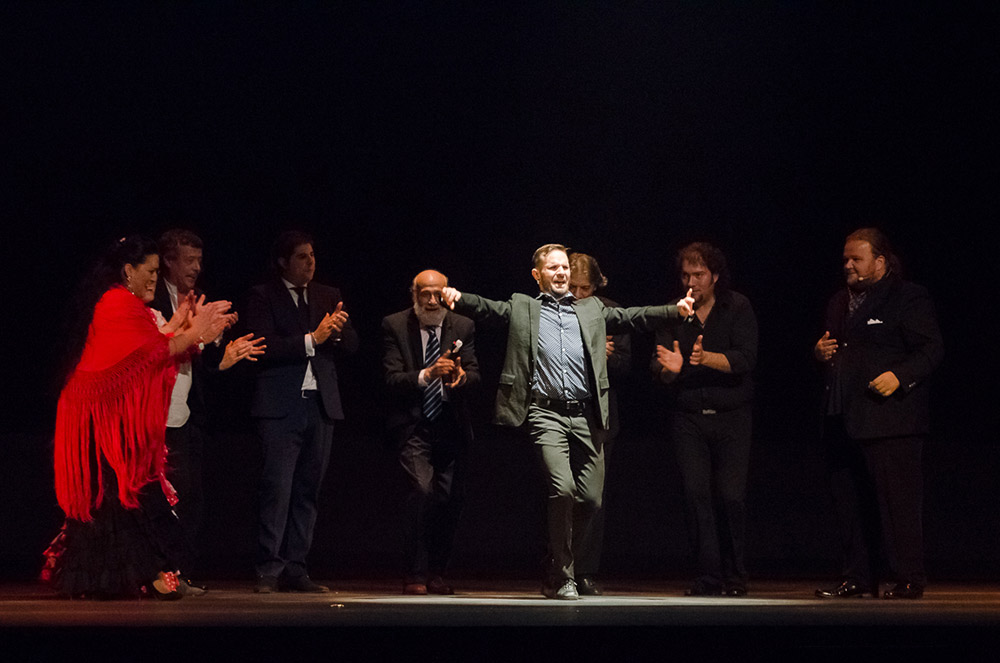