“What show is it?” asked a friend I invited to share what I suspected we were about to experience at the inauguration of the Jueves Flamencos de Cajasol. “It’s not a show” I answered. “It’s a recital with two of the most beautiful voices of current flamenco” was the summary I sent via whatsapp in the simplest way possible, trying to avoid conditioning her expectations.  On the way out, after two hours of concert and who knows how many shouts of “ole!”, she couldn’t stop thanking me.  And I humbly confess, I felt the infantile satisfaction of knowing I had contributed to someone’s experiencing an unforgettable moment.

What was offered on the stage of Chicarreros by Pedro el Granaíno and Antonio Reyes, was a gift for flamenco, for flamenco followers and for art.  An exquisite example of good taste and elegance in which they put their vocal cords at the service of the most down-to-earth and human elements.  Taking aim, squeezing and shooting to kill.

If Pedro El Granaíno moves the flamenco audience and anyone else, it’s not just because of his unmistakable and very gypsy sound, but rather because his vocal cords sound like life.  Thus, in his repertoire of soleá, tientos, taranto, seguiriyas and tangos, he painted passages of his own that took him to from tension to relief, from being choked up to being jubilant, from entrapment to liberation, from uneasiness to repose.

Accompanied, or actually supported, by the hands of Antonio Patrocinio, who coddled and covered him with his guitar full of subtle and necessary colors.  Pedro caressed for a moment, like the fine sheet of treacherous summer nights, and stabbed like the last prickle of the plate.  His way of tugging at you in seguiriyas is impressive, the tangos with which he remembers Morente so well, and the slow tientos he dedicated to his sister Nati, a little girl of 5, “and to all the brave women fighting cancer”.

After opening with a Caracol zambra, Antonio Reyes proved he’d come to give everything.  Pulling up everything he knows in the most natural way, imbuing each song with remembered emotion, triumphing over fears, working on the edge, pulling from the gut, skin, soul and head.

With his short phrases and way of delivering them in a play of tempos, with his tenderness, his velvet sound and his nineteen-seventies style, Reyes condenses a personality that today makes him a unique singer you always feel like listening to. Although with the air-borne guitar of Diego del Morao – a being from another planet who inevitably pulls in ears, looks and cheering – he appears more disperse than with more traditional guitar-playing.

To put the icing on the cake, the two singers shared a drink, embraced in a sincere show of mutual admiration and went on to sing fandangos, first facing off verses, and afterwards singing together, until the euphoric audience was overcome with joy.  And I had to accept the invitation my friend offered as a show of gratitude. 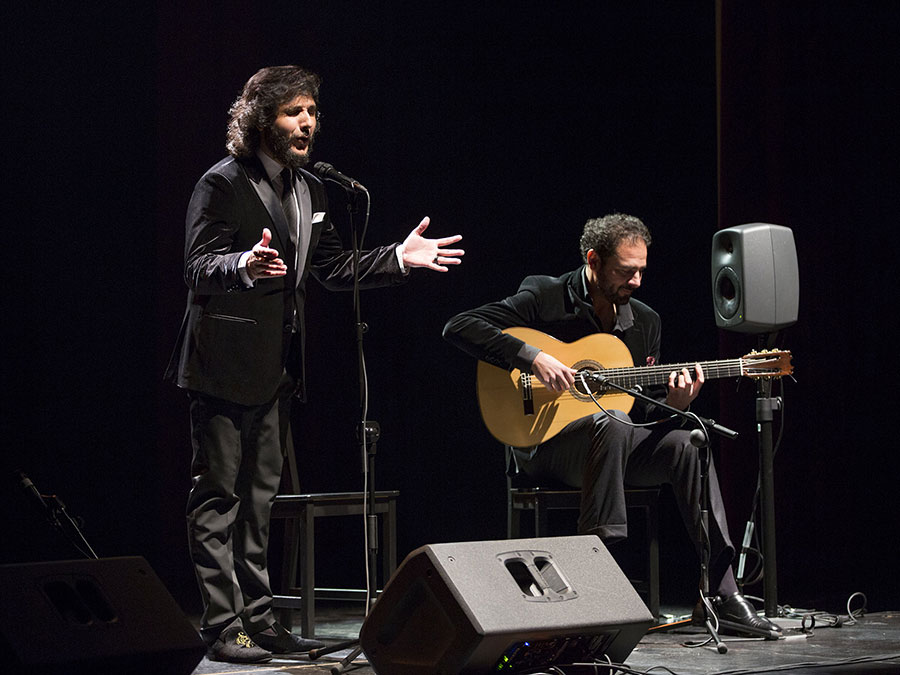 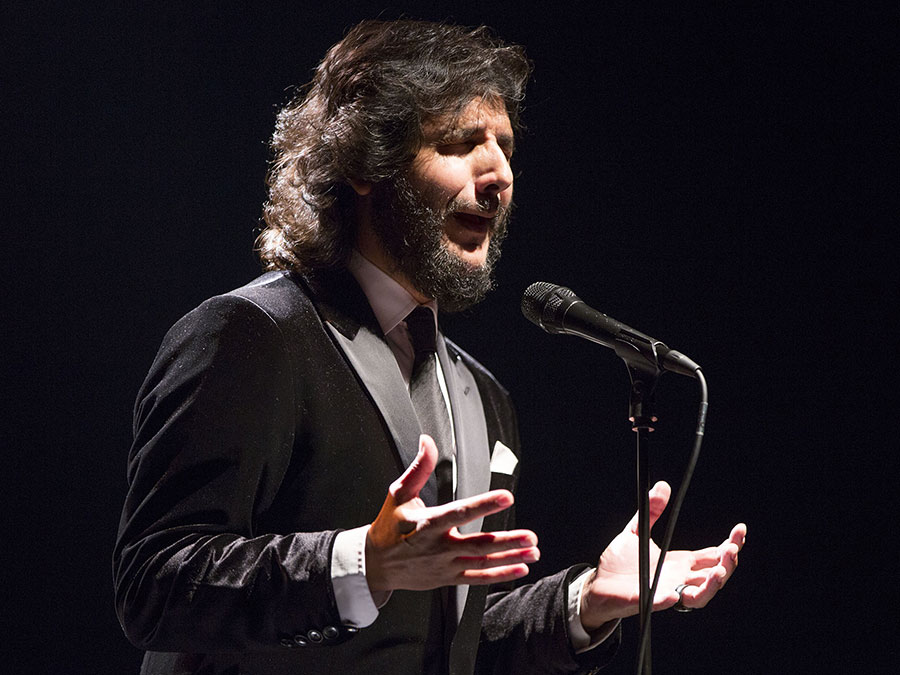 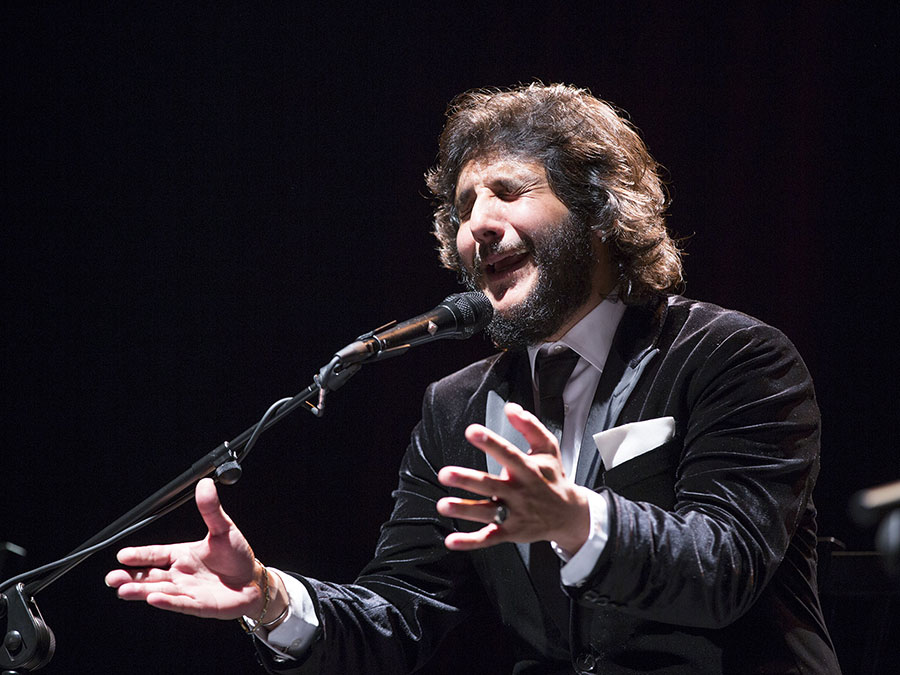 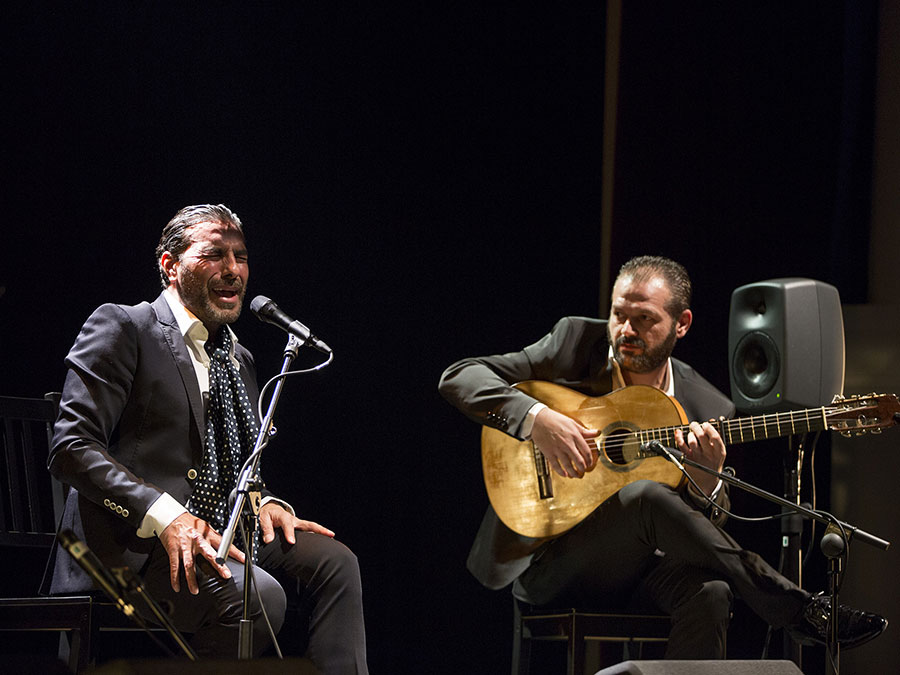 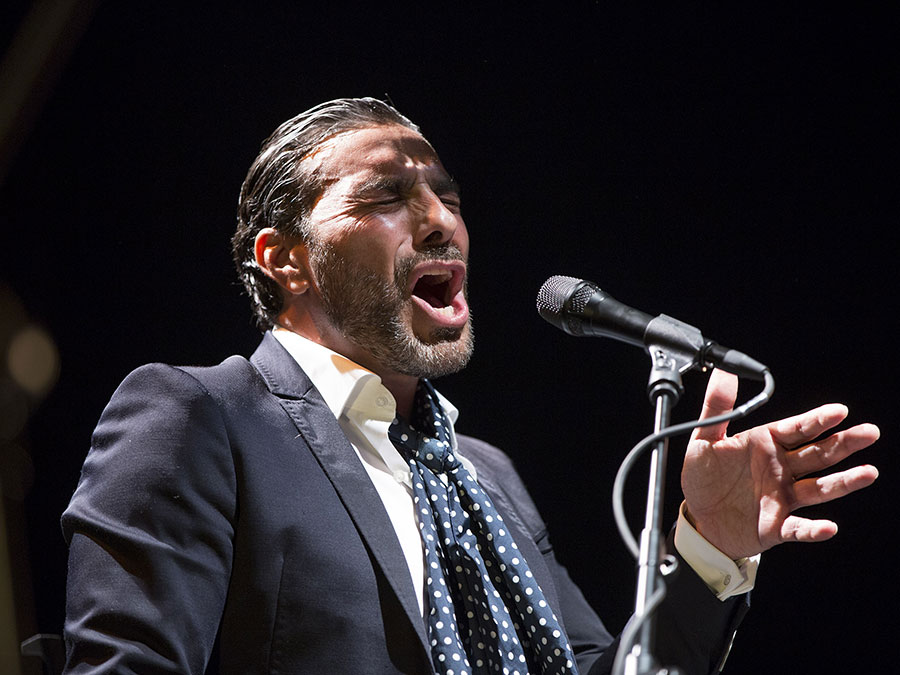 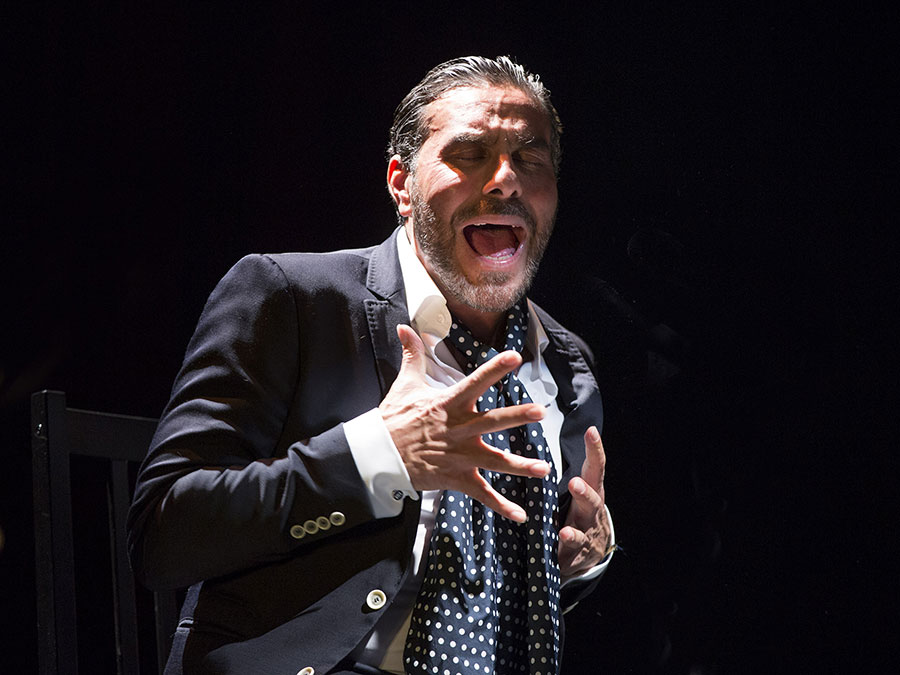