This edition paid tribute to the Seville neighborhood of Triana, as well as Paco de Lucía, Curro Mairena and the investigator Luis Solera Guevara.

The Festival de Cante Jondo Antonio Mairena has celebrated its 53rd edition.  The first thing we noticed was the format which has been adjusted to the times.  The old system of traditional cante festivals has been put aside, and now included are parallel activities such as lectures, exhibits, etc., in addition to a well-organized singing contest in honor of the maestro of Mairena, and a gala closing to end the week.

Friday night the competition drew numerous flamenco fans to enjoy an evening that went on past 3:00 am.  In the audience, artists such as Pepa Montes, Pedro Ricardo Miño, Ricardo Miño, Cristina Hoyos and Calixto Sánchez, as well as personalities from the world of culture and politics. 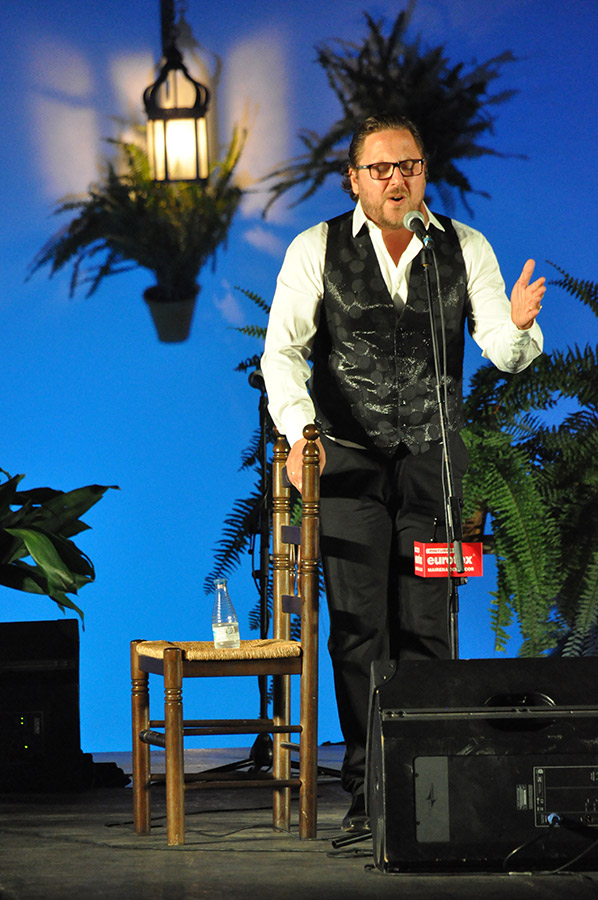 The weekend started out with the winner of the first prize “Antonio Mairena” 2014, Rubio de Pruna, who interpreted tonás, soleá and siguiriya.  The prize “Casa del Arte Flamenco Antonio Mairena” went to Francisco Javier Sánchez Bandera “Bonela hijo” for rhythmic songs.  The “Calixto Sánchez” prize was won by José García Vílchez “El Petro” and in the category of under 25 years old, the winner was Andrés Fernández.

The closing gala was reminiscent of festivals years ago.  The lineup of artists included some major stars and promised an interesting evening.

The first on stage was Cancanilla de Marbella.  With a brilliant voice, and accompanied by Chaparro de Málaga, his performance felt all too short.  Soleá, seguiriya, tientos tangos and bulerias with dance bits.  In addition to his fine singing, he is charismatic on stage, so a good performance is always guaranteed.  He was feeling good, and it showed.  It's surprising this clearly mature singer isn't featured at more festivals. 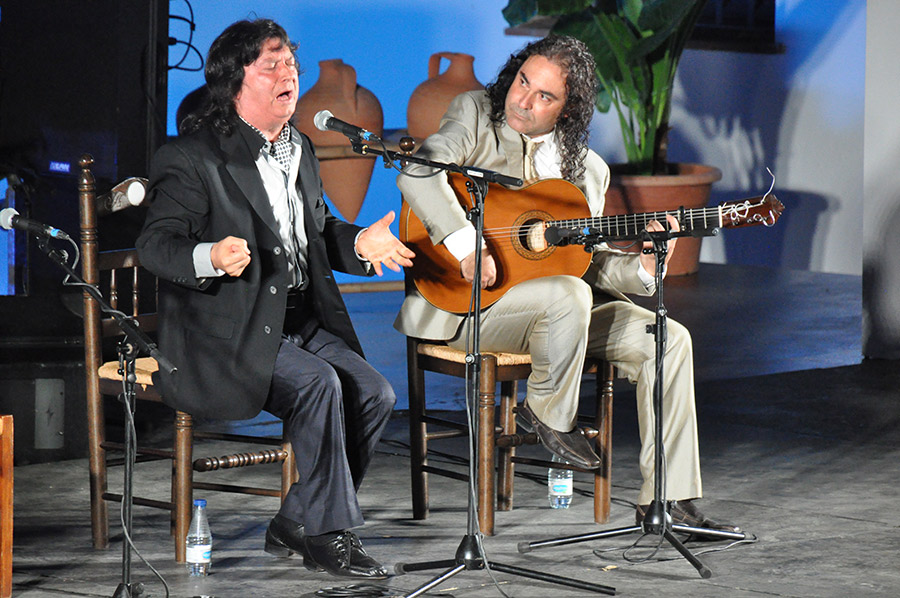 The voice of Juana la del Pipa is molten bronze, broken with time and alcohol, “afillá” some would say.  Dressed in sparkling white with a shawl, she laid down each line of her songs raising her hand and pointing heavenward.  In her classic repertoire of tientos tangos, soleá por bulerías, siguiriya and bulerías, there is an intense inner struggle to allow the “duende” to gush out.  The result was uneven in each cante.  Diego del Morao, natural heir to the school of Morao, served up guitar-playing Jerez style for the coming century, ahead of his time, no doubt about it.

Pele is unstoppable these days, having a good run.  From the first moment he was out to show why he is one of the greats of flamenco singing.  He doesn't sound like anyone  else.  This is definitely a singer with personality, and yet it was surprising that a Caracol follower would be featured in Mairena.  Hats off to the organization that chose to include him, because there is room for everything in flamenco.  Although the audience was cool, the singer sought to find himself in the cante, especially in the soleá, with a definitely “Made in Pele” feel.  Will we perhaps one day speak of a “soleá del Pele”?

He also sang zambra, malagueña with fandango de Lucena and Albaicín, alegrías (with a wink to Morente) and closed with seguiriyas. The audience response was weak for a singer who gave everything.

The first part ended with a long tribute to investigator Luis Soler who offered an original poem dedicated to Antonio Mairena.

The dancing of Junco opened the second part.  This Cádiz dancer needed only to dance por soleá to show who he is.  Solemn at first, with repetitive details in the closings.  The voices of el Galli and José Anillo were not quite with him.  The excellent guitar-playing was supplied by Miguel Pérez.

It was La Cañeta who finally got everyone worked up.  With the strength of a titan, she drove everyone wild.  Temperamental, saucy and with unusual wit, the lady from Málaga was a gust of festive flamenco.  She's a one-woman show on wheels, always in movement, always egging the audience on, laughing at the world and singing well the whole time. 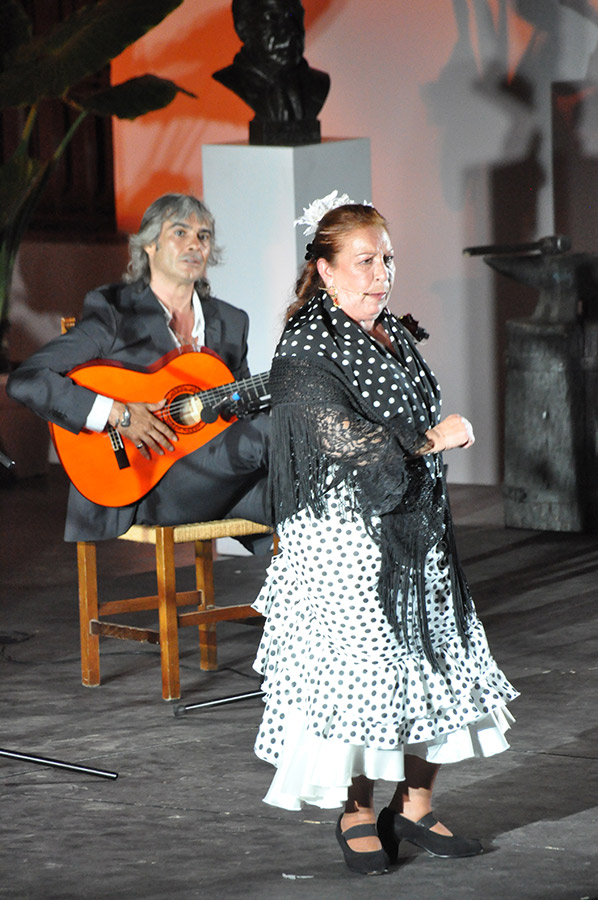 She began with bulería por soleá with the guitar of Antonio Soto.  Soon the fiesta got underway, and everything took that route.  The tangos of her mother La Pirual, tangos del Piyayo, bits of garrotín and tangos de Triana.

A round of fandangos with special attention to Pepe Aznalcóllar (unusual in today's singers) and bulerías where her years of experience paid off.  Only a true expert can stick Gloria Stefan and Cecilia into bulerías and make it work.

Local singer Manuel Cástulo rounded out the night.  A straight-ahead follower of Mairena, he conjured up the maestro Antonio from the toná to the soleá, to the malagueña, ending with the dialogue of Amargo romanceado.

Wrapping up with tonás, this edition of this festival that takes such care of the details and the artists, came to a close. 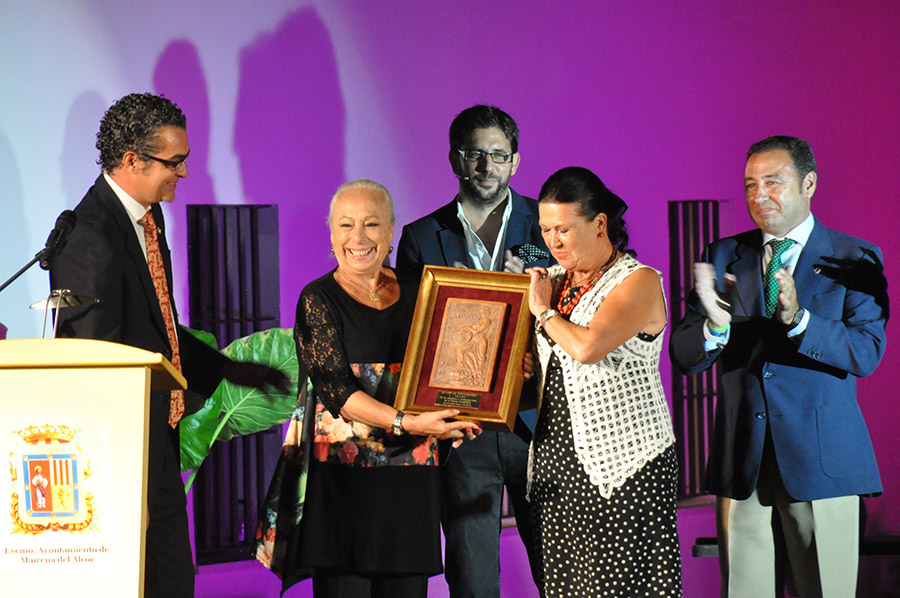 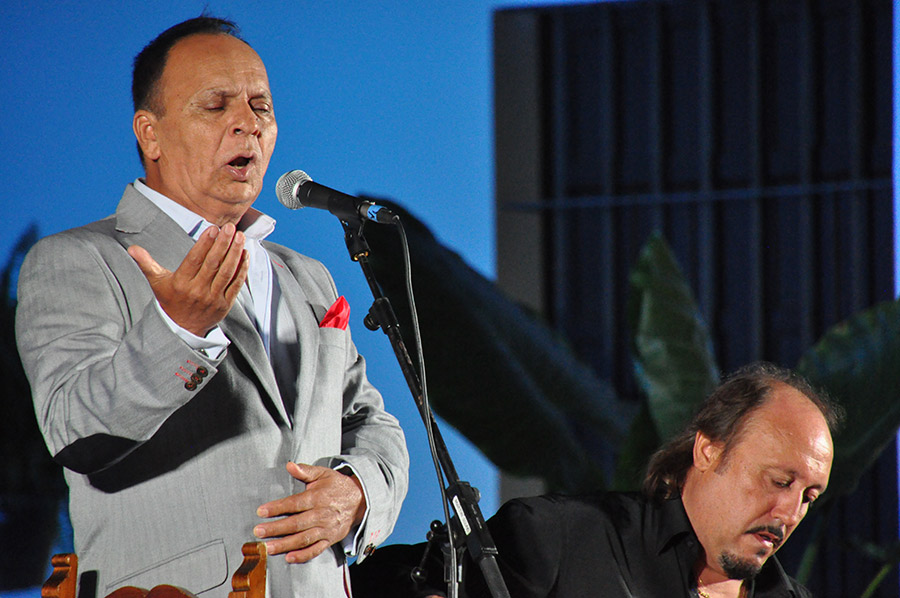 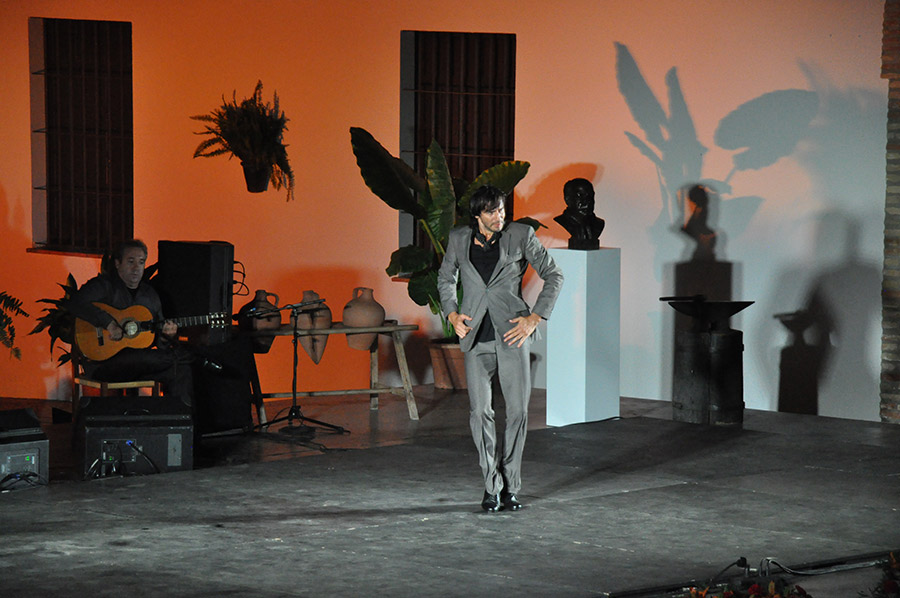 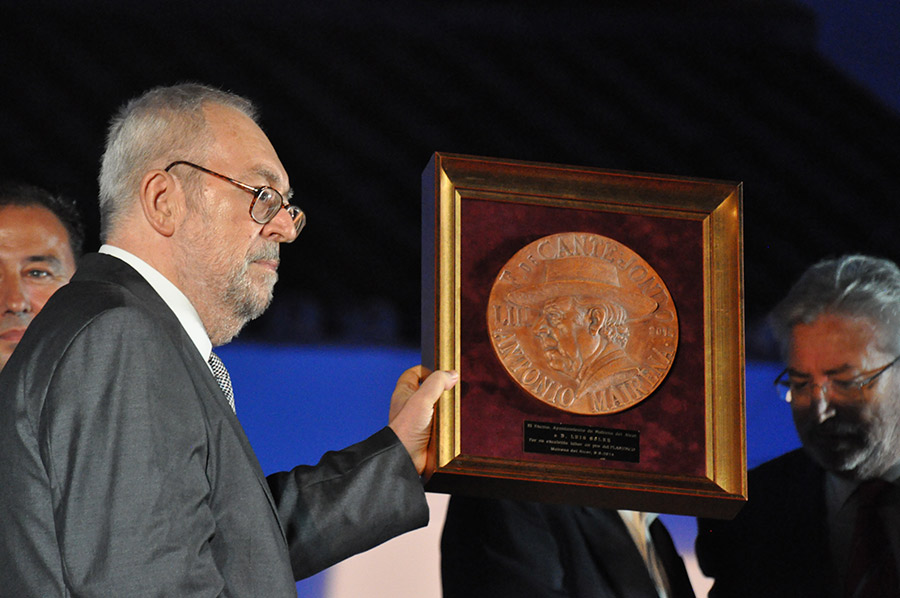 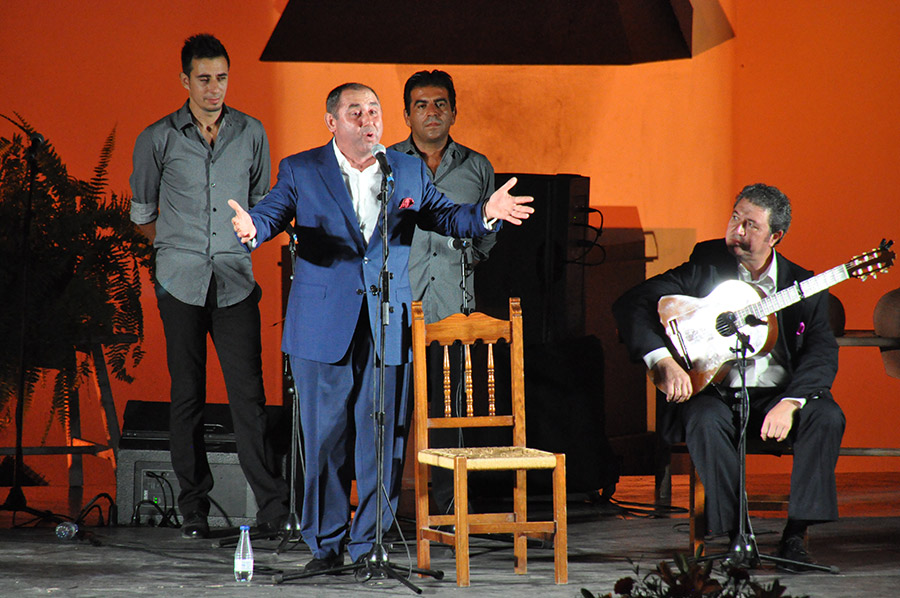