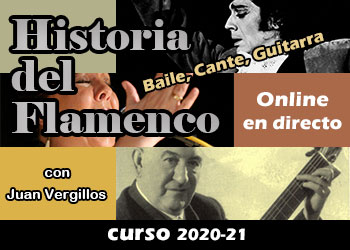 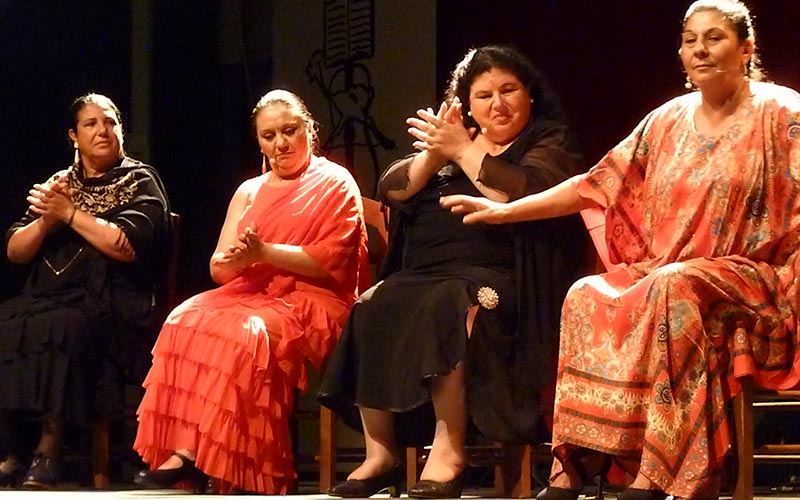 Saturday evening, July 18th, another veteran festival celebrated its near half-century, this being the 49th edition of the Gazpacho Andaluz de Morón de la Frontera.  And it is yet another long-lived festival that is showing signs of needing an overhaul, or a new approach.   Relatively few people were in the patio of the Colegio Salesianos, and the atmosphere suffered the absence of food and drink that was announced at the last minute, requiring those present to leave the area in search of sustenance during the  five hours the festival lasted.

The program opened with the winner of the Cante Flamenco Contest for Young Artists, Tamara Aguilera, accompanied on guitar by Juani de la Isla.  The rest of the first part was devoted to the brilliant Dani de Morón, emerging figure of the guitar.  Dani is not only a master of the most current harmonies and techniques, but in the blink of an eye, he delivers the most authentic sound of Morón-style guitar-playing with its unmistakable feel which he used to back up Morón singers Antonio «El Carpintero» and Moi de Morón.  Cádiz dancer Juan José Jaén, a portrait of elegance, wrapped up his performance with his highly convincing singing.

Dani requested applause for the late guitar geniuses, Moraíto and Paco de Lucía, before revving up a fiesta finale in which the singers brought back memories of Joselero, Gaspar de Utrera, Fernanda and other cantaores who have so enriched this part of the flamenco geography. 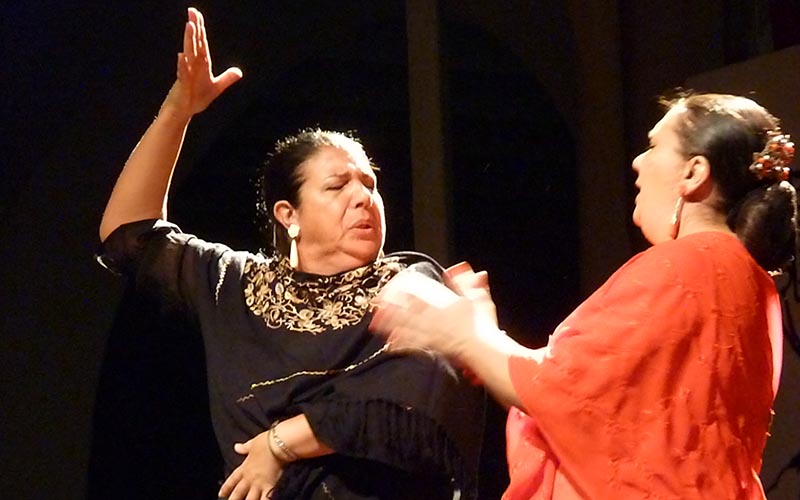 During intermission, a tribute to photographer and guitarist Steve Kahn was carried out in recognition of his gift to the city of Morón of his photographic exposition «Flamenco Project», which documents the recent history of flamenco in Morón and the surrounding area. 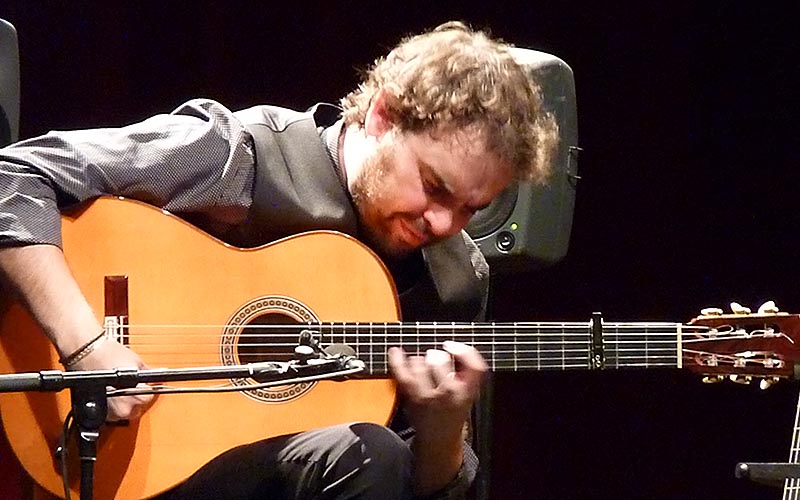 The second part of the evening was another self-contained work.  «Pasión», created by Tere Peña, sister of singer Juan «El Lebrijano», is a sober presentation with three female singers who share a fine rapport: Inés Bacán, Dolores Agujetas and Mari Peña, from Lebrija, Jerez and Utrera respectively, and dancer Carmen Ledesma, with the guitar of Antonio Moya to put the perfect flavor for each one.  Mari Peña, with her sweetly painful delivery, Inés, mysterious priestess of flamenco, Carmen Ledesma, anchored to the Earth with her straightforward dancing free of all superficiality.  But it was Dolores Agujetas who most searched within herself and found her essence, without exaggeration or histrionics of other performances.  Raw and visceral, she risked everything and came out on top. 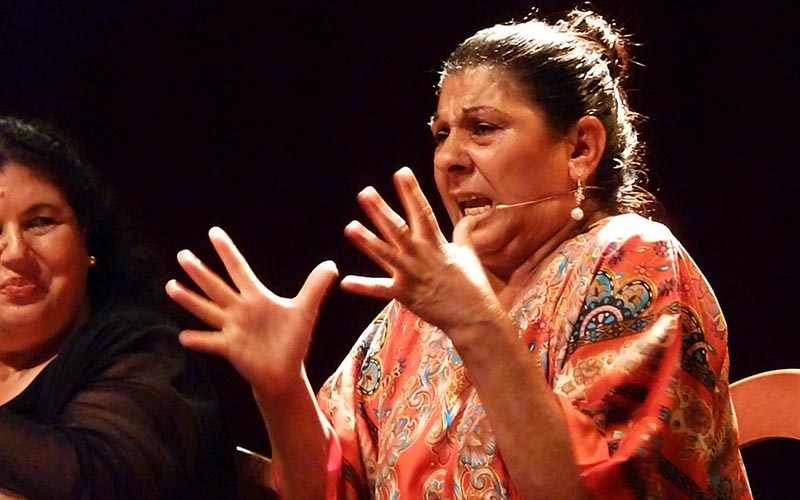 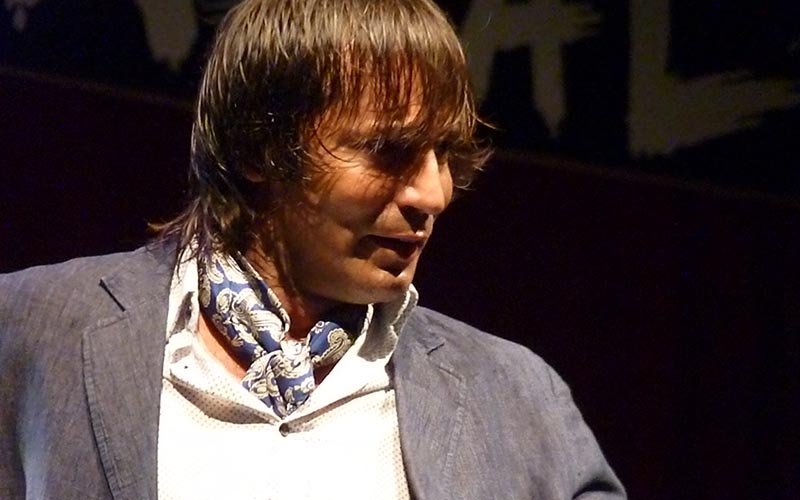 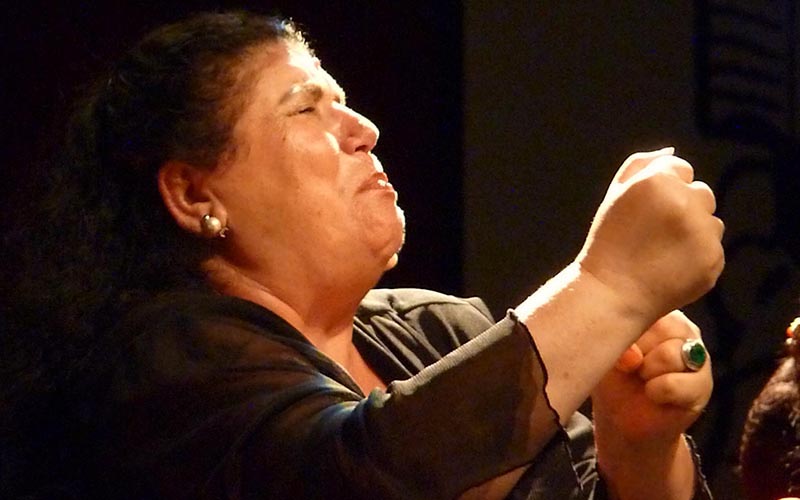 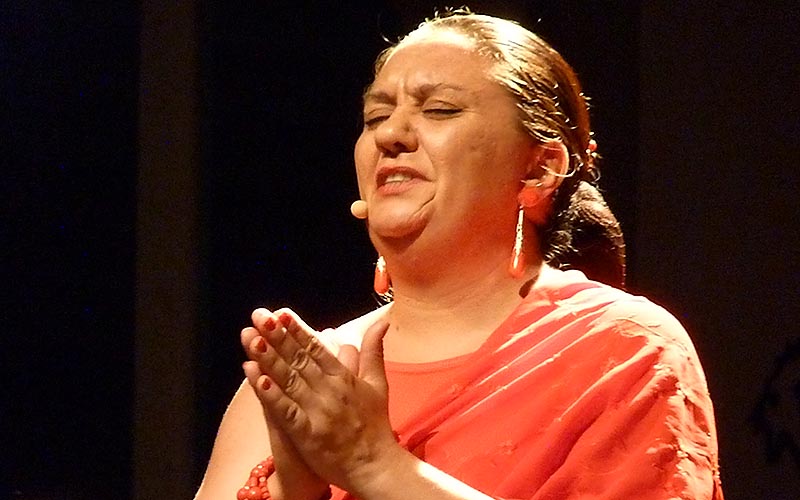 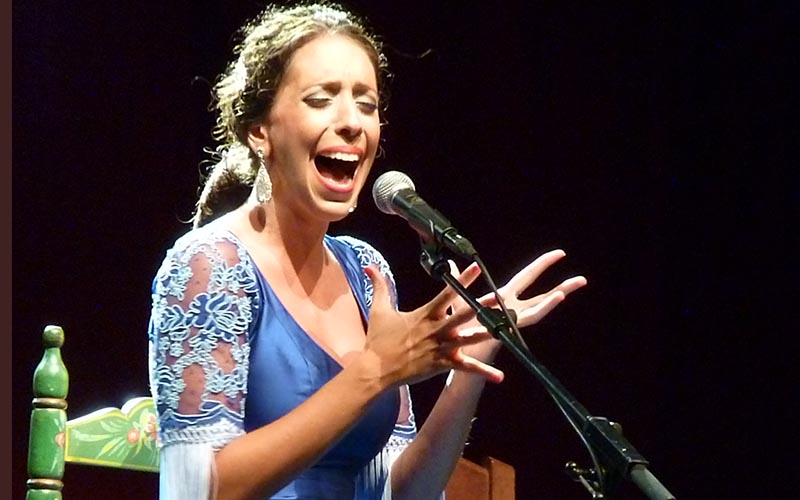 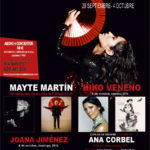