On Wednesday at the Festival de Jerez, an acoustic cante recital, and a young dancer filled the quota of emotions with their artistry at two venues.

It's pretty hard to detect any unifying thread between the show “Callejón de los Pecados” that dancer Eduardo Guerrero last night presented within the framework of the Festival de Jerez, and the Callejón del Duende in Cádiz which the artist attributes as his inspiration for the work.  Maybe titles, and the elements that inspire them, are not as important as what happens on-stage.

Eduardo Guerrero is one of the best-prepared dancers of the current scene.  He has excellent training, strength, creativity and the experience of having worked with stars like Rocío Molina and Eva Yerbabuena, in addition to having won the “Desplante”, first prize in dance of the Festival del Cante  de las Minas de la Unión.  But not all dancers are good at stage direction or writing a script, and this ambitious work of Guerrero's has an uneven aesthetic.  The oppressive darkness that never lets up deprives us of seeing the artists' faces, always so expressive in flamenco.  An excessive display of virtuoso footwork becomes annoying after a time, especially when it drowns out the recorded voices of Periñaca and Torre singing martinete, moments which could have been extremely moving and powerful.  Extravagant movement, though impeccably executed, become srepetitious.  In other words, Eduardo Guerrero, like any other artist of any genre, is anxious to impress, and to make the audience like him.  I can attest to the fact that most of those present last night at the Sala Compañía were delighted with the show.

Popular singer Manuel Lombo, guest artist, made his entry walking down the aisle through the seating area to go up on stage to sing.  This was meant to trigger a reaction, but the many foreigners in the audience didn't know who he was, and the trick fell flat.

I think it's possible that a dancer accustomed to large venues as opposed to more intimate ones, has a more expansive personality; subtlety is lost in a theater.  Eduardo Guerrero's artistic personality is big, and his dancing is industrial sized.  The best thing in the show was tangos with the flavor of Granada and Extremadura in which Guerrero's costume, and his suggestive movements, reminded you of the dandies from Toulouse Lautrec's posters of the Moulin Rouge; sassy and street-smart…maybe even a hint of the “pecados”, sins referred to in the title of the work. 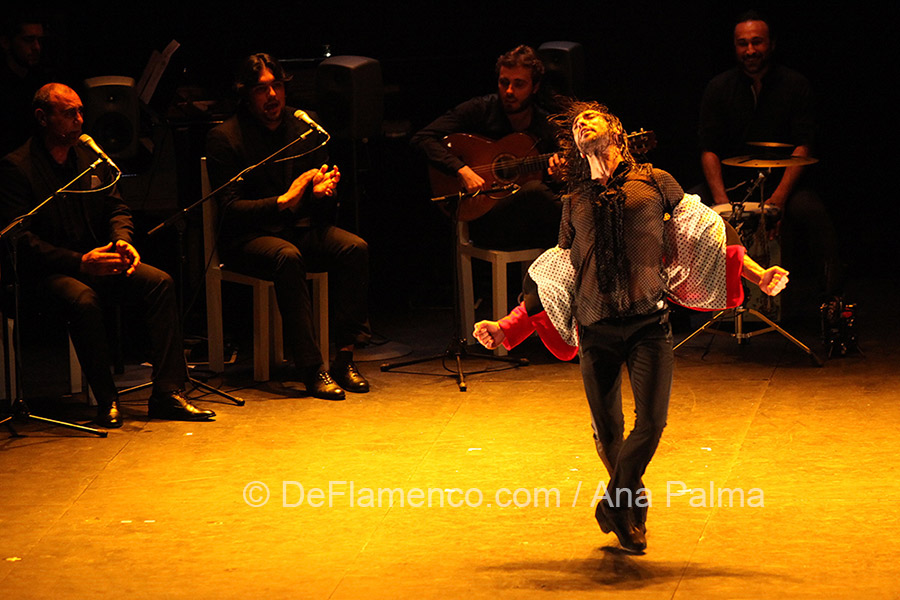 The geographic location of Morón de la Frontera forces the so-called “triangle of flamenco” marked by Seville, Cádiz and the Puertos into a misshapen trapezoid, because it's not possible to omit this town from the flamenco map.  Morón is guitar country, as well as dance, but despite the early presence of historical singer Silverio Franconetti in the middle of the nineteenth century, it's not know for singing, nor can we speak of a Moron “school” of singing.  And yet, there are flamenco followers and there are singers.  Yesterday evening at the Palacio Villavicencio, two young singers from Morón joined forces to present their way of understanding flamenco.  Two fine professional singers for dance, making their way to become solo interpreters.

David “El Galli” and Moi de Morón began together with an assortment of tonás, then offering their cantes with the guitar of Paco Iglesias.  David sang taranto, soleá with the sweetness characteristic of the Morón-Utrera axis, and tientos tangos.  Moi began with malagueña, soleá in which he remembered Joselero de Morón, and he also did siguiriyas.

The shared recital was neatly rounded off with bulerías in which we could see the influence of Gaspar de Utrera, and in general, the fondness for flamenco-styled songs set to bulerias, and the relaxed rhythm of the interior. 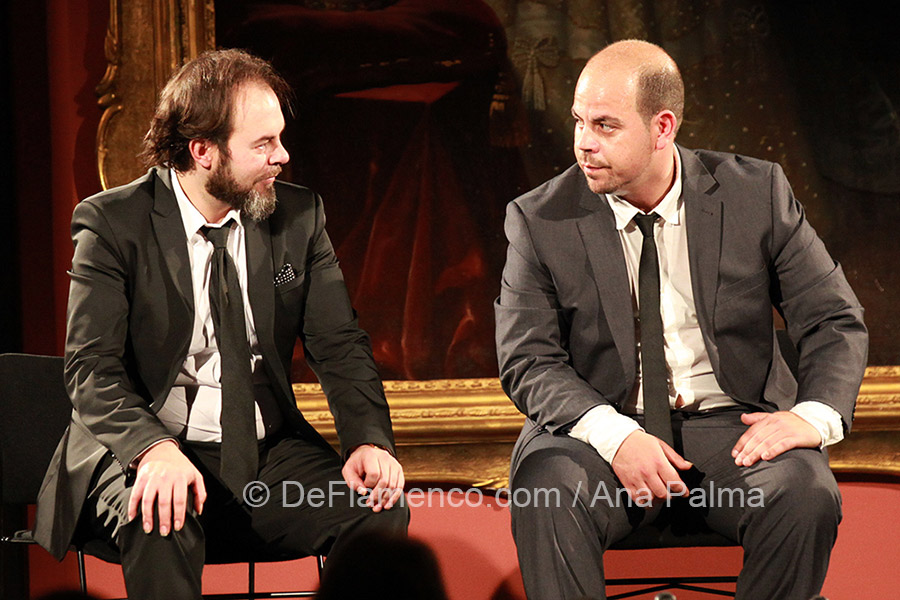 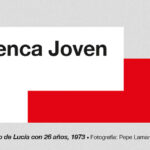