The show which stars Marco Flores, Olga Pericet, Laura Rozalén and Mercedes Ruiz opens the festival scheduled through August 26th at the Teatro Compac on Madrid?s Gran Via.

The Original Flamenco Festival begins its second edition in search of the “flamenco essence”.  From August 1st to 26th, the Teatro Compac will offer a program of shows “with feeling” as the organizers described it.  The starting point is the show “Cinco Estaciones” which runs from August 1st to 5th.  After this beginning, the companies of Angel Muñoz, Rafael and Adela Campallo and Rafaela Carrasco will present shows of their own. 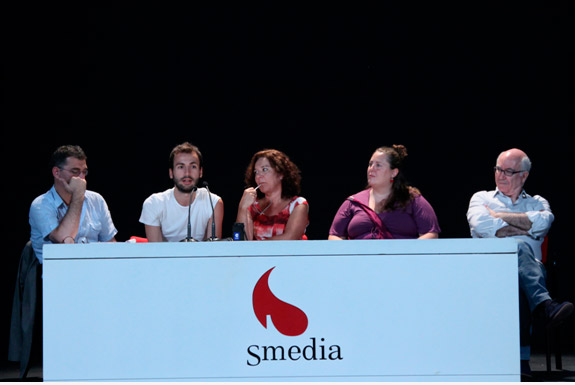 This opening show leads into an intense month of flamenco dance show which are “the present and the future, in the hands of well-prepared people who are always looking to the past, while advancing and enriching flamenco”.  Angel Muñoz from Córdoba will present “Angel: del Blanco al Negro” from August 8th to 12th, while Adela and Rafael Campallo bring their creation “Horizonte” from the 15th to the 19th.  Seville dancer Rafaela Carrasco closes the series with her show “Con la Música en Otra Parte” in collaboration with Camerata Flamenco Project from August 22nd to 26th.  The festival also features emerging artists at the Pequeño Gran Vía where audiences will be able to appreciate three smaller format shows: 'Seis cuerdas para dos tacones' of Cano and Concha Jareño (August 6th and 7th), 'Sentencia' of La Truco (August 13th and 14th) and 'Del 2mil y Pico' of Pedro Córdoba (August 20th and 21th). 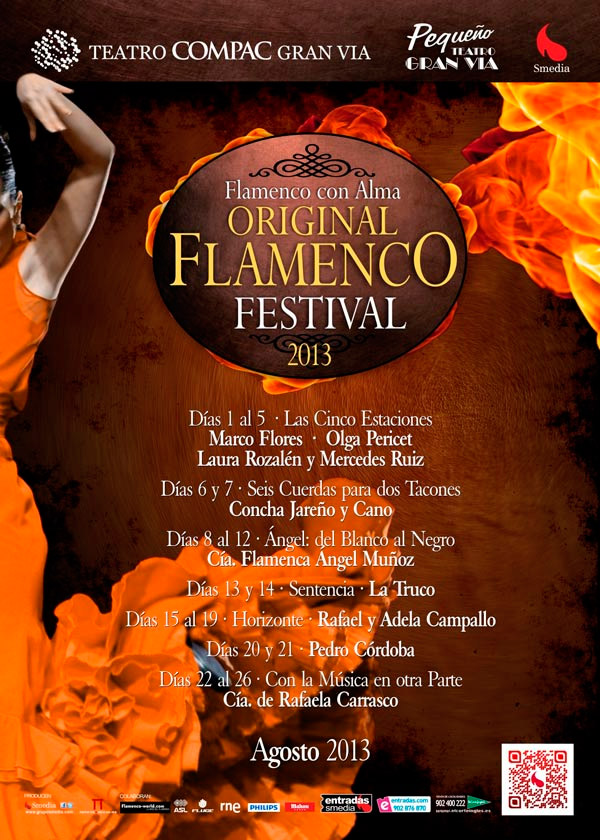