She just received the Giraldillo for Best Show of the last Bienal de Sevilla for “Catedral”, to be presented in Madrid the 29th and in Bilbao the 30th, making her one of the most promising flamenco dancers of the current scene.

Patricia Guerrero doesn’t believe in luck.  She rallies against the thought that such a term might cast a shadow on something that was achieved through hard work.  And she’s not talking about rehearsal hours, specific diets or not having enough time to even unpack her luggage.  She refers more to the personal sacrifice all decision-making involves.  The responsibility of work.

This is why, at just 27, she handles being one of the most promising flamenco dancers in a natural way and with astonishing maturity, and although her work background reflects the career of a child prodigy, she emphasizes that what she’s achieved “I earned it every step of the way”, and her greatest desire is to maintain that enthusiasm. 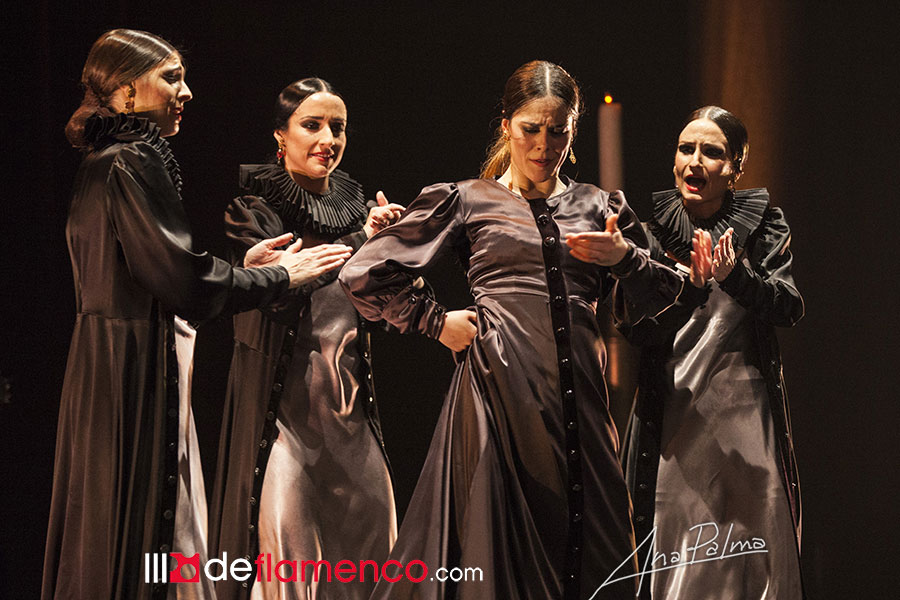 “If I hadn’t taken the decision to leave home and go to Seville at 18, nothing would have happened”

-At the age of 8 you were already dancing on the stage of the Peña la Platería, at 17 you won the Desplante (dance prize) at La Unión, at 20 Carlos Saura was calling you and now you have two Giraldillo prizes.  Do you consider yourself a child prodigy?

-You might think from the way my path unfolded since childhood, that was the case, but really, I didn’t have early success.  I’ve always done things little by little.  Before, for example, I couldn’t have done “Cathedral”, I didn’t have that discourse.  In any case, I don’t like being fashionable because fashion quickly goes out of style.

What did you learn from this work?

-In the first place, I learned how to conduct myself as the head of a company, and then, to put myself in someone else’s hands.  This was the first time I had a stage director and, without a doubt, it was the best thing for me.  I can’t imagine doing a project without an independent eye, because what you think you’re seeing is very different from what people see from outside.  Then too, it’s a conflict with yourself, because you have to accept hearing what your flaws are.  Juan Dolores Caballero changed my way of dancing.

-In your case, since early on, you had the support of flamenco fans and critics.  Do you feel pressured knowing that people are expecting something of you?

-I’m aware, for example in “Cathedral”, that there was that feeling of ‘let’s see what we’ve got here’, but it didn’t bother me much.  This wasn’t a concern.  It’s more like being conscious that the responsibility is greater all the time, but as long as I’m doing what I like, it’s worthwhile for me.

-But you do know that there are great expectations for you…where do you notice that?

-Well, now that I’ve been able to participate in specific festivals and theaters, I feel like I’m entering the elite circle of flamenco dancers I’ve admired all my life.  But I don’t have any particular expectations.  I’d like to have my company, choreograph…but I’m not thinking much more beyond that at this point in time.

“Now I do feel I have a discourse, and I’m in a specific place.  Before, I wouldn’t have been able to do something like “Cathedral”.

-So you now feel you are Patricia Guerrero?

-At least I see I have a discourse, that I’m in a specific place.  Let’s say I’m getting close, I’m now confident of what I’m doing.

-And what was the most difficult part of the road to arrive here?

-The most difficult step was leaving my home in Granada to go to Seville nine years ago.  I was 18, and I knew I had to be here.  I came seeking classes that weren’t flamenco because that was what I had always been studying.  That was when I met Rubén Olmo, which was decisive for me.  From that point on I was surrounded by people like Agustín Diassera, I was called for Saura’s film, that’s when I met Arcángel, and everything went right along.  If I hadn’t taken the decision to leave home, nothing would have happened.

-A question of luck?

-I don’t believe in luck.  Obviously, there can be extreme circumstances, but I worked hard for what I have and have earned.  A lot of people around me have helped, but you also choose who you surround yourself with.

“In my shows, I always leave room for improvisation, if not, I wouldn’t be able to dance”.

-In this sense, what artists have most influenced your way of understanding the art-form?

-I’ve surrounded myself with many people, Mario Maya, Rubén, Arcángel… All people who have one thing in common: they love what they do, and they do it so passionately, it’s contagious.  I’ve always tried to follow that line, not lose the enthusiasm, to feel like doing things, and doing them with a good attitude, which is what I’ve always seen in them.  It makes no difference how old you are.

-Your dancing is noteworthy for its energy and elegance. Do you agree with that vision held by others?

-Yes, that’s probably what most identifies me, the strength, the energy.  I also like the interpretive part very much. In my shows, although you wouldn’t think so, one third is improvisation, because if it weren’t so, I wouldn’t be able to dance.  I need to have those spaces to let myself go.  This is very important in order not to lose spontaneity, or as Andrés Marín says, the organic quality, I like that word very much.

-In “Tablao”, the show that includes Arcángel, you even dare to sing sevillanas.  Are there still many facets to discover of Patricia Guerrero?

-You can be sure of that, I’m quite the clown.  Ever since I was small I’ve loved to act.  I even remember once when I was a little girl, I did a number in which I recited and danced at the Peña la Platería imitating Lola Flores. I hope to still be able to do many things in many facets.

-Despite your youth, you’ve traveled half the world, and you’ve just returned from three weeks with Flamenco Festival. What was that experience like?

-It’s incredible.  With Flamenco Festival I was one week in London, another in Miami and another in New York, and it’s the first time I’ve gone on my own.  It was a great gift for me to be able to be with my maestras, Juana Amaya, who is an icon for me, and to dance tangos with her and Herminia Borja.  These are experiences that cannot be repeated.

“You have to love flamenco, listen to the singing and know what it’s all about in order to interpret it”.

-Has the international image of flamenco changed much?

-Everything’s changed, I think artists now need to be more in the world… Well, the thing is, it’s now hard to find someone who just wants to go for a drink.  Sometimes I say, is that for real?…no one wants to go out?  They all wake up early to go to the gym, there are no more fiestas (she jokes).

-In addition to dancing, you give classes.  What are your students looking for in flamenco?

-I see that a lot of people want steps and material, and from my point of view, the first thing is you have to love flamenco, listen more, know what flamenco is all about.  You have to know how cante works in order to interpret it, otherwise it would be a reproduction of what you teach them, and flamenco is exactly the opposite.  In any case, what I see clearly is that flamenco is an art-form that gets you hooked.

-What has flamenco taught you?

-It’s taught me to be who I am.  To live life more passionately.  Art allows me to express feelings and feel free.  It’s taught me to know myself and also to be more sincere with myself.  I don’t like to say it’s a way of life, because I’m not a dancer 24 hours a day, but dance has cured a lot of headaches.  I get into the studio and fly. 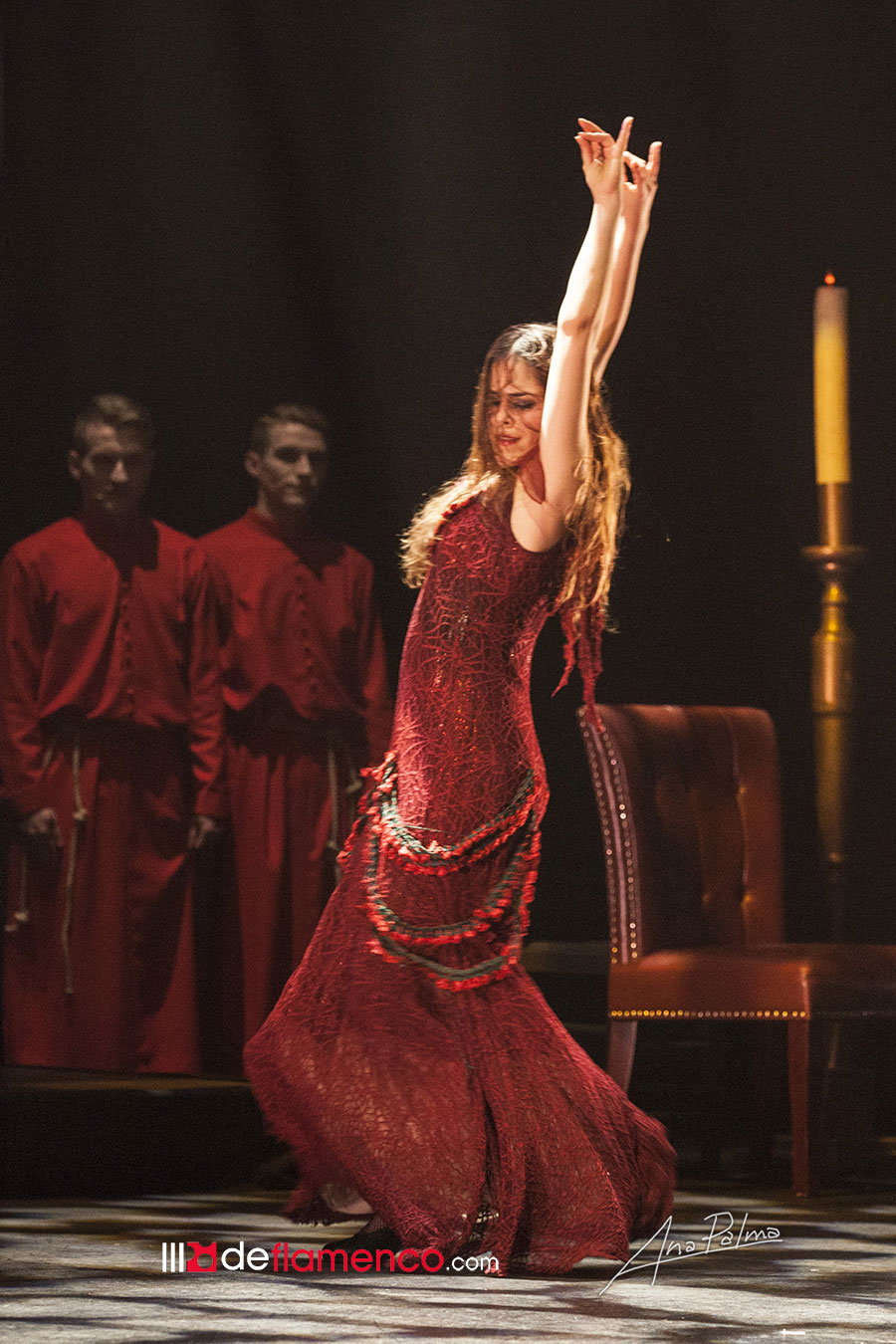 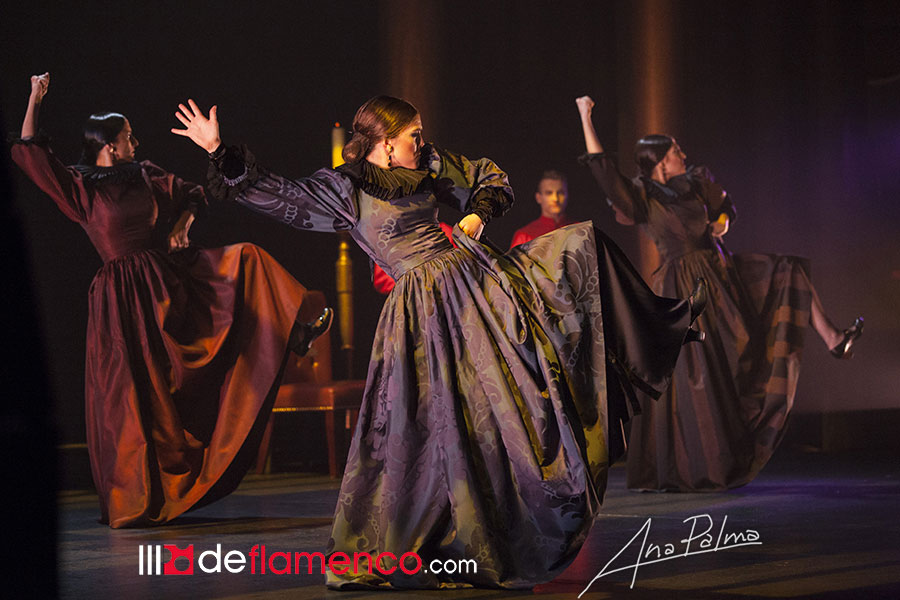