The principal members of the group Kejaleo are percussionist Xavi Turull, flamenco guitarist Diego Cortés and electric guitar Cristo Fontecilla, who have, in turn, been principal members of other important groups such as Amalgama, Ojos de Brujo and Jaleo, which made a big impact in recent years.

Kejaleo is made up of Jordi Franco, Roger Blávia and Rosalía Vila (now Inma), and since the end of 2011 they’ve had this group of Flamenco-Jazz-Fusion.  After a year and a half they’ve decided to make their first recording “Al Aire”. Yours is a new group, but the members are by no means newcomers.  What’s your background in music?  Have you worked with a lot of people?

Xavi Turull (XT). We’re been around the block, we’re not new.  I was basically in Amalgama, and then with many groups.  I’ve also worked with flamenco artists, Manolo Sanlúcar, Gerardo Núñez, the Parrillas…

Cristo Fontecilla (CF). I’ve done a lot of things, but mostly in the shadows.  I recorded a lot in Europe and the Middle East, over 120 records, as producer and guitarist, with some important people over there who are unknown here.  And I’ve been a studio musician with a lot of pop groups too…OBK, Dunchan Dhu…

Each one of you has your own roots…how do you incorporate fusion with your respective backgrounds?  Diego Cortés, the group’s flamenco guitar, obviously you come from flamenco roots…

DC.  Of course, it’s obvious I come from flamenco, but I like a lot of different things, when I was 17 I went to the Caribbean working on a cruise with a flamenco group and naturally, at that age, I thought flamenco was all there was.  In Nassau we went to a club and there were some black dudes playing, holy cow, what great music…I saw the light, I said this is what I like, and from then on I started getting things from them and I got involved in other kinds of music.

CF.  I come from classical music, that was my formal education, and I also played the cello.  My brother had a rock band and he needed a guitarist, so there I was.  Curiosity leads you to try other kinds of music.  I’ve been a professional musician from the age of 17.

XT.  I also come from classical music, I got involved in jazz and percussion.  I went to India to study Hindu percussion, and when I returned, I started working with all the flamencos in Madrid, with Enrique de Melchor, Riqueni, Cañizares, the Parrillas, Maca, Pau Martínez and Xavi Jiménez, and from that beginning we put Amalgama together, a connection between Hindu percussion and flamenco. At that time I was starting with the cajón, I was the second generation, after Antonio Carmona, Rubem Dantas…  Ramón Porrina was there, 15 years old and he was creating the language of flamenco for percussion. How did Kejaleo come into being, who’s behind it and how did you get it all together?

XT.  Cris and me were working on a pop project…at that time I’d already left Ojos de Brujo.  I wanted to get back to instrumental fusion, and Cris also liked the idea.  Roger Blávia the drummer was around…we got in touch with Diego Cortés and saw it all sounded good, that there was a connection.  Bass-player Jordi Franco joined the group and we got a singer, Rosalía, 19 years old with a great future and raring to go.  She made the record with us, but now we have Inma who sings and also dances.

I understand you come from groups with many musicians and which were still able to be successful…it’s not easy to have that kind of staying power.

XT. In Ojos de Brujo we were as many as ten or eleven people at the height of our success.  You need a lot of infrastructure, and you have to keep spirits up…musicians are complicated, and they change direction sometimes.

Where are you from?…all from Barcelona?

XT.  I’m from Barcelona as is Diego, of course.  Cris… (CF) Well, I’m from New York, but I’ve been living in Barcelona for 20 years, so the group was born in Barcelona.

This kind of group is typical for Barcelona.

The group revolves around flamenco…how much flamenco, and much jazz is there?

XT.  The creative backdrop is flamenco, the compás which gives us the rhythmic richness, the most important part of this kind of project.

CF.  Then, in jazz-fusion everything goes, I can’t isolate any particular style from the rest, it’s all valid.  Always sophisticated, something might sound more jazzy, more Arabic…more funky…

XF.  The most Hindu playing is mine.

DC.  But the flamenco guitar is there.
It’s not a good time to be recording, but you still have to do it as a calling-card.

XT.  Ten years ago you could make money from a record, now it’s an expense…but necessary, it’s your presentation, if there’s no recording you don’t get gigs.

CF.  It’s also the idea, the need to show what we’ve been working on for one year, you want to record it.

XT. It’s like writing a book, we need to put it out there.

From what I understand, you work up the repertoire in performance, and then make the recording later on.

CF.  Some of it is from before, and another part was created specifically for this recording.

XF.  Cris and Diego do the composing, I contributed a few pieces, versions from my group Amalgama adapted to this format.  The newly created numbers are “Alaire”, “Árbol de Vida”, “Al Filo” and “Lo que el Viento Trae”.

CF.  The pieces are very arranged and pre-planned, but there’s also room for improvisation, similar to the jazz format…Kejaleo’s concerts are like that, a complete adventure.

Voice is also important in some of the numbers, it gives a touch of color.
Singing is another instrument for us.  If a piece has singing, the voice is the main instrument, in other pieces it’s the guitar…everything counts.

In any case, the important thing in this kind of music and group is live performance.  What kind of festival is your target audience?

XF.  We fit in all jazz festivals…percussion, guitar, world music…and flamenco, why not?…it all depends on the level of purity of the festival.  There’s always room.

DC.  Any flamenco follower who’s looking for compás has it right there, that’s for sure, it’s all there…if the melody and the chords sound a little strange, could be, it’s very possible.

XT.  We also break the compás now and again.

So far we’ve worked abroad, in jazz festivals in Barcelona and Madrid, also Korea…jazz fusion…we passed through Ukrania, the live music market of Vic in Catalonia…  Now we’re about to begin a tour in the fall with our record hot off the press.  It’s all open, at our web www.kejaleo.com we’ll publish everything as it progresses.

Anything you want to say to flamenco fans? 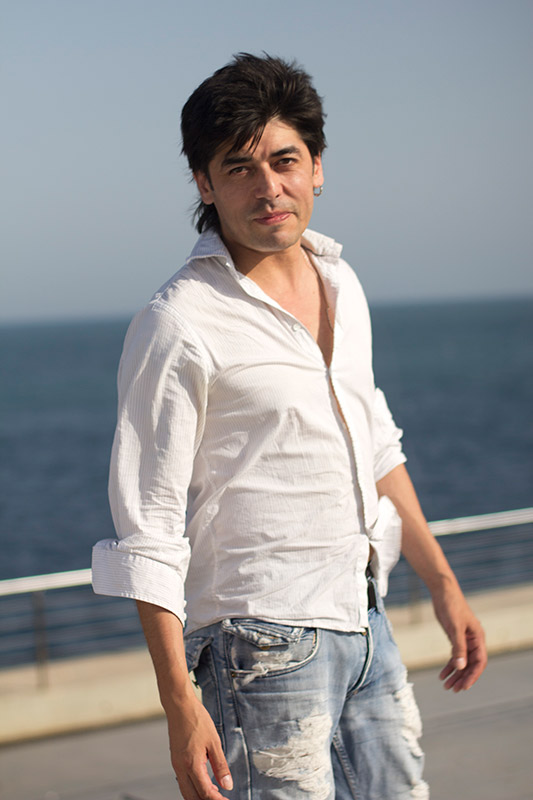 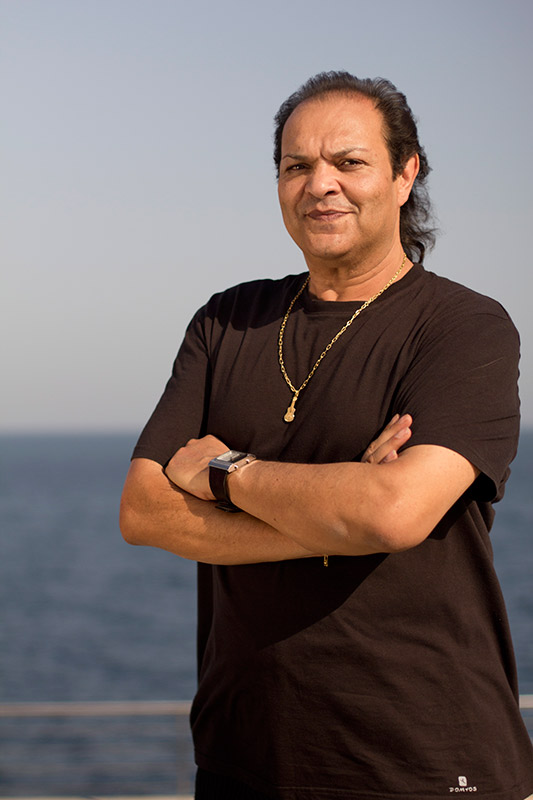 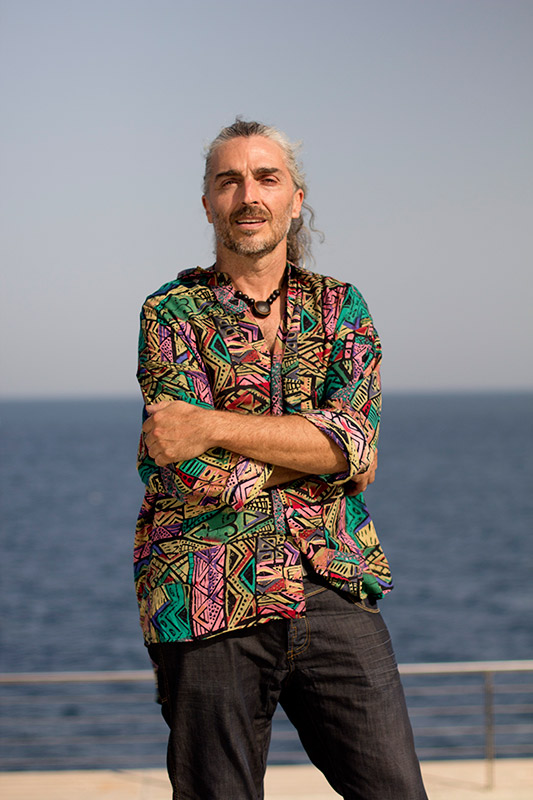 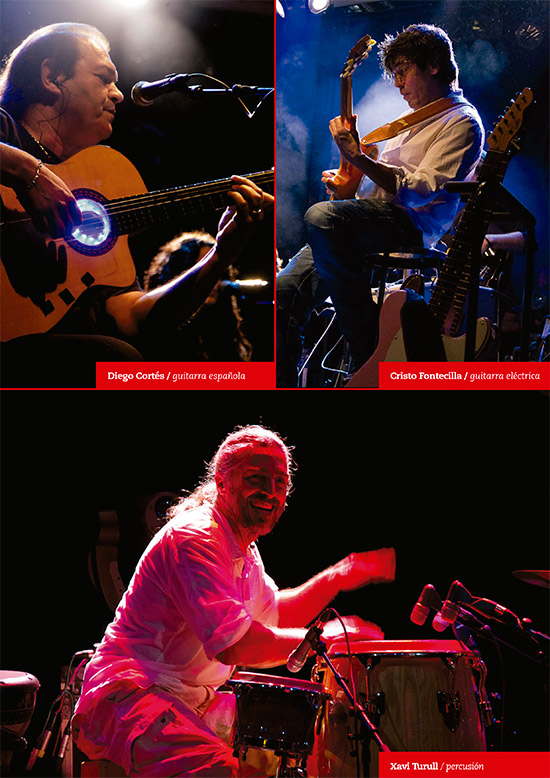 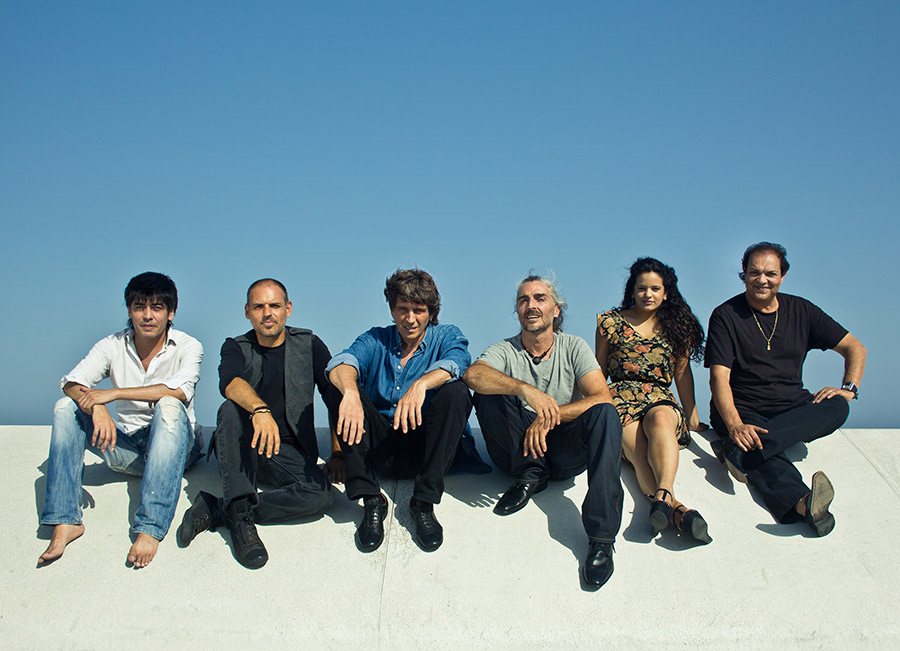