A few days ago I was with my good friend Antonio Reyes to chat about our favorite topic, flamenco, but mostly, to talk about his recent recording made last May along with Diego del Morao at the Círculo Flamenco de Madrid.  It's bad form, being part of the project, to say that it's terrific, but it is.  The sound is impeccable and flamenco, but especially the quality of a live recording, this is what comes through loud and strong.  Like we say on my street: “the whole truth”, with no tricks.  I believe this is an artistic couple that is going to make history in this difficult art of flamenco.  Time will have the last word, but for now, let's hear what Antonio has to say… 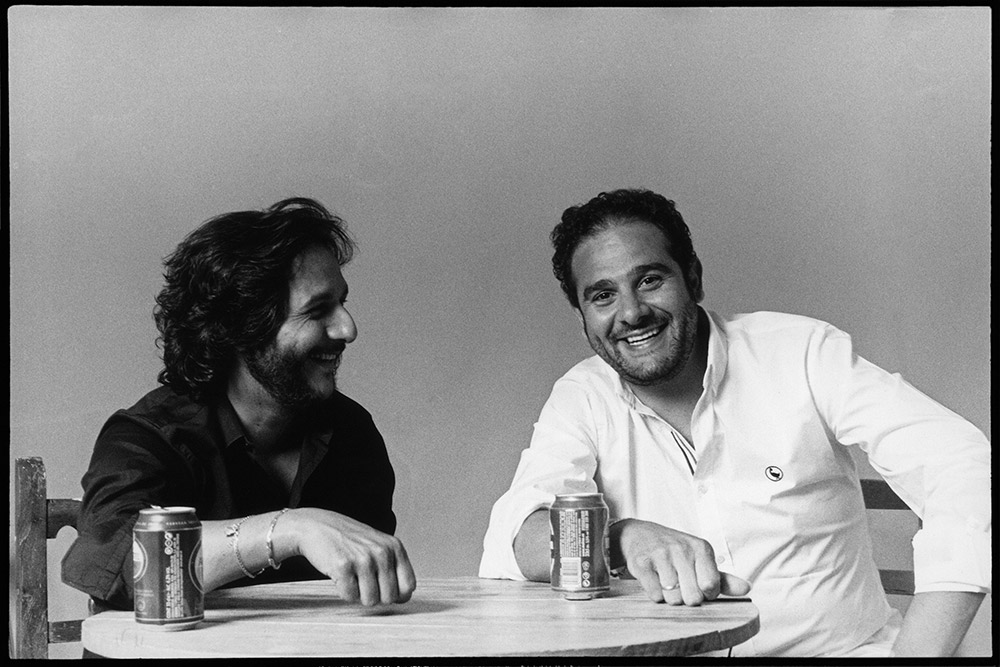 It has a terrific sound quality, I think both Carlos and Alberto went to great extremes in this respect, to make sure it would sound strong and rich.

Have you listened to it a lot?

Very little, because what happened with the other record was that you start to find fault with every little thing…I prefer to listen to it sporadically.

How did this project come about?

Well, it was Carlos Martín's idea, he proposed I do it with Diego, it was his idea, and I thought it was great.  We got down to work, and set a date…

You'd never sung with Diego before…

We met up in Jerez to talk about the project, later that night at the Luis de la Pica club Diego took out his guitar and we did a few things, nothing like a rehearsal or anything like that related to the record, it was just spontaneous.

Did you already have the repertoire thought out?

We had nothing prepared, I think there are people who thought it was, but there was nothing at all, no rehearsal whatsoever.  But of course the raw material was very good.  You have to be having a very bad day to sing badly with Diego.

I remember that one hour before we were looking at something in the hotel, mostly the tangos where I do something a little different, almost nothing… 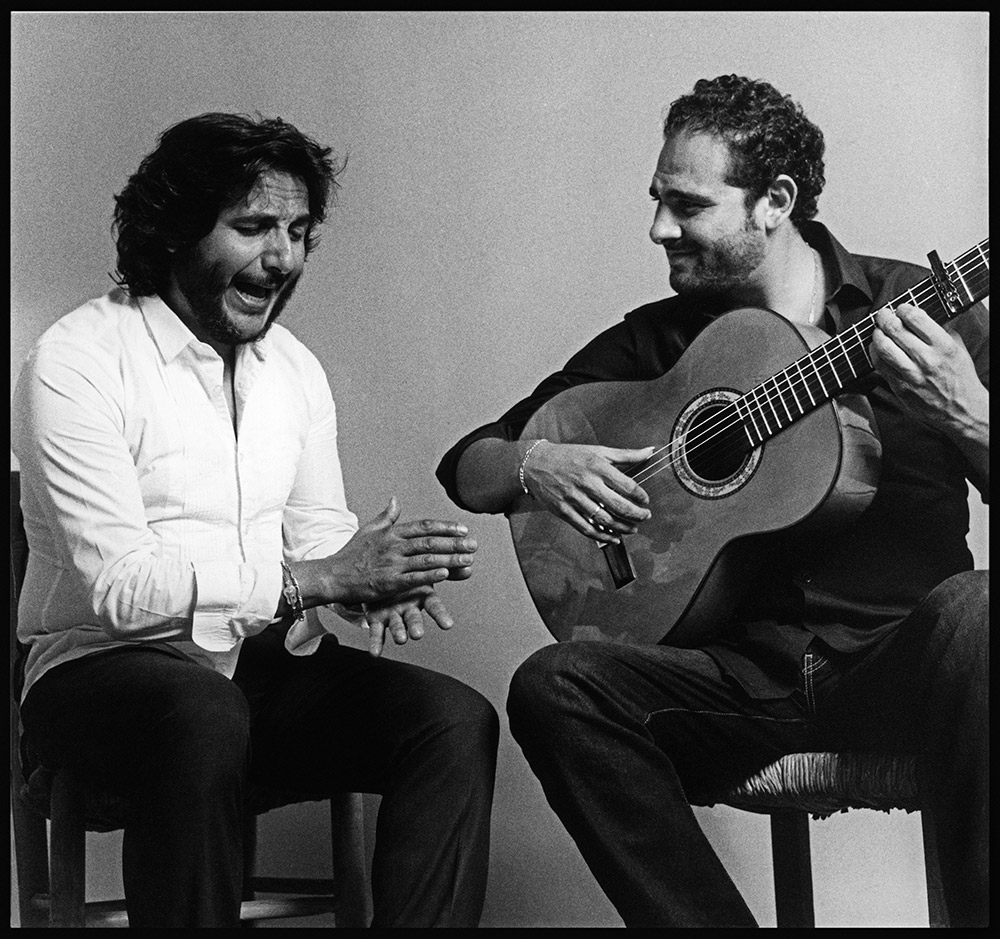 It was incredible, with Diego you do things you probably wouldn't do with anyone else.  Diego makes you give your all, he gets you inspired, he's another world, he's a genius and is marking an era in the history of guitar.

I remember you told me that when you got up on stage, you weren't aware they were making a recording…

Yes, that's right, the audience was so rapt and supportive, I forgot we were making a record.  There are always highs and lows, more so if there's no retouching after the fact, but I really felt at ease and that's reflected in the result.

As long as I've been following you, I've come to notice an evolution in how much you risk when you sing, it's possible that before you didn't let your voice break, but since about two years ago, you do it more and more.  Are you aware of this, or does it just come out that way?

Yes, yes, I'm aware of it.  I think I'm more focused now, I take bigger risks, my voice is stronger than before, that's all.  If the machinery isn't in place…  When your voice feels good, you risk more.  Of course, these last ten years I've made it my business to listen, learn, prepare myself and cultivate my career.

In that same spirit, you reserved nothing on the record, taking the vocals to the limit, knowing there could be something out of tune, but you gave your all, nothing phony there…

Well, yes, the truth is I think I gave every bit of myself, although there are always things that can be improved, but that's what's so great about a live recording, no second takes, no chance of repeating things.  The essence of a live recording is the naturalness as opposed to being mechanical, that's for the studio.

What's your relation with Madrid?

Well, with Paco Peña I came to the rehearsals, and I came here the first time to San Juan Evangelista, precisely with Canela de San Roque, and I have a terrific memory of that day because I sang with Canela.  Later on, I was in the Caja Madrid festival, and with Manuel Morao.  And more recently, at the Círculo and at the Sala García Lorca where I love to perform.

What's strange is you haven't been in Madrid's SUMA FLAMENCA, I'm surprised a singer of your stature and background has never been programmed.

It surprises me too, but look, here we are, and I'll be in that festival when the time comes.

How was the tour of Holland?

It was an unforgettable experience, we were at wonderful places.  The theaters full.  With Diego, Juan Grande and Tate.  We sold a lot of records and I'm grateful to Ernestina for treating us so well.

Well, we haven't said anything, but being with Diego is a point in your favor, I mean off-stage…

Sure…with Diego you're cracking up all the time.  He's really a good person, noble and witty.  I get a kick out of him.

Which song do you like best from the record?

It's hard to choose, but I like the soleá.

Hey, me too, listen, and such terrific photos on the record, don't you agree?  [laughter]

They're too much, both those of Pepe Lamarca and yours.  The record is very well-made as far as the presentation and layout, it's something Carlos and Alberto wanted to be just so.

What a great time we had that day, huh?

Shit, those are unforgettable moments that always stay with you, that brief time we were with the maestro laughing.  We had a great time, and more so in that same place where Camarón and Paco posed 40 years ago. 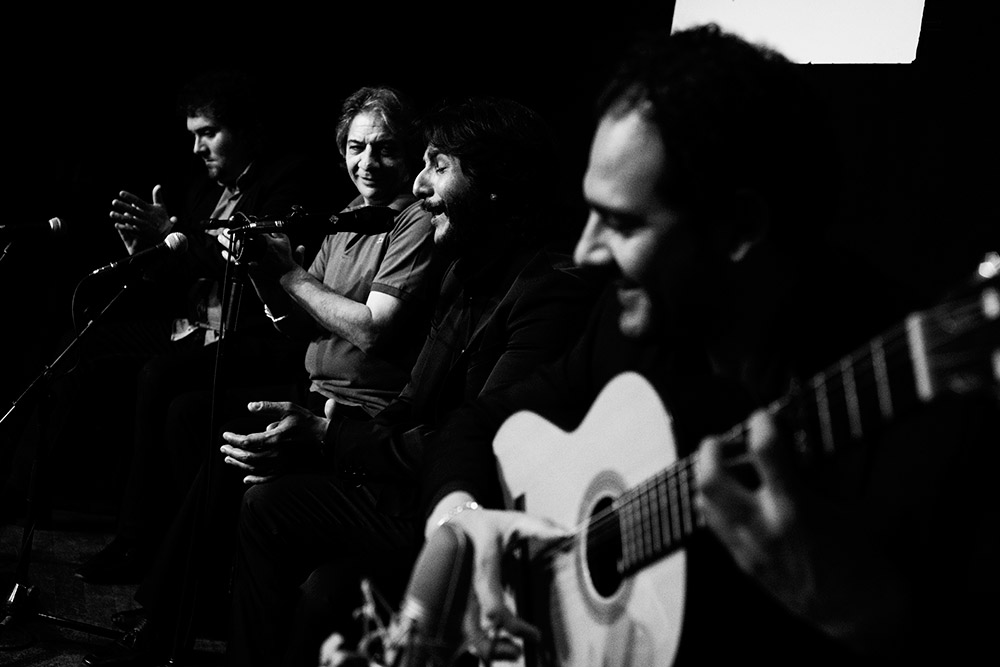 With Diego, it was the first time he played for me, and since then, he's played for me many times and now we really have a rapport.

Is there a record on the horizon?

As soon as this record settles in a bit, and we finish with the promotion, we'll get started.

Is Ballester helping out?

Always, he has real jewels to draw from.

Anything picked out already?

I had a few things, but I concentrated on this one, I'll get back to it before long-

An obsession of mine…are you going to record a malagueña?

Where can we expect to see you next?

Well, for the moment, we're presenting the record in Seville, at the Festival de Jerez and in my hometown of Chiclana.  And I'll keep working with Diego as much as possible in whatever comes along. 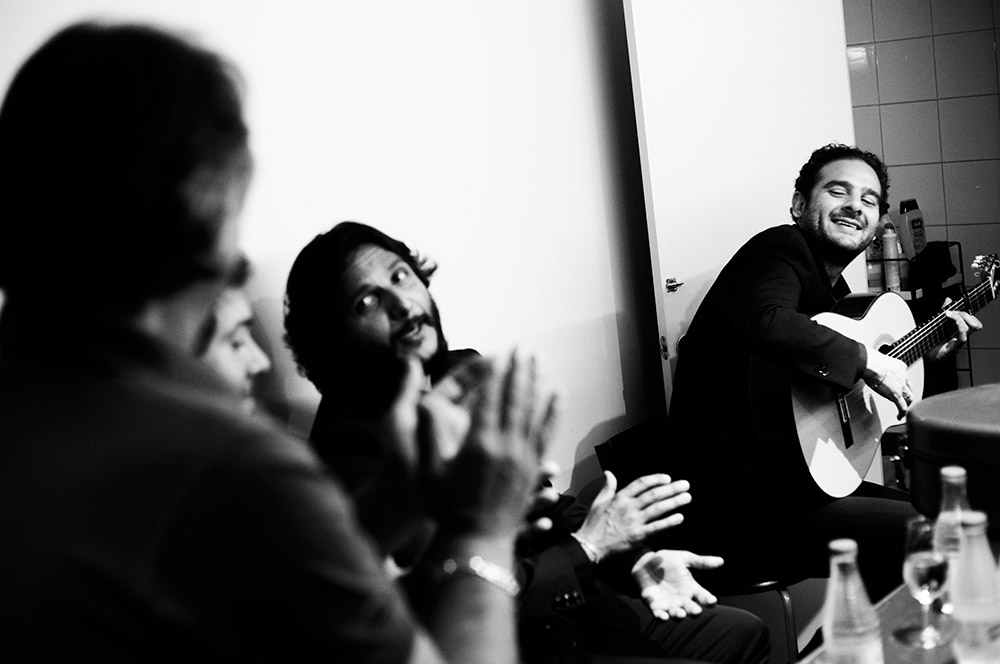 Zambomba Flamenca at the Teatro la Latina in Madrid