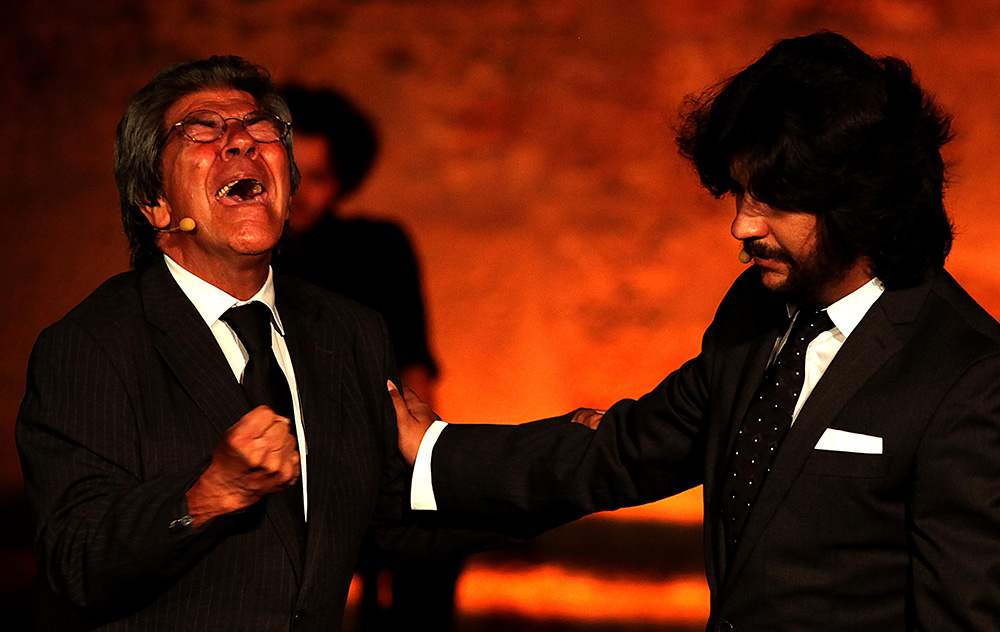 Yesterday's Rancapino, or actually the Rancapino of always, represents that longed-for voice that is a sheer cry of survival.  He's one of those singers you always want to listen to and who is not criticized.  His raspy voice is unsettling, his sound is of vinyl and the struggle with the songs inevitably triggers an almost unconscious empathy.  Like the anti-heroes of the movies or, in general, anyone who moves through life with humility.

His throat is full of shading and is moving, as it was Monday at the Torre de Don Fadrique, with expressiveness that has nothing to do with imitation.  His caramelized serene malagueña, his profound soleá, his siguiriyas and his bulerías, natural through and through, teach us to understand flamenco from a different perspective.  Giving a lesson that shows everything might be easier than it seems.

And the man from Chiclana is charismatic.  It makes no difference how many times he tells the anecdote about Chano Lobato calling him the Robert Redford of Africa, because he laughs in the same genuine way, and the audience, naturally, eats it up.  A sense of humor is so important in life!  We all need to laugh at ourselves now and again.

And the son shares even the mannerisms.  He never lengthens the lines gratuitously.  He likes to listen to himself and delve into his interior.  That's why he has the sound of earlier times.  He was especially good in the Caracol-style fandangos, and in the alegrías he interpreted slowly and in compás, pulling salt out of the bay, and his sweet tangos song and the bulerías in which he remembered Camarón.  He hasn't got a big repertoire, and needs time to find his niche.  But there is good taste and knowledge.
One recital, “history and legend” as one person shouted from the audience, at the end of hard times.  And a promise in the present that communicates as few others and which will be hard to find in the future.  A father and a son, shoulder to shoulder, as in the opening round of martinetes, able to take on any battle. 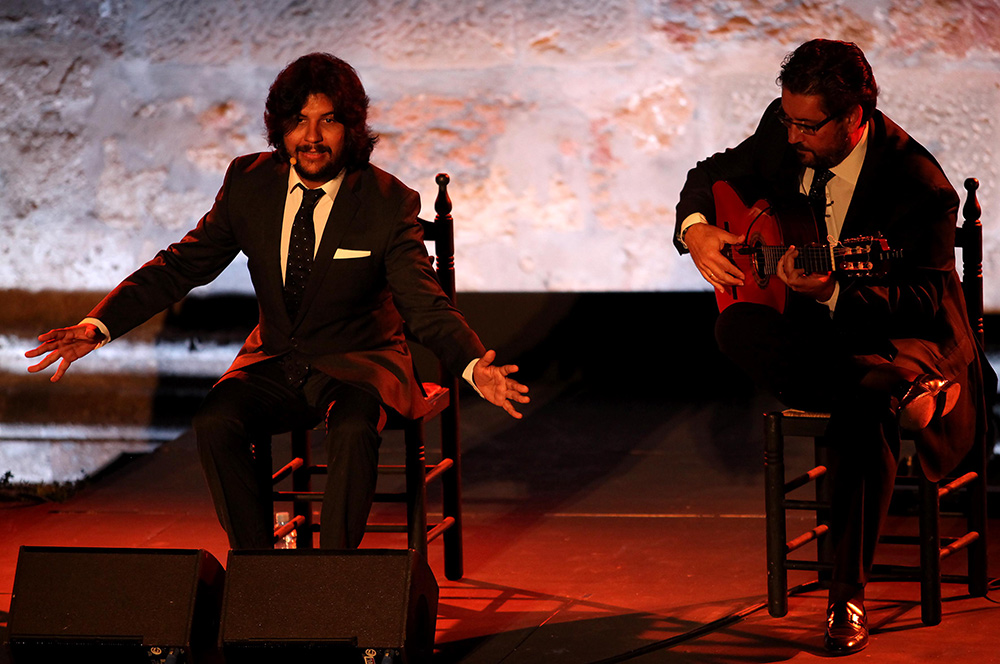 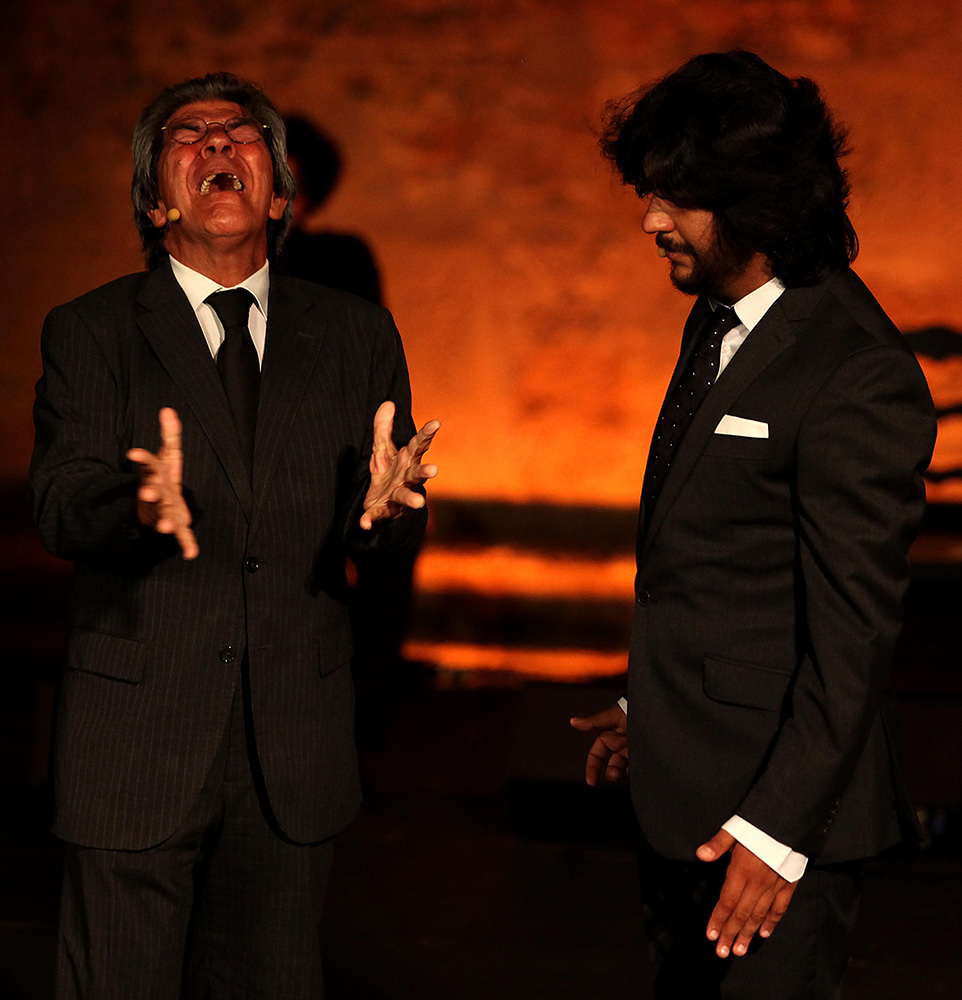 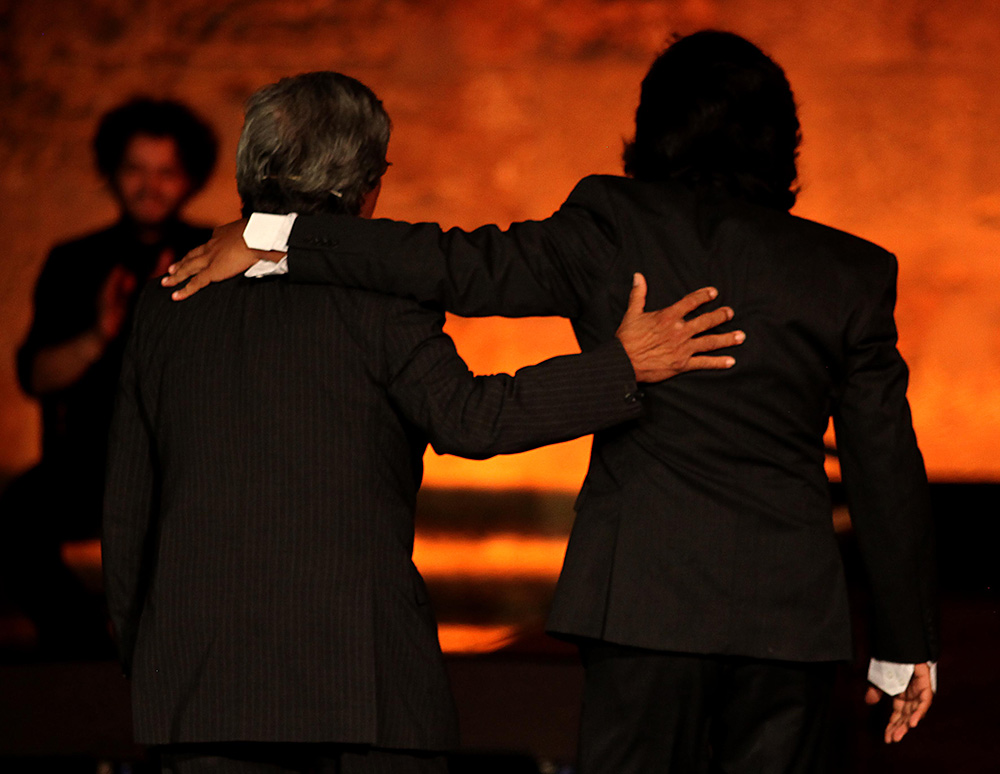