The return of Juan Pinilla to the Catedral, and borrowed flamenco with the violin of Paco Montalvo

In the second gala show of the current edition of the Cante de las Minas, the award “Catedral del Cante” went to the country of Belgium, singer Juan Pinilla triumphantly returned to the stage where he had won the Lámpara Minera in 2007 and the show “Alma de Violín Flamenco” was presented by violinist Paco Montalvo.

Juan Pinilla, winner of the 2007 Lámpara Minera, honored the art of flamenco in so many ways over these ten years.  In his presentation he recalled and thanked having had the opportunity to learn so much.  He began by dedicating his performance to all workers, and continued with siguiriyas with verses of Paco Umbral, followed by soleá of great interpreters such as Tomás Pavón and Niña de los Peines.

Towards the end, singing mining songs, he mentioned some of the most illustrious figures of La Unión whom he had known, such as Asensio Sáez, Pencho Cros, Encarnación Fernández and Antonio Fernández, thanks to whom he discovered the musical, artistic and social reality of this “amazing” territory.  And although most of the audience had come to see Paco Montalvo – on the program the Granada musician was featured as guest artist – he happily discovered the best flamenco and mining singing as offered by Juan Pinilla, and was sent off with a standing ovation from the audience.

The next performer was the surprising and well-known violinist Paco Montalvo who interpreted pieces from his recording “Alma de Violín Flamenco” in which he borrowed melodies from Paco de Lucía such as Río Ancho, La Barrosa and Entre Dos Aguas, in addition to Lágrimas Negras and Sinatra’s My Way, with grand staging that guaranteed success.  He was accompanied by a flamenco group at the service of this great virtuoso of the instrument, who reminded us of the televised gala shows “Noche de Fiesta” where all that was missing was the host, José Luis Moreno. 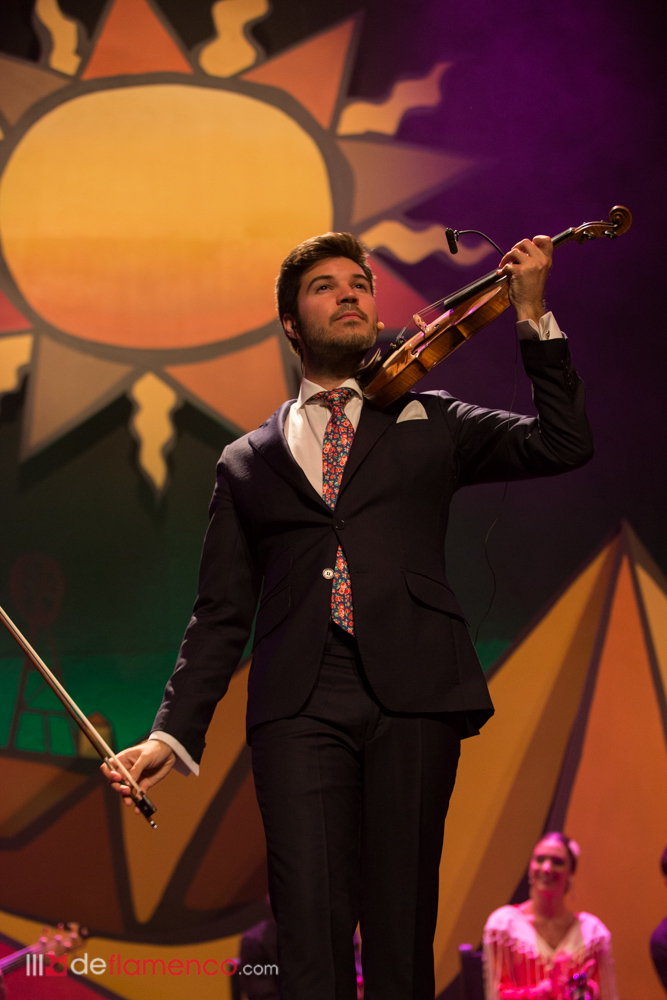 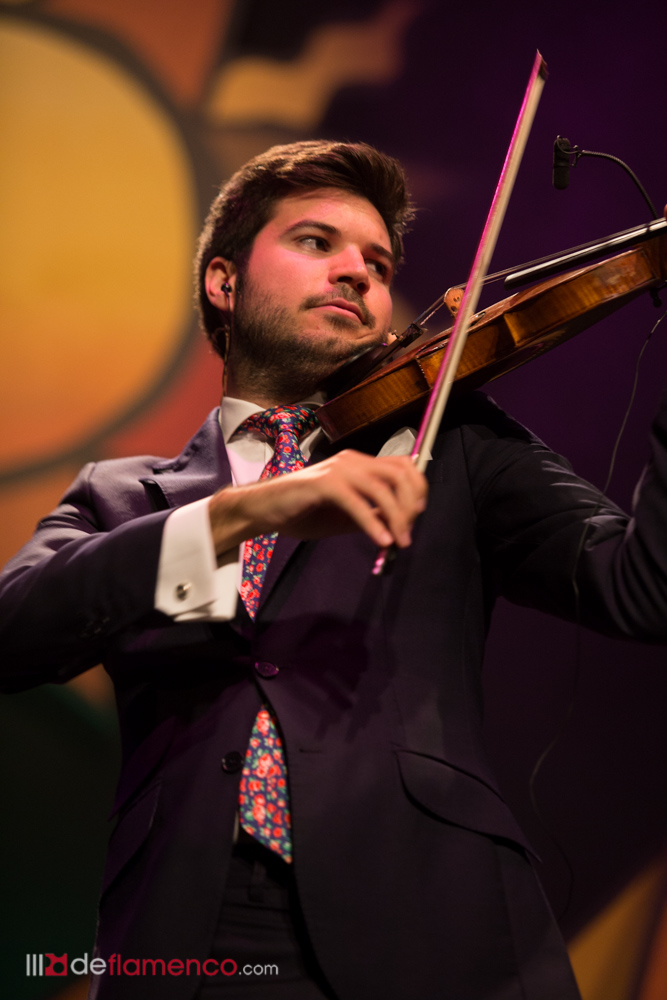 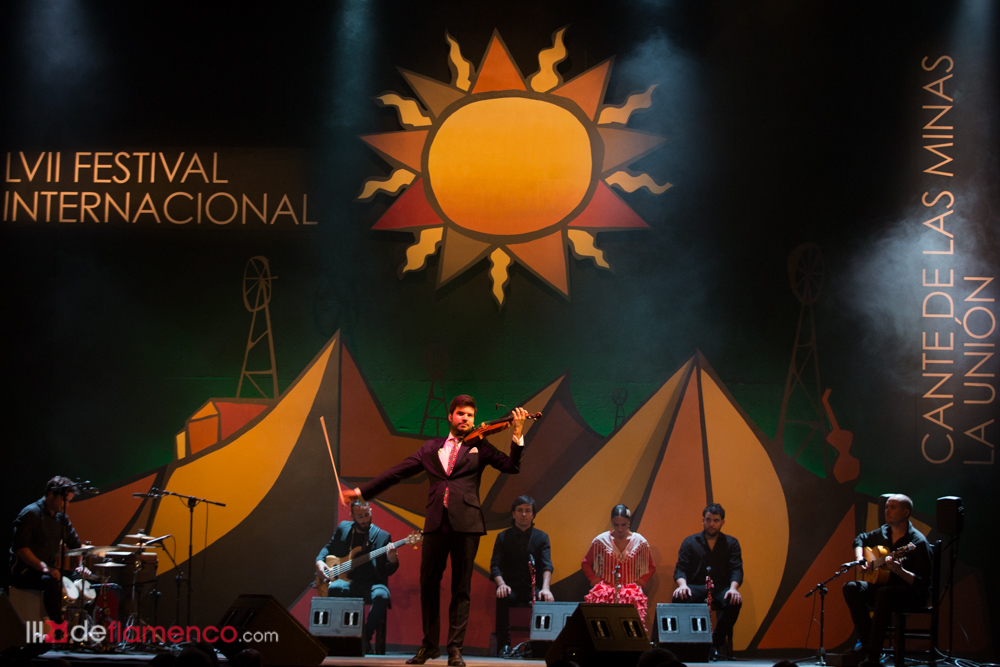