The Japanese fascination with flamenco is well-known, as is the fact that there are more flamenco dance schools in Japan than in Spain, or that these large-scale flamenco events, such as the Festival de Jerez, attract a huge Japanese audience.  If Yoko Komatsubara is the grand dame of female flamenco dance, Shoji Kojima is the senior representative of the men.

His intense career began in the nineteen-sixties, and includes a long strong of important performances in the best-known tablaos, summer festivals, performances for royalty, television appearances and Spain's National Ballet.  Now, at the age of 76, he has performed at the Festival de Jerez for the third time, on this occasion in a work titled “A este Chino no le Canto” (roughly, and with apologies: “I ain't singing for this Ch_nk”), a reference to an anecdote from the dancer's beginnings in flamenco dance when a cantaor refused to sing for him.

I don't know if with this work Kojima reaches his expressed objective of narrating his life experience in flamenco, but aside from anecdotes and oddities, the show has some spectacular moments…and others, not so much.  The long dance of guest artist Eva Yerbabuena, was absolutely astonishing; she let herself go much more than in her own shows.  The presence of Miguel Poveda is always a welcome addition, as well as such popular artists as Enrique el Extremeño, David Lagos and José Valencia in the vocals, Javier Latorre in dance and Chicuelo and Paco Jarana on guitar.

Kojima surrounded himself with a solid cast of artists to back up bits of dance in which his movements were slow and full of mystery, as if under water.  He paints a ghost-like image with his frail form wearing a long black frock, and his straight black hair which covers his face, already hidden under the mask of a young woman.

The show is a curiosity that will be difficult to repeat as is, due to the important guest artists it depends on. 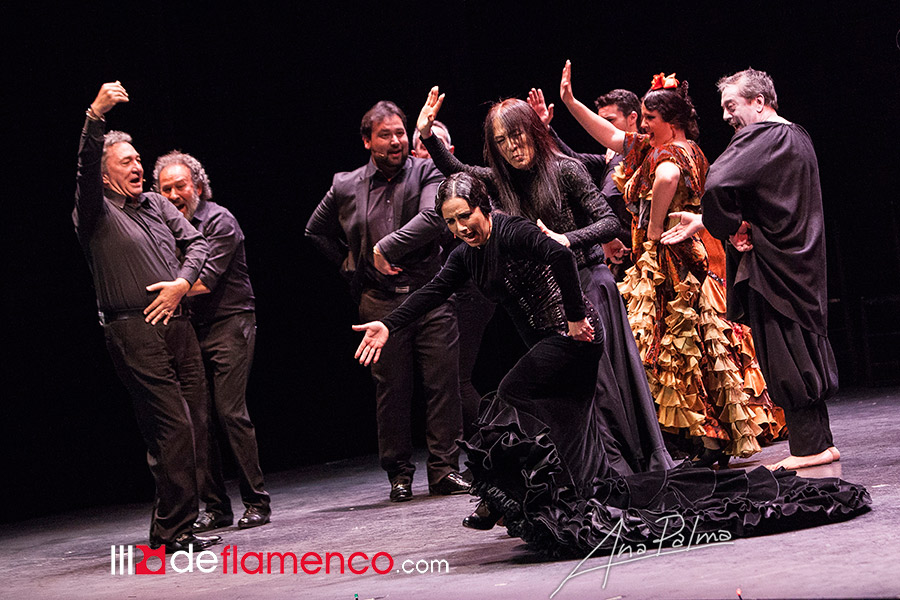