It's surprising how Mohammad Motamedi and Rosario La Tremendita have changed in these four years.  If you look at the photos of that Biennale of 2011 where Qasida was presented, you can see it in their faces.  But the most noticeable thing last night was the rapport between the two, the self-confidence with which they entwine their voices and cultures, the way they resolve a task that is anything but easy.

The revival of Qasida took place in the same venue and at the same time as four years ago.  The Muziekgebouw aan't IJ was nearly full, and although it took some doing to get the audience warmed up, as soon as Tremendita got underway with fandangos, and Mohammad wove his vocal arabesques with her, the auditorium went wild.  The peculiar warbling Mohammad does, so complicated and well-executed, may not have any historical equivalent to flamenco, but without a doubt it came into being to interact, albeit in certain unexpected moments, with a sung lamentation such as we have in flamenco singing. 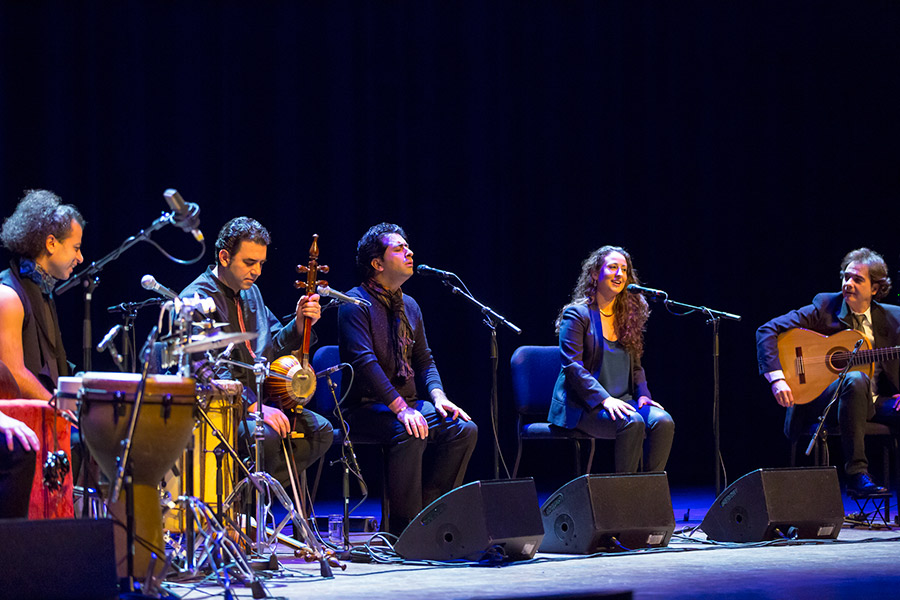 The petenera was a miracle with that somewhat muffled voice of Tremendita's that you never know if it wants to die or has come to kill. In the bulerías, there were people in the audience who wanted to get up and dance. The floor of the room resounded with the feet of many followers who marked the rhythm.  The Dutch audience is incredible: attentive, searching and generous.  Mohammad and Rosario finished with tientos tangos, and although there was no encore, the audience gave them a standing ovation.  They gave their all and showed, contrary to what Joaquín Sabina says, that one must always try to return to the place where one has been happy. Last night's concert was complete: you could see the results of many performances together, the doubts and drawbacks of other performances of theirs had dissolved.  They know each other well, but aren't bored.  And above all, they don't allow themselves to bore the audience or let them down.

The same can be said about the musicians.  They were impeccable, discreet, knowing as they do those two voices that make up Qasida.  They barely need to look at each other to know what comes next or which way to go.  Special mention for the guitar of Salvador Gutiérrez, and the kamanché of Sina Jahanabadi.  Together they took charge of subtly marking the direction, guiding the singers without their noticing it.  Salvador's fingers were sweet, and he brought them out again in the bulerías where they were tempered, silky and of caramel.

The second part of the night devoted to cultural dialogue and exchange, was provided by the virtuoso Kayhan Kalhor with his kamanché, and Erdal Erzincan with his long-necked lute.  They conversed with their instruments, and their countries and their ancestors.  There was no competition, only conversation.  A wordless chat that lasted nearly an hour and a half, without a break, and where there were cheers and whispers, laughter and confessions between the Iranian and the Turk.

This very long performance was done at a single go, and after 11:15pm, the estimated ending time, some of the audience began to leave the auditorium.  Some for logistical reasons: transportation options were dwindling, but others simply found a single hour-and-a-half-long piece too much even for the most devoted music-lover.  The musicians did amazing things with their fingers, and the beauty and complexity of that planned improvisation were maximum.  Some left, but those who stuck it out were completely enthralled.  Both artists received enthusiastic applause which, much like their performance, seemed at times to go on forever. 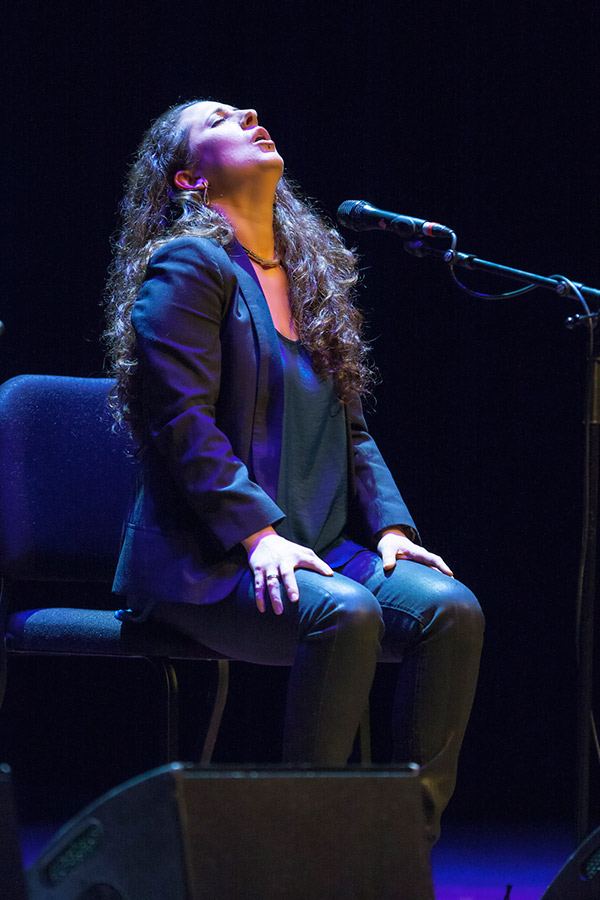