The next-to-last day of the Festival de Jerez, the recital of José Enrique Morente was cancelled for medical reasons.  But there were still important performances to be seen in other venues, in addition to the “Off” program, full of shows in various locations throughout the city.  During the Festival, no one has to do wthout their daily dose of flamenco a la carte.

The eternal flamenco cliché, even when its definition is in constant evolution, is that of “purity”.  Every flamenco fan looks for his or her ideal model,  and the good thing about the Festival de Jerez, is that here, all tendencies can be found.  Beginning with the great celebration of the Jerez identity that is always offered via a show that often is the responsibility of the much-admired dancer, María del Mar Moreno.  Bulerías and more buleríás…who doesn't have their little song or dance bit?  The audience goes wild with the first fiesta scene, and we're all ready to receive what is to follow.

Several years ago, in the original version of this work, the famous segment from Rito y Geografía del Cante, in which Antonio Malena, 7 years old, sings siguiriyas, accompanied by an adolescent Moraíto, was projected, while both adult artists watched the historic scene.  Last night, the absence of the beloved guitarist put us all in the same emotional place.  This time, it was Macanita, that little girl who sang and danced bulerías in the historic series, and was the adult artist who watched, with Antonio Malena, the projection of those moments from more than forty years ago.

Saeta sung from the side amidst the audience, martinete and siguiriyas for María's dancing, the barrel to rap out rhythms with knuckles, the beloved dance teacher Angelita Gómez, Macanita por soleá…in other words, all the typical elements to delight the local audience. 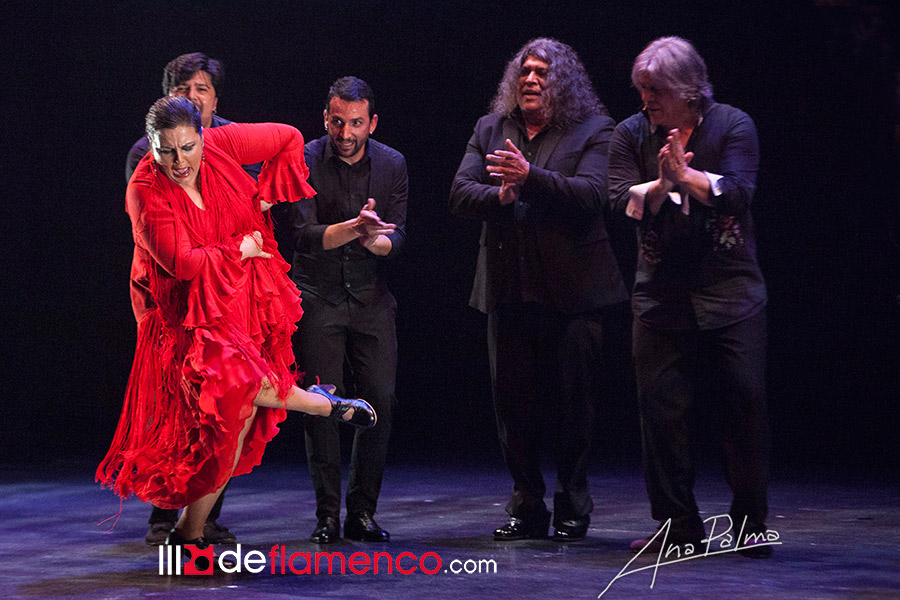