Three shows in one

There was no plot, but there was good dancing. “Cuerpo, Mente, Alma” was the title of the show starring Karime Amaya, Juan de Juan and José Maya in Madrid's Suma Flamenca festival.  Each one of them deserves their own space, but as it was yesterday, the audience was able to enjoy three shows in one.

The program warned there was no story line, and so it was.  The show began with a brief joint effort to make way for the individual performances of each artist, separated by instrumental interludes which at time were too long.  Miguel el Rubio preceded each dancer, showing his ability and depth with his mere presence.

José Maya was first, and was in his home court. The Madrid dancer triggered cheering almost without dancing, and when he did, he showed that indeed, in Spain he is not recognized for his capacity.  When José dances, you can tell what is on his mind.  He appears to speak to himself, and you can almost hear what he's saying.  It's all gestures, and just when you think he can no longer surprise you, he corrects a turn in mid-interpretation, or turns a foot and broadens the possibilities of flamenco without leaving the box.  José has special charisma, and more than being a dancer, he is an artist in the broadest sense of the word, with an interpretive capacity that is way beyond that of current dancers.  It's a wake-up call to theaters, flamenco associations, tablaos and venues of all types: audiences, not just flamenco followers, must become familiar with José Maya.

José was followed by Karime Amaya.  The grand-niece of Carmen Amaya is known for her powerful legs, but yesterday in Madrid she showed how much she has grown.  Her arms are not the ones she was using a few years ago.  The ones Karime now uses are longer and more sinuous, she uses them differently, as if resolved to hold back at times in order to win.  She showed her strength with brutal and impossible footwork, but she didn't short-change on the hip work, nor the shoulders, and she offered some marvelous hand movements at the beginning of the siguiriyas.  And seated in a chair.  She was captivating with Miguel el Rubio who sang his heart out, and the dancer ended as she had begun, seated and powerful.  The Mexican woman has worked an important turn of the screw in the evolution of her dancing, and it's going to be interesting to see what her coming projects will bring.

The show ended with Juan de Juan, whose dancing is described by some people as fresh, but it's actually brave.  Juan is from Morón, and he has a touch of dryness at times, like the guitar-playing of his hometown.  Juan has an advantage, that of knowing that what he's got is something different, a personality all his own, conviction and bravura.  At the Suma festival he proved this with bulerías, surprising everyone, throwing the audience for a loop, leaving them momentarily frozen, thinking whether those movements, which can be almost stillness or very rapid, were correct.  Watching him you ask yourself if what you're seeing is intentional.  And it is.  It's a brave man with a personality and unquestioned expressiveness, giving his best shot.  Juan doesn't go for the easy route, and that in itself is a priceless balm. 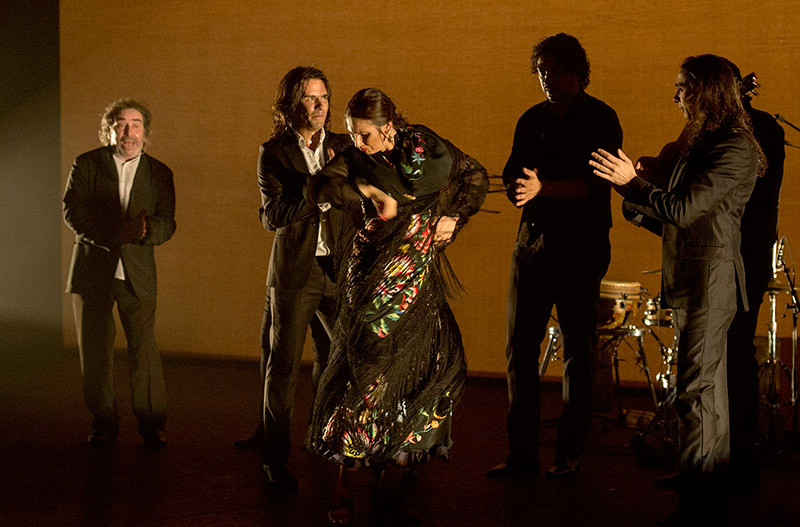 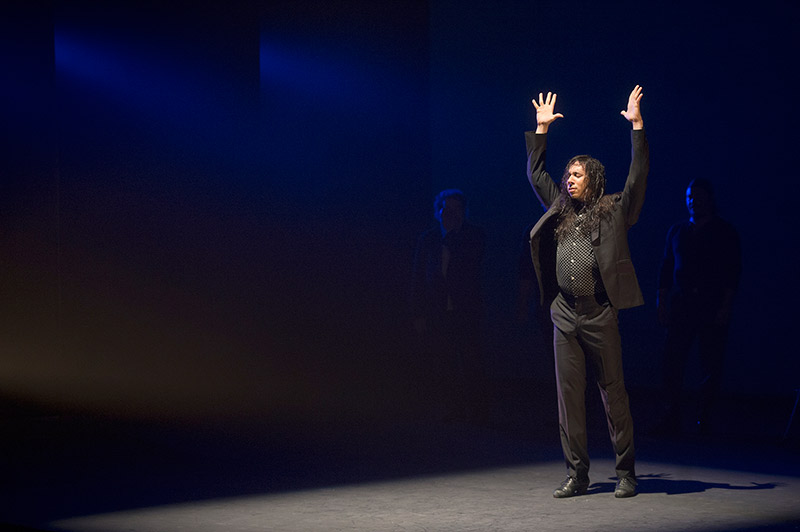 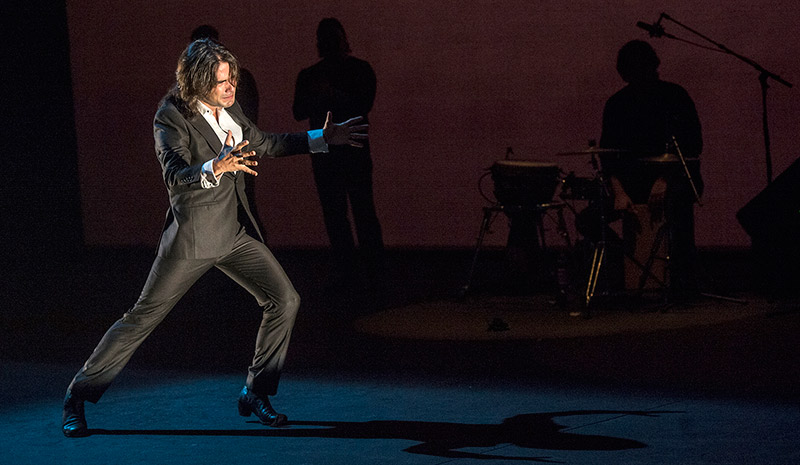 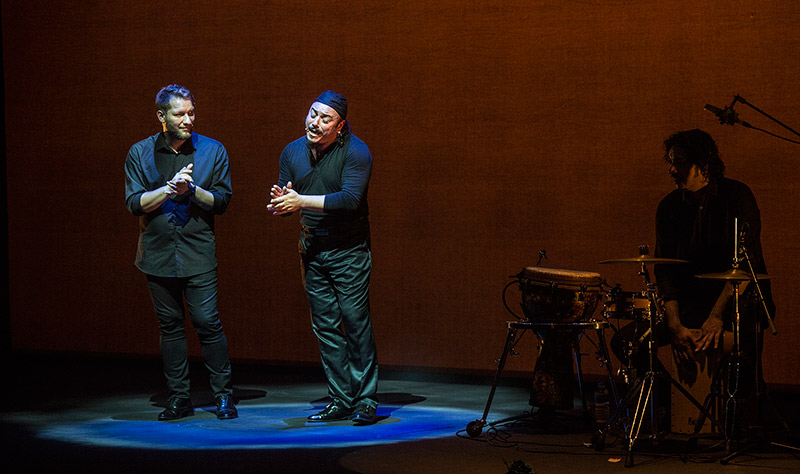 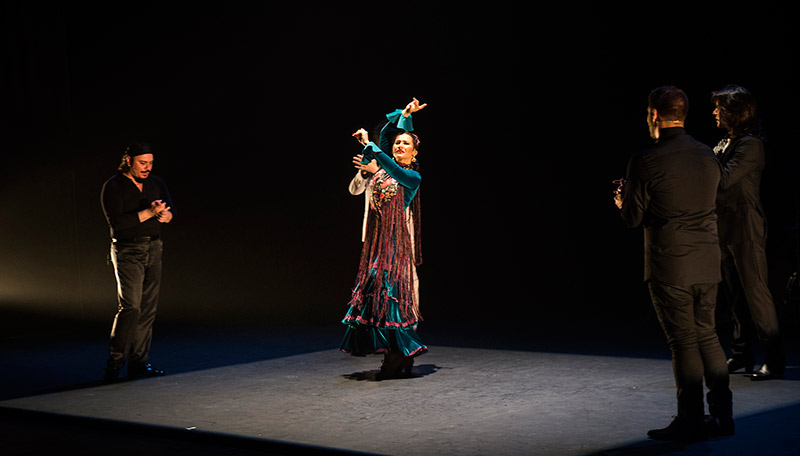 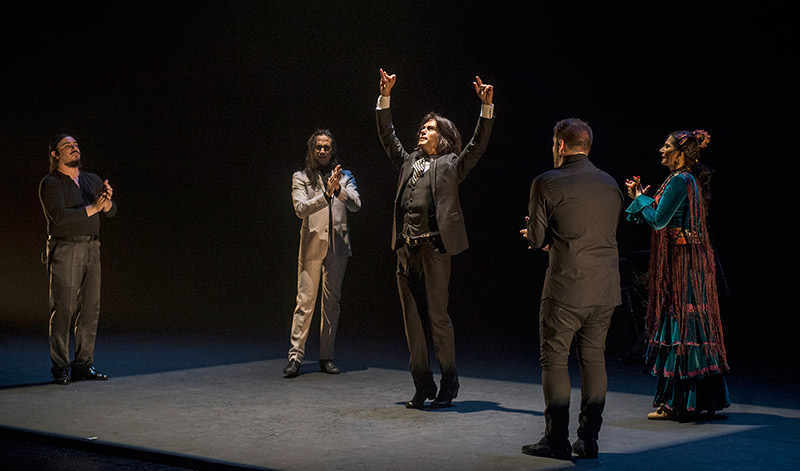 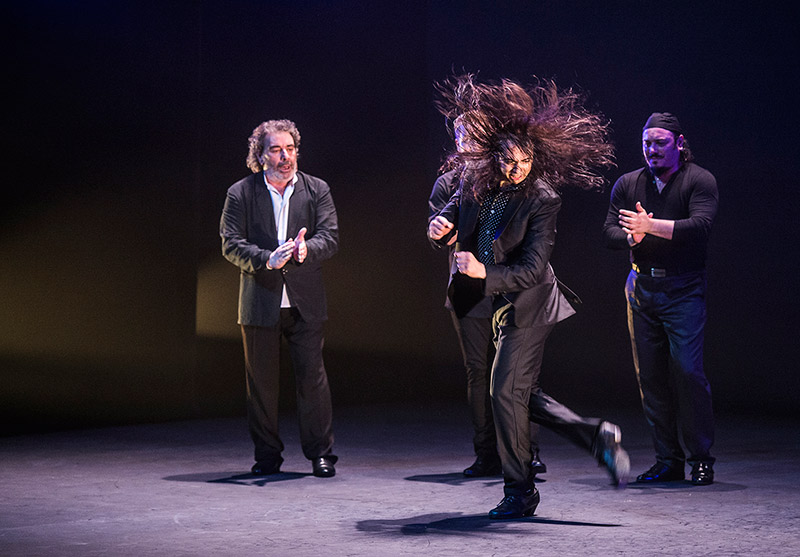