José Valencia wins over the Dutch audience with his “Directo”

“José (Valencia) was already an old man when he was a child”, said Antonio Canales to the rapt spectators who attended the encounter with the artists after the show.  Almost certainly he was a sharp kid who absorbed from everyone, and listened to everything.  We also know that he’s spent most of his life on the stages of the world alongside the most important stars of flamenco dance.  And we’ve seen him faithfully defending the most orthodox singing, while taking on daring contemporary projects without skipping a beat. 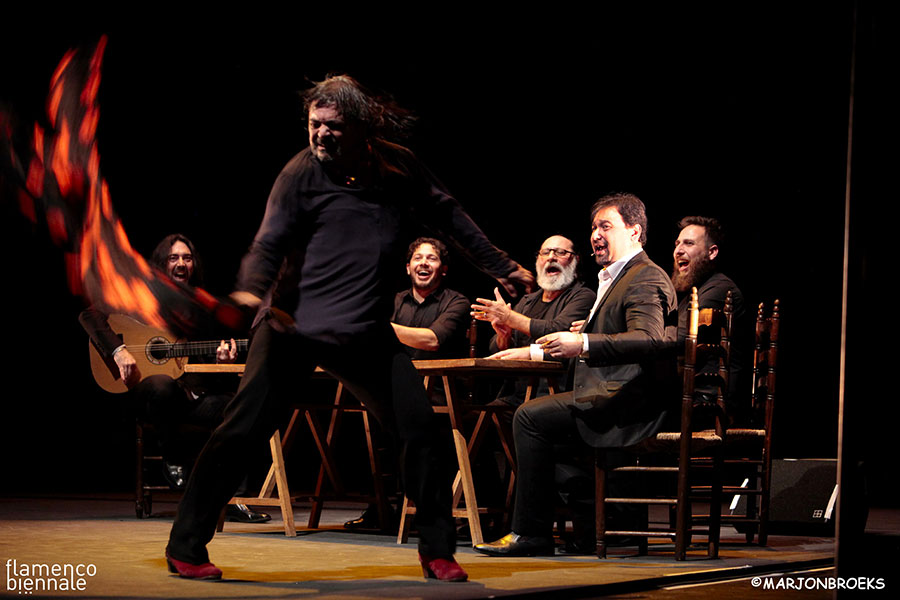 Which is why Canales said he was proud “to have been tonight the faithful sidekick of the best of all the Quijotes there are now in flamenco singing”.  Also for this reason, even though they didn’t know who he was, the audience that filled Amsterdam’s Muziekegebouw, left the theater impressed with his “Directo”.  “It was as if he were an opera singer” said one lady at the doors of the theater, “…and I really like how he looks out at the people” she added, leaving me speechless.

In other words, the extraordinary vocal qualities of the artist are undeniable, his powerful voice, his technique and his perfect pitch, his capacity to modulate…but what really made the Dutch audience nearly jump out of their seats, was his tremendous stage presence.  The self-assurance with which he sings, his clear intention to communicate the verses, his strength and daring. The self-assurance that comes from knowing exactly what you’re doing.  “We’re a thread that seeks to transmit beauty to people that makes them return home with a different perception of life” he explained.

Valencia didn’t stop singing for an hour and a half of the recital at the 2014 Bienal de Sevilla that he used to make his recording “Directo”.  In the presentation he interpreted pregones, tonás, fandangos, bulerías and siguiriyas, and touched on nearly all the forms: soleá, granaína, bulerías, alegrías, tangos, abandolao… One moment he’s sitting in a chair being accompanied by the very Jerez style guitar of Manuel Parrilla, next he’s strolling around the stage pointing with his finger, next, he’s beating out rhythm with his knuckles along with Bobote, Juan Diego and Manuel Valencia, next, he lets himself be inspired by the brilliant creative guitar of Juan Requena who was wonderful throughout the night and received applause for his strums.

And of course, as you would expect, Valencia also belted out some singing for a passionate and intense Canales who, with his expressivity, his naturalness and way of serving up his dancing without contrivances, unleased near hysteria among the audience, and whooping you would expect to hear at a rock concert. 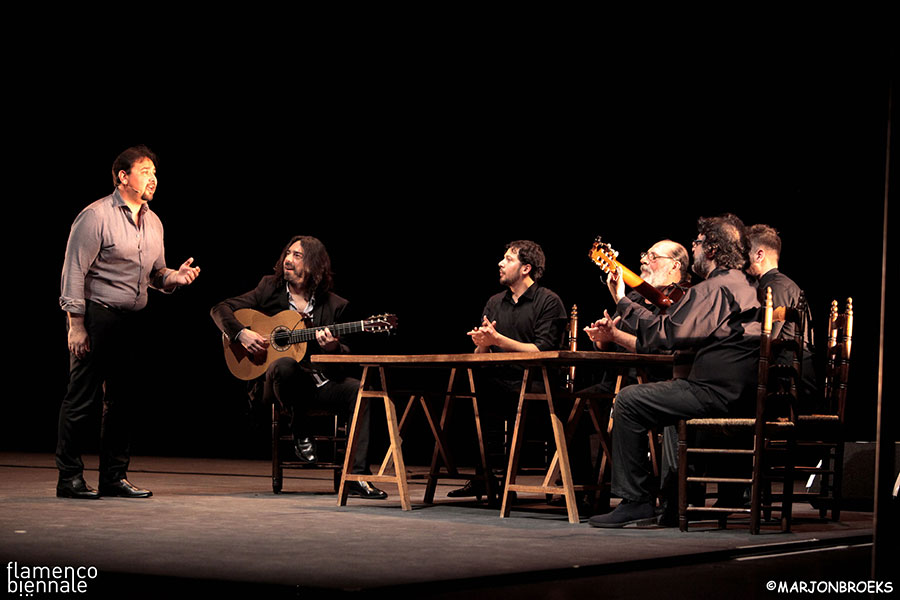 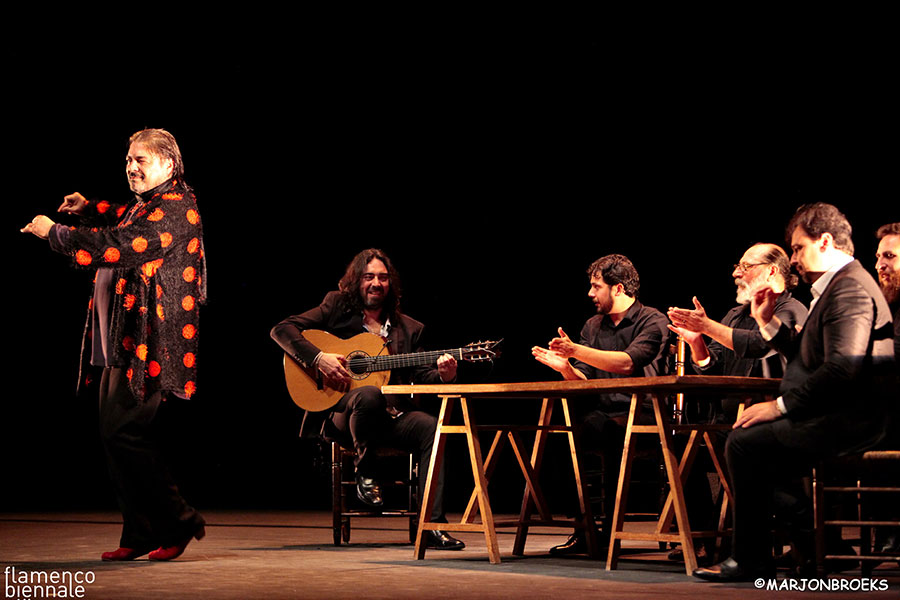 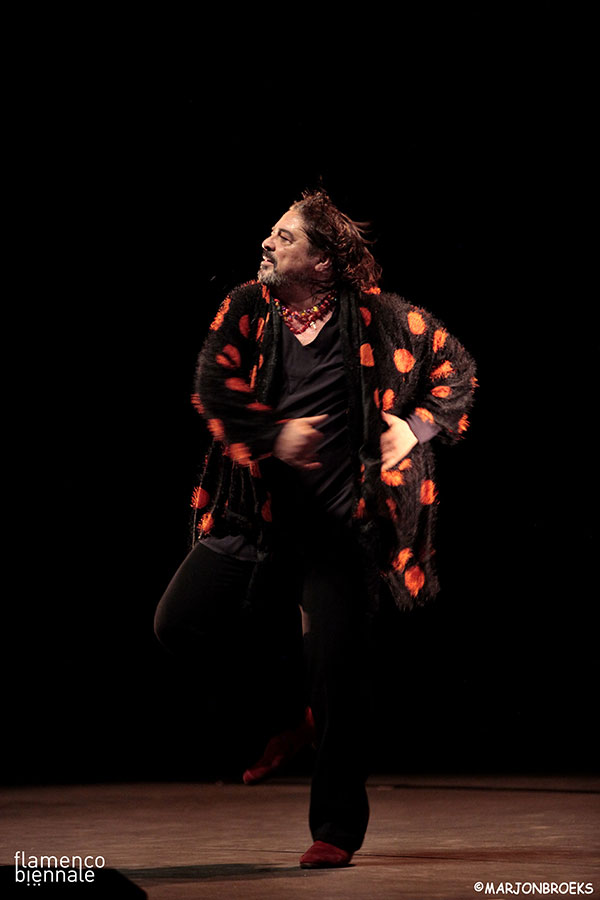 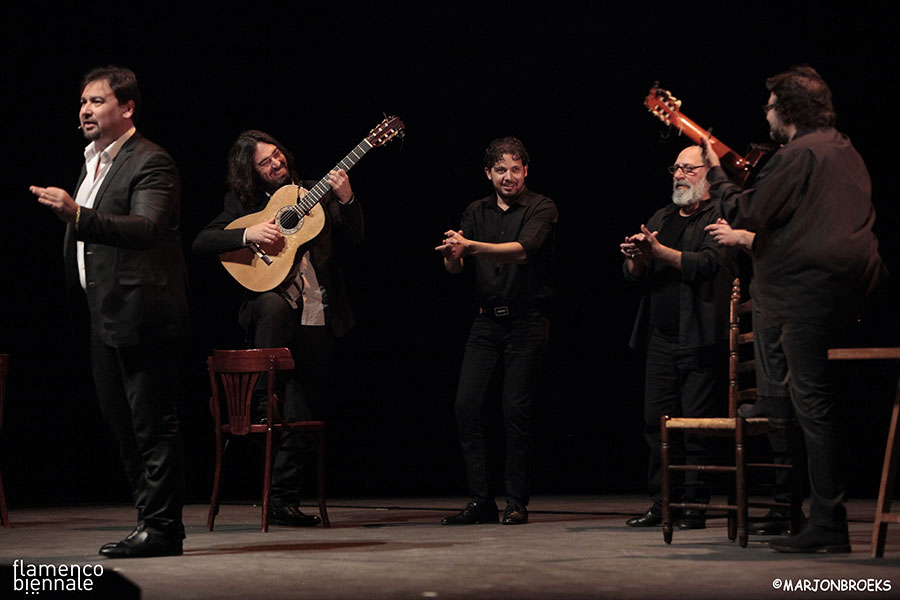 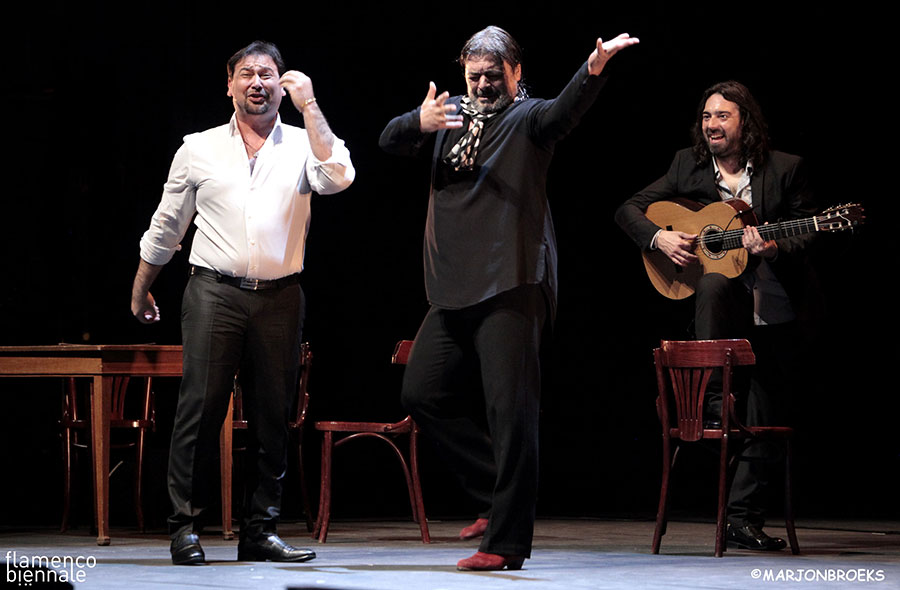 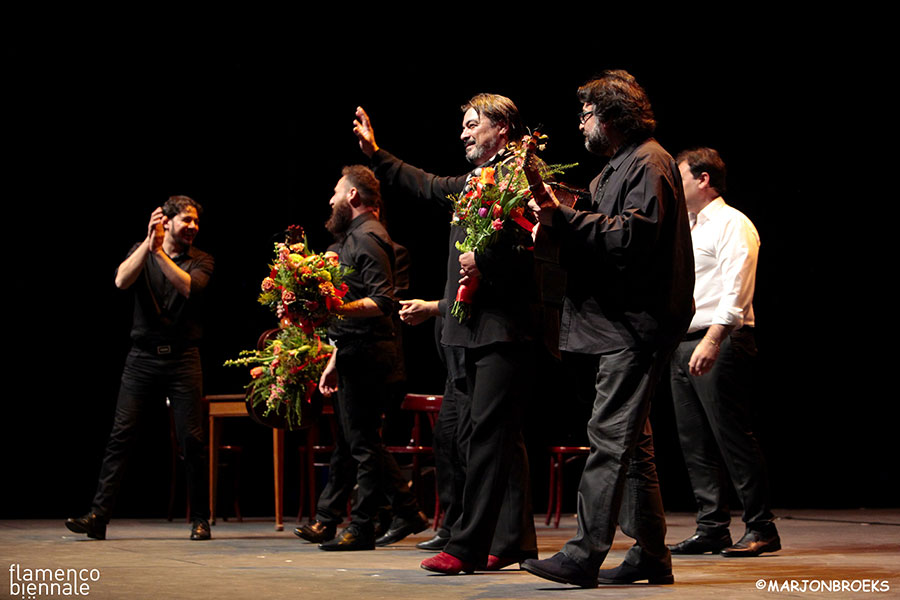