Flamenco of the “interior”, both geographic and human

Thursday at the Nimes flamenco festival began midday with a talk given by José Manuel Gamboa on contribution of France to flamenco, a history of the French fascination with this artform that began around the nineteenth century at a time when in Spain it was frowned upon.  As explained by the speaker, and observed in Nimes year after year, the link has lasted and become even stronger.

At night in the theater, the finest of Lebrija and Morón de la Frontera, two essential elements of the flamenco axis, had their turn, each one with a personal and unmistakable perspective.  In Morón the relaxed air and limited use of harmony characteristic of guitarist Diego del Gastor is the order of the day, while Lebrija has gone more with the intensity and urgency of Jerez and Cádiz.  Which is how the artistic personality of singer José Valencia can be described.  A young but mature artist, Valencia is struggling to make his way as a soloist after decades singing for the top dance companies, incorruptible in his defense of classic flamenco singing.  Don’t expect pop songs from this man.

Winner of the Giraldillo for best singer at the last Bienal de Sevilla, in addition to two earlier Giraldillos, for best singing accompaniment and best newcomer, he came with Málaga guitarist Juan Requena, who also holds the Giraldillo for accompaniment.  With a first recording two years ago, and another in preparation, and having earned the admiration of both peers and flamenco fans, Valencia is enjoying a fine professional moment. His appearance on stage triggered effusive applause, and soon that huge, rich flamenco voice filled the air with cantiñas from Lebrija.  Soleá began well, but almost immediately something went very wrong in his throat, and it was not to have an easy solution.  With his great knowledge of cante, Valencia sought less brilliant tones and styles, managing to get by thanks to his many years of experience.  Malagueña with abandolao, went satisfactorily.  In siguiriyas, the unstable vocal condition added a certain touch of pathos to José’s usual Pavarotti-like delivery.  He then decided, not to quit, but to charge ahead while he was still vocally afloat with a marathon of bulerías and the sole accompaniment of the discreet percussion of Juan Diego and Manuel Valencia, and Requena’s muffled tapping on the guitar.  The singer loosened his tie, and declared: “I don’t want to let anyone down, I’m going to die right here and now”.  He repeated the phrase and it was a powerful moment in which we all felt for him.  He went to the front edge of the stage and put all his cards on the table managing to deliver a long series of classic bulerías with a few small dance bits.  His vocal chords cooperated, and suddenly all that had gone before seemed superfluous. Just to leave no doubt about his intent, Valencia ended this difficult recital with Mairena-style martinetes.

After intermission, we returned to our seats to receive a flood of Morón flamenco through the art of Pepe Torres and his group.

Morón de la Frontera has turned out a surprising number of dancers, and Pepe Torres is currently the leading figure.  He is very much valued by flamenco fans despite his youth, because he cultivates a traditional style, not as a museum piece, but giving new vitality and validity to the forms of Farruco, Rafael el Negro, Pepe Ríos, Paco Valdepeñas, Antonio el Marsellés or even Gineto de Cádiz, all of whom are reflected in his dancing. Pepe had the lovely idea of opening playing guitar himself, por siguiriyas, in tribute to his great-uncle Diego del Gastor.  Following this, tonás and siguiriyas for Pepe’s dance, and a vocal interlude of taranta.

Alegrías was one of the strong numbers of the recital, with the vocal team of Luis Moneo, Moi de Morón, Guillermo Manzano and David el Galli, and the wonderful guitars of Paco Iglesias and Antonio Moya.

A vocal solo of tientos tangos was followed by soleá, the form which most identifies this part of flamenco territory, and a fine bulerías ending.  Pepe summoned José Valencia and his people to the stage, and everything wound into a classic fiesta ending which delighted the audience. 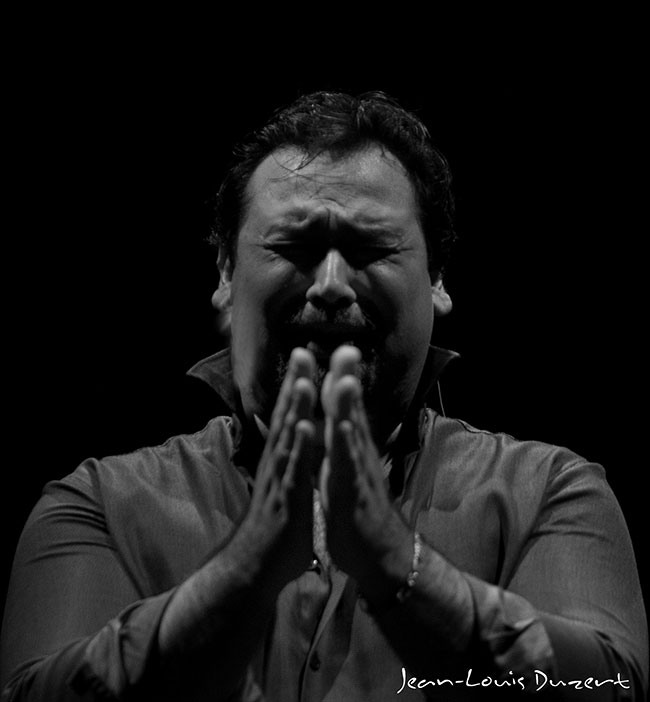 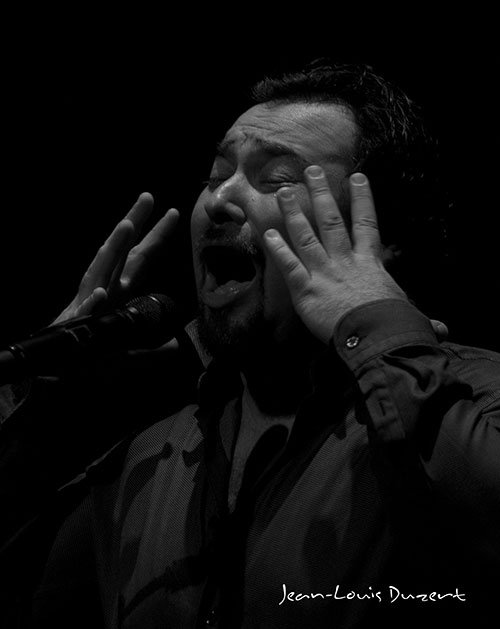 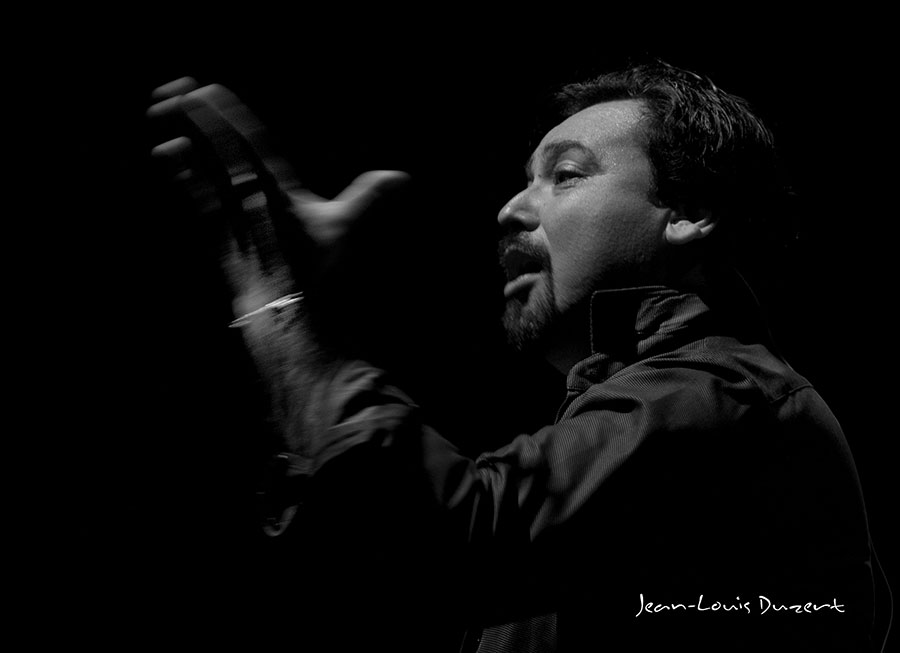 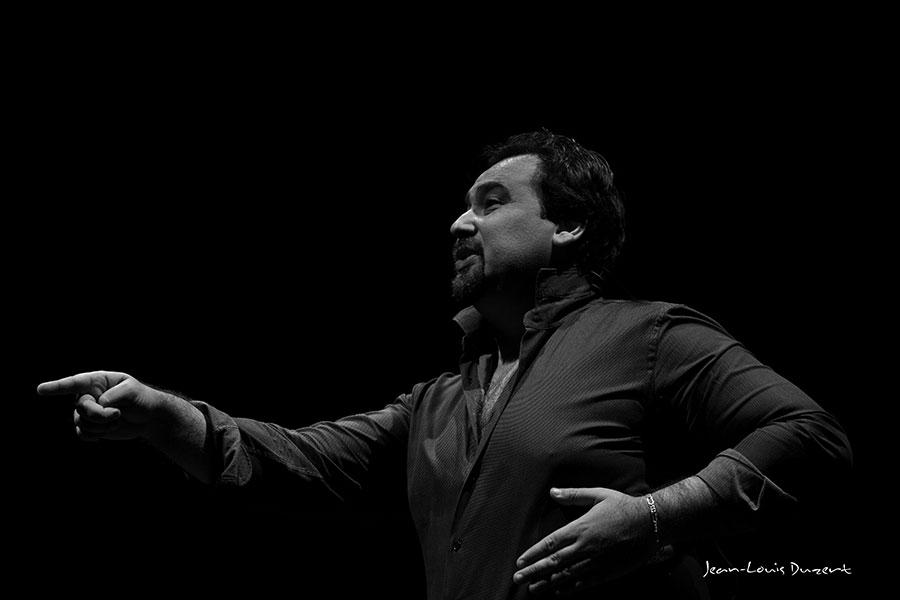 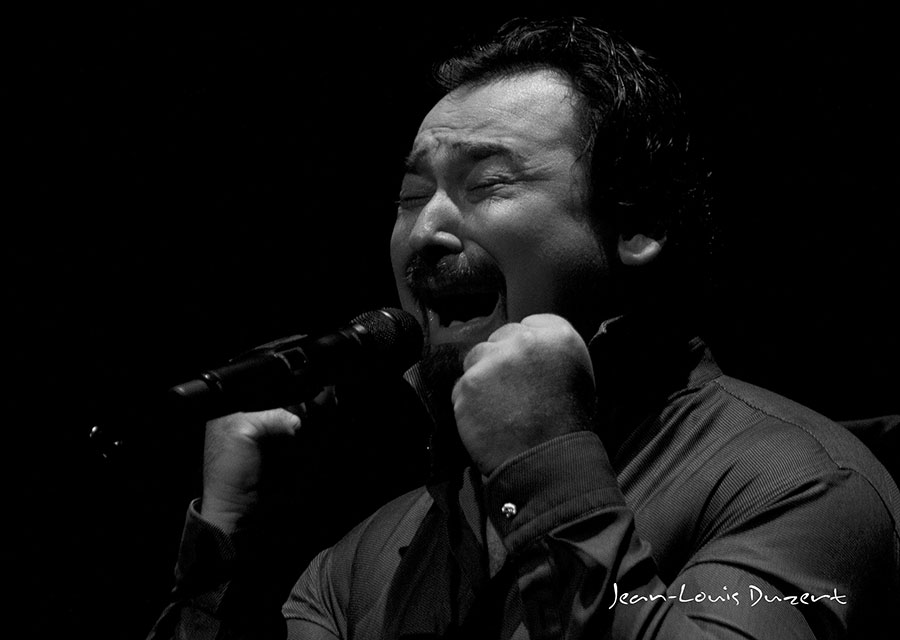 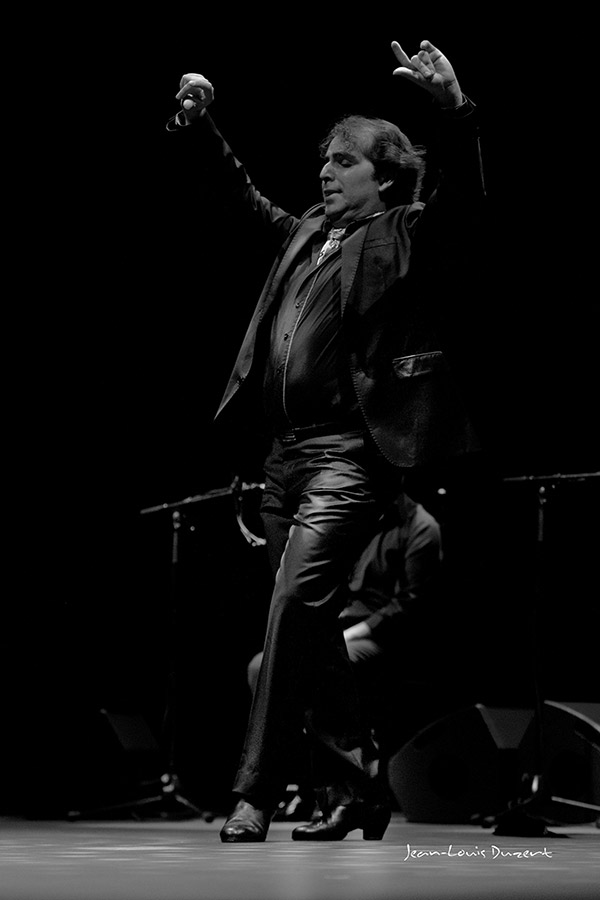 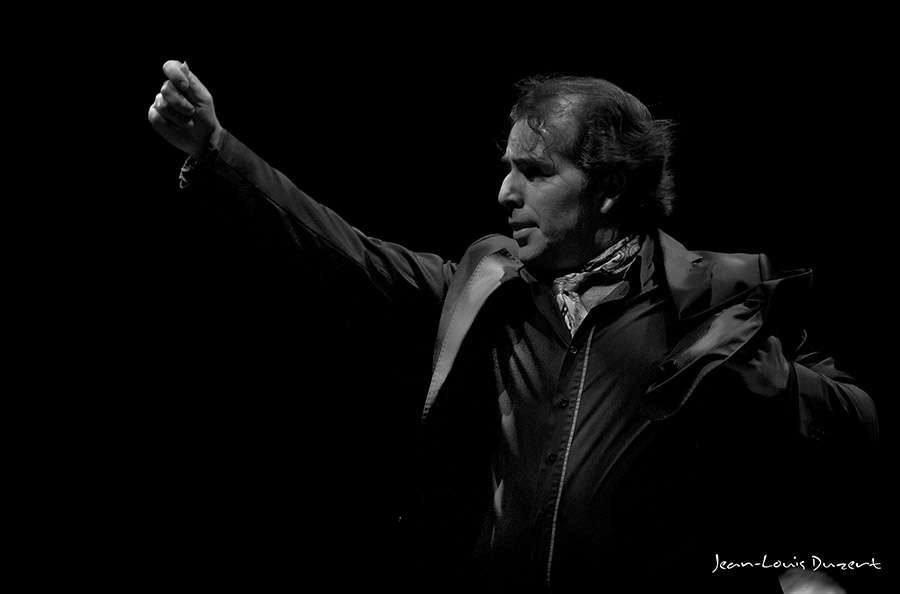 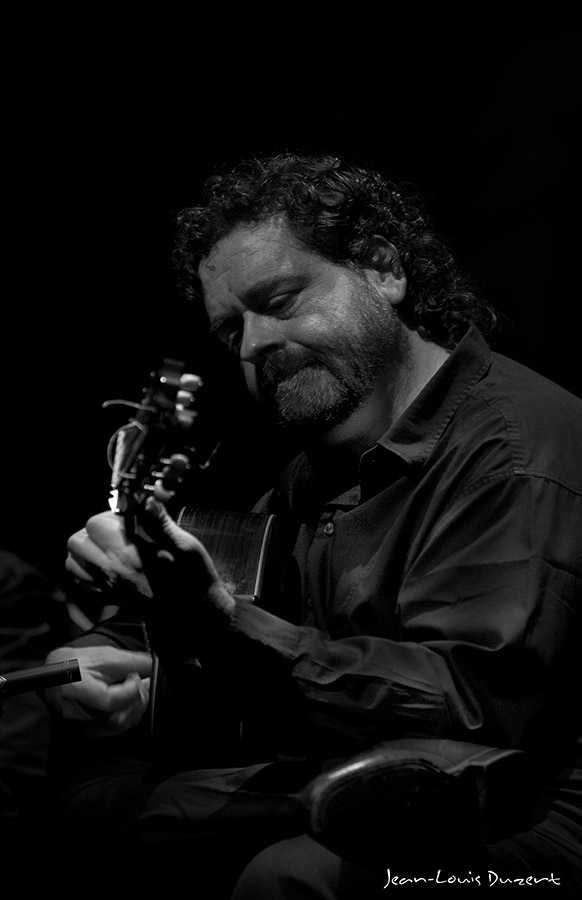 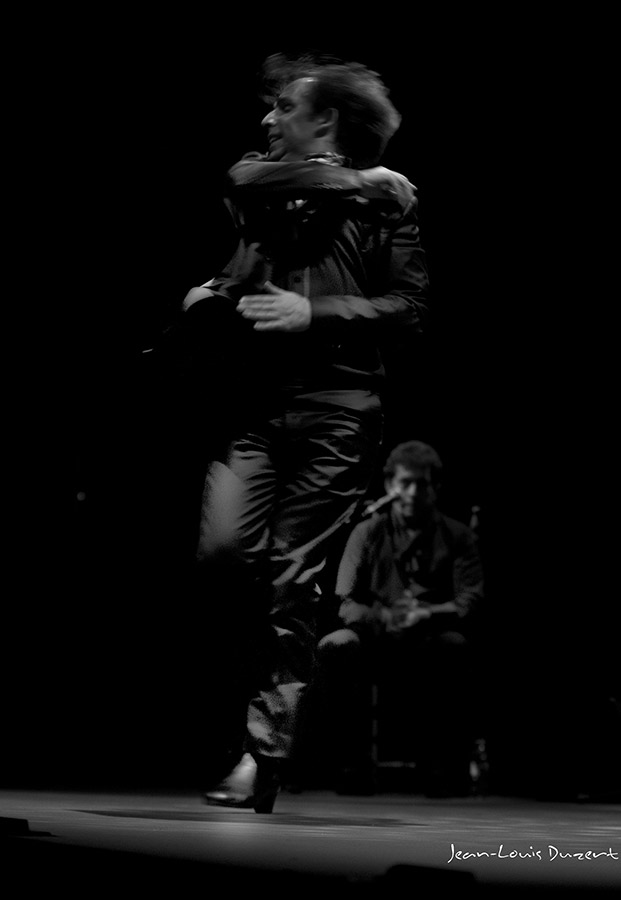 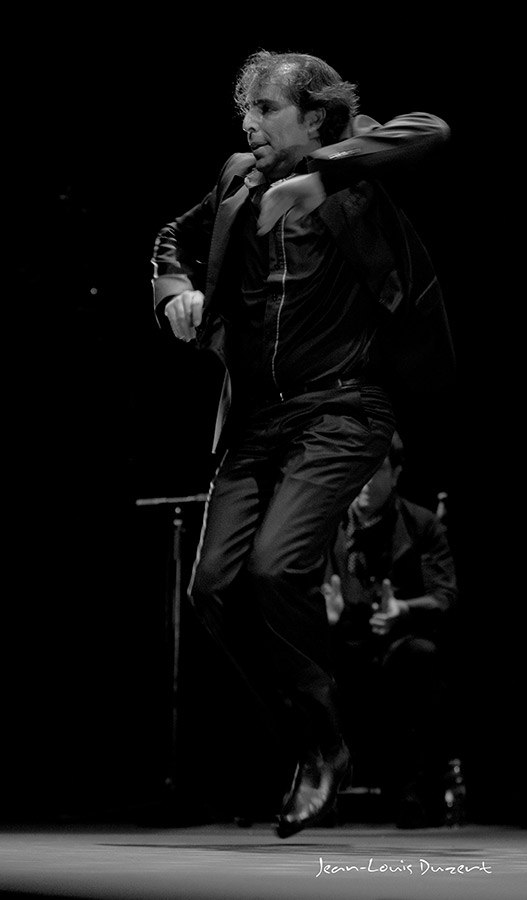 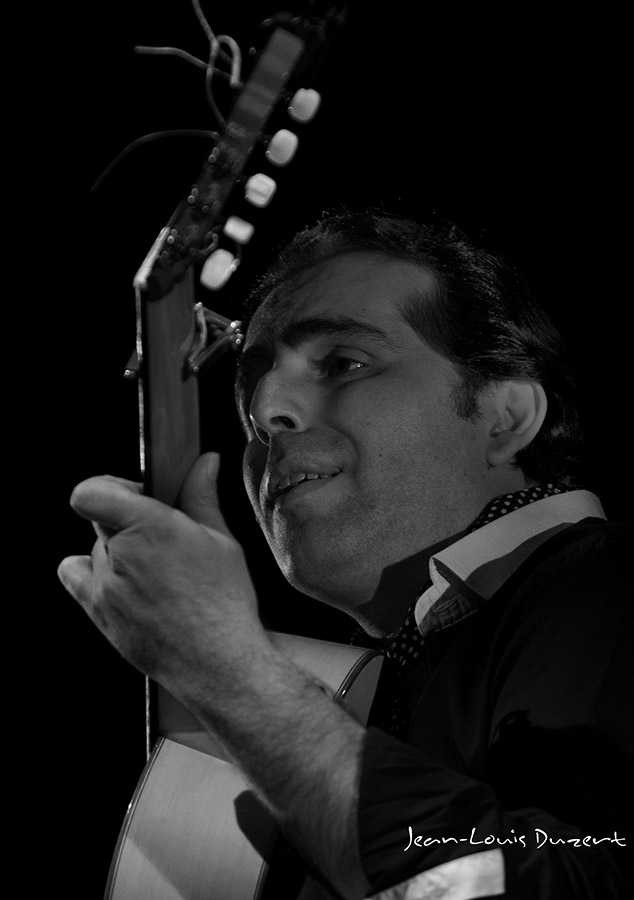