From Granada's Sacromonte to the Villamarta

Due to a medical problem, the much-anticipated appearance of Rocío Molina with her new work “Caída del Cielo”, programmed for the Villamarta Theater, had to be suspended, and from Deflamenco we all wish the artist a quick recovery.  The Festival de Jerez organization quickly resolved the problem substituting Alba Heredia, who presented her show “En Estado Puro”, originally scheduled to take place at the Sala Compañía.

Other artists dream for years of presenting their work at the venerable Villamarta Theater; it was quite a challenge to place young Alba in such a prestigious venue at her age of twenty-two or so.  But despite her youth, the dancer from Granada’s Sacromonte boasts a long résumé, complete with triumphs and honors, including the Desplante prize for dance at the La Union contest.  She was just 5 years old when I met her in Granada on the terrace of the Cueva de la Rocío, and the maestro guitarist Juan Maya “Marote”, Alba’s uncle, looked me in the eye and said “This girl is going to be a great dancer”.

Fast forward to the Festival de Jerez 2017, and the prophecy, fulfilled long ago, continues to be a solid reality.  With the show “En Estado Puro”, a small-format work due to the original intention of presenting it at the small venue of the Compañía, Alba Heredia showed she is more than prepared for the task.  A lot.  She possessed and filled the ample stage with the power of her personality and Granada energy, without the least hesitation, without loosening up one single moment.  The long series of repeated deep barrel turns, the shaking of ruffles, the intent feline gaze, the whole package we associate with Granada…but always tempered by the dancer’s fine theater sense.  In fact, the modification most needed, would be to lower the overall intensity to levels more appropriate to a theater; certain things were overdone, such as flirting with the audience, or the rapid flashing of the house lights at specific moments.  Nothing serious.

The show begins with the projection of a video and audio of the great guitarist Juan Maya “Marote” playing a rondeña that Alba complements, dressed in a white bata de cola, with her free-form dancing.  A round of tonás from the team of singers…Manuel Tañé, Juan Ángel Cortés, Alfredo Tejada and Johny Cortés, leads into siguiriyas danced by Alba with all the Granada fury that the young woman learned to deliver in the cave of her grandmother Salvaora, instructed and counselled by her admirable uncle, dancer Juan Andrés Maya, and Curro Albaycín, that free spirit who represents and defends the heart and soul of Granada flamenco, and who was present in the audience.

It’s not exactly that a star has been born, because Alba Heredia was already shining brightly.  But with this performance she has ascended several levels at a go, and her future looks very promising indeed. 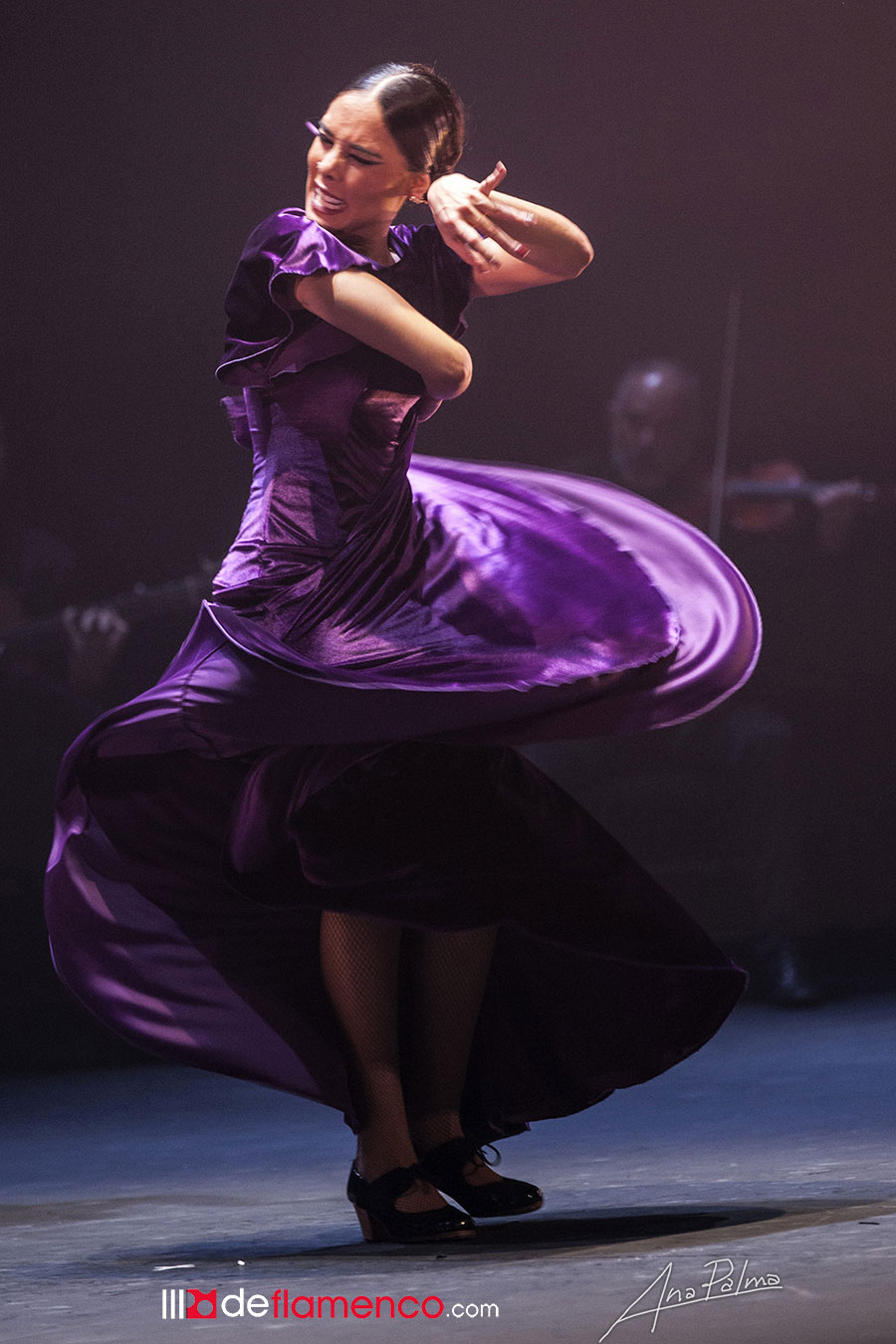