The collaboration Estévez/Paños has yielded some admirable and novel work over the years within this festival.  Both men are great dancers and choreographers, although an abundance of intelligence sometimes subtracts coherence from their creations.  While at the same time, it seems a certain incoherence is sought in order to shake off outdated prohibitions and beliefs.

In this case, the title “Bailables”, danceables, refers to the custom that certain songs are considered apt for listening to, but not to be danced.  If you don't read the program notes, this isn't entirely clear.  What you do see, are ground-breaking concepts, something as simple as the transformation of sevillanas into “cante jondo” via the use of slow motion (in the nineteen-sixties, the Galán sisters explored the possibilities of this path).  Again and again, sevillanas and its derivatives are revisited seeking their transformation, with truly interesting, and even educational results.  For example, the old verse “El confesor me ha dicho que no te quiera”, which has been sung for both sevillanas and siguiriyas, lets us see the nearly limitless possibilities of flamenco song and dance to express a wide range of emotions.

Estévez/Paños show us a dark Lorca-tinted flamenco, but also a light commercial type when Estévez plays an extravagant master of ceremonies in an imaginary venue that could be a café cantante or theater of the era.  Nothing is sacred, everything is possible in this parallel universe.

The four women in the company are magnificent and multitalented: they sing, dance and act with extraordinary discipline.  Some moments which are overly opaque and slow, are compensated with others which are pure genius.  Surprising is Matías López “El Mati” who sings and plays all the music himself.  Fragments of cante, at times only insinuated, others popular…a dizzying diversity that in the end contributes to the beautiful mystery within this work conceived and executed out of the usual box. 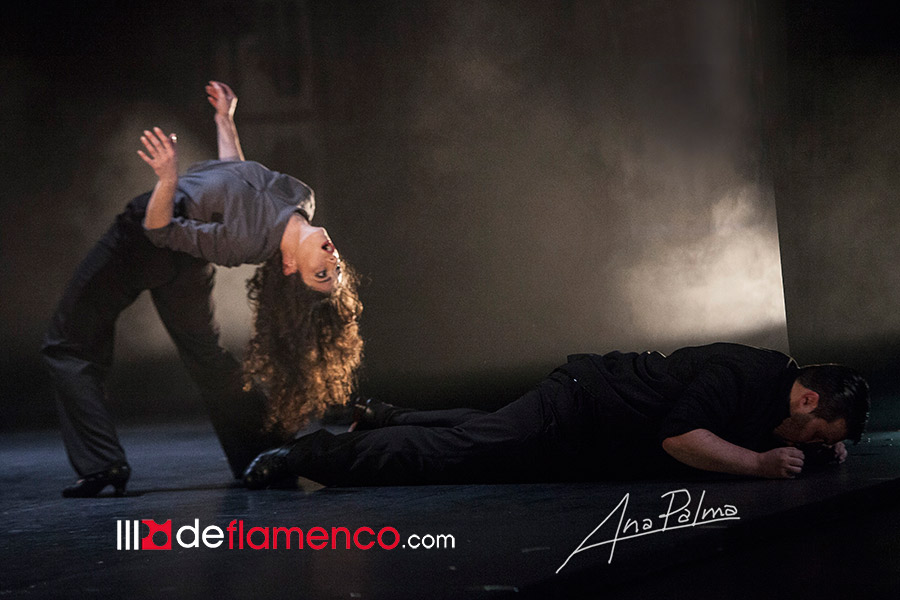