This isn't just any Sunday

The program of the Dutch Flamenco Biennale was even conceived to ward off the Sunday blues.  Anyone who feels like a stroll to get out of the house and enjoy a feast for the eyes, has until March 8th to see the show “Dancing Light” en el Huis Marseille (Amsterdam), a collection of images revolving around dance, with some authentic visual jewels not limited to flamenco.

But on a Sunday morning, you might also feel like being laidback, and not necessarily at home.  And people who had that thought showed up, in huge numbers, at the Willibrord church in Utrecht on the first day of the month to hear flamenco.  A kind of flamenco interpreted by Enrique Solinís and the Euskal Barrok Ensemble with their work Colores del Sur, flamenco with the silence in Enrique's work, which is the way he works, can be filled with anything, as long as it is of high quality. 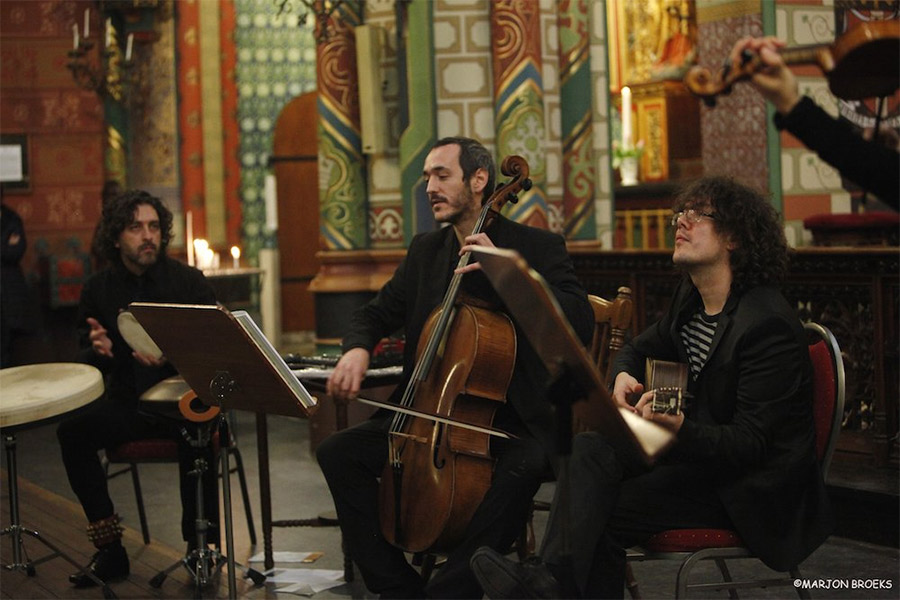 The church was packed full of people who applauded, and crossed all the moral boundaries of decorum you would associate with this type of venue.  Forget it, there's no question about it, the Dutch people have an unstoppable rhythm that not even such an impressive place as this, with its imposing historical decoration, held them back from cheering these musicians led by the charismatic Enrique.  Guitar, cello and baroque violin, along with a lute and some wonderful percussion that even included castanets, made up this group that handily won over the audience.  The musicians even had to do an encore, and at the door of the church they managed to sell more records than the church sold religious pictures. 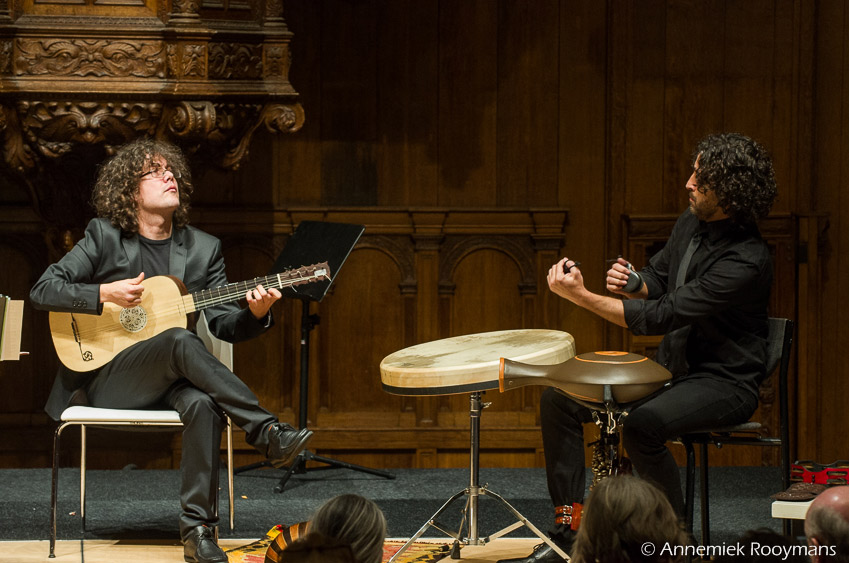 A different kind of afternoon

However, on Sunday afternoon, there was a very different mood at the Bimhuis in Amsterdam.  Because if the morning brought peace and quiet, the afternoon was the moment to shake off the Sunday blues and have a good time.  And it came from Juan Carlos Lérida and Enrique Tomás who showed off the results of their workshop with Dutch students who deconstructed, and then reconstructed a soleá following the non-rules given by the maestro choreographer.  The initiative is called Flamen>GO!, and aims to show the public the work professionals and amateurs alike carry out during their workshops.  In this case, it was the impressive exercise of reflection that revolved around the soleá, the body and flamenco, thus showing that in Holland a lot can be done in this line without anyone looking ridiculous, and without losing the thread.

But where you could really see what the Dutch audience was made of was in the performance of “neder-flamenco” (flamenco from the Netherlands) by the La Fábrica collective who had the bone-chilling voice for dance accompaniment of María Marín, and another from Utrera who lives in The Hague and knows just what's going on.  Patricio Hidalgo, with his ink drawings, accompanied them projecting his video composition made with 16 images of Mario Maya's farruca.  It went over very big, because Patricio has a very flamenco feeling for painting, and in general.  He likes to see and reproduce, and it shows.  And for good measure, there was a pianist who made our hair stand on end, Carlos Ema was just the right touch.

All those present bounced in their seats with the group performance, very prolific by the way.  And it's true there were many relatives and plenty of Spaniards, but even the blondest of them all ended up shouting “ole!” 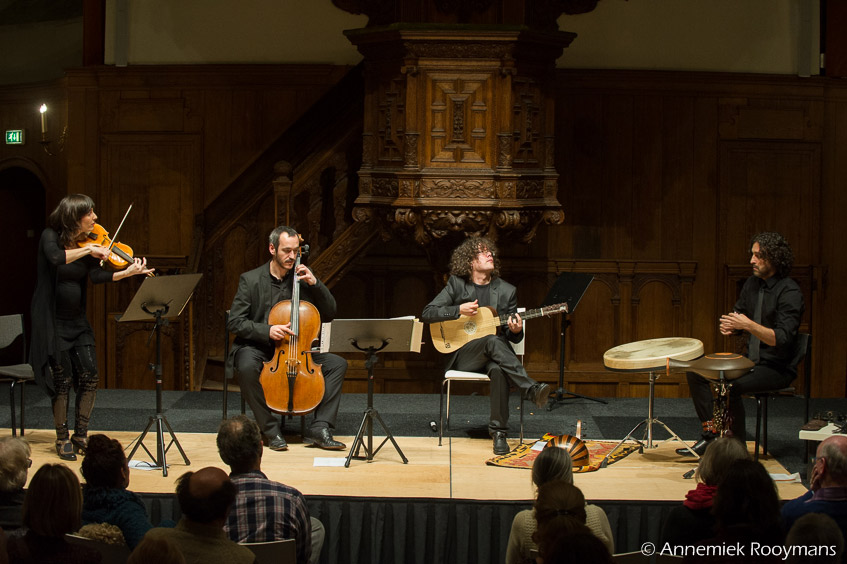 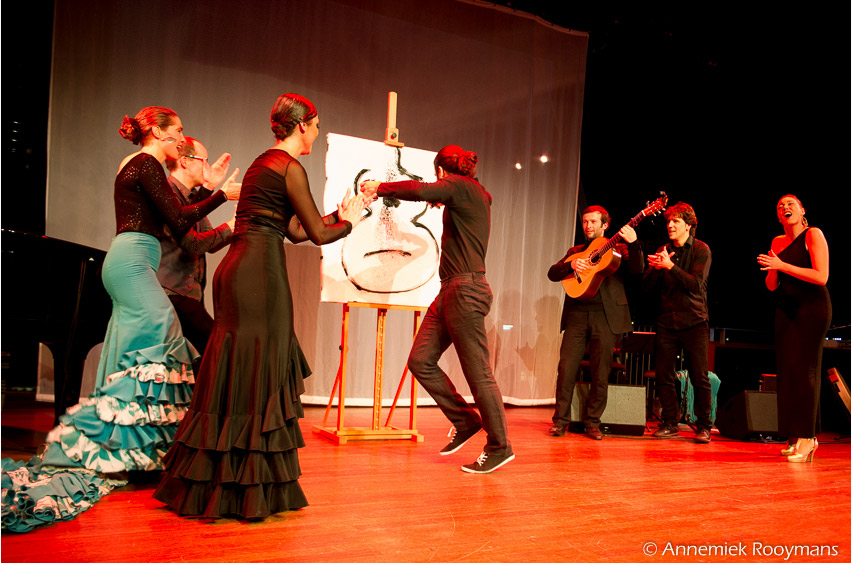 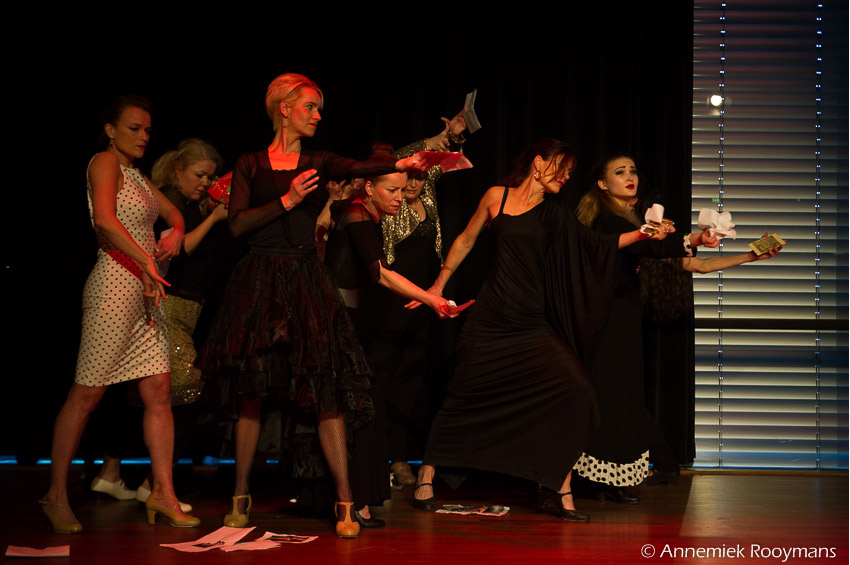 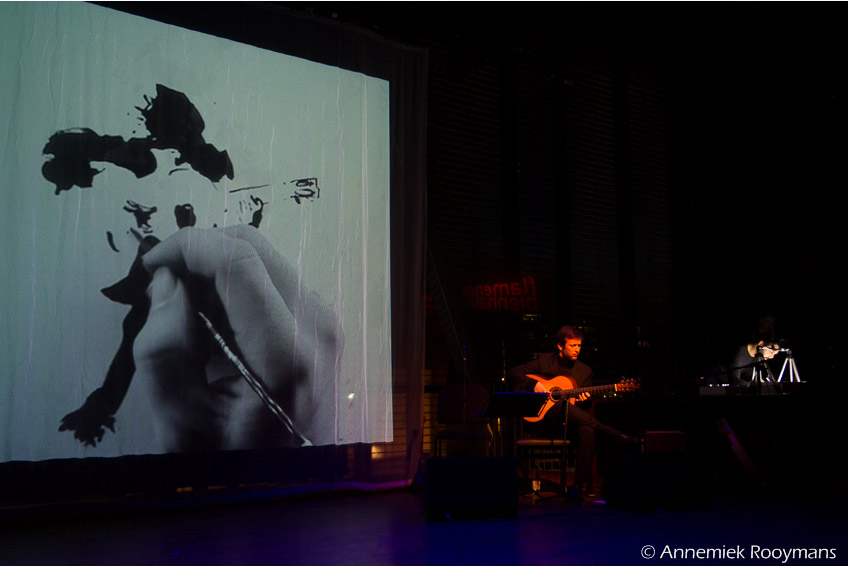 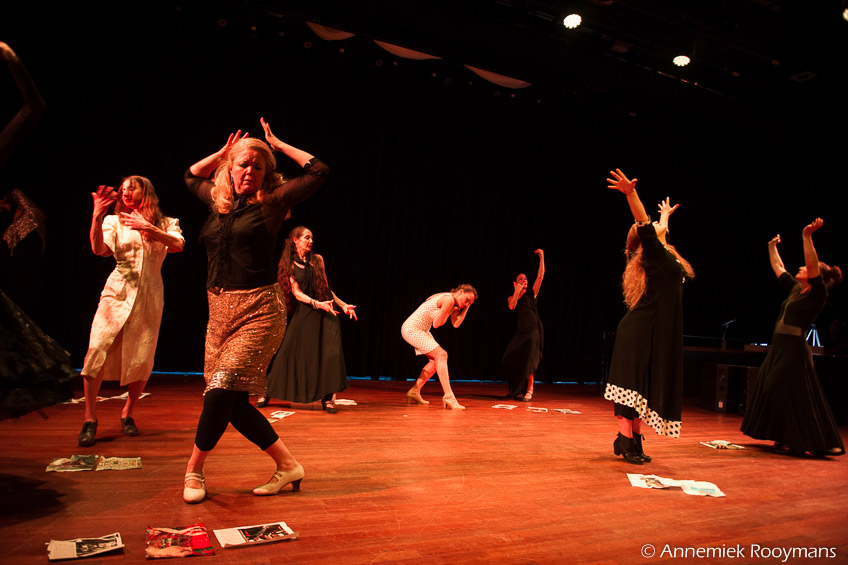