Last night the fourth edition of the Bienal de Arte Flamenco de Malaga got underway, but it was not the huge celebration many of us were expecting.  The best moments did not come from the artists, but rather the institutional tributes, the words spoken on behalf of this art.  At the Teatro Cervantes, one of the greatest artists to come from the land of sunshine and anchovies, the great Cañeta de Málaga, the artists' artist, was honored.  Earlier, Elías Bendodo, president of the Diputación, offered a well-deserved tribute to Cañeta's cousin, Gabriel Campos “El Tiriri”, who recently passed away. 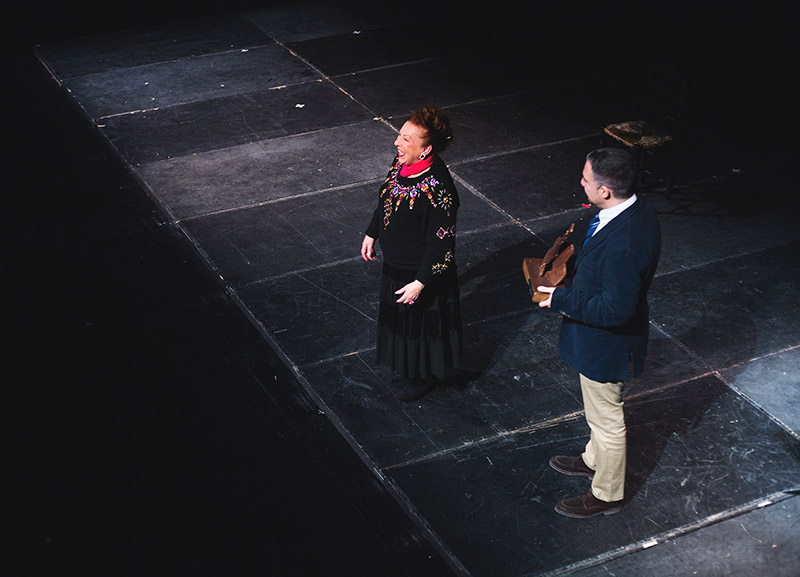 Manuel Curao was the voice of flamenco, delivering a memorable speech about what our art consists of, its true worth and the worth we give to it.  And what a great statement he made: “the children of Andalucía have to know who Paco de Lucía, Fosforito, La Cañeta and El Tiriri are before learning about Mozart and Beethoven”.

Teresa “La Cañeta”, overwhelmed, came on stage, and apologized for having her arm out of commission, and not being able to gesture to the audience.  She then received a commemorative figure from Bendodo.  She ended her short speech with all the artistry that has made her famous, urging the audience to enjoy some noodle soup when the ceremony was over.  The audience went wild with laughter. 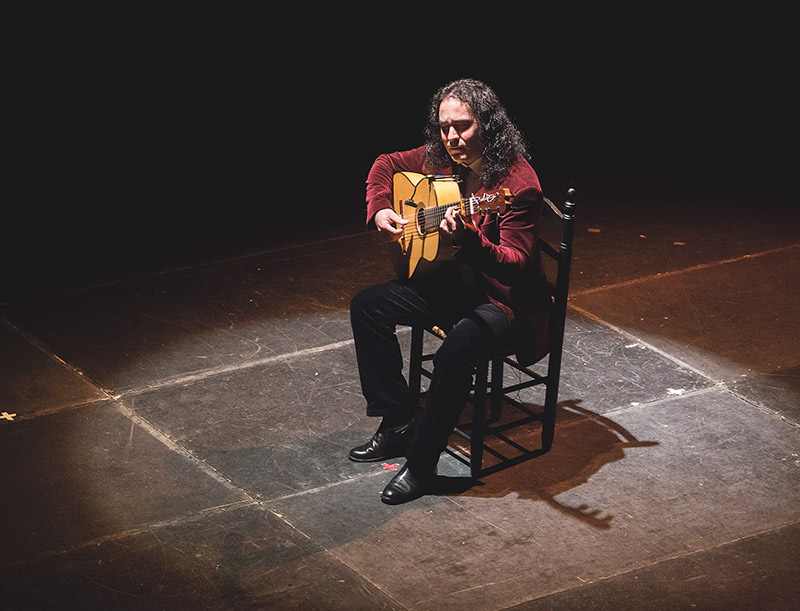 The artistic tribute was handled by Málaga guitarist Chaparro who has so often accompanied the lady from the Perchel,  Chaparro is number one as far as Málaga guitar-playing goes, and he offered two memorable solos: soleá and rondeña.

Then it was time for the first show of this fourth Bienal with Fuensanta La Moneta.  The Granada dancer inaugurated this major event with her show “Paso a Paso”, which she presented in the last Bienal de Sevilla, and in the series Suma Flamenca, which was unfortunate for the Málaga event.  It's understandable that the budget doesn't allow for many world premieres, but certainly the opening of this major event deserved as much.

Aside from that detail, and getting into the artistic evaluation, the show was a bore. Fuensanta is a spectacular dancer with a first-class group, but the show was long, drawn-out and above all, slow.  I was hoping to find a more gypsy Moneta, but came upon the most classical one.  It goes without saying that she is flamenca, no matter what she does, but this function bears important contemporary baggage.  In the opening farruca and malagueña del Mellizo, she gave a preview of what was in store.  The artistic ecstasy of the night was provided by Miguel Lavi with the romance de Bernardo el Carpio, the heritage left to us by El Negro del Puerto.  Miguel triggered shouts of “ole!” from an otherwise cold audience, squeezing out each line, finding the dark flamenco sounds.  With the entire group on stage (singers Miguel Lavi, El Mati and Juan Manuel Tirado; Luis Mariano on guitar and Cheyenne on percussion), we were led through soleá apolá with the excellent collaboration of dancer Javier Latorre.  It was nice to see the maestro dance with the disciple. 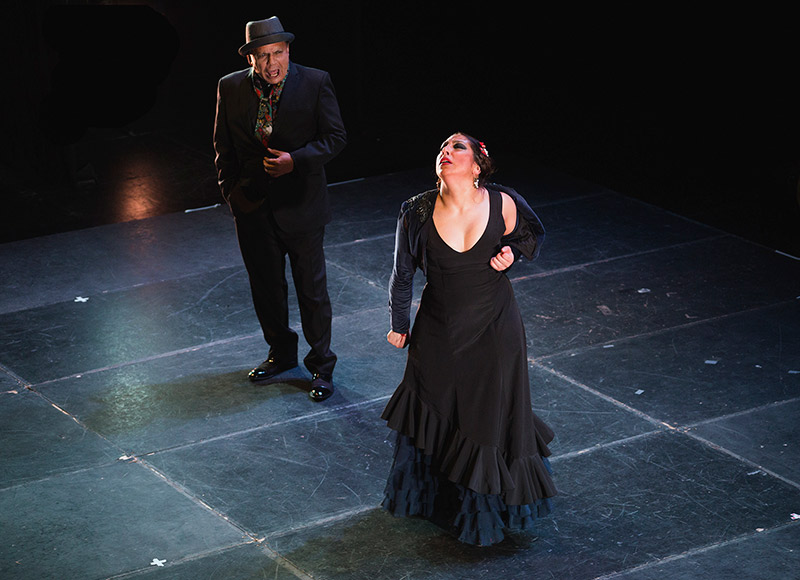 Another moment of the evening was provided by El Pele, a stage-devouring monster. His tonás gave way to Fuensanta's dance of seguiriyas, and they both delighted us with a rapport that was could only be described as total. The Cordoban singer's “reniego” verse is still vibrating the walls of the Cervantes theater. Without a doubt things only got better as the show progressed.  Singer Juan Manuel Tirado sang a Camarón version of granaína ending with the rondeña of Gallina and fandango of Frasquito.

In the final stretch, Moneta was more flamenco than ever.  She sculpted gypsy forms in tientos and tangos, with great expressiveness, ending with Extremaduran jaleos surrounded by the whole group.  El Pele didn't want to forego the opportunity to serve up some songs and do his little bulerías dance which got the entire audience to their feet, and frankly, he gave them a good time in an otherwise monotonous show. 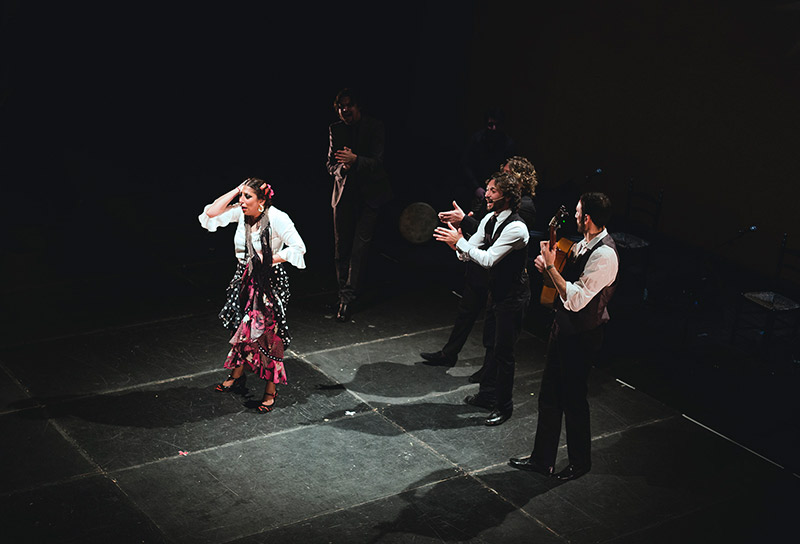 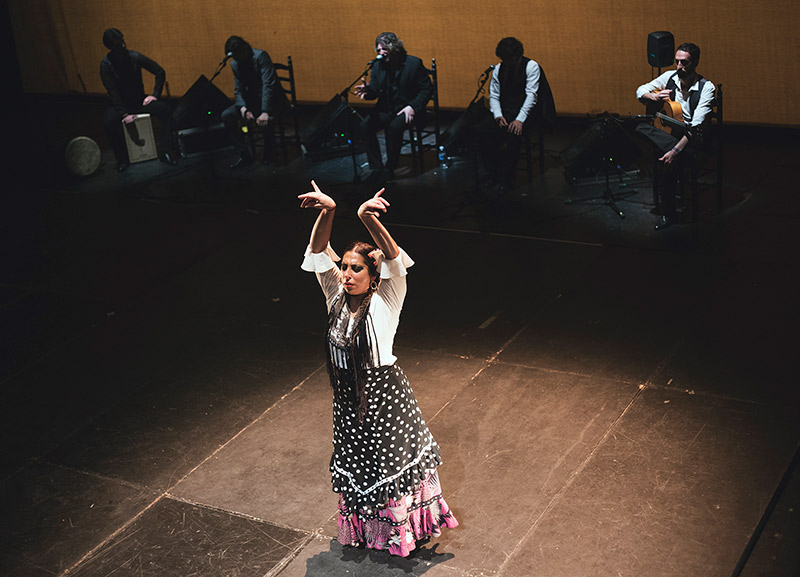 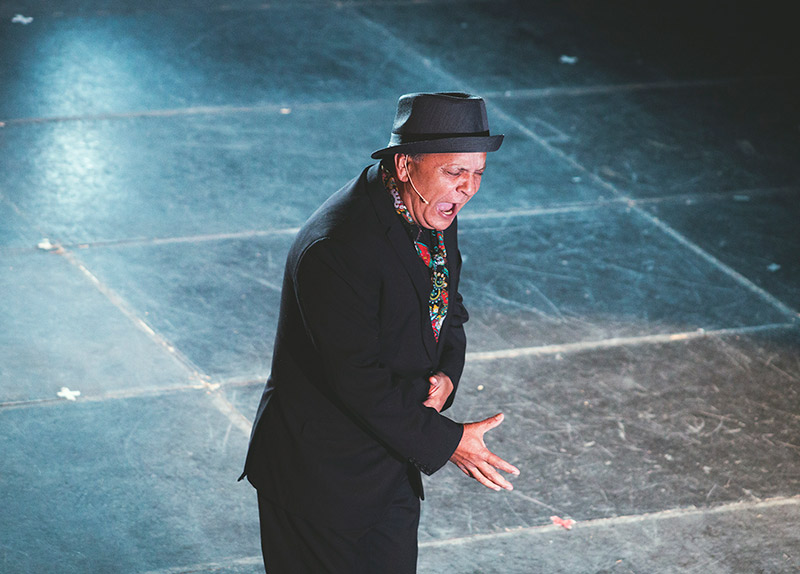