At nine o'clock at the Teatro Villamarta, the documentary “Jerez, 20 Años de Festival”, by Javier Aguilar and Fran Pereira, was shown in public for the first time.  Over the course of one hour, it tells the history of the Festival through fragments of performances, and declarations by artists and critics.  Following this, the prizes corresponding to last year's festival were awarded: Critics' Prize for Best Show to Israel Galván for “Flaco-men”, to Mercedes Ruiz, the audience's prize for “Ella”, to David Lagos went the prize for Best Singer for Dance Accompaniment, and Best Newcomer went to Málaga dancer Luisa Palicio. 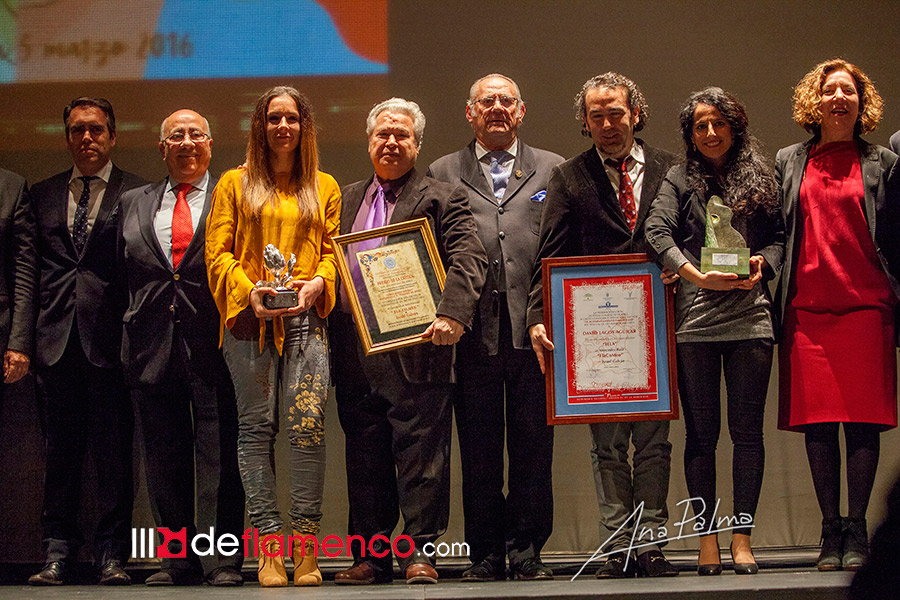 Two dancers, from Jerez and Córdoba respectively, shared a dance recital at midnight in the Sala Compañía.
I'd seen Beatriz Morales in the Viernes Flamenco series a couple of years ago.  It's funny how sometimes the most insignificant details mark the difference between genius and failure. On the previous occasion, I remember having thought this dancer was trying too hard to please, with a result that wasn't at all convincing.  But now, what had seemed like tics, came off as stylization that approached genius.  Last night I understood Beatriz Morales' objective, and the merit of risk-taking in everything she does.  She doesn't always get it right, but precisely for that reason you don't want to glance away, because she's capable of extraordinary details at any moment, taking constant readings of her own essence.  She is original, creative, brave and most of all, flamenco.
Five voices, two exceptional singers, Enrique el Extremeño and Luis Moneo, in addition to a chorus of three females with lots of flamenco flavor, supplied the vocal backup that fuels the classic contemporary dancing of Beatriz Morales. 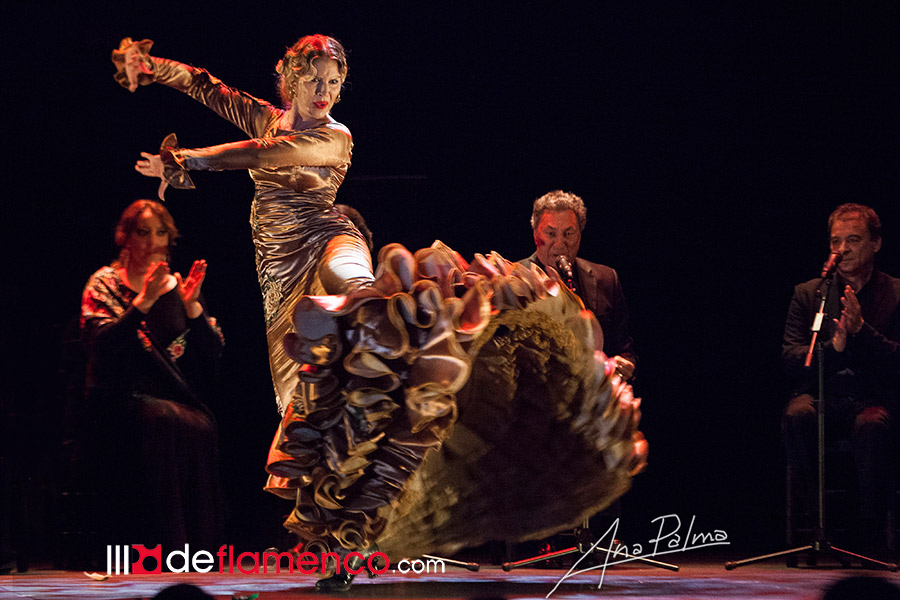 The second part of the recital brought the contrast of another evolutionary path in flamenco dance in the person of Carmen la Talegona.  This is an experienced dancer, having done time in the companies of Manolete, Blanca del Rey and Rafael Amargo.  With feminine elegance she expresses the geometric school of Belén Maya and others who have taken this route in the new millennium of flamenco dance.

She came with young but noteworthy back-up musicians: singers, Juañares, Gabriel de la Tomasa and Roberto Lorente, and the guitar of Antonio Sánchez.  It's nice to see how today's dancers seldom deprive themselves of having several singers; years ago even large companies got by with a single voice.

La Talegona began in trousers for a farruca, a form which is popping up in a lot of shows in this festival.  A well-executed soleá goes on for too long, contradicting the reference in the show's title of “mu' cortito” (very short).

Two interesting women, two young perspectives for the continuance of our beloved flamenco. 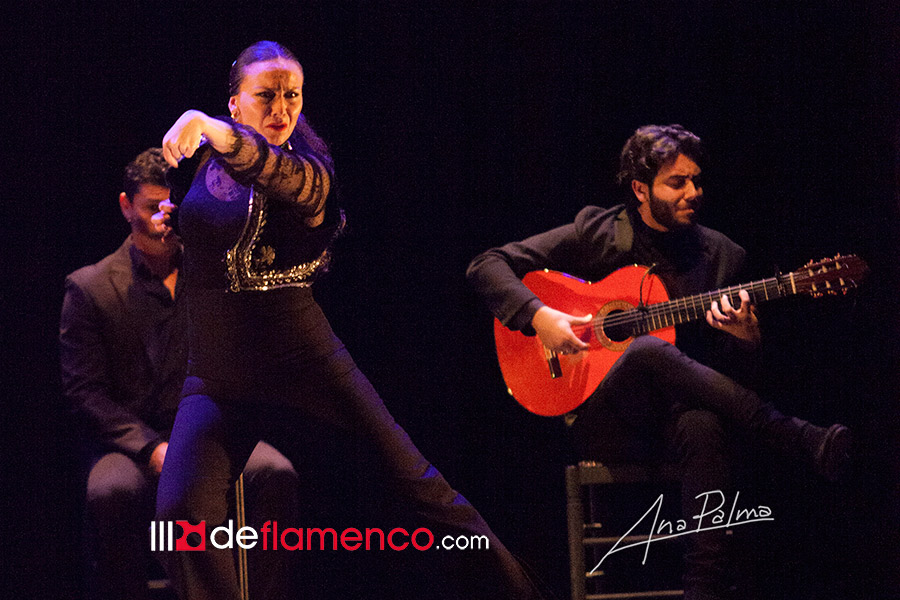