It seems strange that a big star such as singer Arcángel should be “relegated” to the Sala Compañía, the Festival's intimate theater for dance.  Or perhaps it was just fine, because this man's singing has an intimist character.  He doesn't serve up fireworks, or a histrionic delivery, but rather his product is sincere and cerebral, a path of searching and investigation.

For more than an hour-and-a-half, Arcángel delivered his personality through this work that has autobiographical intentions.  Pregones with compás + fandangos naturales + soleá with classic verses and styles + granaína + abandolao + tangos, just like that, with no break in between, and it's just fine.  Flamenco singing as generic music, with natural transitions, and no need for all the applauding and bowing between numbers.

A guitar solo by Dani de Morón follows the rhythm marked by the Mellis, who keep everything on an even keel right through the musical experimentation of the young guitarist from Morón de la Frontera.

Alegrías cantiñas, with which this singer always does a fine job, and the enthusiastic audience doesn't let him off without an encore of fandangos de Huelva. 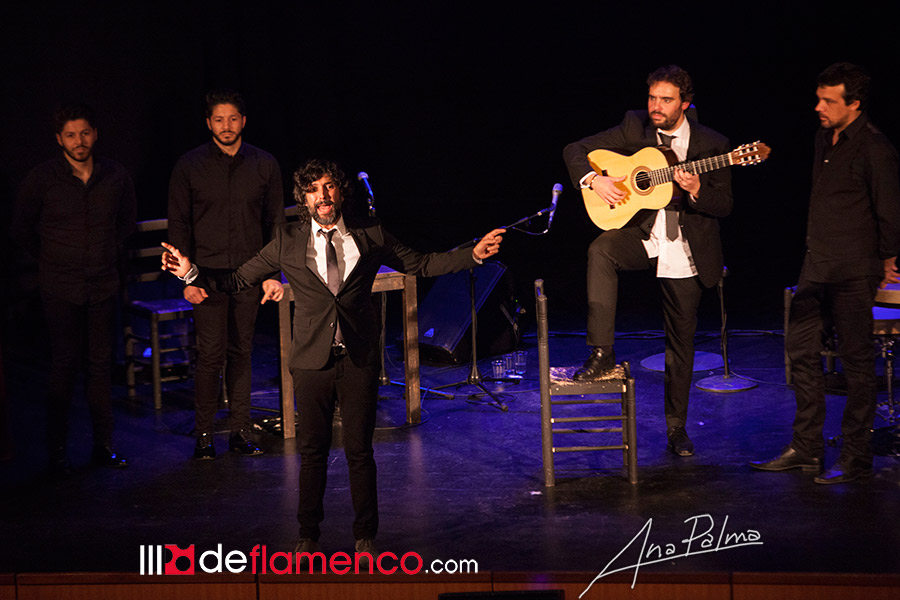