For those who don't give up easily, the last show of the main program was a guitar recital by the popular Diego del Morao, already an institution in Jerez, just as his father Moraíto was.

The range of playing styles dominated by Diego within flamenco, is surprising.  When he wants, he is the perfect portrait of his father, with all the Jerez sound that implies.  But at the drop of a hat, he represents the most contemporary flamenco guitar, year 2016, idol of young guitarists.  And of course he covers the range of possibilities between one extreme and the other.   His recital at the Sala Paúl  probably reveals his most natural musical delivery, namely, a little bit of everything, because his background from the traditional dynasty of the Morao dynasty, in addition to contact with young musicians with experimental tendencies, makes up Diego's artistic personality.

Nearly the entire recital was based, one way or another, on bulerías, the all-purpose rhythm that unleashes the mental landscape of Jerez flamenco musicians.  Even siguiriya, taken at a clip, and with the sixth string lowered, ends up sounding like bulerías.

Important collaborations put the icing on the cake: Diego Carrasco, the multi-purpose Mr. Flamenco in Jerez, and the beloved Juana la del Pipa.  What better way to close out this great festival until next year… 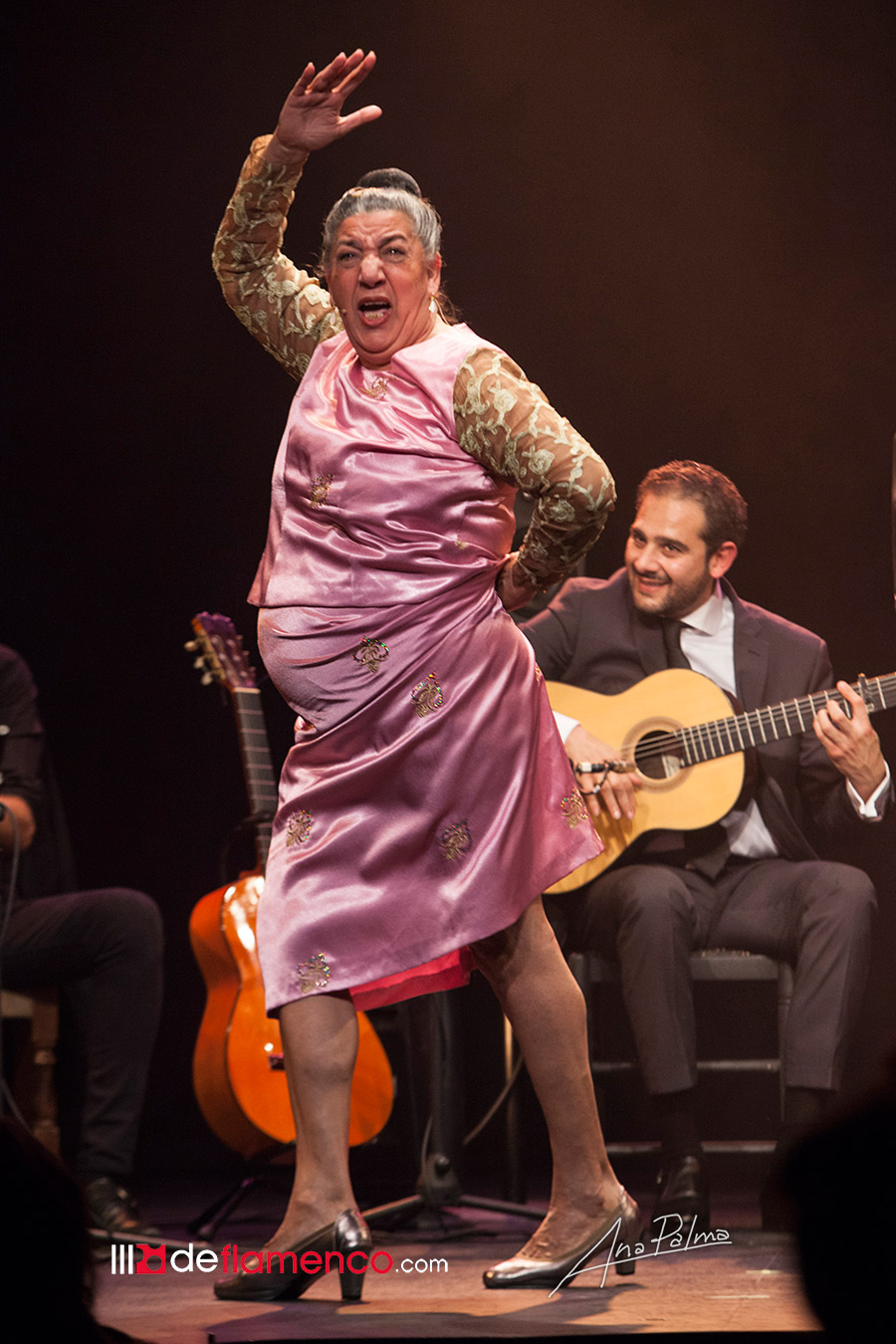