Vicente amigo launches his single called Roma from what will be his new album TIERRA to be released February 19th.

The new work will be debuted at the prestigious festival Celtic Connections in Glasgow on January 18th. 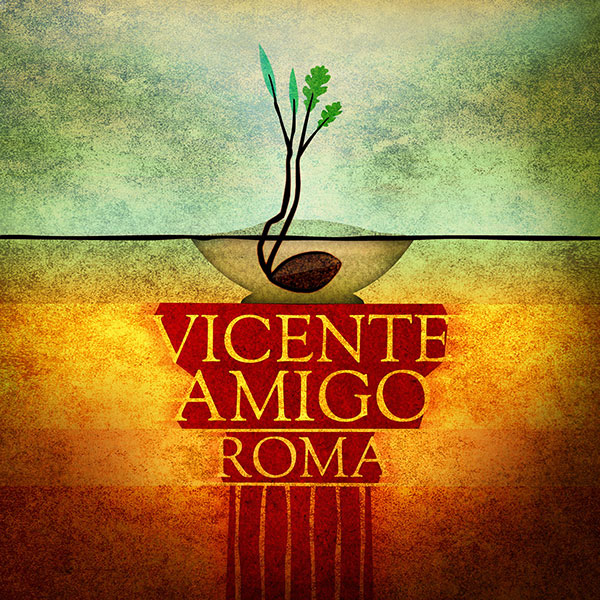 “I have high hopes for Tierra, because it’s a positive message we’re offering to the world.  It is a search for beauty, and an embrace for the world” says Vicente.

Vicente Amigo, who won a Grammy in 2001, went to London to record with musicians of Dire Straits and others, to offer an exceptional album in which flamenco makes contact in a natural way with other kinds of music, opening pathways without losing substance, keeping the inspiration of southern Spain alive while wrapping it in Celtic sounds that weave light and shadow to create something new.

All the pieces on Tierra were composed by Vicente Amigo and arranged by guitarist Guy Fletcher.  This is the seventh studio album of the Córdoba guitarist born in Seville, and his most universal work to date.  The essence of flamenco is there, but it incorporate new and different sounds that situate Vicente Amigo’s music in a broader orbit than orthodox flamenco, yet always with inspiration faithful to the roots, and the virtuosity that has been his trademark since his debut album in 1991.

You can listen to “Roma” here:
https://soundcloud.com/sonymusicspain/roma-vicente-amigo