Noche Blanca of Flamenco de Córdoba with the AVE

To go to Cordoba and enjoy the Noche Blanca of Flamenco, you don?t need to purchase any tickets, all the shows are held in the plazas and streets of the city, but you do need to get to Cordoba.

For this very flamenco night, the Renfe train company is offering discounts of up to 70% on tickets for the AVE high-speed train from June 19th to 25th with their campaign “Descubre Cordoba”.  To go from Barcelona, Tarragona, Lleida, Zaragoza and Valencia can work out to just 25 euros, so there is little excuse for not organizing a visit to beautiful Cordoba.

The Noche Blanca del Flamenco in this way has yet another good reason to attract visitors to enjoy the best flamenco in the streets and plazas of Cordoba, thanks to Renfe’s promotional campaign which offers discounts of 30 to 70 percent for tickets on the AVE and Talgo trains for travelers from Barcelona, Camp de Tarragona, Lleida, Zaragoza and Valencia.

This series of promotional activitites is included within the campaign “Descubre Cordoba” (discover Cordoba), and applies to tickets originating in these five stations with destination Cordoba during the days June 19th to 25th.  The objective is to link the attraction of the Noche Blanca of Flamenco to the numerous train trips expected during these days in Catalonia which celebrates the festivity of San Juan on June 24th, with the application of reduced fares on the high-speed route.

On June 21st the Noche Blanca del Flamenco reaches its seventh edition with ten stages distributed throughout the streets and plazas of Cordoba that will receive the shows of Sara Baras, Niña Pastori, José Mercé, Arcángel, María Toledo, Tomasito, Diego Carrasco and the winners of the Concurso Nacional de Arte Flamenco de Córdoba.  Once again all the shows are free of charge on a night that will go on until dawn and will pay special tribute to guitarist Paco de Lucia.

All the information about the Noche Blanca del Flamenco in Córdoba: 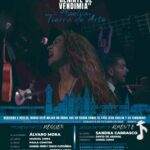 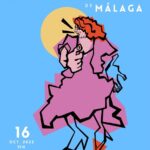