At the Bienal de Sevilla the artist is presenting a work linked to the present in which there will be surprise collaborations.

“What's left of Germany in you?”  The question is directed at Eva Yerbabuena who, upon hearing it, lets out a laugh and a sigh. “You don't make it easy for me” she says, while looking for an answer.  “Your first oxygen is important: I think that's where I took stock and learned to be strong”.  She follows the thread, and comments that from Granada she got the magic and the romance, and she has no doubts when asked to choose between giving or receiving classes: “I prefer to give them because then I'm also learning”. 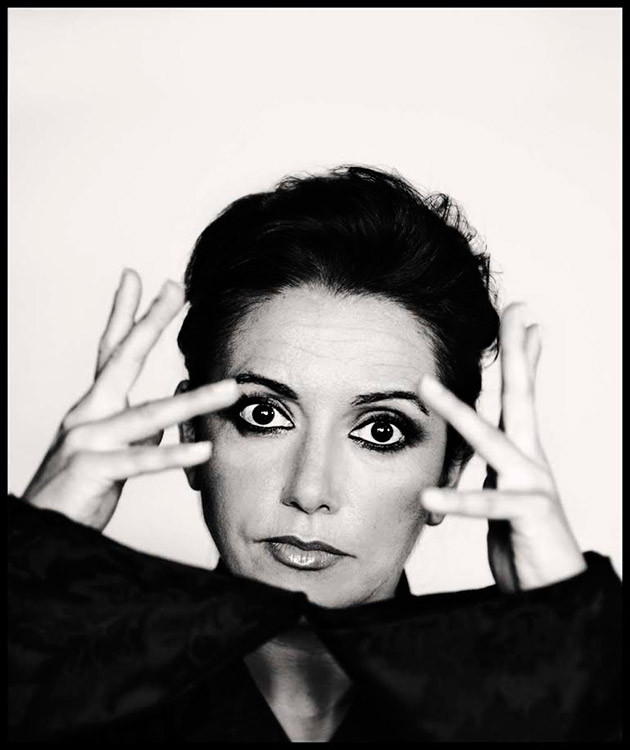 Eva Yerbabuena speaks in a jovial manner as she rehearses the show to be presented on September 12th at the Teatro de la Maestranza for the Bienal de Sevilla.  She reservedly explains what it's about.  It's not easy, but she takes it on.  “No sooner are you born, they stick you with an identity, your mother dresses you in a certain way, and you're attributed with a role you didn't choose.  And your personality becomes limited”.  It's no small thing she's saying, and she goes so far as to dance it.  In “Apariencias”, Eva Yerbabuena without a coiffure, like a man, no hair-combs, with shawls and without, without her hair in a bun or other encumberments.  It's her thirteenth show, and she admits there's something inevitable about it.  As if all the others had been a path to arrive this far.

The dancer cites Nietzsche by heart from a book given to her by a friend: “Freeing ourselves of everything computerized is to reach our essence”.  She's not afraid to cite others, she shows she has a good memory and uses it.  And that she doesn't want to forget. “In my show there are references to current events, to the refugees, the speed with which everything changes, the importance of appearance over essence”.  She claims to be committed, and although she assures us she learned from Mario Maya how to be inquisitive, she now cites her only teacher as “time”.  “The students are the children” she responds with an answer she barely needs to mull over.

Neither curls nor hair-combs…a head

During the interview, Yerbabuena cites important names: Bach and Béla Bartók for example, and she admits she likes to write, and would like to dare attempt a book, but feels too green.  Eva laughs, and the laughter breaks with that image, which is pure appearance, that we see in the photographs: two enormous dark eyes, and a serious demeanor.  There is no severity in her voice, nor are there lessons.  The thing is, Eva thinks.  She doesn't want curls or hair-combs, she wants a head.  “In my dancing, I'm always looking for a balance, not the extremes”.  She says she is uncomfortable with pure white and pure black, and that she looks for harmony, because she is searching for reconciliation with her dancing, not rebellion.  Whether or not she is mistaken, no one knows, but in her way of doing things, thinking and speaking, there is a thread of coherence, that virtue that some believe is a game.

Yerbabuena danced to Zurbarán in “Persuasión y Devoción”, her 2013 show in which she tried her hand with barroque music.  And she's the same person who took a stroll through her gender in “Cinco Mujeres”.  She may seem stubborn, but she is merely strong.  After speaking for a while, she warns that what she's saying isn't carved in stone, but rather represents doubts in movement.  But she's not afraid of them.  “I can't make my head be still” she suddenly says, and other shows of hers come to mind: “Ay” for example, and “Lluvia”, shows in which Eva goes hunting for the most difficult game of all: in search of humanity.

“We live in total contradiction, in flamenco as well, they talk about 'pure', and it's the most impure art-form there is”, says a woman who claims to love the mixture.  That's why in “Apariencias”, her singers are Alfredo Tejada and José Valencia, but also Alana Sinkëy, a singer from Guinea-Bissau whom she defines as “beauty”, and reveals there will be some surprises, but gives no hints.  “You were born old” says the dancer she was told by her grandmother, and she recalls a phrase of Macedonio Fernández. That one from “Adriana Buenos Aires” that said “the world was invented old”. And that's the globe, changing, swiftly and extremely old, as danced /thought by Eva Yerbabuena. 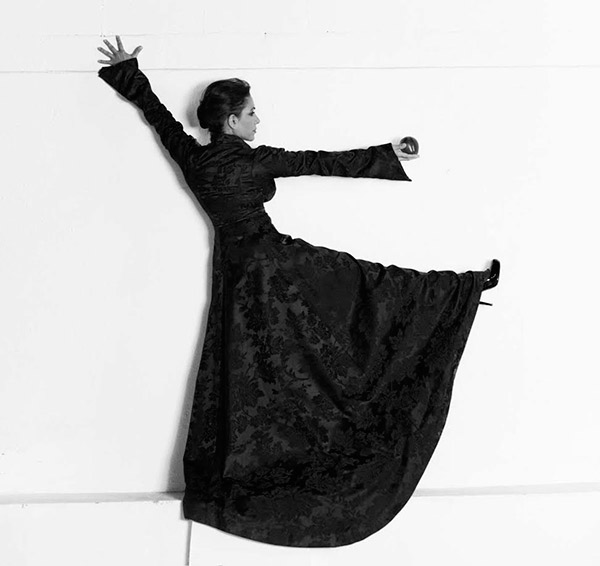 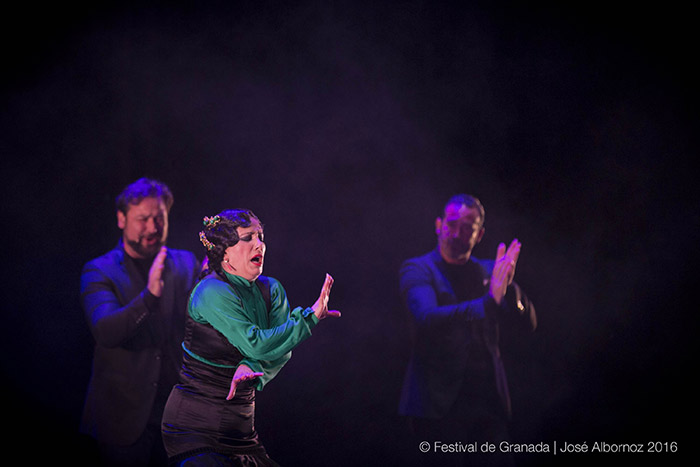 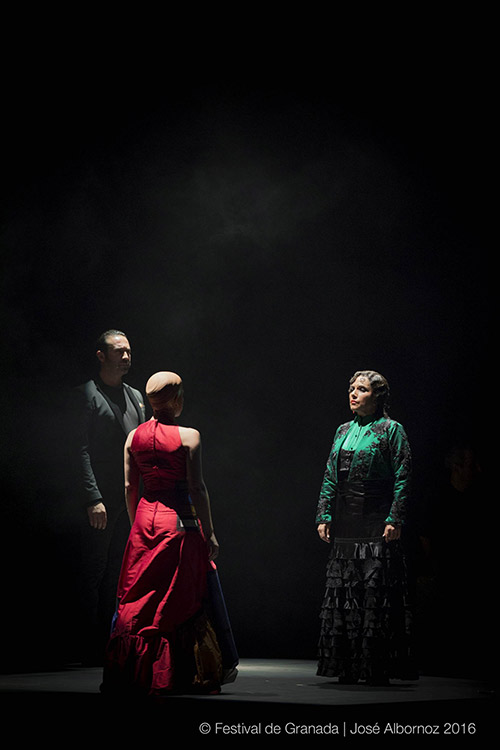