“In flamenco rhythm you have to not be in a hurry, and keep the pulse”

There's no one in flamenco who doesn't know who they are, performers vie for their time, and their names are surely the most repeated on the programs of the Bienal de Sevilla and any festival worth mentioning, even though the folks at Google don't seem to have detected their existence. 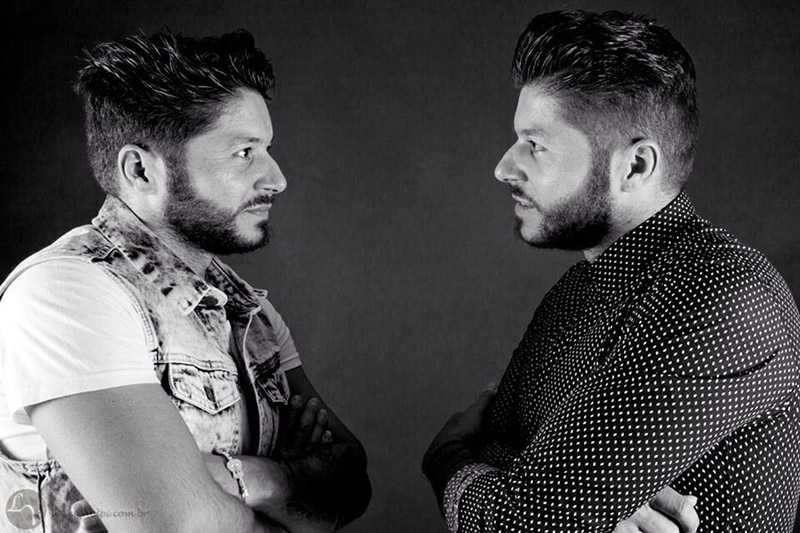 They are Antonio and Manuel Montes Saavedra, or as fans know them, “Los Mellis”.  Two brothers aged 32, from Huelva, who ever since their careers took off with Arcángel, their artistic godfather, have revolutionized flamenco back-up establishing a new way of marking rhythm, paused and precise, far removed from the frenetic style of previous generations of palmeros (people who do handclaps for flamenco).

In March of last year, they caused a sensation in Austria at an imperial Viennese palace singing some of the rumba songs they tend to do in their solo performances, and they've been asked to return in February of 2015.  They don't even need to look at each other for their hands to strike the beat in the same precise moment, always looking for the subtleties.  They are simple, responsible and hard-working.  Two hours before going out on stage they ask for two cups of milky coffee with sweetener, and two toasted ham sandwiches.

– Ok, I figured this would happen.  Good thing you're used to it.

– (Laughter). Absolutely, it happens all the time.

– Not only are you twins, but it seems you magically transport yourselves to be everywhere at once.

– The fact is, we don't stop.  Yesterday we came to Seville to accompany Eduardo Trassierra.  This morning we were recording for Lya's upcoming record.  Now we're with Dani de Morón, and when we finish we're going with Farru.  Tomorrow, Saturday and Sunday, we have a thing in Huelva and then again in Jerez, but that's the two of us singing our own things.

– But where do the Mellis really come from?

– We started out with a group in Huelva called Manguara, but our love of flamenco comes from the family.  Our parents were travelling vendors, and we used to hear our mother sing to herself, and our father always had a recording playing in the car.  In fact, when we were little kids they put us in a percussion group, Los Activos, and that's when we started to do rhythm.  Then we reached a difficult age, and we only wanted friends and motorcycles.  Fortunately we were able to recover our interest.

“In order for people to call you, you have to be very professional and adapt to what they want”

– And what do you have that's so special that all the artists want you to work with them?

– Mostly, professionalism.  Nowadays it's not enough to be good.  What's absolutely necessary is to be responsible, work hard in rehearsal and give your best.  It takes a lot of concentration, and naturally it would be impossible if we went partying every time we're with an artist.  What's also true is we have the ability to adapt to what people ask us to do, and learn it all very quickly.

– Do the Mellis ever say no?

– Never.  What we want is to work and learn from all our colleagues.  We've never refused to accompany anyone.  Like we said, we adapt to the needs of each person. 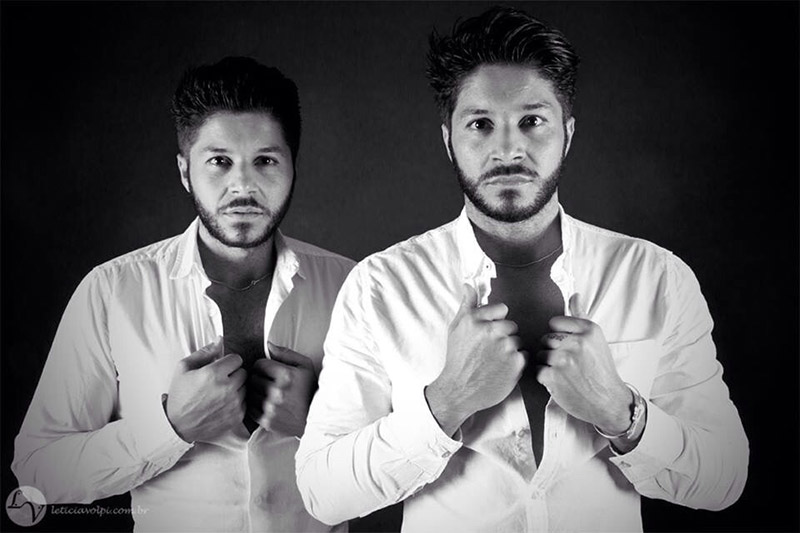 – The fact is, in your work history it's easier to write the names of those artists you've never worked with…

– And what performer would you like to work with but haven't?

– Well, of course, we would have loved to work with Paco de Lucía.  Of current artists, Vicente Amigo, or singers like Antonio Reyes or Jesús Méndez.

– What's the secret for doing your work and not making enemies with anyone?

– It's true that in this line of work it's not easy to maneuver, but we try to be friends with everyone.  Do our work as best we can and respect everyone for who they are.  We don't get involved in anything.

– And if you had to stick your necks out…who's your favorite artist to work with?

– Arcángel for sure, because we started out with him professionally, and we learned the most from him, without a doubt.

– Overall, what's the most useful thing he taught you?

– Artistically, something we insist on is to work with low volume on the monitors, and we recommend everyone do this.

“The palmero can never put himself above the artist”

– Talk has it that you've brought a new way of keeping rhtyhm…do you see it that way?

– With all due respects to the great maestros like Bobote, Torombo and so many others we learn from every day, yes, it's true we know what we're doing.  We see some others who only think about going a mile a minute, and the most important thing for us is to keep the pulse.  The idea isn't to provide a click-track, this isn't about abusing the constant use of slow-downs and speed-ups.

– So, what's the most important quality a palmero must have?

– Having a good ear is fundamental.  You can't be clapping around like crazy, you have to concentrate on playing the palmas and giving the closings, but without failing to listen to what the singer, guitarist or dancer is doing, in order to be on the same page.  We can't put ourselves above the artist, nor raise the volume just when he's doing something important.  Our trademark is probably in our search for subtlety.

– Do you think your role is sufficiently appreciated in flamenco?

– Generally speaking, it's being giving more importance all the time.  As flamenco becomes more professional, importance is being given to our contribution…we ourselves, or the lighting technician because it's clear every element is very necessary.  A palmero can make an artist look good on stage, or hurt the performance.

– It was completely unexpected.  We were singing at a beach bar in Punta Umbría, and Javier Rodríguez Mañas was there, from the Spanish embassy in Vienna, and he proposed we sing rumbas there, which is what they know best.  In actual fact, it was a very exciting experience because we went on, and the entire audience started singing and clapping.

– Will we soon be seeing the launch of Los Mellis on their own?

– It's on our minds.  We don't want to stop doing our own things, but we accompany tremendous artists and see how difficult it is to forge a career, and how after years of experience and struggle, they find themselves waiting to be called from a small venue in poor conditions and with bad sound.  So for the moment we prefer to continue as is. 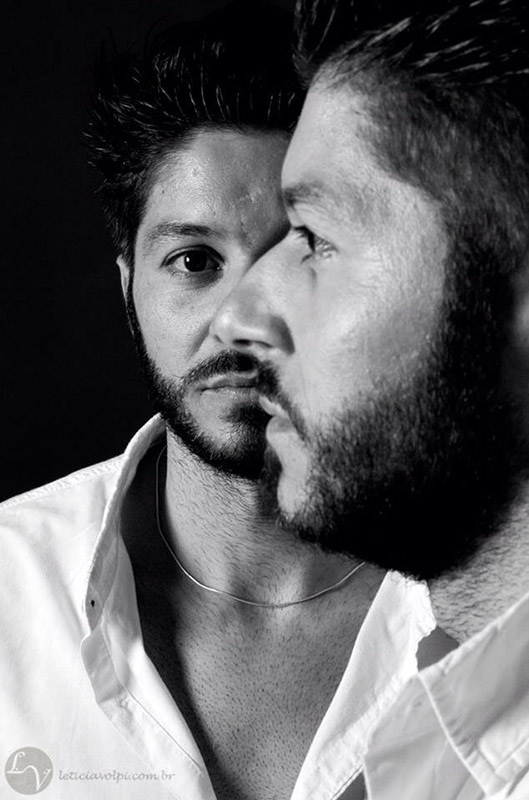 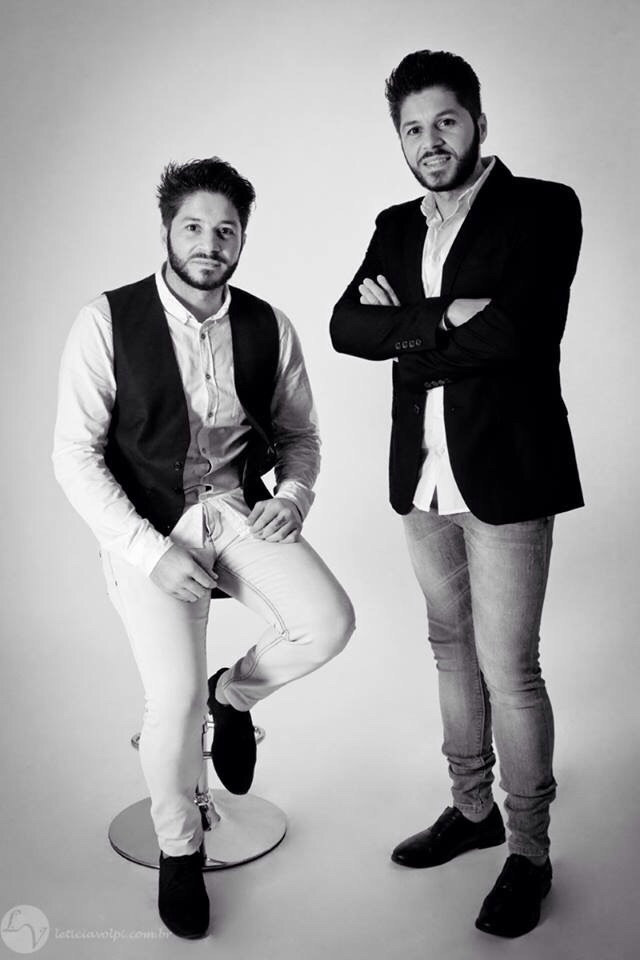 Percussionists and palmeros: the beat of Ciutat Flamenco