That’s how our love is. But… how? Cigala at Pirineos Sur

by Tamara Pastora
in Reseñas, show-reviews

The Festival Internacional de las Culturas Pirineos Sur opened its 26th edition with the presentation of the Madrid singer’s latest recording, Indestructible, and a tribute to Leonard Cohen. The audience, on a night that was already chilly, didnt get warmed up.

There were many ways to connect with El Cigala on Friday night July 14th in a forgotten corner of the province of Huesca.  You could get involved contemplating the Foratata peaks and others that surround the stage wrapped in the magic of the Pyrenees.  There were some who clapped in rhythm, and also those who just feel the raw attraction of a famous name.  There were also people who had read the program, and knew that Diego Ramón Jiménez Salazar would jump around from Cuba to Puerto Rico and Colombia, passing through Venezuela, New York, Miami and the Dominican Republic to present Indestructible, the Madrid singer’s most recent work.

It was well worth it, to tune in to what was happening on stage and dream, the simple heartfelt tribute to Paula Domínguez (better watch that vocal technique in the malagueña), and Rocío Segura (less off-tune this time than in the most recent Primavera Flamenca in Huesca), to Leonard Cohen with a group made up of musicians who had accompanied the artist on his last tours.  Especially good was violinist Alex Bublitchi by the way, who managed to multiply the beauty of an evening that didn’t seem promising.

It was after midnight, and more than 2,600 people were putting up with the cold: a whole year waiting for one of the oldest and most fruitful festivals of Aragón, and Cigala was sure to be good.  How was anyone not going to stick it out, how could it be any other way?  And mind you: I have no intention of erecting barriers; I love flamenco, and I love salsa above all else and if, in addition, they’re presented hand in hand, you can’t ask for much else.  And yet, there were problems.  And I have to cite a few.

Namely, you’ve got Jumitus Calabuch repeatedly pecking out a piano intro, testing the patience of his virtuoso fingers and trying to guess when, oh great one, you’re going to get hooked on the theme.  And don’t you tell me that’s his mission.  I can’t forgive you for that, that you have a great Colombian orchestra at your beck and call, delivering the most solid rhythm, with free-wheeling congas and opportune compliments, putting everything on a silver platter instead of adding his own shine so often written in bronze letters, to his own.  I cannot forgive you Diego, because I feel like hearing the laziness of your vocal chords chiseled in a dark alloy.  One of your saving graces, among others, is that you couldn’t hit a bad note even if you tried.  And the trio of brass is as good as any Caribbean group…to such a point that we could be in Cartagena, Villa Juana or Baracoa, and not in some godforsaken place, freezing in the outback, a place bleeding to death from depopulation.

With Lágrimas Negras, Veinte Años and Cóncavo y Convexo it harked back to an earlier time, and then you returned to be alone with the piano, with nothing held back, and then a lament was heard, but it wasn’t yours. Someone shouted out sing gypsy!, a demand that would not wait, as if you didn’t do it any more, as if the person who said it missed that sound of yours that was no longer there.  As if you had an on and off switch for the gypsy thing.  And you responded with the Nana del Caballo Grande.  Were it not for the fact that you don’t take Camarón for granted, I’d have thought what a cheap trick to win people over.  But no.  Because it’s one thing if Lanuza doesn’t forgive you, and quite another if you don’t forgive.  Here you go, you want gypsy singing?…two cupsful.

Was it so much we were asking of someone who sang for Farruco?  A person in whom the years in Latin America can be seen with that gift in the form of mixed sounds of interminable nights of salsa, merengue, guaguancó in the streets of cities as interconnected with those of Andalusia as it exists in the memory.  Despite the energy and despite everything, there was no connection.  Okay, it was very cold, Diego, but you know as well as I that your legend could have set the event on fire, and it didn’t happen.  It simply did not happen.  And it’s no tragedy…sometimes that’s just how it goes.

In the end, as you were getting ready to leave, you embraced Calabuch, Raúl Jiménez Molotes (one of the historic voices of Huesca flamenco), and you gave an untimely guideline to a big band that didn’t need it.

Paraphrasing Juan Rulfo, for that thing of continuing to pay tribute to Latin America and which should never end, I saw it all clearly:

You passed by just barely grazing the branches of paradise along the way, and with the breeze you created you carried away the last leaves.  Then, you disappeared.

I said: come back. 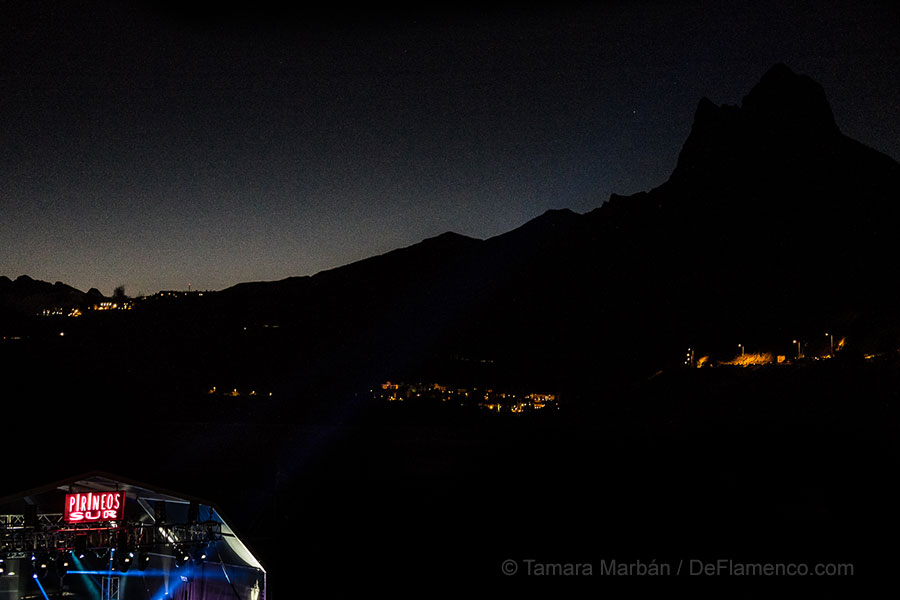 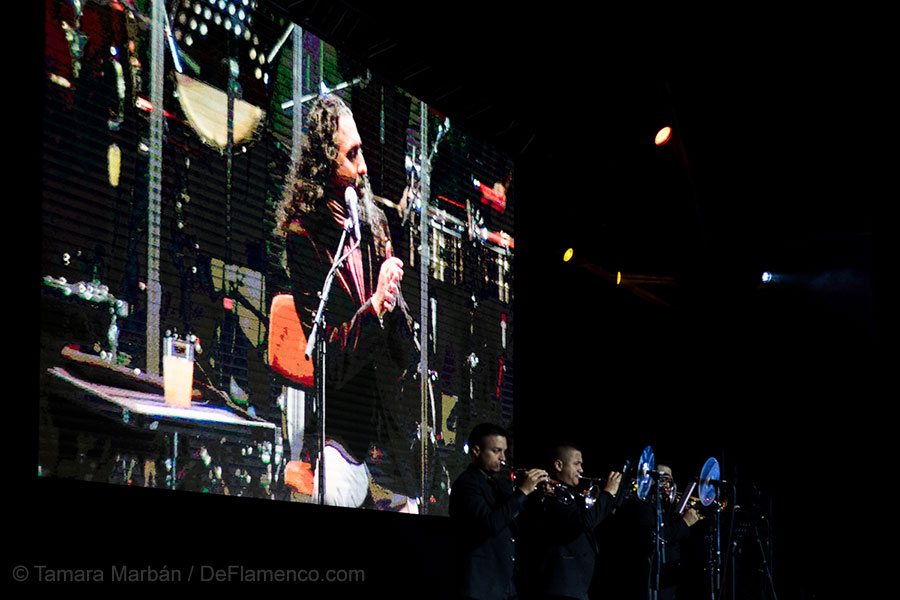 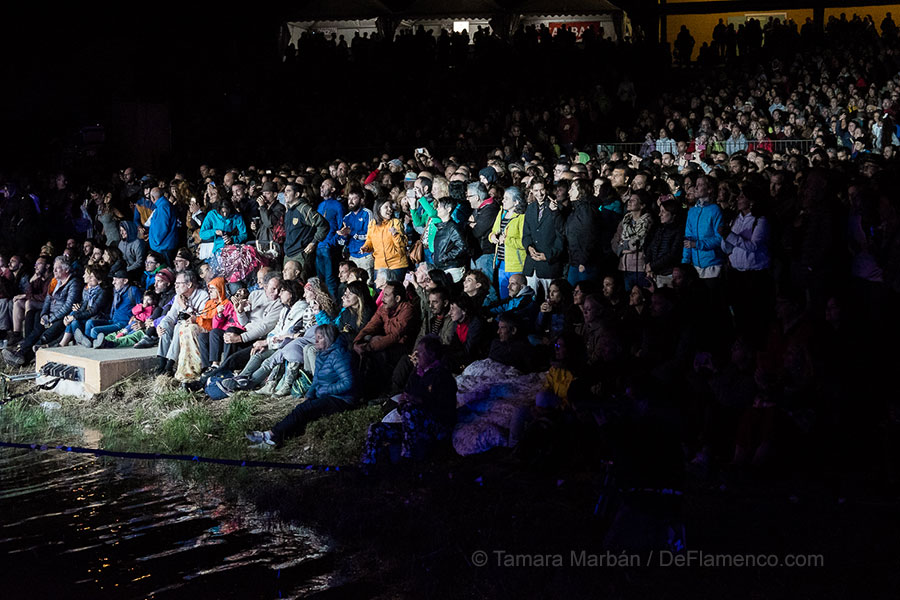 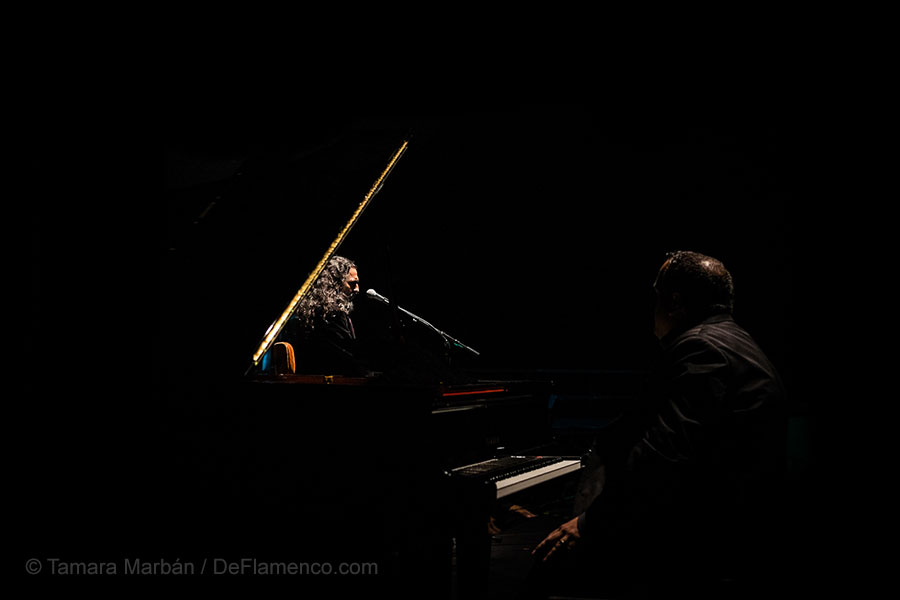 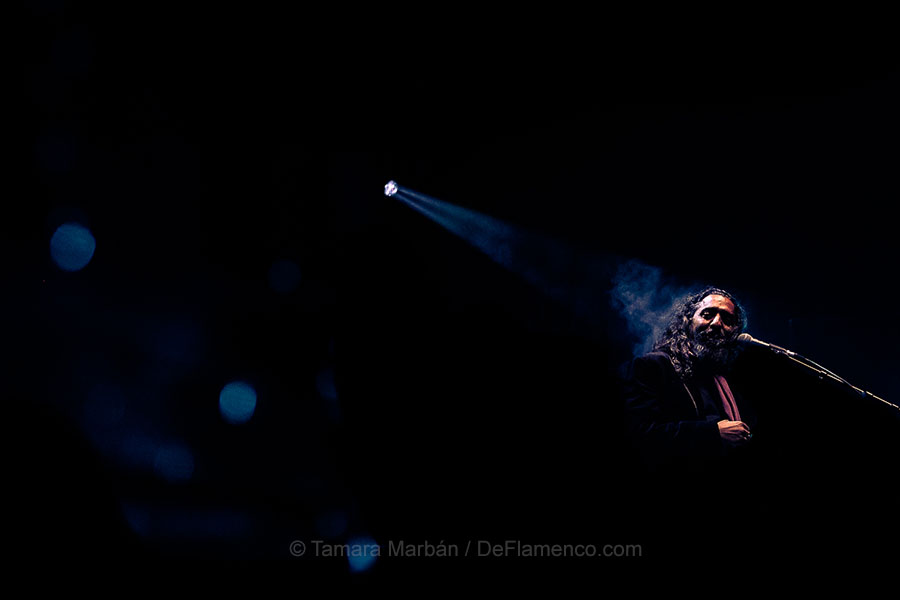 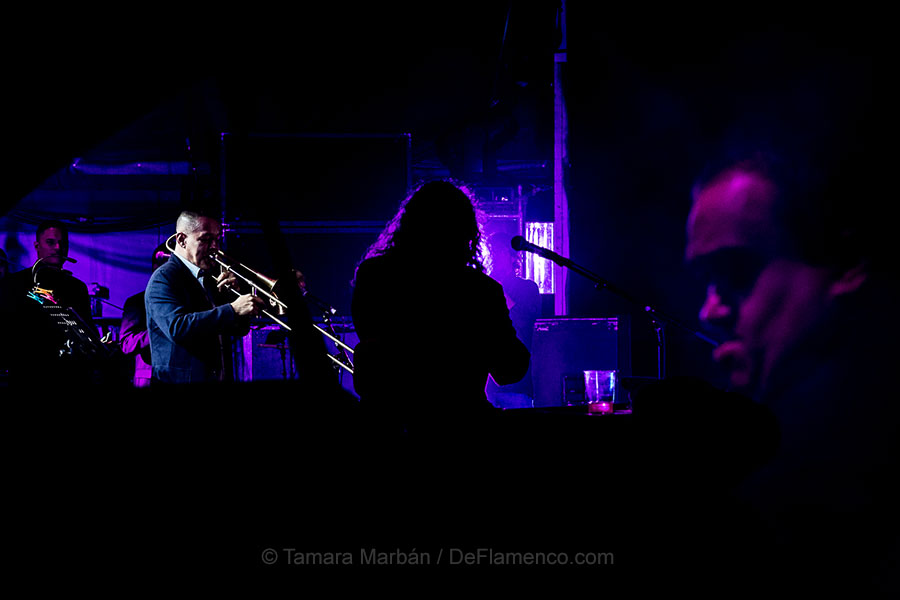 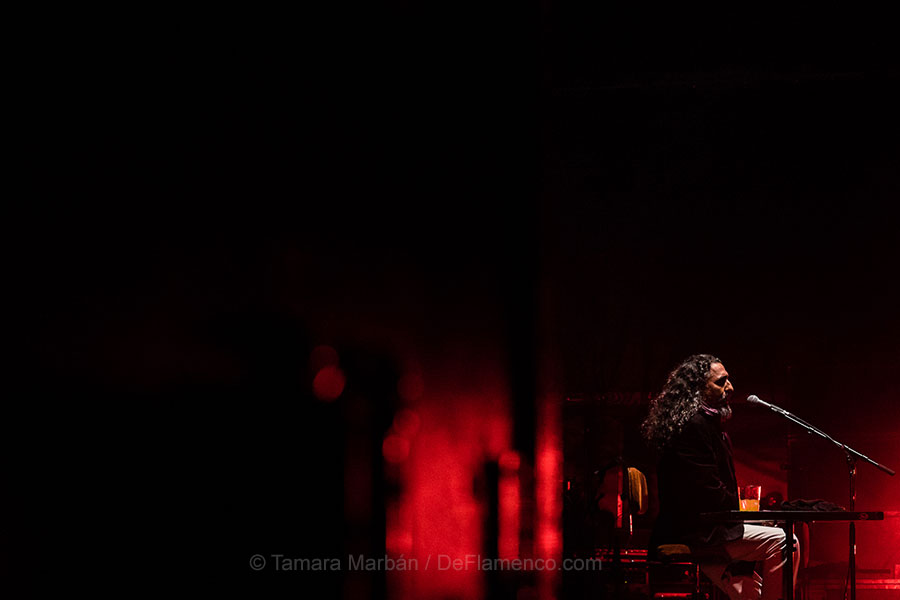 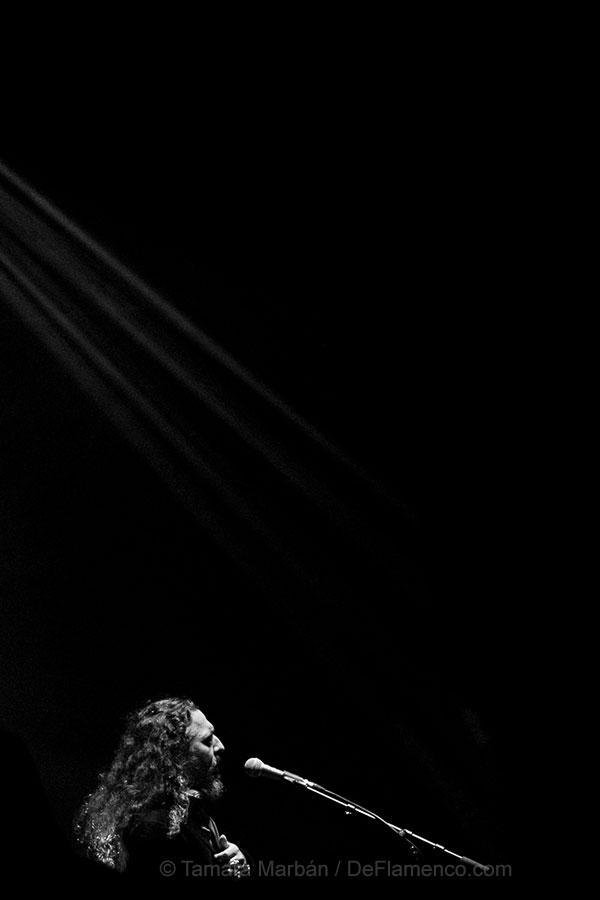