Out of the ordinary

Rocío Márquez debuted “Por qué Cantamos” in the Suma Flamenca festival, a show that puts the verses of Mario Benedetti, Ernesto Cardenal and even William Shakespeare to music, to provide an answer to the question posed by the title, literally, *why do we sing?”  Rocío appeared dressed in black, somewhat nervous, with her characteristic well-scrubbed look and a clear voice, although it took a while until she warmed up.  It soon became clear the Huelva singer was about to answer the question and then some. 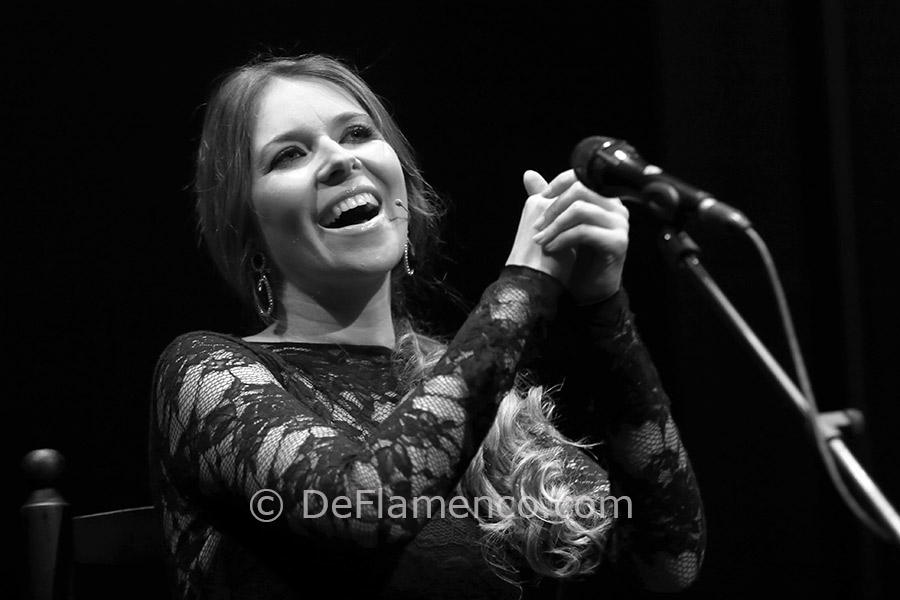 Rocío has a mysterious aura.  She knows the tones, rhythms and scores, and manages them well, she is studious and a good singer.  All this was evident from the outset: in the granaína with which she opened, and the tangos in honor of Morente in which she included verses of Shakespeare and even her version of “La Rosa” of Juan Ramón Jiménez.  She did it well, with no gimmicks, and she managed to make the poems sound flamenco without lessening their importance: neither poets, nor poems, nor the guitar of Miguel Ángel Cortés, always amazing and in just the right place.  But the question was still hanging in the air without an answer, and the enigma without a solution.

She looked to Pepe Marchena to sing a taranta; she’s currently finishing a recording dedicated to the Seville singer.  The singer showed her ability with the Romance a Córdoba sung, recited and interpreted in what would be the prelude to throwing caution to the winds.  Suddenly, Rocío presented El Niño de Elche, and together they did a fine job with Ernesto Cardenal’s 21st Psalm. “¿Porqué me has abandonado?” (why did you leave me), they took turns repeating in every possible tonality.  Rocío’s face was spectacular, the way she clutched her stomach and held her heart, holding back the tears gazing at her partner.  The way Francisco turned his man’s voice into that of an injured child was overwhelming, as was the moment when Rocío, seeming to be almost a religious figure in gesture and pose, transformed into a furious priestess. 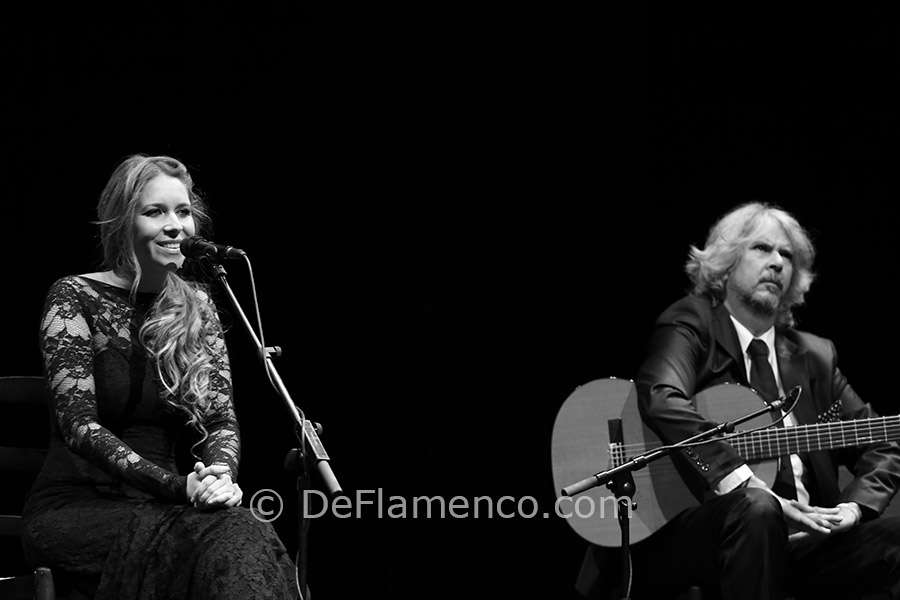 Without skipping a beat or taking time out, she remained alone on stage and got into siguiriyas, “Por qué cantamos”, of Mario Benedetti, answering the question hanging in the air.  Rocío sings best when the material touches her soul.  She showed this alongside Niño de Elche, but now, all warmed up, she fit the verses into a difficult form and came out on top.  The singer let herself go, her gestures were no longer refined, her voice went up a notch, then alternating between high and low, her body turned inward as if she were in pain, her hands were no longer mere accomplices to her being, but a tool for casting the spell:

We sing because the rain runs through the furrows
we are militants in defense of life
and because we cannot and will not
allow song to become ashes.

Many flamenco shows dedicated to poets don’t  work because the singer is not into the verses. Others don’t work because poetry needs words that are clearly enunciated, while flamenco sacrifices whole letters and syllables at the altar of expression and feeling.  Rocío recited singing with clarity and loving care.  But she also spoke words that touch her soul and her being, that inhabit her body and concern her, and this is where she finds the answer to why she sings.  And the end result was a warm, daring and interesting show, very interesting, an adjective not heard that much in current flamenco.

“Bravo!” shouted one from the audience. “Bravo!” again, several times, far more than “beautiful”.  It’s not the norm, but  the thing is Rocío, militantly alive, is thoroughly out of the ordinary. 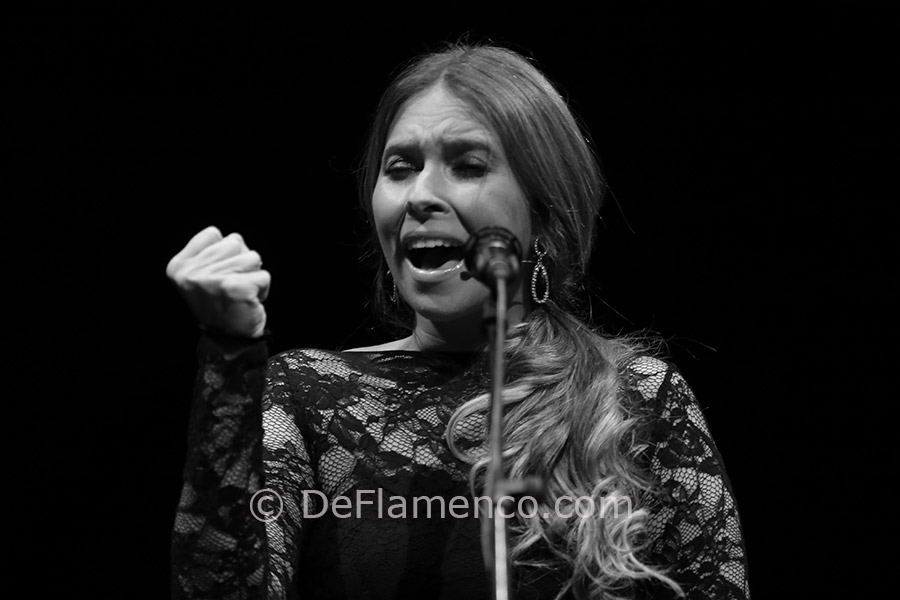 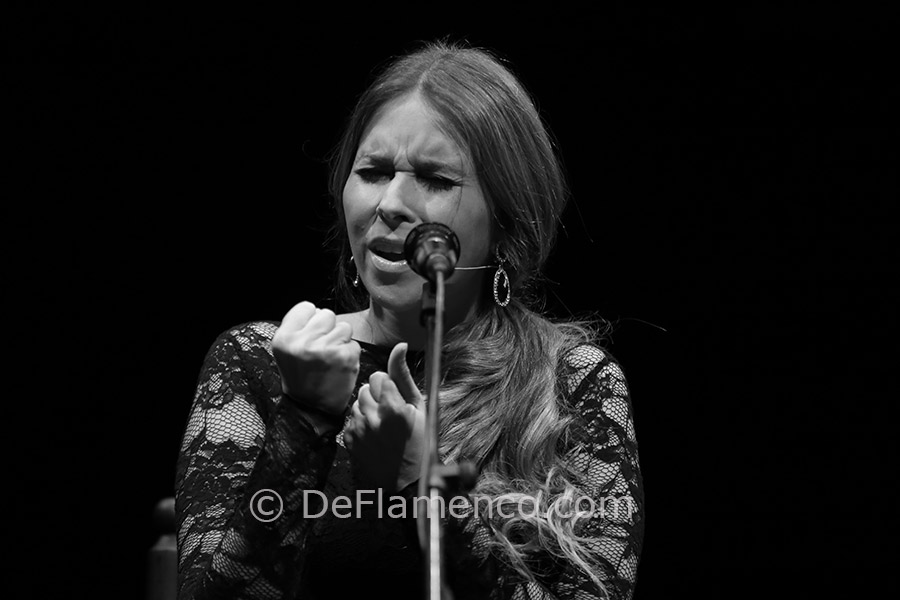 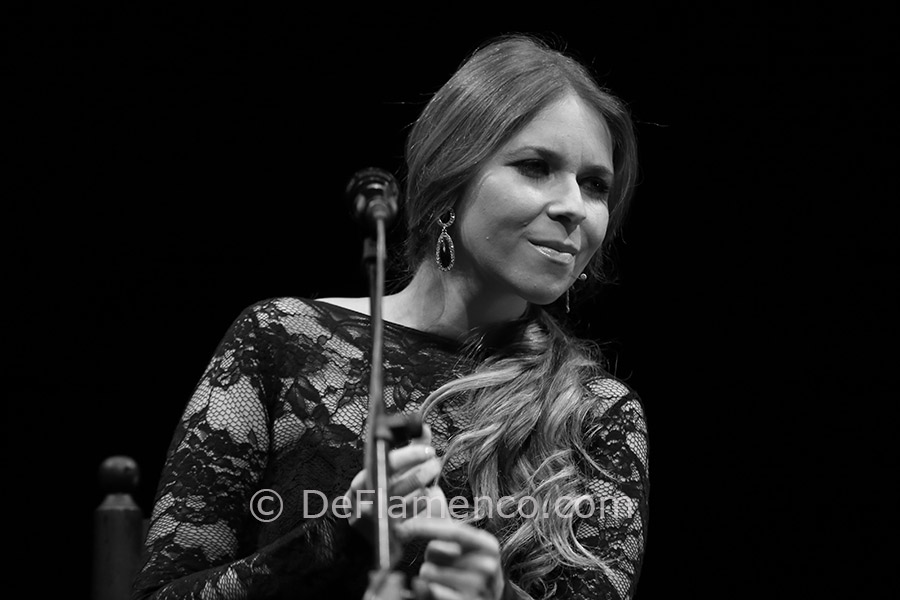 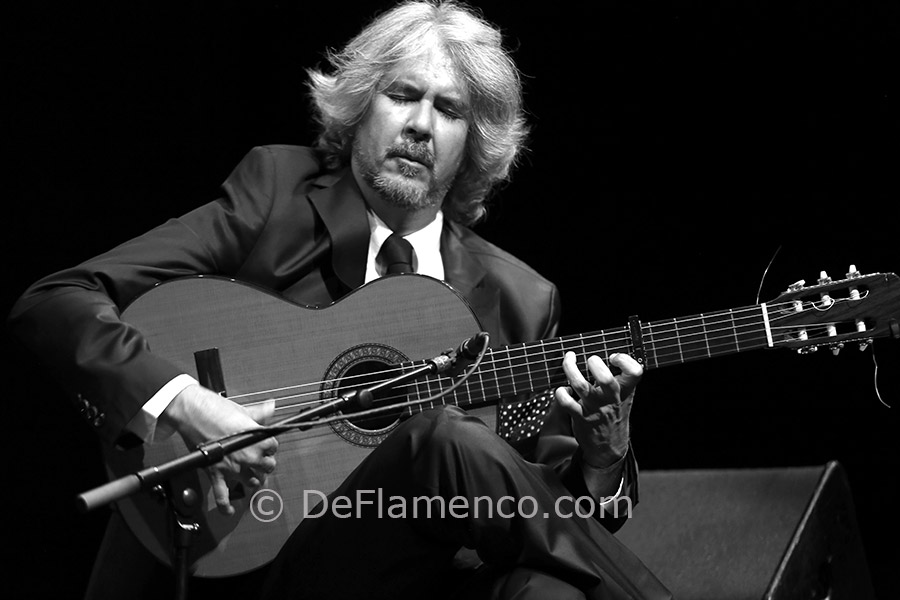 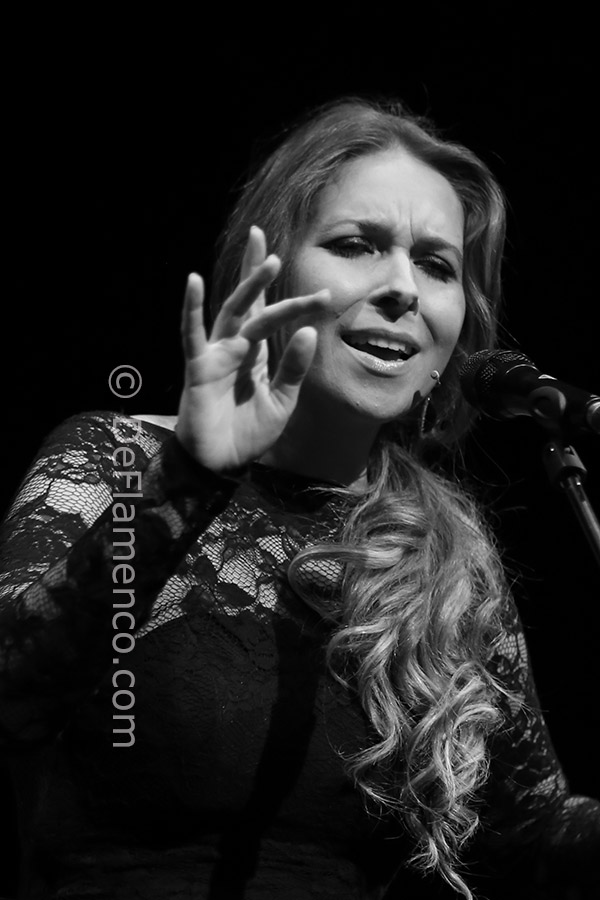 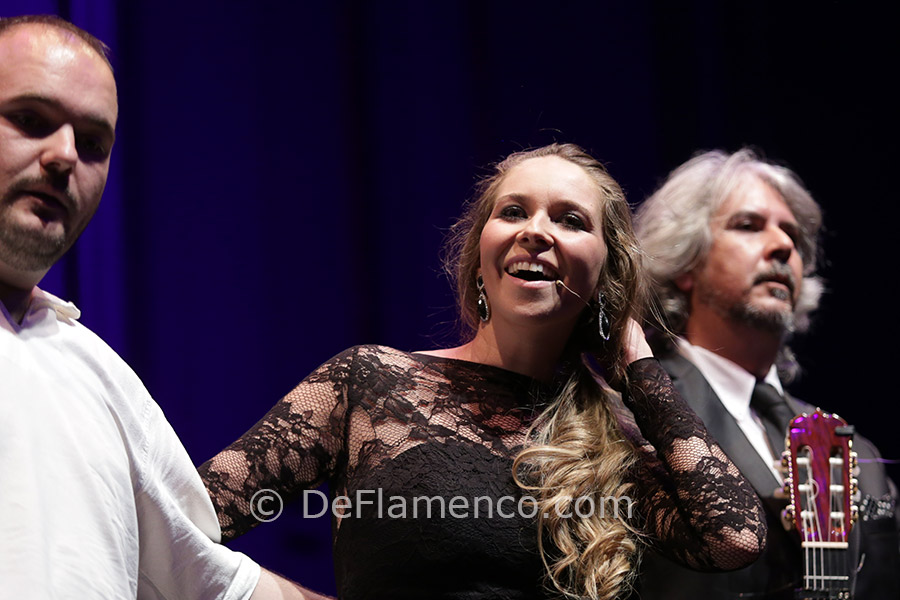