Pepe Habichuela – From here to Morente

Well into the first day of Pepe Habichuela’s anniversary celebration at the Price theater, and the man appeared on stage with his guitar…ovations and butterflies. It’s only normal, and suddenly Enrique Morente on the amplification to accompany Pepe in “that” special moment, and we all felt that way, this was the back-up man for so many years, and now the main attraction.  Kiki Morente was singing very well, some things he does like his father, and others, the way his father recorded them.  What I like is when he crosses melodies and tries different things.  He has yet to release his first recording, so he has us in the dark as far as defining what his own path will be.  Pepe accompanied him as masterfully as always, and then Josemi and Paquete came on, staying to back up Soleá who, with the addition of Montoyita, chose an interpretation from “Despegando”, the record that gave wings to Enrique and Pepe.  The guitars took flight at one point, and verses of Antonio Machado y Antonio Carmona were heard.

I don’t know if there is such a thing as psychodelic alegrías, I suppose it depends on the listener’s complicity, but that’s what it sounded like to me, Arcángel’s alegrías with Pepe Habichuela were a magic potion.  No matter how you look at it, they were above and beyond the average.  Estrella spoke of uncle Pepe as the person who was always present in their life and music, and she sang to the Alhambra and the Albayzín, her home turf.  On guitar were Juan Carmona “Camborio”, Montoyita and Paquete.  It was hard to tell who did what, Estrella took us back to the mystic element, that place where each one seeks out the path to ecstasy, something that was made difficult by one of the television camera arms that had nothing better to do than move up and down without any logical plan. Let me explain…if we’d been behind an Orson Welles type from Touch of Evil, we would have known he’d been filming a sequence, but nothing like that.  He’s the kind who directs the scenes with St. Vitus’ dance, and never achieves the shower sequence of Hitchcock.  Let’s suppose we’ll see it on channel 2.  Arcangel got his revenge in the fiesta finale when he came out bare-chested (and unamplified) which triggered a nervous breakdown in the director who finds himself with a guy singing for him in the second row.  He sends a camera to the foot of the stage which luckily was able to catch the singer, and which inevitably faded to black and the above-mentioned turned his back.

It didn’t escalate into a full-fledged conflict because there were empty seats, and the ushers, for once, were aware of the problem, and the irritation of those affected.

And the presumed reunion of Ketama took place (without Antonio Carmona, who was recalled by family and friends all throughout the night).  On one side, Camborio, and on the other, Josemi Carmona, and behind them, Kiki Cortina doing chorus (fabulous in the reunion of Shongai with Toumani Diabaté), but Manuel Machado was also there on trumpet, and Valentín Álvarez on tenor sax, and the band was rounded out with the profound rhythm of the Habichuelas.  More or less the same band of the album “De Akí a Ketama”.  Kiki Morente came on with “Vengo de Borrachera”, Juanito Makandé with “No Estamos Locos” and José el Francés with “Se Dejaba Llevar por ti”.  After that he insisted on singing a fandango without prior warning to the boss, Josemi, who took a moment to get back into the acoustic groove, and did it very well.  It all ended with a fiesta finale with “Vente pa Madrid” for an audience glued to their seats.

The dancer of the night was Antonio Canales who, with his portly body continues to be in harmony with dance.  He returned to the stage barefoot in a fiesta finale that included several bulerías dance bits by Estrella and Soleá, singing a Las Grecas tune together.  Then Amparo came out, the matriarch, and Pepe, Josemi and all the nephews and the rest of the family behind them. 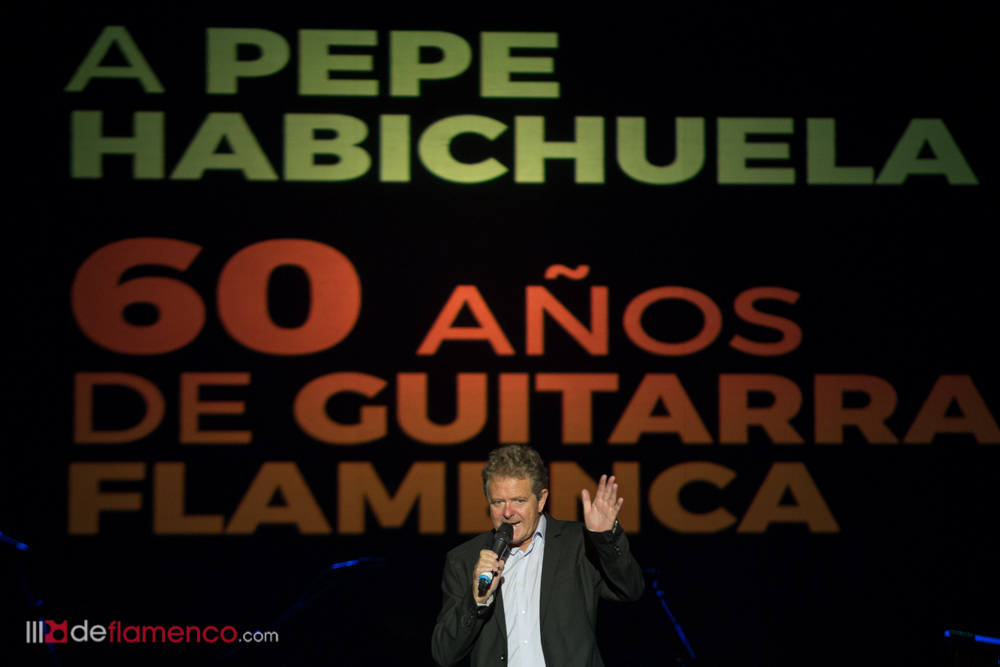 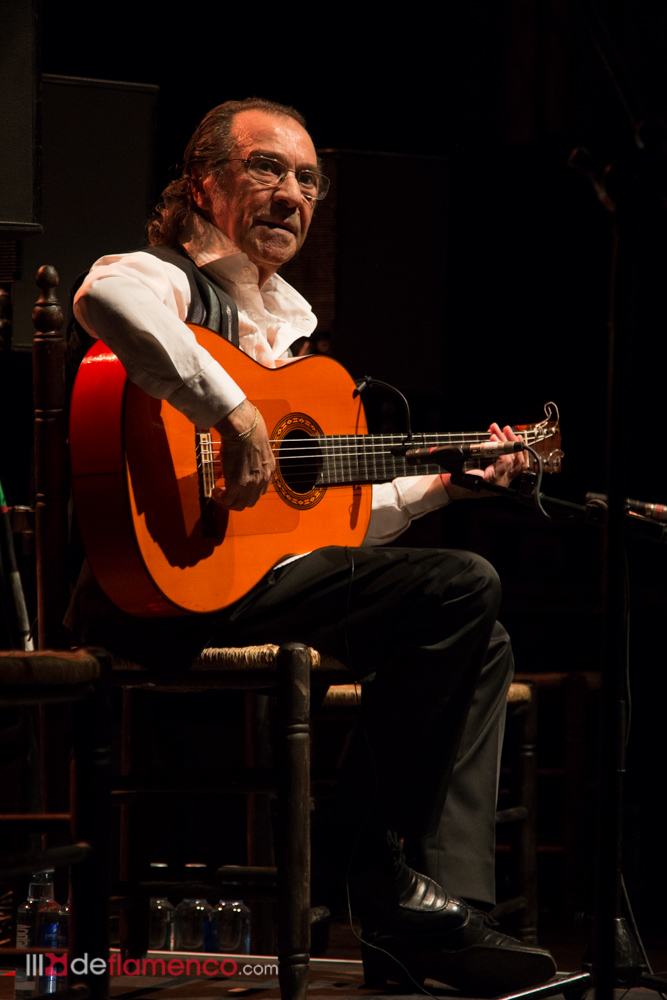 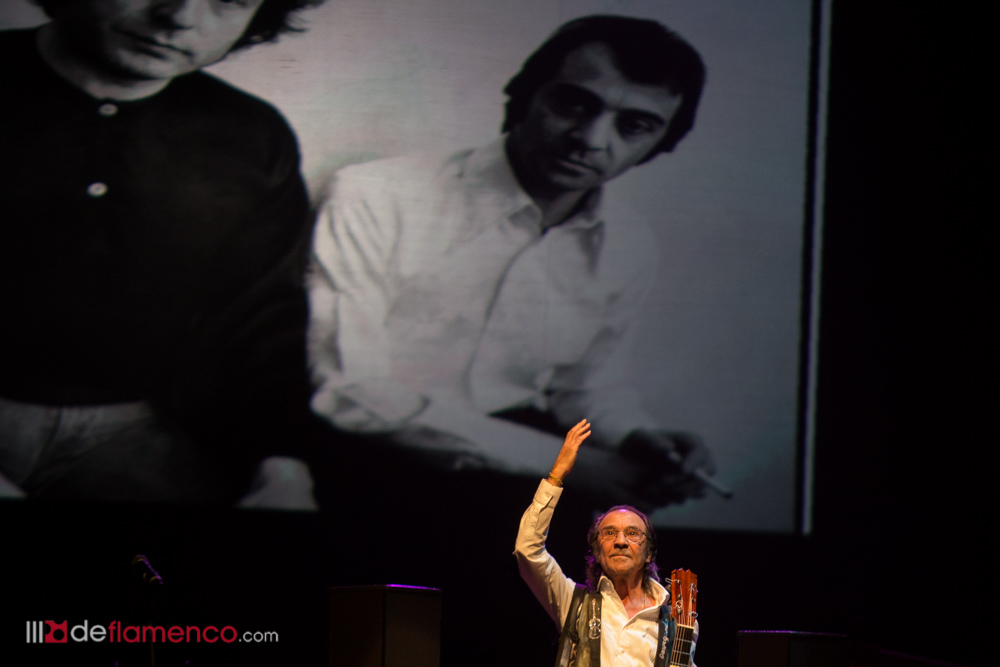 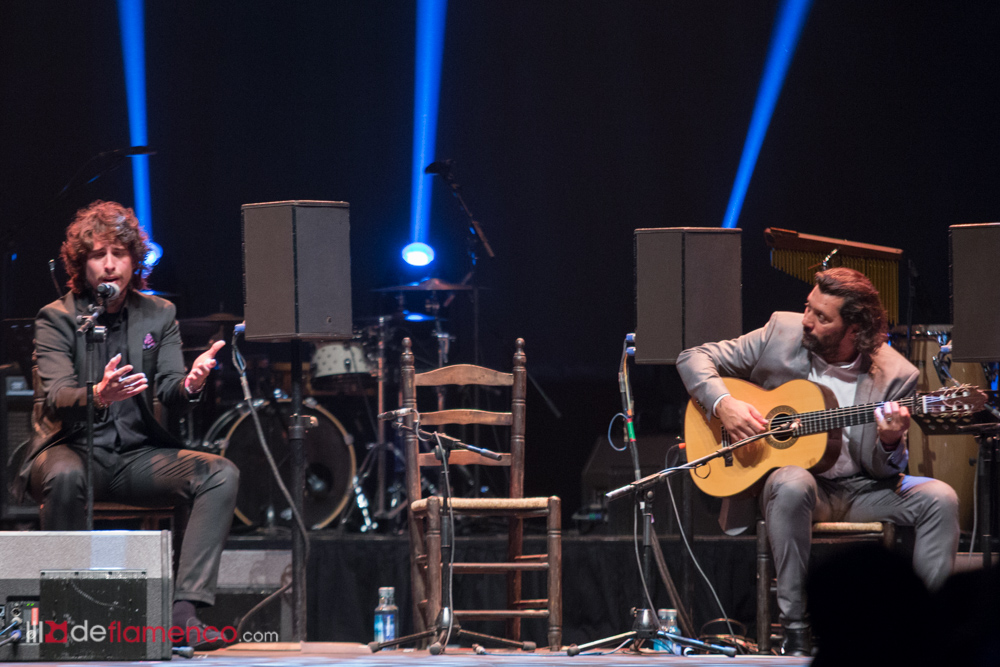 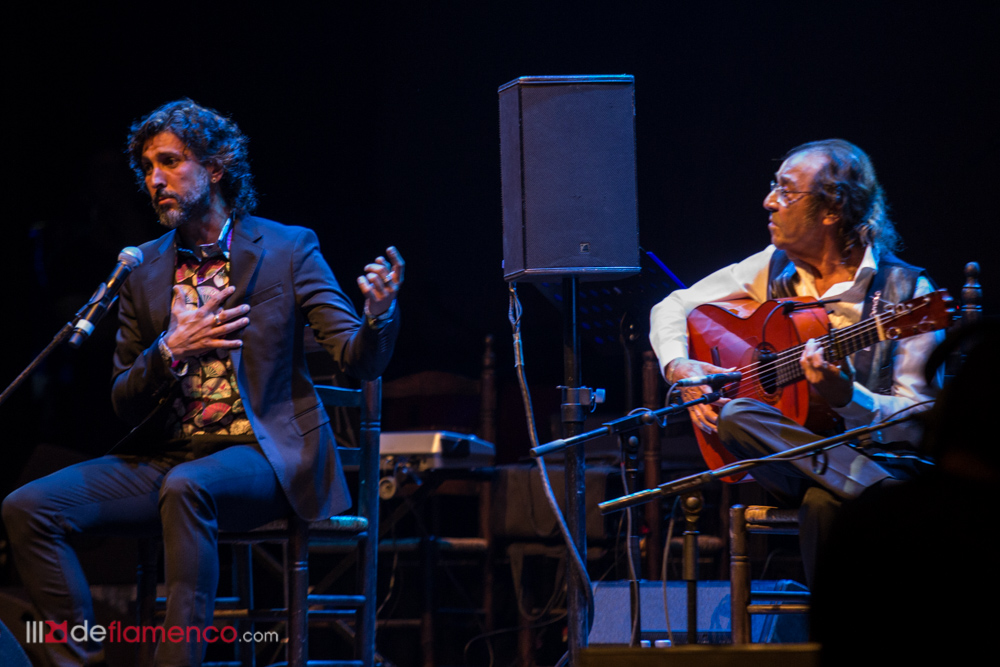 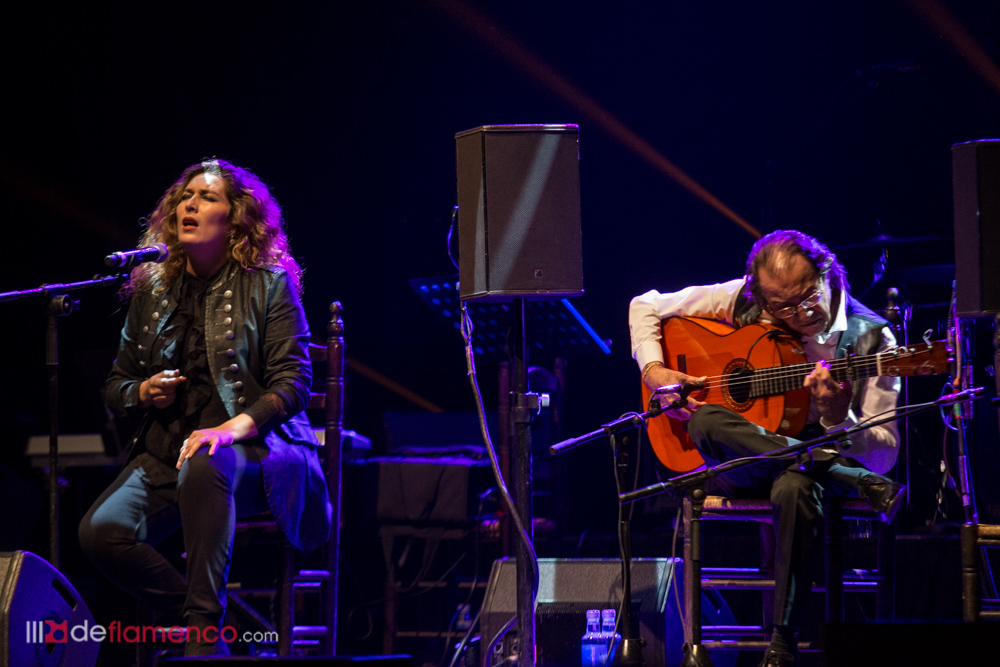 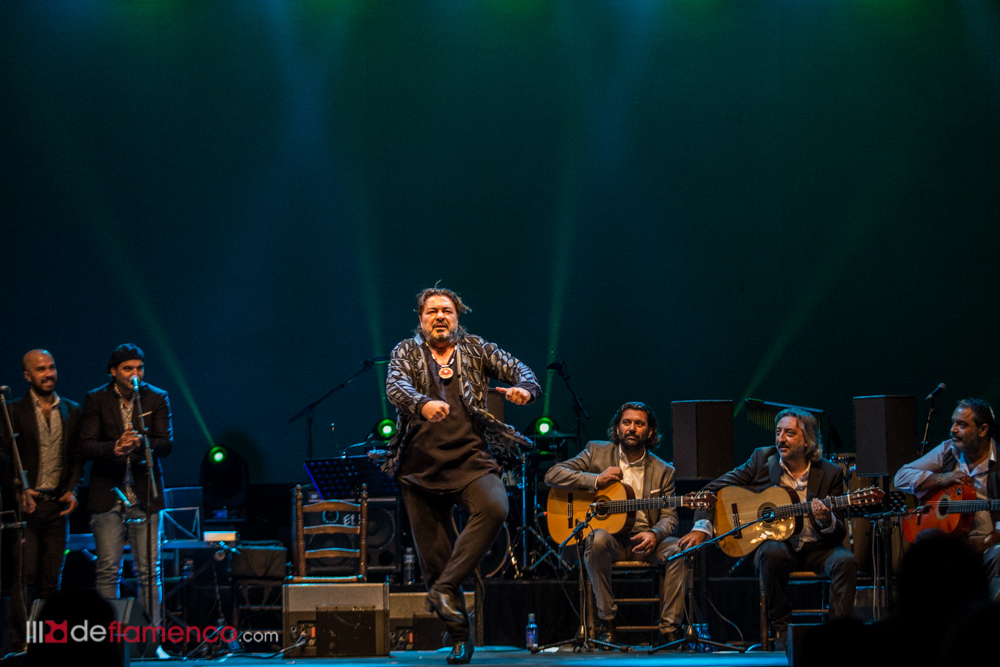 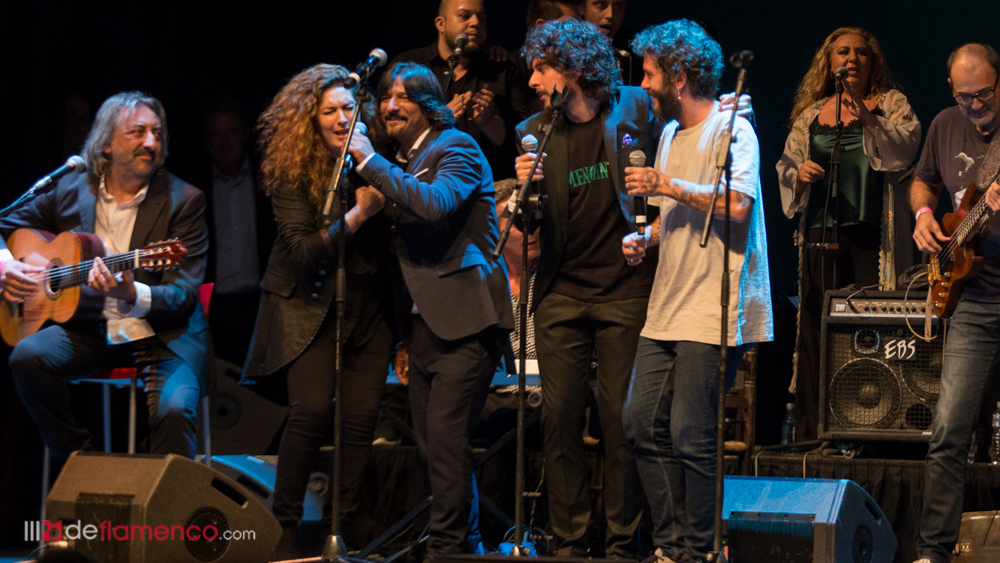 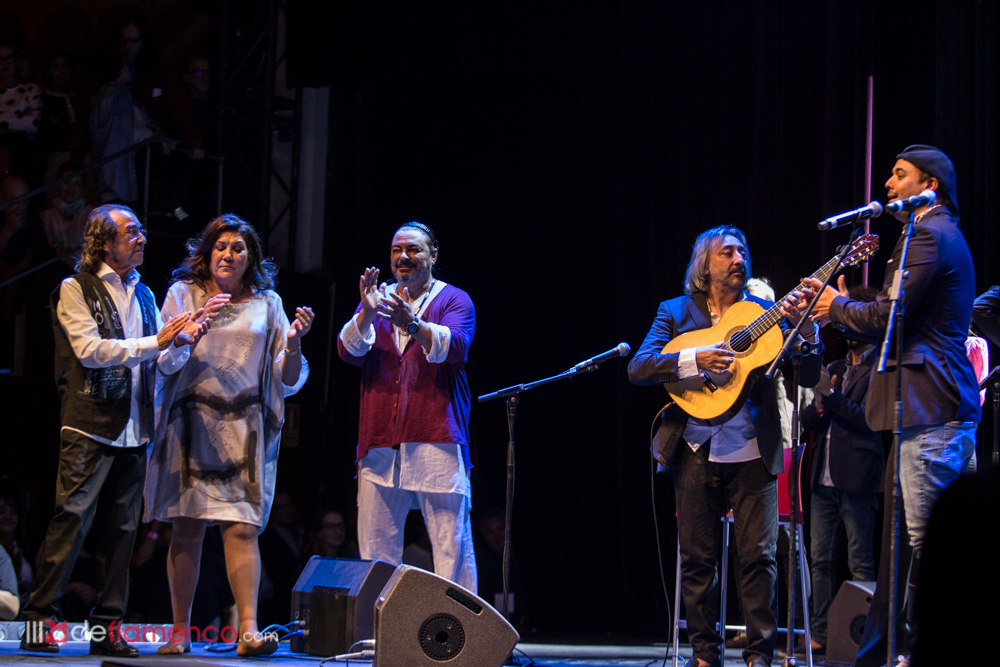