There is only one truth. It makes no difference if now it's fashionable to say “my truth”, rather than “my version”, most likely having been infected by pink and yellow, the main colors we get on TV.  A few days ago Mayte Martín complained that people only want to see shows on the small screen.  Because the most touted is not necessarily the best, what nonsense. 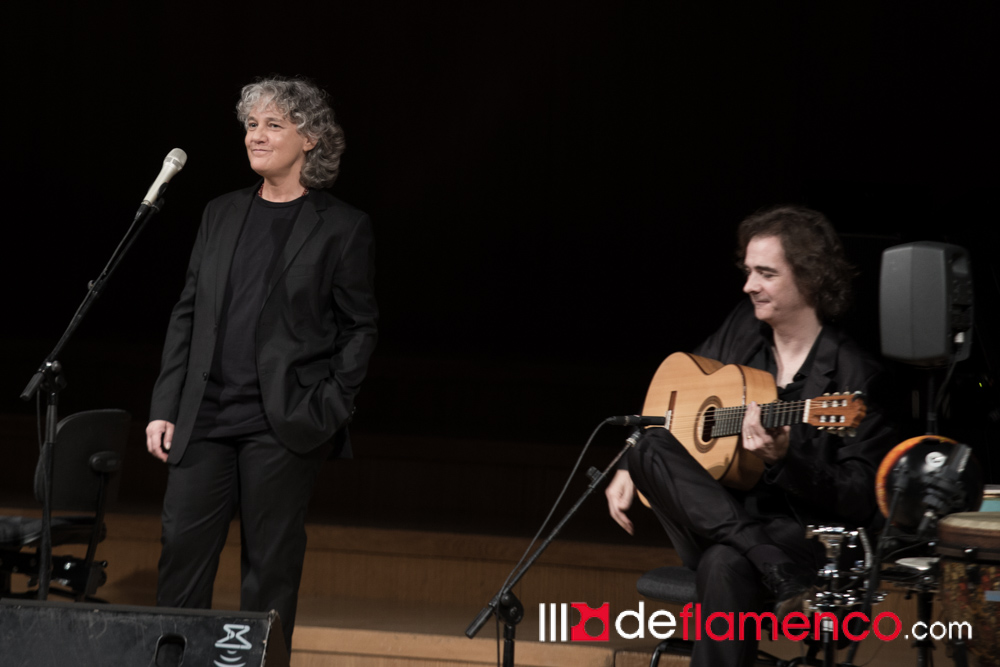 Last night the Catalonian singer presented “Al Flamenco por Testigo” at the Sala Sinfónica del Auditorio Nacional de Madrid.  The repertoire: milonga, fandangos, tientos tangos, soleá, bulerías.  Verses of Porrina, and Pastora, sounds of the greats, echoes of Macandé…  Is that really a debut? you might wonder if you're accustomed to everything being new, recent, novel.

Yes, it was a debut.  Because Martín did what she knows how to do, which is to bring the familiar to our times, and join, for example, Juanito Valderrama's “Rosa Cautiva” with music by Gabriel Fauré without the result being orthopedic, pedantic or phony.

The audience took a while to get into the recital, which was in the line of “Por los Muertos del Cante”, her last show.  This time, Martín had a new group: Salvador Gutiérrez and Pau Figueres on guitar and Chico Fargas on percussion.  Three ideal musicians for her, three delicate overcoats to sweetly accompany her.  There wasn't a single beat out of place, nor an extra note, nothing standing out.  Because the truth sprouts on its own, all you have to do is make way for it.

To name the cantes Mayte interpreted in this debut would be absurd.  You have to see her and hear her.  You have to go and feel the sublimation: that kind of miracle of chemistry that turns gas into solids.  That's what this singer does: take a difficult cante, the most unyielding, the rock from which all things emanate, to mutate into ether that permeates the skin and stirs emotions. 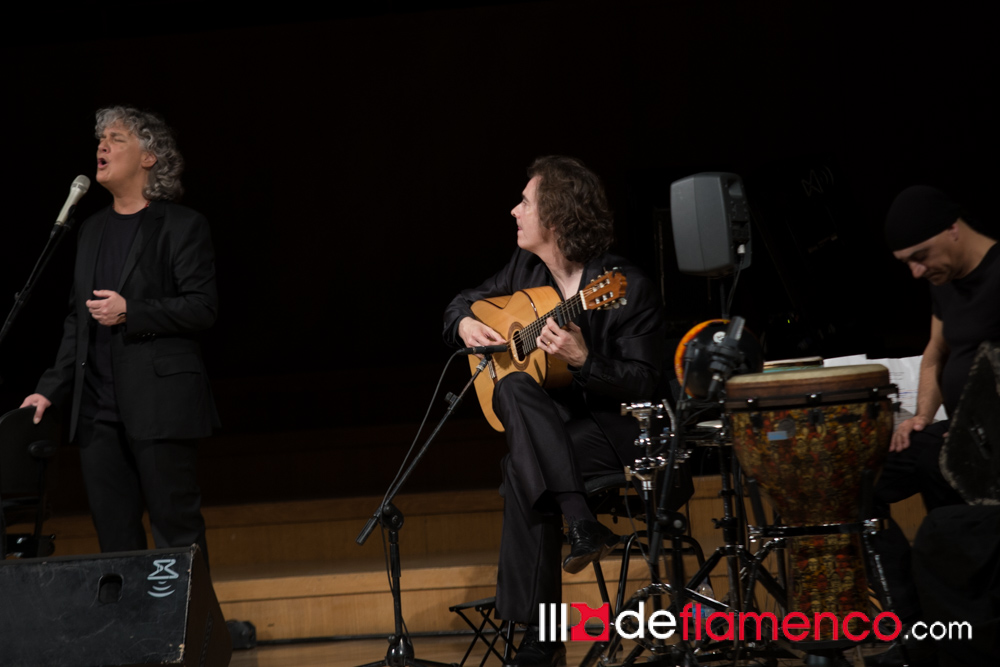 Martín is currently the only person who can take on Macandé and make him sound new.  The only one who can make the audience forget that the Sala Sinfónica has impossible acoustics.  The only one able to turn bulerías into lyrical songs without losing the fury.

That thing Martín does of putting pieces together, linking songs and eras, is no disguise. Because she doesn't dress the songs up modern, nor does she conceal them or reduce them or sweeten them  She gets right to the heart of things, to what you and Porrina de Badajoz share.  She deals with our common ground: a soul, a heart, the skin.  The deepest part.

The shivers you sense in the audience is the most difficult thing a performer can achieve.  She does it so well, that it's easy to think anyone can do it.  That's not true.  Mayte isn't unique only for having certain qualities and knowledge, she's the only one who can do things like “Al Flamenco por Testigo”, because she is brave.  That's how you have to be to face the truth which is crude, solitary, ungrateful and uncomfortable because it doesn't allow modification and doesn't change, no matter how much you torture it.  And those are qualities that do not abound in Spanish music, nor in flamenco.