The name Manuela Carpio may not ring such a loud bell outside of Jerez as those of other interpreters from this city.  However, she is one of the most admired artists and teachers in this town that claims to be the birthplace of flamenco.

Manuela Moneo Carpio.  If one picture is worth a thousand words, those words, or names, speak volumes.  They speak, above all else of Jerez, and of the importance accorded to a form of musical expression firmly linked to a city whose identity can be summed up as wine, horses and flamenco.  They also speak of an art-form handed down from parents and grand-parents, to children and grandchildren in the most natural way, a tradition with such deep roots that some people even believe in a flamenco-specific gene only found in Jerez. Moneo and Carpio…that’s a mouthful that speaks of the most time-worn flamenco of the San Miguel neighborhood known as the Plazuela, one of the fundamental pieces of the Jerez artistic landscape.

On this occasion, the program notes were beautifully uncomplicated, no conceptual script to study before the curtain went up.  Alegrías, martinete, bulerías, soleá, rondeña, siguiriya, tientos tangos and a bulerías fiesta finale.  Straightforward flamenco.  Each year the organization of the Festival de Jerez programs at least one show to suit the specific taste of locals, who are accustomed to the most classic sort of flamenco recitals, presented at flamenco associations and “tabancos”, a Jerez word that refers to old wine shops or taverns.

The temperamental niece of Manuel Moneo, Luis Moneo and Juan Moneo “El Torta”, recruited reinforcement from the north for the occasion.  Singers Juan José Amador from Seville and adoptive son of Utrera, Enrique “El Extremeño”, and another Seville artist, dancer Luis Peña.  Also contributing his musical perspective was the Málaga guitarist Juan Requena: in the hands of experts, the universal language of flamenco enables perfect communication.

Manuela Carpio’s singing and dancing in the fiesta ending, recycling a song of Dolores de Córdoba, was noteworthy, and Tomasa la Macanita, singing for Manuela’s soleá was nothing less than spectacular with the dramatic ending of Paquirri in the version of Fernanda de Utrera. 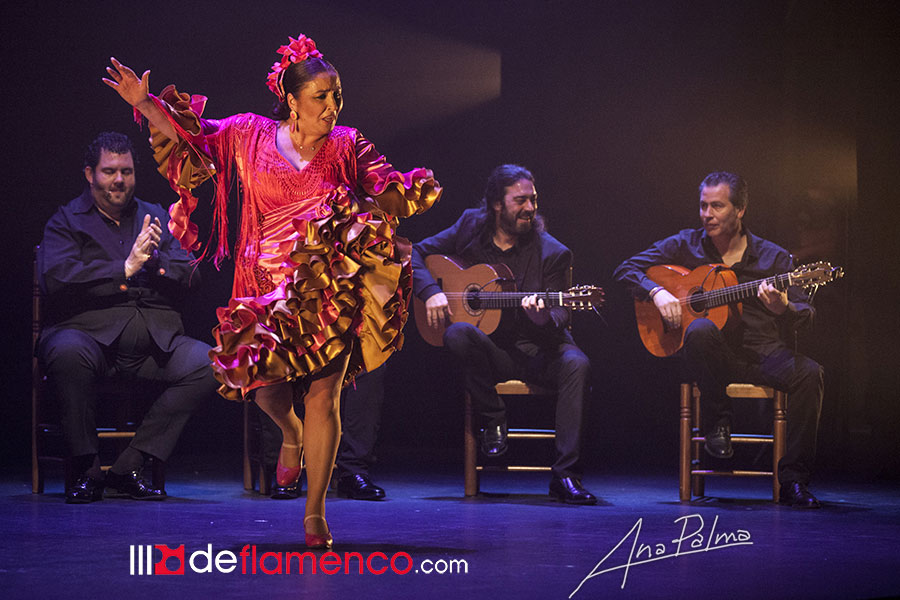