LISÍSTRATA: A WAR WITHOUT EMOTION 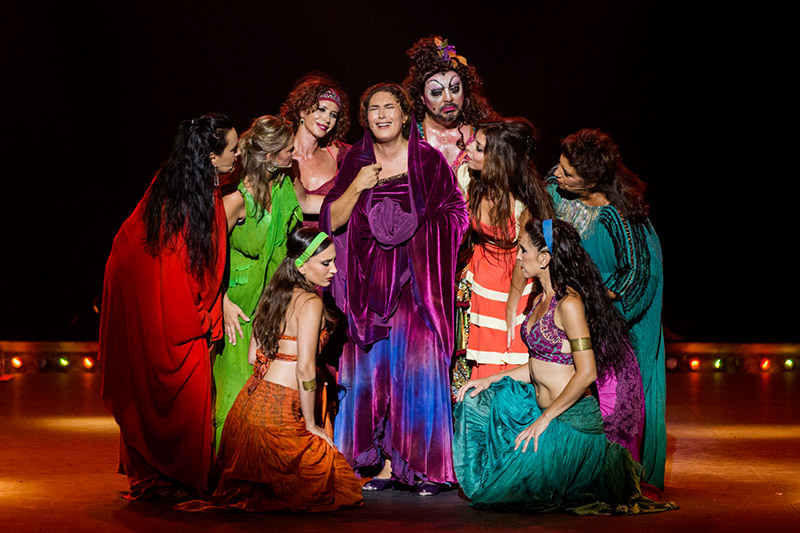 Last night, the Bienal de Sevilla was inaugurated with a show of musical theater recently debuted at the Festival de Teatro Clásico de Merida, under the direction of José Carlos Plaza, and with three key figures topping the bill: Estrella Morente, Antonio Canales and Aída Gómez.  A version with new script by Miguel Narros based on Aristophanes' comedy, with the objective of communicating the sexual rebellion of women as a protest against the absurdity of war and the denial of basic freedoms, all told in the language of flamenco.  An ambitious project which, in the end, had little or nothing to with the expressed goals.  Not as theater, nor as flamenco, nor drama, nor humor, nor entertainment.

Estrella Morente, absolutely impeccable in her part, ended up taking the reins of a battle wrapped in absurdity in which no one seemed interested in fighting. The total weight of the project fell upon her and her interpretation of Lisistrata, energetic, impetuous and carnal, a show lacking in dramatic content, rhythm, depth, and above all, emotion.

In the first place, music which, although at moments dovetailed with some of the dialogue, had an overall effect that was flat, monotonous and saccharine.  The infinite capacity of flamenco to transmit tragedy and joy, was transformed into a pop-song soundtrack of alegrías, bulerias, tanguillos, soleá…despite Morente's best efforts, and occasional bits of brilliance in fandangos.

The total absence of staging intent was of no help, with choruses that were completely out of place, and which added nothing to the overall effect; nor the underused male dancers, with people like Eduardo Guerrero and Mariano Bernal, whose brief appearances were the most applauded of the evening by people who expected something flamenco.

And yes, Canales made a fine show of his command of comedic acting in his part as the grotesque cross-dresser, and, especially, as police commissioner reading a text, to the rhythm of tangos, with the complicity of his feet and eyes.  Also, the subtlety and sensuality of Aída Gómez provided one of the most beautiful moments of the evening.

But «La Guerra de Mujeres» is, or was supposed to be, as we said at the start, a theatrical work that served to open the Bienal de Flamenco de Sevilla.  And it lacked coherence, and the opportunity was lost to stir up and stimulate which is, after all, the ultimate objective of all art.  What's even worse, we're left without flamenco, and this just isn't even funny. 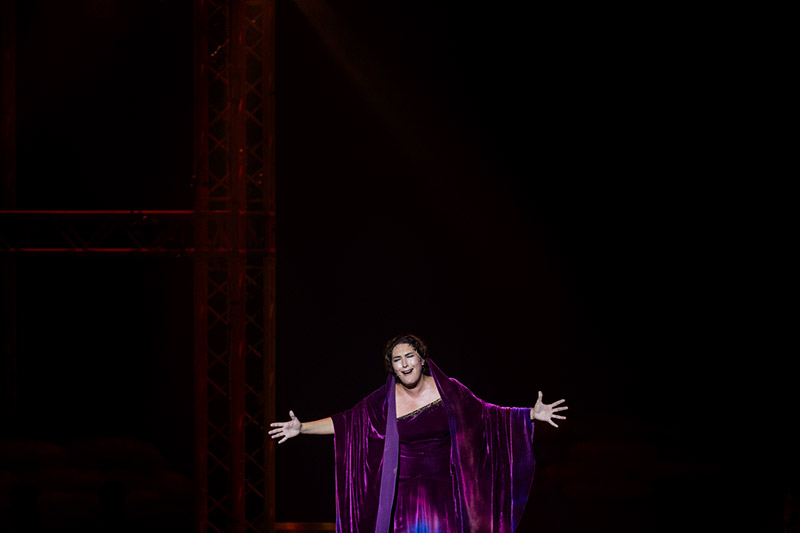 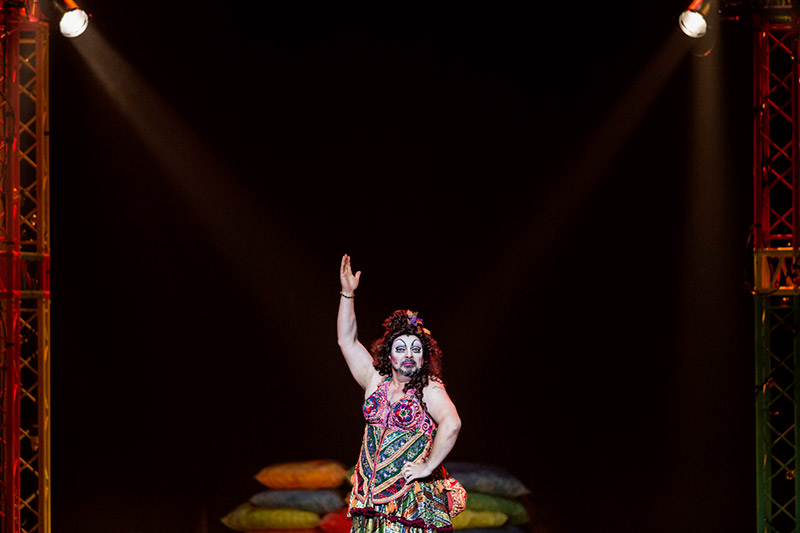 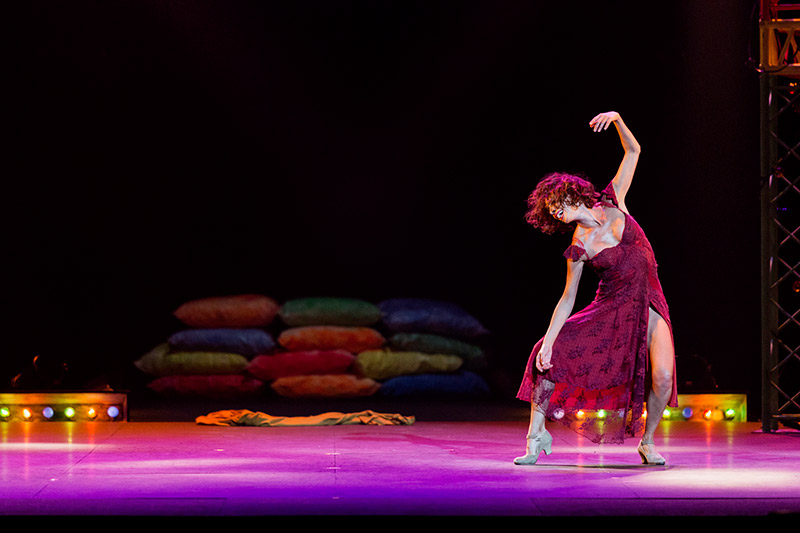 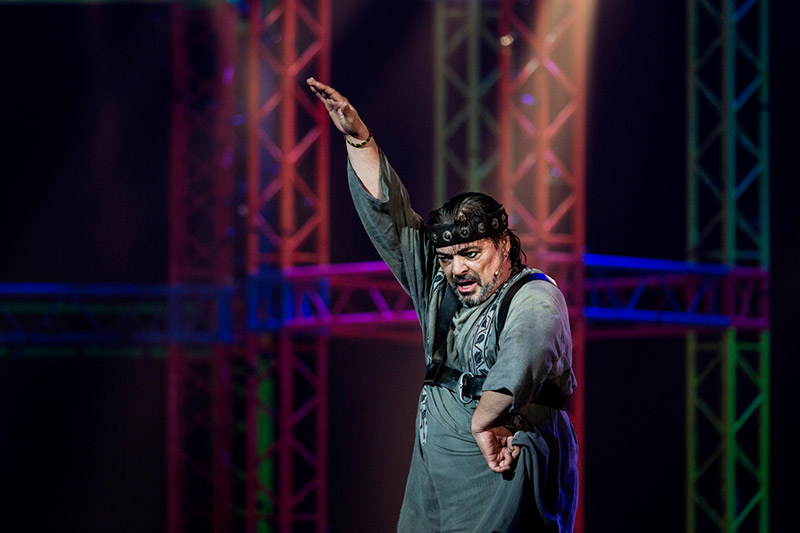 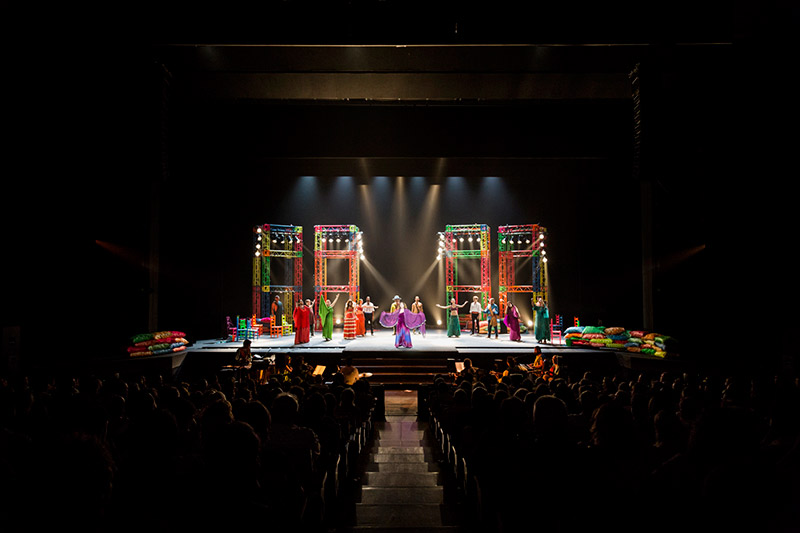